Super Mario 3D World came out on the Wii U back in back in 2013, and while it sold well, it didn’t come anywhere near its full potential due to the Wii U’s sales struggles.  Now in 2021, Mario and the gang are getting a second chance at success with Super Mario 3D World + Bowser’s Fury on Switch.  In this package, the original Super Mario 3D World has been spruced up with online play for four players, but it’s the Bowser’s Fury mode that everyone’s talking about.  This brand-new adventure features a fresh location, unique story, and Bowser like we’ve never seen him before!

In Bowser’s Fury, Mario is whisked away to Lake Lapcat, a series of islands that are inhabited by cats.  While Lake Lapcat is usually a peaceful hangout, things have recently gone awry with Bowser’s arrival.  Toxic black sludge has started covering the normally pristine waters, and it’s slowly corrupting everything.  That includes Bowser himself, who has become a larger-than-life villain dubbed Fury Bowser.  It’s up to Mario to save Lake Lapcat by clearing the islands of the dark goop, while also subduing Fury Bowser. 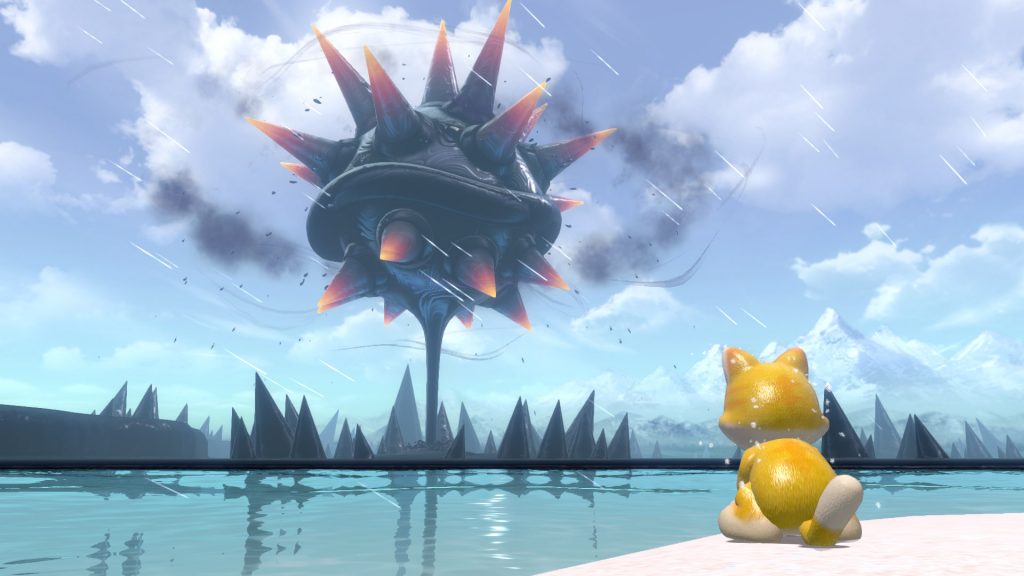 Bowser’s Fury plays out much like one of the kingdoms you’d find in Super Mario Odyssey, but on a larger scale.  Your objective is to explore Lake Lapcat and hunt down Cat Shines as Fury Bowser slumbers in the background.  As you make your way through the adventure, Fury Bowser will awake from his sleep to wreak havoc.  While it can be hard to dodge Fury Bowser’s numerous fire attacks, they can also pave the way to new areas.  Bowser’s onslaught will create new platforms for Mario to clamber on, granting access to hidden spots and more that could be hiding Cat Shines.

Once Mario collects enough Cat Shines, he can unlock a major new power-up for himself.  Lake Lapcat plays host to three humongous Giga Cat Bells.  These can only be accessed by collecting Cat Shines, as they’ll clear off the black goop that’s blocking them.  When a Giga Cat Bell is available, Mario can collect it to become Giga Cat Mario, which is a Godzilla-sized version of regular Cat Mario.  Now instead of dodging Fury Bowser’s attacks, Mario can stand toe-to-toe with the behemoth for a kaiju showdown.  Fight back against Fury Bowser and knock him out to clear a path to even more islands for normal-sized Mario to explore. 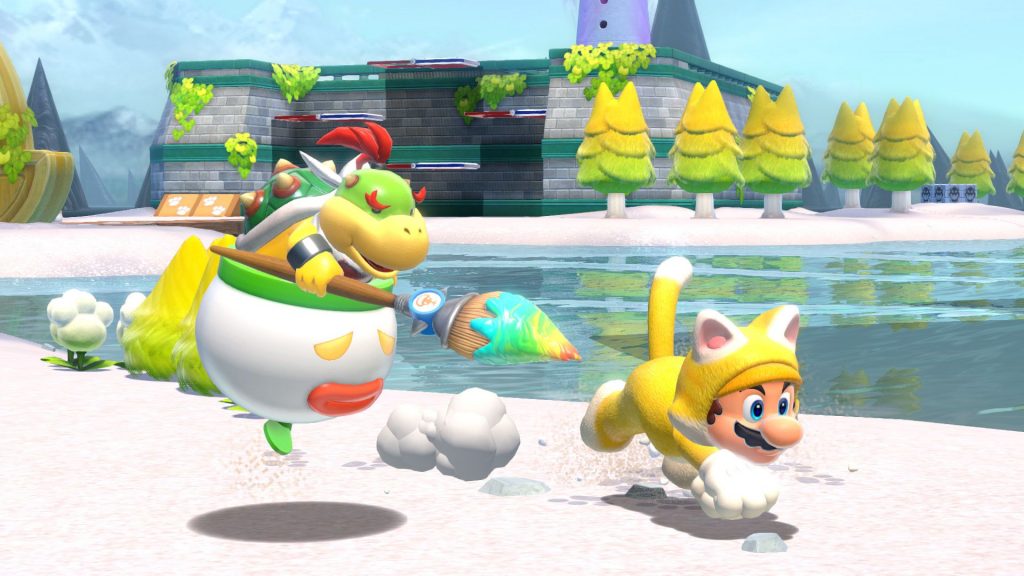 Taking on a gargantuan threat like Fury Bowser is no easy task, but thankfully, Mario has an unlikely friend at his side as well.  None other than Bowser Jr. has joined forces with Mario to help squash rogue henchmen and offer aid in the form of power-ups.  Bowser Jr. may not be Mario’s best friend, but once he sees just how bad things have gotten for his dear-old dad, Bowser Jr. figures Mario’s the only hero who has a chance at setting things right.  Bowser Jr. will fly alongside you in single-player, but you can also have a second player jump in and take control of the heir apparent for some couch co-op.

It’s easy to see that Bowser’s Fury is much more than a throwaway mode for Super Mario 3D World.  This is a sizable, self-contained adventure that’s said to provide anywhere from 3 to 6 hours of content, depending on how much of a completionist you are.  There’s plenty of tricky platforming sections to clear, coins to collect, and hidden alcoves to discover along the way.  While it might not be the next big adventure for Mario and his friends, Bowser’s Fury looks to be an incredibly fun stopgap between now and the true successor to Super Mario Odyssey. 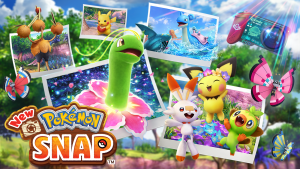 The original Pokemon Snap launched on the N64 all the way back in 1999, and it was unlike any other Pokemon title at the time. As with most titles published by Nintendo, many expected there to be a follow-up to Pokemon Snap sometime in the near future.  Fans waited and waited…and waited.