New to the game, or returning Brawler? We take a look at Smash Bros. Ultimate compared to more familar fighters 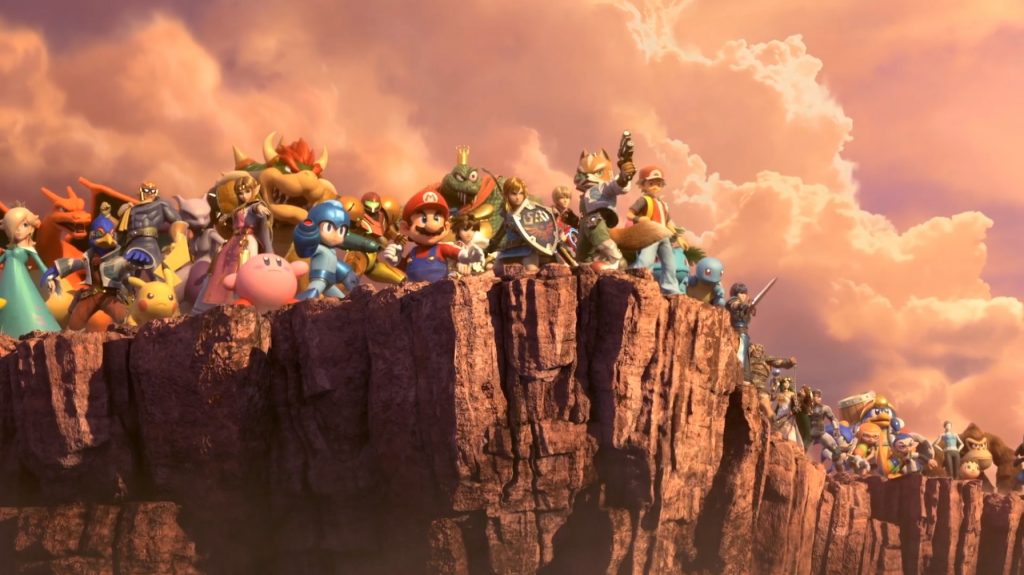 Super Smash Bros. has always been somewhat of an enigma in the fighting game community. Forgoing many staples of the genre, Smash is both a chaotic party game and a competitive title that draws thousands to EVO each year. Super Smash Bros. Ultimate arrives this week, and even if you’ve never touched a Smash game before there’s no better time to get involved. Whether you hail from Soul Calibur or Skullgirls, here’s what you need to know to get started playing, watching and understanding competitive Smash.

Super Smash Bros. is a stock-based fighter in which damaging your opponent isn’t enough to earn victory. Instead you need to knock them off the stage and out of the arena to win. Each player has a set number of stocks (lives), lose them all and it’s game over. It’s possible to play time matches or other variants, but the agreed competitive ruleset uses stocks with an 8-minute timer. How many stocks you get depends on the game; Ultimate looks likely to use a three-stock ruleset, while Melee hass four and Smash 4 uses two.

Each character also has a percentage gauge displayed at the bottom of the screen. Starting from 0%, this increases each time they take damage. The higher the percent, the further a character is knocked back when hit, making them easier to kill. The upper limit is 999%, but you can expect most characters to die in the range 100-180%. Each character also has weight and fall speed stats that affects how far they fly when hit, making heavier characters harder to kill.

In most fighting games, the level you’re playing on matters very little — not so in Smash. Each level consists of a stage in the center of with open space to either side. The level is surrounded by four Blast Zones — invisible walls off the edge of the screen that determine how far you can be hit before dying. Each stage has a unique Blast Zone size which can prove beneficial to certain characters. Those with better recoveries tend to prefer large blast zones, while heavier characters like the chance to kill early on smaller stages.

As you might expect, platforms (or a lack thereof) help some characters and hinder others, as does stage size. This means stage choice is crucial and tends to work on a strike and counter pick system in tournaments. The rules here for Ultimate have yet to be decided, but we expect several tournaments to test different settings and find what works best in the coming months. 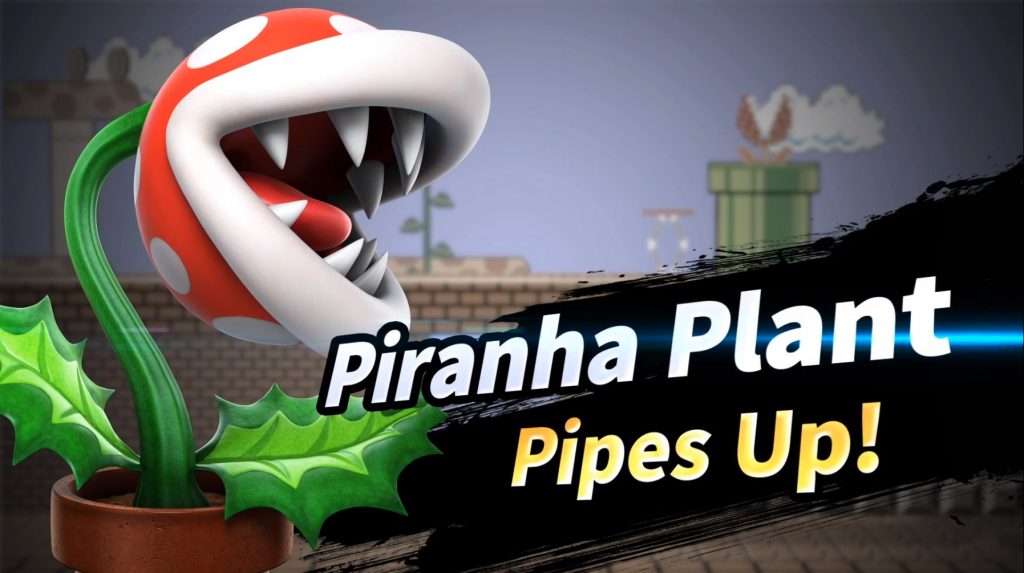 Killing opponents requires knocking them past the stage’s Blast Zone, but often it’s easier to let gravity do the work for you. When a character is knocked off the edge they must recover, usually by trying to reach and grab the ledge. Most characters have one double jump to use in mid-air (some have more) and a single-use recovery move (up + B).

Your jumps don’t reset when hit, so a big part of Smash’s high level play is stopping your opponent from reaching the stage again after they’re knocked off. Known as edge guarding, this entails jumping off to intercept your recovering opponent, or attacking them just as they reach the stage. Not every character specializes in this though, with some far more effective at carrying enemies off the top of the screen in a string of moves. 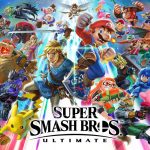 Read More: The Super Smash Bros. Ultimate Fighters That Need to Join or We Riot

Super Smash Bros. Ultimate is almost here, and with over 70 fighters to pick, there are a lot of good characters for players to choose. In saying this, it seems like Nintendo might have missed a few obvious characters that should have been included

Smash provides a much greater degree of control over character movement than most fighters, especially in the air. As a result, combat is much more free-form. Most fighting games feature set combos where moves link into one another; land the first hit and you’re guaranteed the follow-up sequence. While Smash does have combos, they play out quite differently.

An up smash with your opponent stood next to you will send them in a different direction to when they’re above you. Good players need to learn which moves link into one another, and also adapt on the fly based on where their opponent is. Certain combos may rely on platforms, or only kill if you can carry your opponent off-stage.

Players on the receiving end of a combo aren’t helpless either, and can control the direction they’re sent or move when hit by holding or waggling the analogue stick (known as DI and Smash DI). Overall it creates for a far more situational, fluid experience as fights shift around, above and off the stage over the course of a match.

A fighter at heart

This may all sound wildly different, but Smash still shares the core DNA core tenants of fighting game DNA. For starters, positioning and stage control are crucial. Any Tekken player knows that fighting with your back against the wall is a bad idea, and the same is true in Smash. Playing close to the edge is risky, as being knocked off limits your options and forces you to invest your moves in recovery. For this reason you’ll see most players vie for control of the center stage unless their character allows otherwise.

Footsies (or spacing) also occurs in Smash, albeit on a much grander scale. Players dash in and out of each other’s attack ranges, attempting to bait out moves that they can punish. This makes reading your opponent a vital skill, allowing you to land more punishing moves by predicting when they’re about to move. 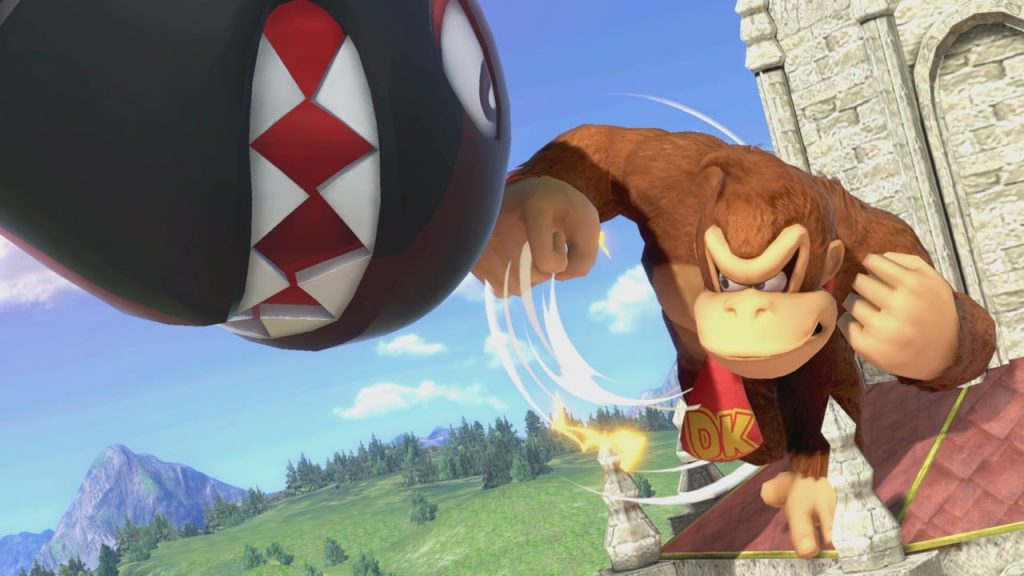 There’s a lot of confusing terminology bandied around that’s specific to the competitive Smash scene. To help you out we’ve compiled a short list of some of the most commonly used terms below:

Fair/Bair/Nair/Uair/Dair – A Forward/Backward/Neutral/Up/Down aerial attack
Short Hop – Pressing the jump button quickly/lightly to make your character jump half their full jump height.
Dash dance – Repeatedly inputting dashes quickly to change direction and mislead opponents.
Ledge trump – Grabbing the ledge while your opponent is holding it to force them backwards off it (Ultimate/Smash 4 only).
Spike – A move that sends your opponent straight down in the air, typically used to kill off-stage.
Perfect shield – a perfectly timed shield that lets you counterattack (Ultimate release shield as the attack lands. Previous games – press shield a few frames before the attack lands).
Two frame – Two frames of vulnerability when a character grabs the ledge before they gain invincibility (Ultimate and Smash 4 only).
Tech – When a character is hit into a wall or floor they can tech with a shoulder button to recover faster. This can be done in place or rolling to either side. 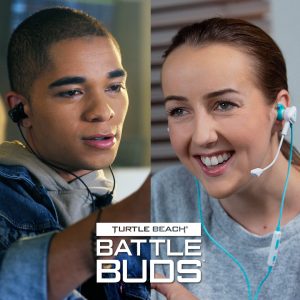 The Turtle Beach® Battle Buds™ in-ear gaming headset is built to battle on any platform, anywhere you play with a removable high-sensitivity boom mic and lightweight comfort.

There’s so much more to learn about Smash, but hopefully this article has taught you enough to feel confident dipping your feet in the scene.