It’s almost time to rip and tear, dear friends. Doom Eternal is just around the corner and we can already smell the crisp scent of barbecued Imp. As we ramp up to launch, we’ve been scouring the pre-release footage of the game to get a better look at weapons we’ll be taking on our holiday trip to Hell on Earth.

Doomguy certainly doesn’t pack light, and we cannot wait to pull the trigger on the many new death-dealing devices we’ll soon have in our mitts. So join us in salivating over the new Doom Eternal weapons we can’t wait to rip and tear with. 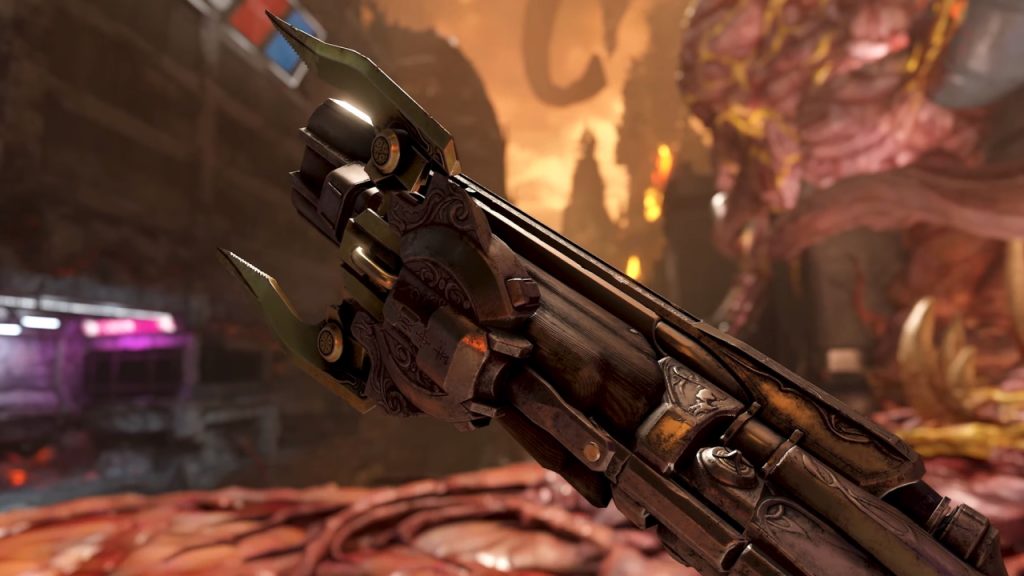 The Super Shotgun may not be a new weapon, but in Doom Eternal it’s packing one hell of an upgrade. Welded firmly to the bottom, a new grapple hook will let you latch to enemies in the distance before reeling yourself in, presumably to deliver a meaty blast to the face. Oof. The Super Shotgun was already one of the most satisfying weapons in the Doomslayer’s arsenal, and in Doom Eternal, it’s only getting better. 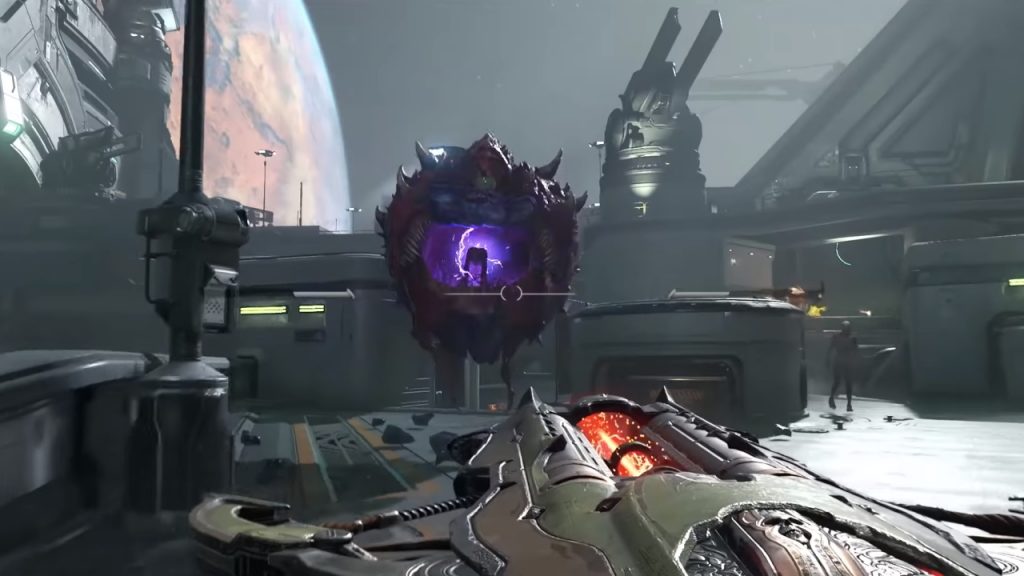 A new addition to our catalogue of killing, the Ballista fires out twin beams of charged energy. It looks an awful lot like the Gauss Cannon from Doom 2016, and if it proves equally satisfying then we won’t complain about the swap. The Ballista is also capable of charging bolts for a powerful delayed detonation. You’ll get just enough time to watch your target squirm in anguish before they erupt in a fountain of blood. Perfect for taking down those smug Cacodemons. 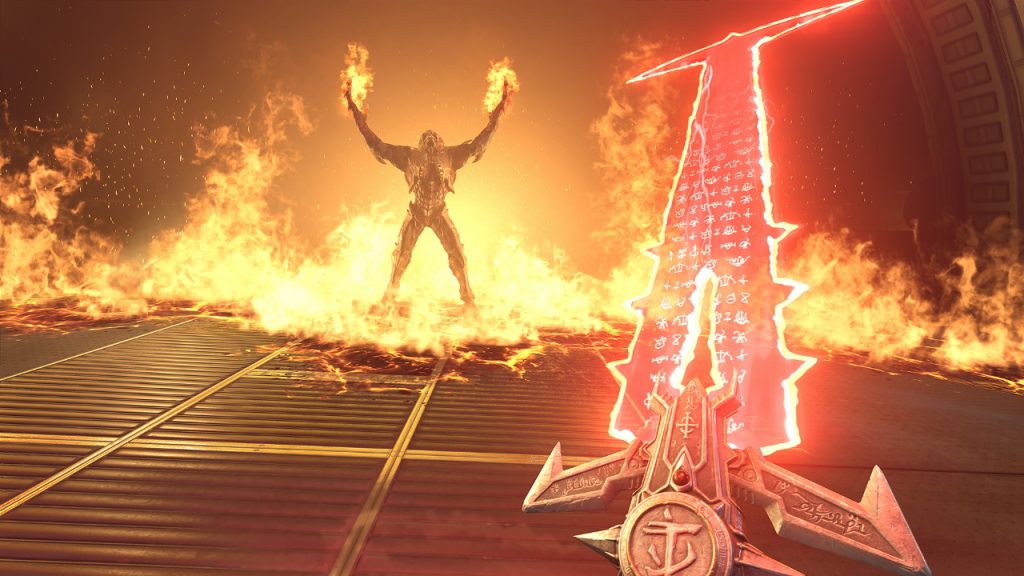 Teased in all of the game’s trailers, the Crucible sword is the new big daddy weapon of the game. Sorry, BFG; we still love you, but there’s a new favorite in our hearts. The Crucible is capable of absorbing demonic energy before letting the Doomslayer dish it back out to his foes. It also looks like it’ll have its own selection of glory kills to enjoy.

We don’t know the exact details of how this new weapon will work, but we’re hoping it’s a case of killing enough enemies to charge it up, before unleashing it on your enemies for a limited amount of time. Please don’t restrict us to a few key moments in the game, id Software!

If the trailers we’ve been shown are anything to go buy, the environment is going to play a much bigger role in Doom Eternal. Doom 2016’s arenas were great fun to blast around, but they didn’t come with swinging axe traps and crushing blocks. Shooting a demon is fun, sure, by dropping 400 pounds of rock onto his head? That’s a whole other level of devilish pleasure.

These traps appear to crop up semi-regularly, activated with a simple shot of your current gun. With so many explosions and demonic guts flying around though, do your best not to set them off while you’re underneath or you may be making a much more permanent journey to Hell. 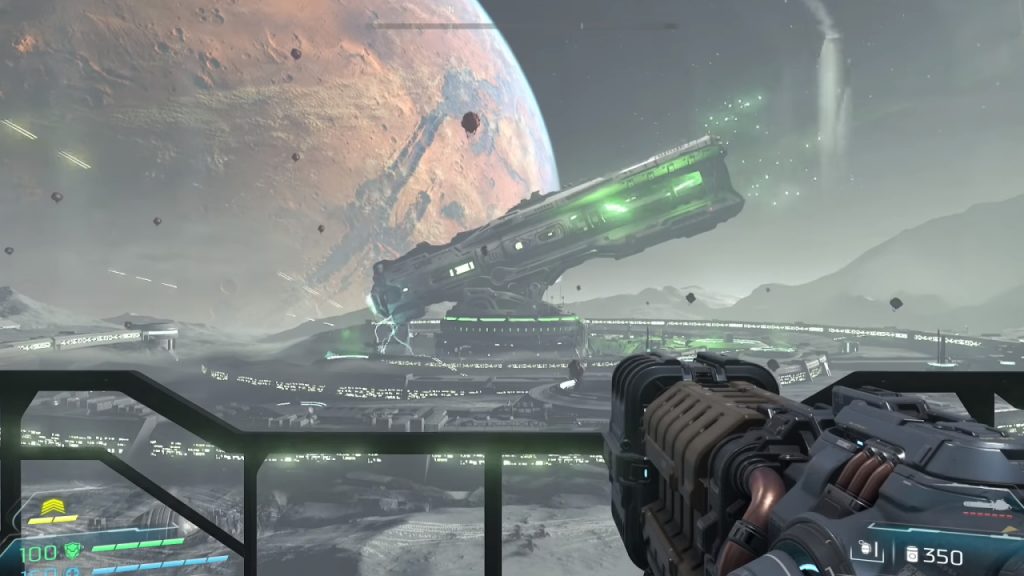 Looks like humanity wasn’t happy with the basic BFG and its ability to obliterate literally anything in its path, because the opening gameplay to Doom Eternal showed off the BFG 10000. Honestly, some people are never satisfied.

An enormous space station-mounted gun, the BFG 10000 is being used – ineffectually, it would seem – to battle the demonic invasion that’s assaulting Earth from Mars. You just know when they’re putting a weapon like that front and center in your vision that Doomguy is going to find some way to harness it, point it directly at a big ol’ demon face, and let us pull the trigger. 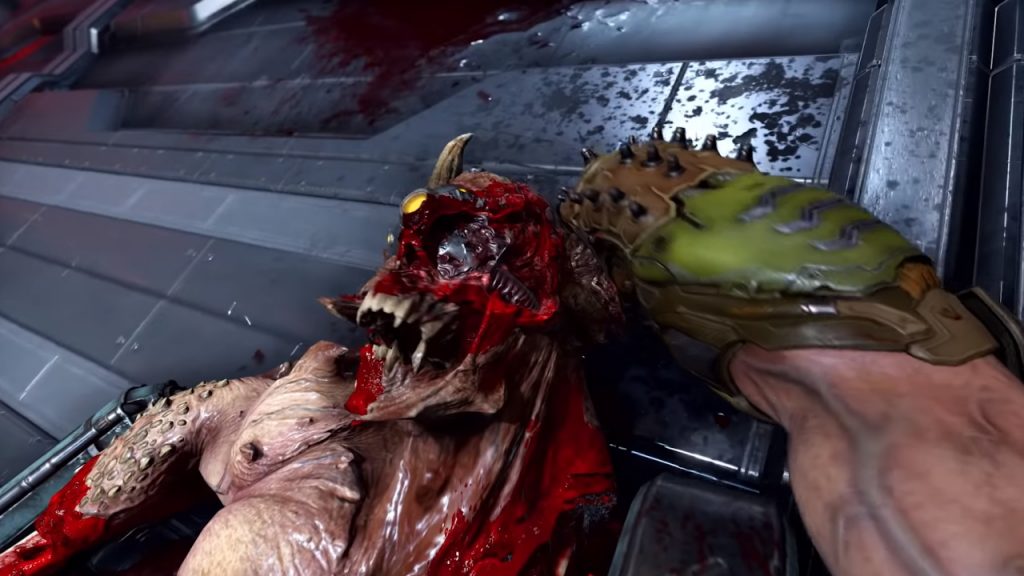 Ahhh, there’s nothing like getting back to basics. Again, not technically a new weapon, but id Software definitely seems to have taken the love of Glory Kills on board with Doom Eternal, teasing the many different ways we’ll be able to stylishly end our foes with little more than two gloved hands.

Punching faces in? Check. Breaking an arm and forcing the demon to kill itself? You betcha. Literally punching enemies in half? Do you really need to ask? We’ll even have access to an Assassin’s Creed wrist blade in Eternal, which you can guarantee is going to be shoved in holes demons didn’t even realize they had.

Those are the new weapons in Doom Eternal that we can’t wait to rip and tear with. Got a different demon-blaster of choice? 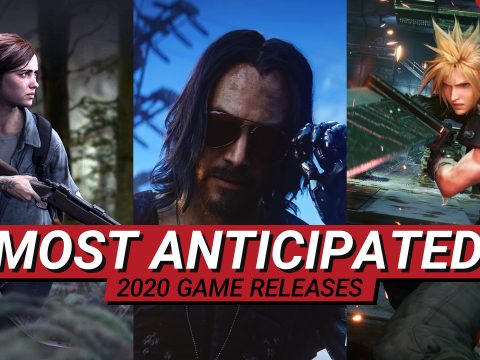 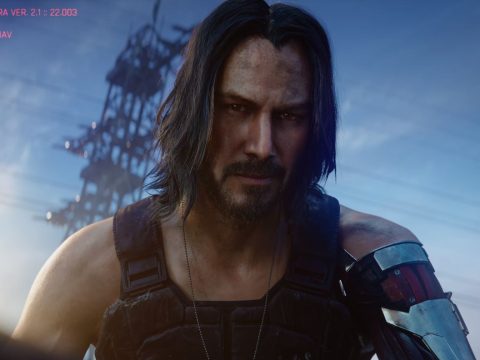