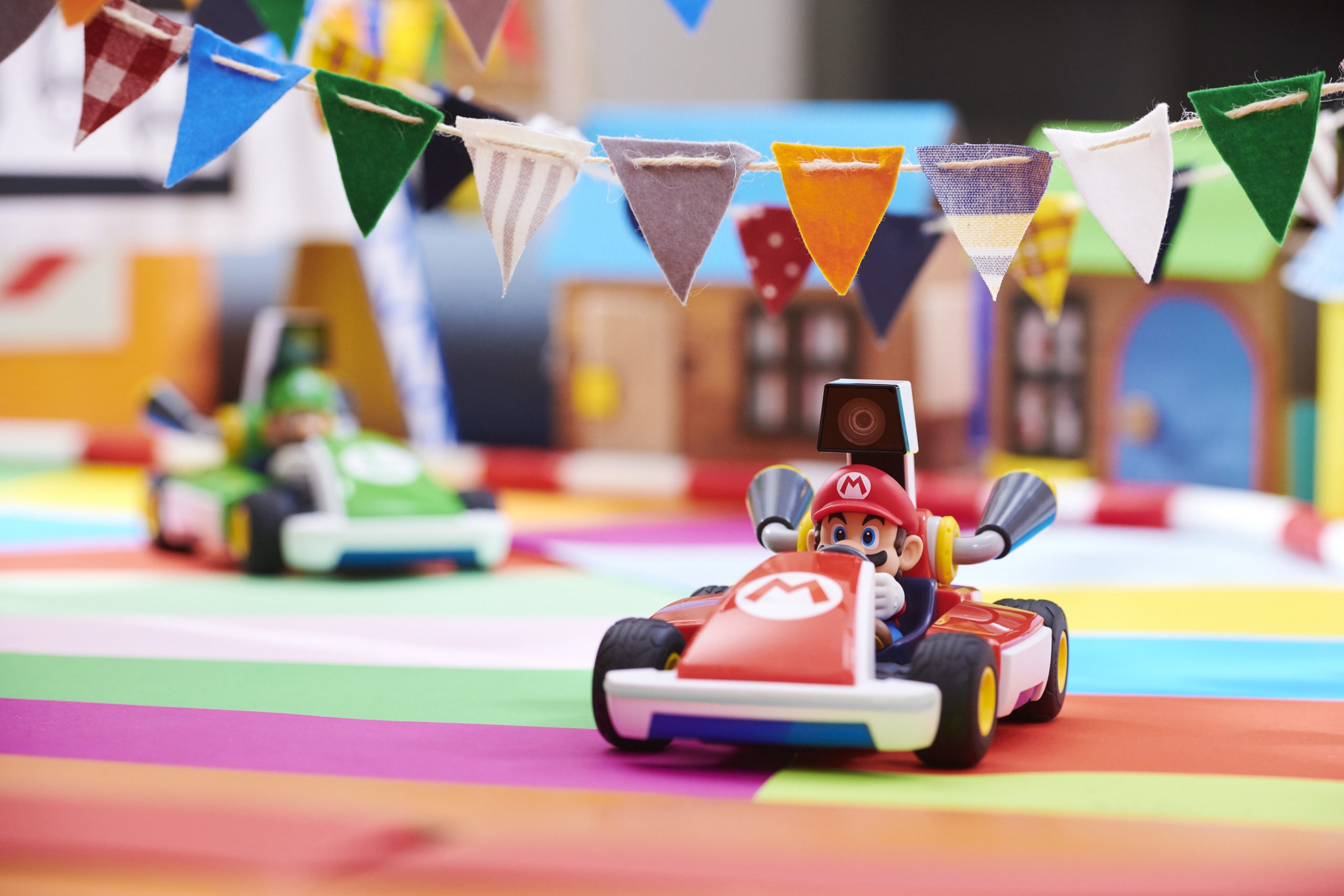 Mario Kart 8 launched on the ill-fated Wii U back in 2014, but still found success among the platform’s modest install base.  Then in 2017, Nintendo revamped the game with some new characters and more for Mario Kart 8 Deluxe, which launched on the Switch.  That version of the game has been an absolute runaway success for Nintendo, pulling in 27 million units sold and counting.

Between both of those titles, it’s easy to see that Nintendo fans are always eager for more Mario Kart fun.  That’s why it’s no wonder Nintendo has yet another installment lined up for the franchise, but it’s unlike any other we’ve seen before.  Mario Kart Live: Home Circuit is right around the corner, and it takes the fast-paced action of Mario Kart and brings it into the real world for the first time. 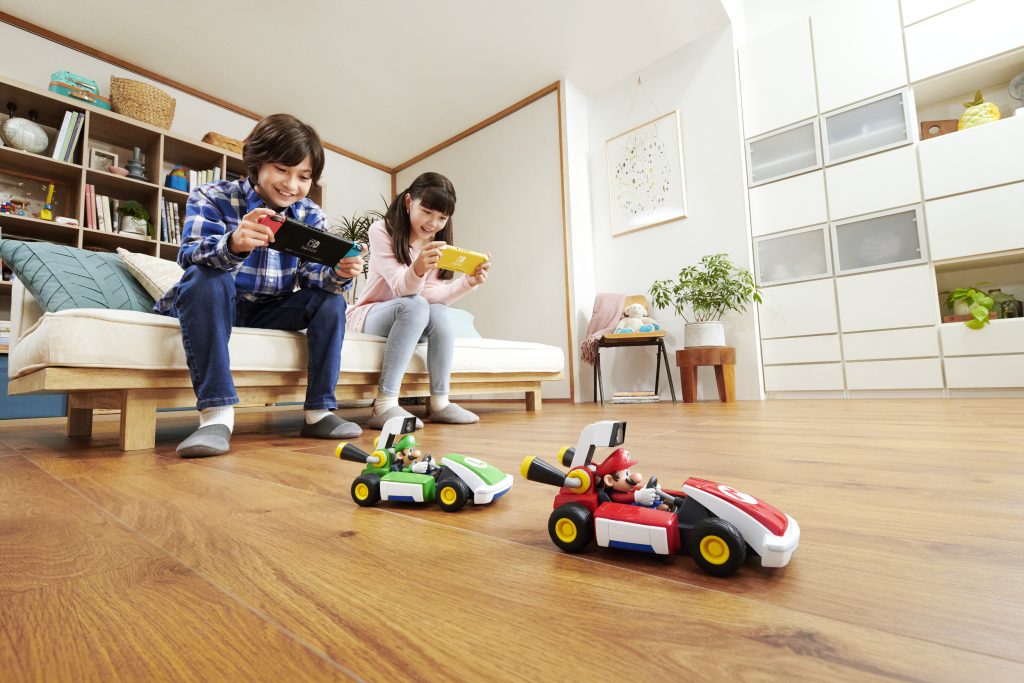 Mario Kart Live: Home Circuit includes either a Mario or Luigi remote-controlled kart.  You’ll still use your Switch to watch and control the action, but now you’ll see it all through the lens of augmented reality.  Each RC kart is equipped with a camera that provides a live-feed to your Switch in handheld mode, or TV in docked mode.  Instead of seeing Mario race in Bowser’s Castle or on Rainbow Road, he’ll be zipping around your coffee table, under your chairs, and through your dining room!

You can even bring in some other friends and family for some local multiplayer kart action.  As long as each player has their own kart and Switch, you can have up to four people in total battling it out on a track.  The action is sure to get frantic when you’re rubbing tires and bumping bumpers with other real-life racers on your home circuit! 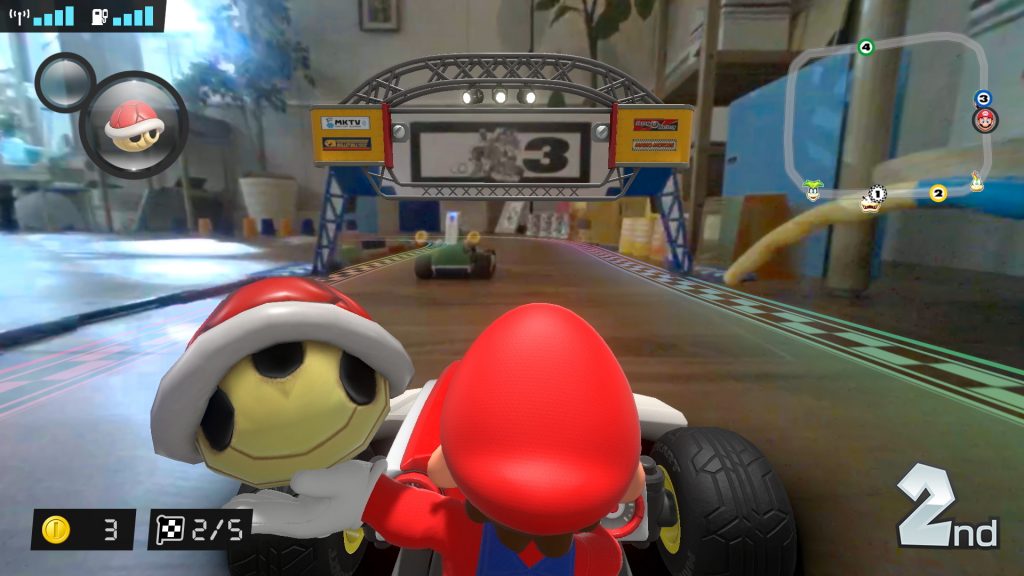 How Does it Work?

Nintendo has teamed up with Velan Studios to create this innovative hardware/software package.  While the kart’s camera gives racers a unique perspective of the action and a new way to experience Mario Kart, it’s also crucial to making the entire setup work.

Before each race, players will have to set up their custom tracks.  Inside the box for Mario Kart Live: Home Circuit is a set of four checkpoints.  These are special gates that your drivers will pass under.  Once you lay them out in a desired path, you’ll have to do a test run with your kart.  As you drive through your course for the first time, the kart’s camera will be keeping an eye out for each gate.  After you’ve passed the fourth gate, the camera will send data to the Switch letting it know that a complete track has been mapped.  Then you fire up the game itself and you’re off to the races! 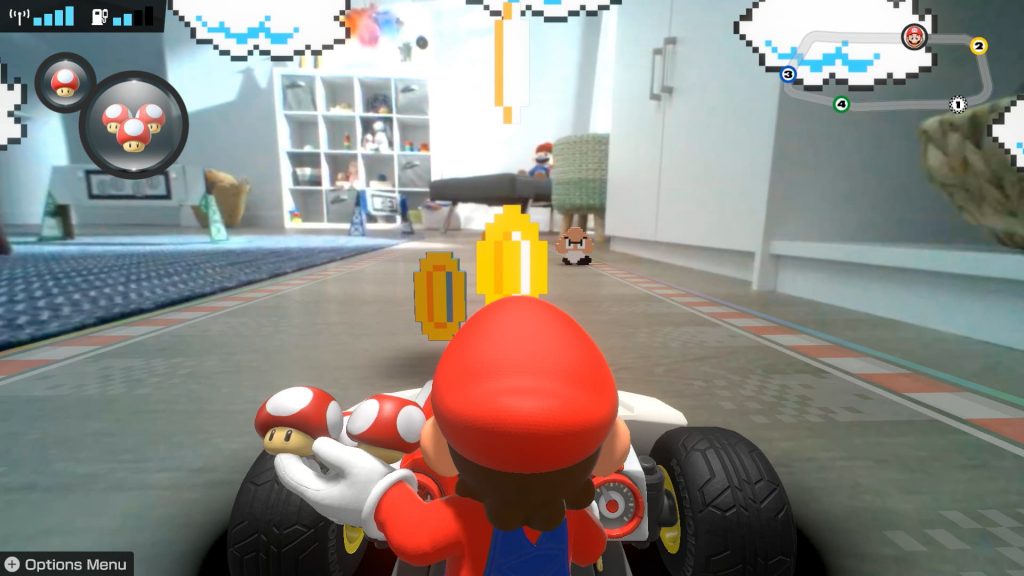 While Mario Kart Live: Home Circuit is providing a whole new way to play, it’ll still retain many of the elements that long-time Mario Kart fans have come to love.

When you head out onto the track, you’ll have a group of other virtual racers to compete with.  This time around, you’re going head-to-head with Bowser Jr. and the Koopalings.  Racing to your best abilities will certainly help you while you’re in the mix, but items and power-ups can ensure your victory.  All the favorites from banana peels, shells, mushrooms, and more will be included.  And yes, they’ll actually impact how your kart drives in the real world as well!

Mario Kart Live: Home Circuit also continues the customization features that have been included in recent Mario Kart games.  By collecting coins during races, you’ll be able to unlock all sorts of goodies.  There are costumes for Mario and Luigi, different kart pieces to build your dream kart, and even custom horns to taunt your opponents with!  Depending on how many coins you scoop up each race, you could quickly put together a unique ride!

Finally, while you might be racing in the real world, Mario Kart Live: Home Circuit will still give your tracks a bit of Mario Kart ambiance.  You’ll see tidbits of classic Mario tracks strewn about your designs, including underwater fauna, desert obstacles, 8-bit designs, a torrential downpour, and much more. 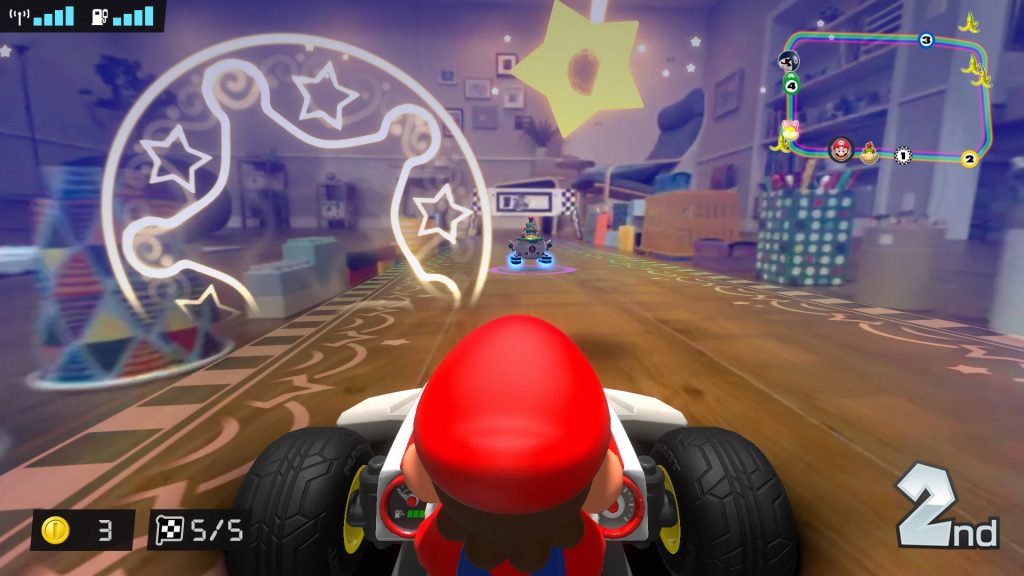 How Much is it, and When Does it Launch?

Mario Kart Live: Home Circuit packs in some impressive tech and physical goodies, which means it’s going to cost more than your typical Mario Kart game.  You can pick up either the Mario or Luigi option for $100 a piece.  Each box comes with the physical RC kart, access to the downloadable software, the four gates needed to create courses, two arrow signs to help guide racers, and a USB-C charging cable.

As for when Mario Kart Live: Home Circuit launches, the wait is almost over.  The package will be available to pick up at your favorite local retailer or online come October 16th, 2020. 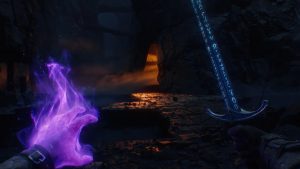