The final battle against this boss will put your Final Fantasy combat skills to the ultimate test. 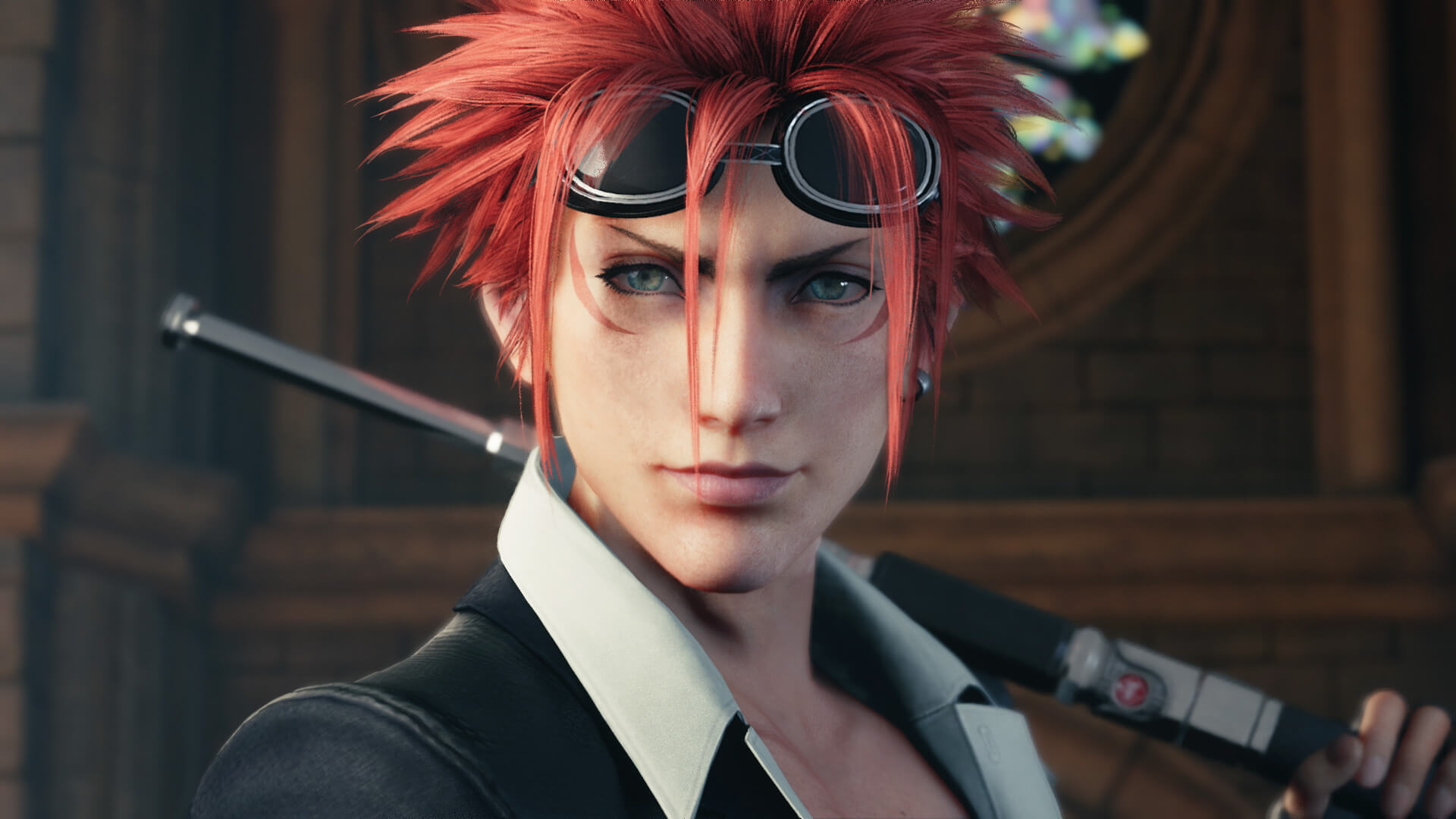 You’ve done it, you’ve officially reached the final boss in the Final Fantasy 7 Remake, Sephiroth! The challenges you’ve faced up until this point have been difficult, yet manageable. With this fight, your skills will be put to the ultimate test.

If you’ve reached this fight and want to brush up on what to expect, or if you’ve been defeated a few times and are looking for new ways to approach the battle, we’ve got you covered. Below, we’re going to tell you what you need to know in order to beat Sephiroth in the Final Fantasy 7 Remake!

How to beat Sephiroth in the Final Fantasy 7 Remake 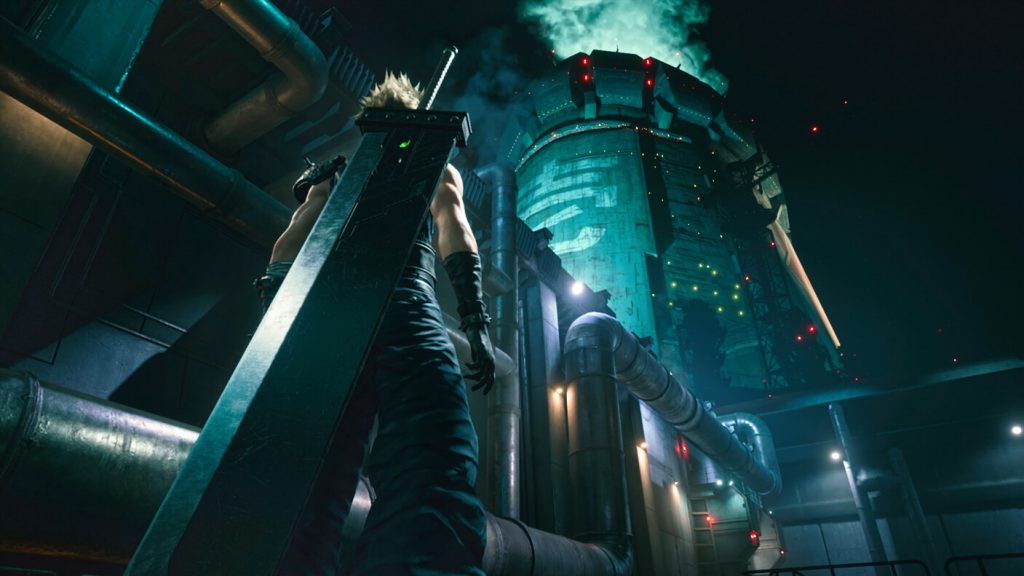 The fight against Sephiroth takes place over the course of four battle phases. Before we walk you through the first phase, it’s important to note that you should prep Cloud as much as possible before facing off against Sephiroth.

Stock up on items like the Mega-Potion and Ether, then take a quick look at the items and resources you have on hand. Using these, you should buff Cloud and get him ready for phase one against Sephiroth where he’ll be on his own.

Be sure to save the game before buffing Cloud in case you need to go back and rework things for the next attempt. When setting Cloud up for success, you should equip him with Materia like Heal that will let him restore his own HP as needed. Again, he won’t have the support of characters like Aerith during phase one.

Other Materia to consider include Barrier, Regen, and Time Materia for effects like Haste. When you’re ready, it’s time to enter phase one. 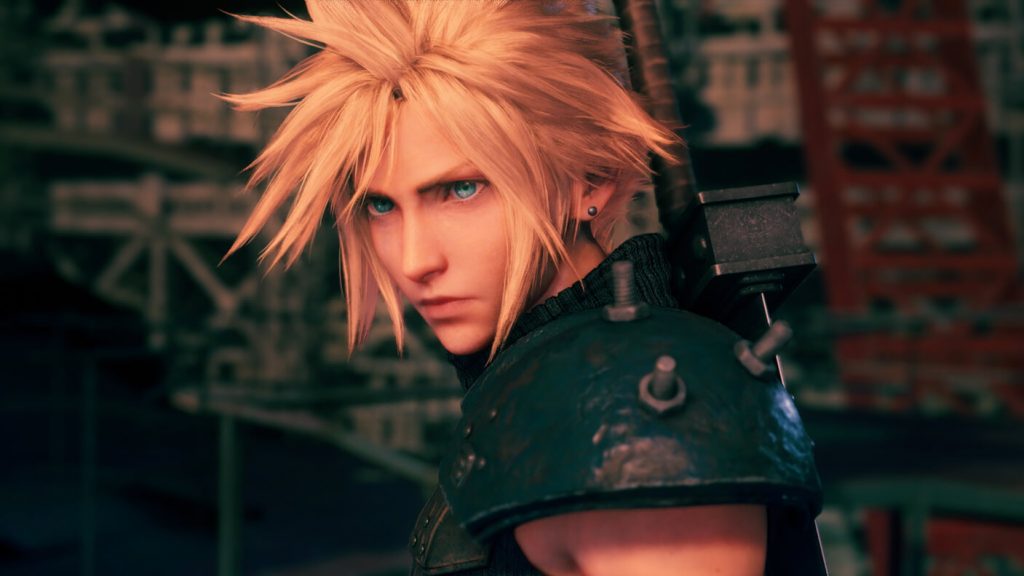 In the fight against Sephiroth, phase one primarily consists of you blocking and countering his Telluric Fury attack in Punisher Mode. If you’re able to successfully counter Telluric Fury, you’ll Stagger him to where you can get a few good hits in.

Other attacks you’ll encounter include Aeolian Onslaught, Firaga, Blizzaga, and Scintilla. You can dodge Sephiroth’s area attack, Aeolian Onslaught, by dodging off to the side when you see him jump into the air. After a successful dodge, take the time to get additional hits in.

Meanwhile, Firaga can be dodged horizontally when timed correctly, letting you repeat the process of hitting him with attacks like Braver. Attacking Sephiroth whenever you see a potential opening is tempting, but keep in mind that you shouldn’t rush him as you may be running into attacks like Blizzaga or Scintilla.

With Blizzaga, remember to dodge away from the leftover ice before it shatters or you’ll take damage. Repeat the process of dodging and countering Telluric Fury, Aeolian Onslaught, and blocking Blizzaga and Scintilla until you’re able to chip Sephiroth’s health down enough to enter phase two. 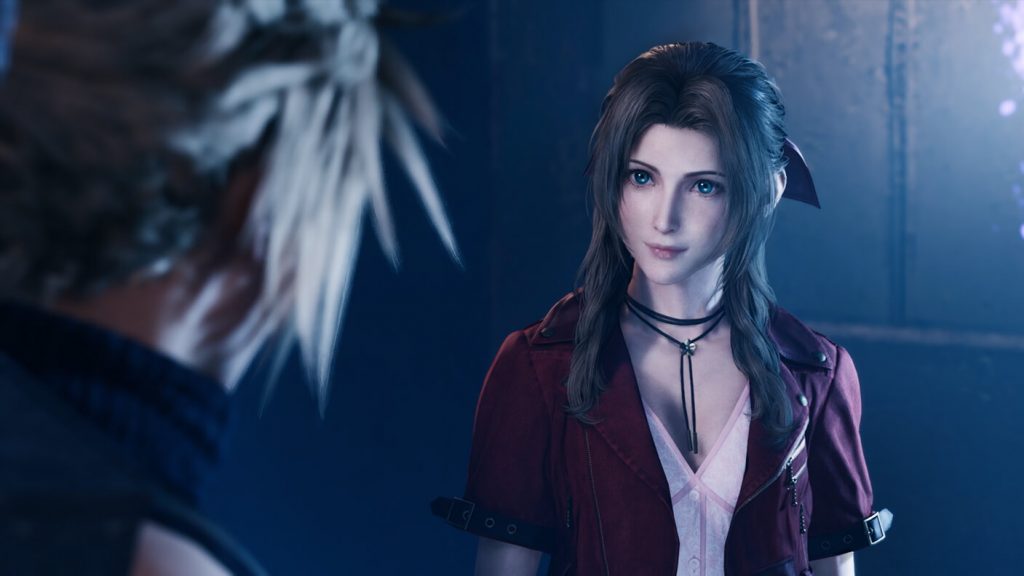 Good news, you won’t be alone during phase two of your fight against Sephiroth. Here, Aerith joins you and offers her support. You can rely on Aerith to restore HP and you can use her Ray of Judgment attack to further chip away at Sephiroth’s health.

Don’t get complacent just because you have Aerith with you as Sephiroth will start coming at you with different moves in addition to the attacks from phase one. One to watch out for is Hell’s Gate, an area attack that deals quite a bit of damage if you’re unfortunate enough to get caught in it.

To spot Hell’s Gate, watch for Sephiroth to jump into the air and slam down with his sword. To avoid taking area damage from Hell’s Gate, move out of the affected area as indicated by a glowing purple light. Other new attacks from Sephiroth here include Aeorga and Thundaga which, like Scintilla and Blizzaga, should be blocked in Operator Mode.

Sephiroth gradually becomes wise to your counters to his Telluric Fury attack. Don’t be caught off guard by this. Instead, be prepared to defend from a rebuttal attack after countering Telluric Fury. Counter, attack, block, and repeat.

Time your attacks effectively and continue whittling down Sephiroth’s health until it reaches half, triggering phase three. 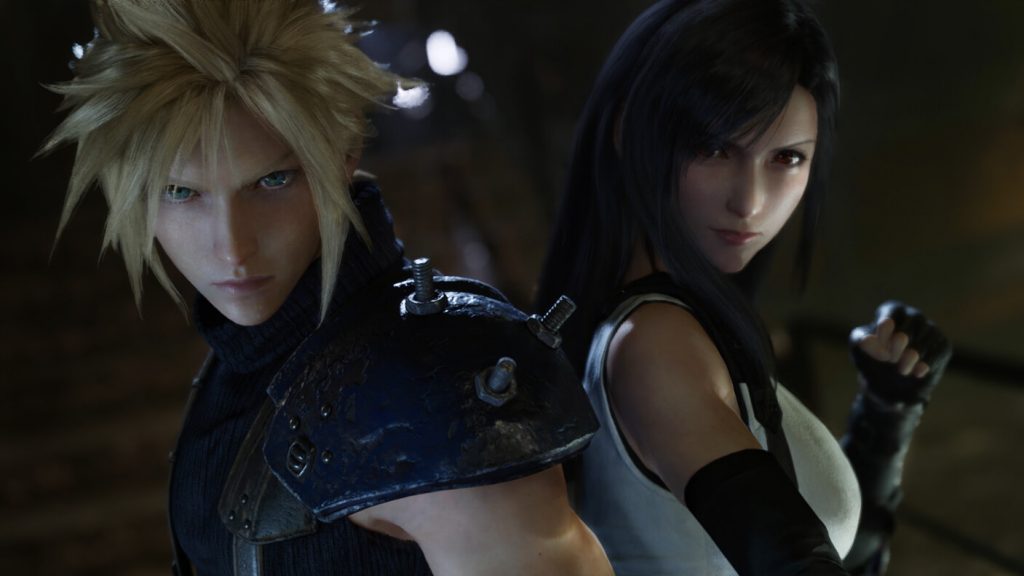 Yes, the battle gets even harder as you enter phase three despite the fact that Tifa joins Cloud and Aerith in battle. Here, Sephiroth comes at you with attacks that are closer together, reducing your opportunities to hit him. He will now be able to use Elemental Infusions which indicate the spells he’s going to cast, like Frostspike.

Oh, and he’s now able to use an Octoslash attack that you absolutely do not want to be caught by, especially if you’re low on health as it can one-hit kill you. With this in mind, be cautious and try and prioritize powerful attacks rather than normal swings wherever possible.

To help you do this, you’ll need to keep an eye on your ATB. By charging your ATB, you’ll have special attacks at the ready, along with Limit Breaks should you need them. You may want to save your Limit Breaks for Phase Four when there’s a time limit that’s applied to the battle, but having them available during Phase Three is undeniably useful.

While charging your ATB, the same rules from before apply when dealing with attacks like Firaga which can be dodged and Thundaga which should be blocked in Operator Mode. Keep in mind that Tifa is a valuable asset to your team during Phase Three, so don’t rely solely on Cloud or Aerith.

Tifa has a nice Rise and Fall attack you should use thanks to its Stagger percentage, which complements Aerith’s Ray of Judgment and Cloud’s Braver. Having both Tifa and Aerith will give you a nice variety of attack options, so keep switching between characters and use their special attacks whenever you have an opening.

When Sephiroth’s health finally gets down to around 15% you’ll enter phase four. 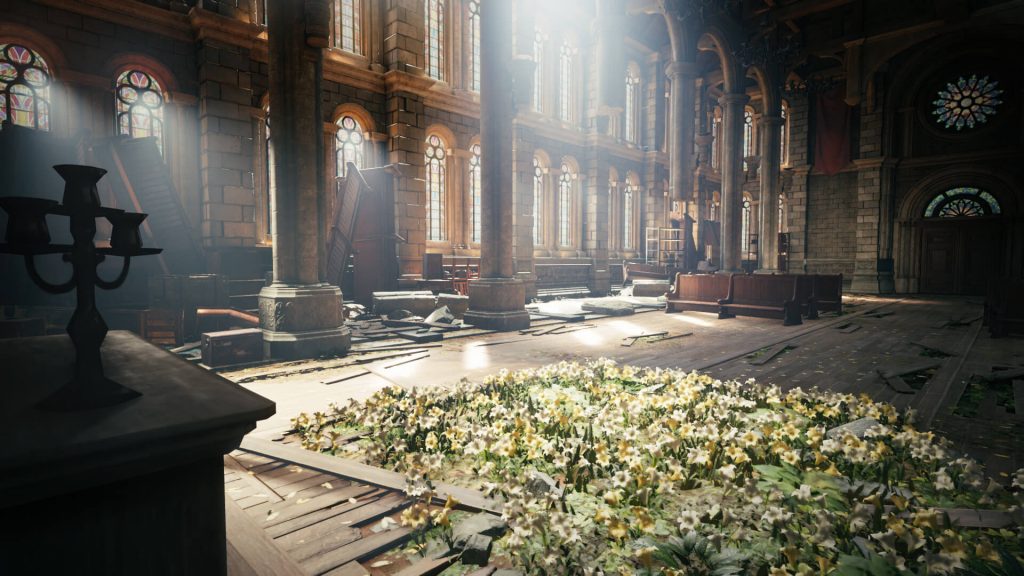 Phase four is pretty straightforward in that you’ll need to eliminate Sephiroth as quickly as you possibly can. As you’ll be able to hear or read via subtitles, Sephiroth starts counting down from ten to zero.

When he reaches zero, a large meteor comes down from the sky to take you out. Game over. With this in mind, you’re going to want to go crazy and start launching your Limit Breaks and special attacks as much as you possibly can. Be careful though, as Sephiroth has a nasty move up his sleeve called Heartless Angel.

Like Octoslash, you don’t want to be caught by Heartless Angel. In the unfortunate event that you are, do your best to restore your team’s HP before you’re caught by another attack. Even though you’ll need to take Sephiroth out quickly here, don’t forget the tips and tricks you learned during the previous three phases.

Where to block, where to dodge, and the abilities each of your characters has on offer. Side note, you may not get Aerith during Phase Four and will instead need to work with Barret so be prepared to change up your strategy to incorporate Barret’s strengths.

Push yourself through to the end where Sephiroth is defeated, and you’ll finally be able to enjoy (or not enjoy) the ending to the Final Fantasy 7 Remake. 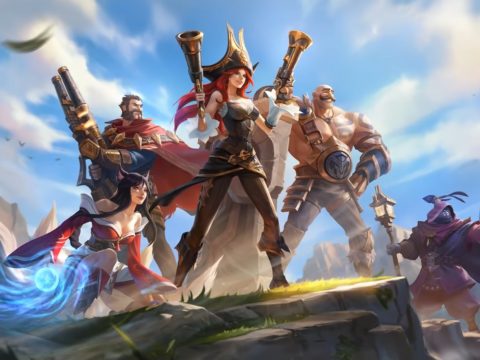 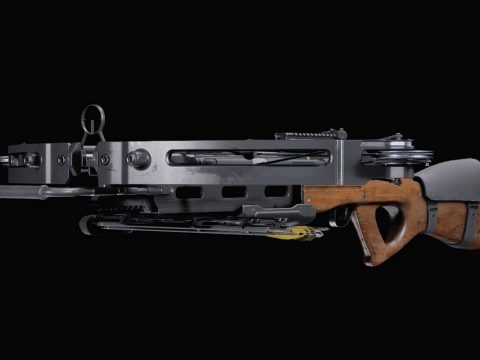 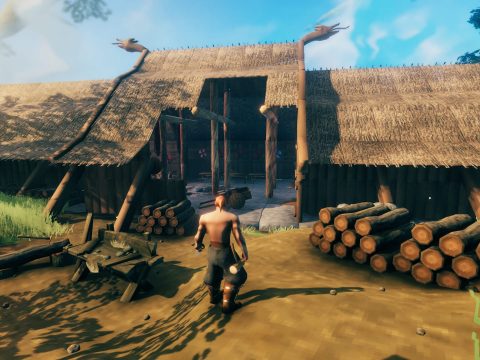