How Listening to Audio Can Improve Your Fighting Game Skills

Fighting games are one of the most labor-intensive genre of games available, with pro players requiring insane levels of reflexes to compete. From memorizing combos, reading enemy locations and moves, to knowing frame-perfect moves and counter-plays, improving at a fighter takes immense amounts of practice. However, there is one trick to improving that sometimes goes under the radar – listening to the audio in a fighting game.

Fighting game players use audio – and sometimes a lack of audio – in a variety of ways. In games like Call of Duty or Playerunknown’s Battlegrounds, audio cues come in the form of gun shots and footsteps. These sounds give an indication of the type of weapon and the location of an enemy player. What can help in these situations is having a headset such as the Stealth 420X+, as it offers Superhuman Hearing, allowing you to accurately predict an enemy location before you even see them, thanks to the precise audio output. 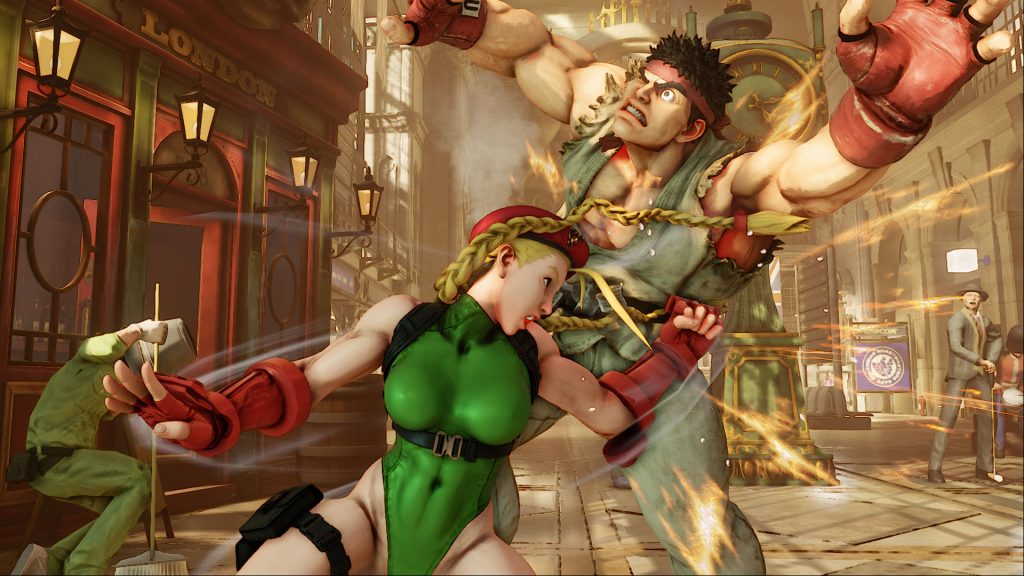 In fighting games, it’s a little bit different. Players are on the same audio plane, so directional sound isn’t as important as overall fidelity, and being able to pick up the different levels and layers. But even here, the Stealth 420X+ with its Superhuman Hearing, can help players pick out audio cues that would otherwise be easily missed.

Take Street Fighter V’s Balrog, for instance, has a move called the Turn Punch which has a specific audio cue. He also calls out a number when the special move is performed. While it might seem like something little, this number Balrog calls out can mean the difference between life and death to a player who is listening for it.

When it comes to fighting games, audio is extremely important. In my case, I’m a reaction based player and I need to hear a specific word from special moves, EX meter usage sounds, and even hearing the opponents normal (LP, MP, HP) can make all the difference.

Eduardo “PR Balrog” Pérez was able to give his professional perspective on the importance of audio in fighting games. PR Balrog said, “When it comes to fighting games, audio is extremely important. In my case, I’m a reaction based player and I need to hear a specific word from special moves, EX meter usage sounds, and even hearing the opponents normal (LP, MP, HP) can make all the difference.”

We asked PR Balrog about his audio preferences when it comes to fighting games, “I don’t have any specific setting that I use, but I prefer anything that has a lot of bass and noise-cancelling. It’s important, since fighting game players don’t play on a stage with booths.” For gamers like PR Balrog, an audio cue can give you a moment’s worth of notice, a vital component of split-second decisions and planning your next move.

Another benefit of listening to the audio is to help reduce other audio a player might not want to hear. Take for instance a tournament setting. Crowds at FGC (Fighting Game Community) events can be just as passionate (or more!) as those at Counter-Strike or League of Legend events. The deafening roar of a crowd can be distracting, so with a noise-isolating headset on, like the Elite Pro, a player can increase their concentration on the game.

Not all gamers have the luxury of seeing what an opponent is doing, and BlindWizard is one such Super Smash Bros. player who relies solely on audio cues. We’ve recently talked about a few amazing gamers who manage to kick ass playing games despite being blind, and BlindWizard is another example.

Being able to recognize footsteps, shield activations, and different movesets helps players like BlindWizard judge an enemy’s location and what they’re doing. In fact, these audio cues can help any player read a situation, as some moves create a sound before any visual tell is given.

Additionally, listening to the in-game audio of a fighting game can help you focus and match the game’s rhythm and tempo. When playing at a tournament, the excitement and passion can sometimes be overwhelming, interfering with concentration. A lot of professional players will opt for headsets for the sole purpose of hyper-focusing on their game, so that their surroundings won’t distract them.

Finally, what it comes down to is listening keenly to the audio. If you want to improve at fighting games, instead of just learning the combos, start listening to the sounds various moves make. It will be difficult at first, especially if you’re unaccustomed, it can be like honing your palette for food tasting – practice, practice, practice! However, with enough training, you should find that using a fighting game’s audio to your advantage becomes second nature. With enough time, you’ll be able to judge exactly how you should react to Balrog’s special using audio alone!