Guardians Of The Galaxy: Should You Buy Disabler Or Not 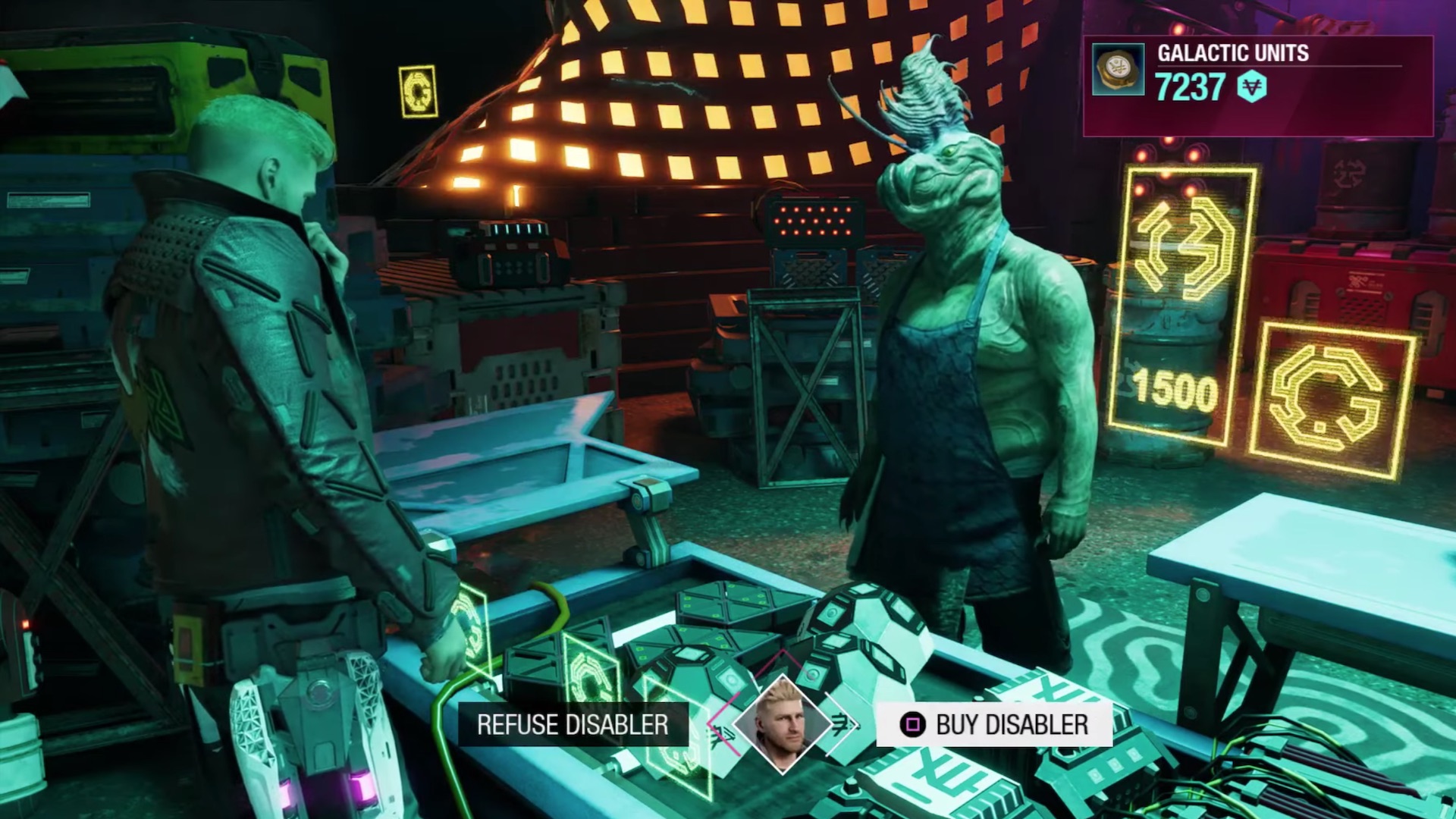 For now, we imagine you want to know if you should buy the disabler in Marvel’s Guardians of the Galaxy. No problem, we have a guide for that just below, so read on for everything you need to know.

Should You Buy The Disabler On Knowhere In Guardians Of The Galaxy?

Whilst there are still a few objectives to accomplish during the chapter, players also have some time to check out what Knowhere has to offer, including a few games, like a lottery ticket machine, a one-armed bandit and a slot machine.  But there are also a few vendors selling items, and one in a side alley next to The Collector’s Emporium will offer to sell you something to disable Nova Corp locks.

The Disabler costs 1500 Galactic Units, but players are likely to want to know what happens if you do choose to buy the disabler on Knowhere.

Well, the answer is nothing. You should not buy the disabler in Guardians Of The Galaxy as it is another scam. If you buy the disabler, Rocket will later mock you for buying it, claiming it to be nothing but junk.

Whilst it might seem like a sweet deal, it is too good to be true. If you buy the disabler, Rocket will mock you for buying a piece of useless junk.

That being said, there is one very good reason to buy the disabler. If you want to 100% complete the game and go for that So if you’re aiming for that PlayStation Platinum Trophy or full Xbox Gamerscore.  Buying the disabler will count towards your ‘Galactic Compendium’ and a trophy called ‘Lore Hoarder’. Players will need to collect 65% of all Galactic Compendium entries of each category. Buying the disabler is one easy way to earn progress towards the 65%.

Just make sure that when you buy it you don’t end up leaving yourself short of Units for later on in the game, as you also need to pay the fine to the Nova Corps if you want to get the ‘Galactic Frugality’ trophy/achievement.

That’s everything you need to know about how to get the disabler in Marvel’s Guardians of the Galaxy. However, if you’re looking for more guides then follow the links below for more helpful tips, tricks and explainers.