Get the edge over your opponents in Fortnite's Battle Royale by sticking to these handy tips. 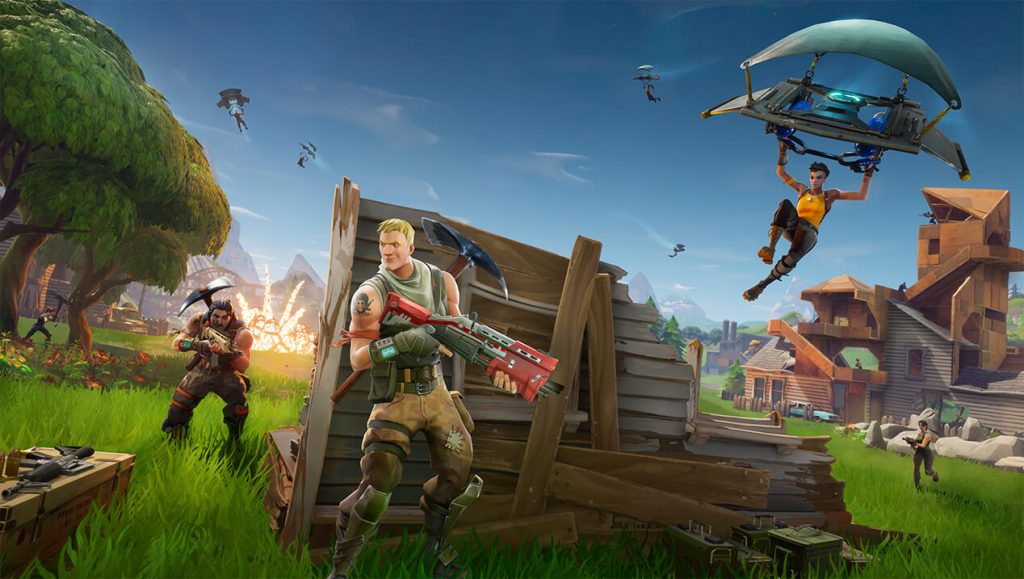 What started out as a humble zombie wave defense game has quickly turned into a cultural phenomenon thanks to the addition of a battle royale mode. We are, of course, talking about the much loved Fortnite. Epic Games has managed to create a delicious blend of addictive crafting and building with an increasingly popular 100-player last-man-standing mode, and it tastes delicious. But as with any new take on a genre, there will be a learning experience. So before you leap out of a flying bus, take a moment to look over some Fortnite Battle Royale tips!

The Battle Royale version of Fornite offers a lot of similarities to the zombie defense mode of the main storyline in that you’re able to collect resources from the world and craft defenses. This feature should not be overlooked during a match of Battle Royale.

Once you hit the ground, your primary objectives should be to get a weapon, figure out where to go next, and begin collecting resources. The reason for this is that, unlike other battle royale games, you have the ability to create walls or ramps in the middle of a firefight. One moment you’ll find yourself alone, and the next thing you know you’re being sniped with no cover nearby. In this moment, you’ll be able to quickly and easily fortify your location by building rudimentary walls, giving you precious seconds to locate your assailant and plan your next move. 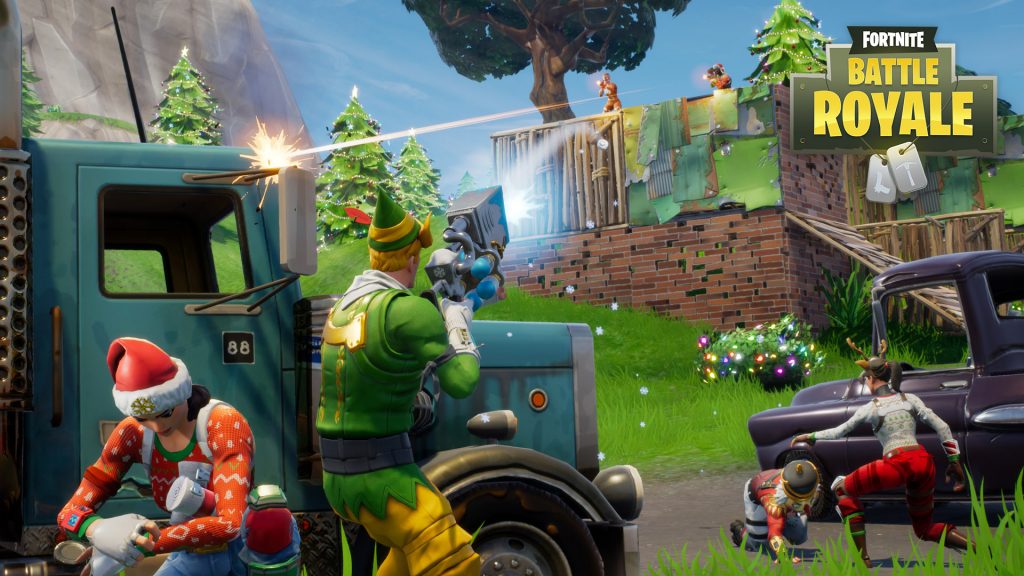 As the game ticks on, the gear you start with will very quickly become outclassed, which is why it’s so important to be on the lookout for better gear. In Fortnite, the tier level of gear is color-coded, so if you can learn the colors, you’ll know what item is better than another when you’re moving quickly. The order, from worst to best is: gray, green, blue, purple, and gold. The more gold weapons in your arsenal, the more damage you’ll deal and the better your outcome.

Beyond just the varying quality of weapons, you must also consider weapon types. You’re not going to want to lug around several sniper rifles, as they aren’t the most versatile weapon. Close range engagements with a sniper rarely turn out well! Instead, try to have a mixed bag of weapons: a shotgun for close range, a rifle for medium-to-long ranges, pistols for general coverage, and a sniper rifle for long-range headshots. Of course, there are other types to carry along with you, but that will depend on your playstyle and what you manage to find.

Use Audio to Your Advantage

Arguably one of the best tips for improving at Fortnite’s Battle Royale mode is to use audio to your advantage. A headset like the Stealth 700 for PS4 boasts DTS 7.1 Surround Sound, meaning you can hear – very clearly – where your enemy is located. Part of succeeding in a match is being able to get the jump on an enemy, which usually means seeing them before they see you and getting in some good hits. However, if you’re wearing the right headset, you’ll be able to hear your target first.

Things like footsteps, someone crafting a wall, or even gunshots, are dead giveaways for where a player is located. If you’re approaching a location you haven’t cleared, or even if you’re in the middle of looting, take a moment to stop, wait, and listen out for anything that might give you an edge over the competition. In the latest Fortnite update, your dancing will no longer create footstep sounds, so you’ll be able to dance to your heart’s content without the risk of making too much noise. A perfect way to take the edge off in a heated battle.

Know When to Stop Moving

As with any game, if you’re moving and shooting, you’re not going to be able to hit a target as accurately as when you’re standing still. This doesn’t mean you should only ever remain stationary when in a gunfight. When you spot another player in the distance and you want to take them out, it’s far better to stand still or crouch, to increase the accuracy and chances of you being able to hit over long range.

When you find yourself in close range, strafing and building defenses is certainly better than standing still, but you will be losing some accuracy. But, this is obviously part of the decision-making process in Fortnite’s Battle Royale, figuring out what works for you, when you need to remain still, and when you need to build like mad!

Epic Games is continuing to build upon and improve the Battle Royale mode in Fortnite, creating a finely tuned experience for the gamer. It’s also been all the rage lately, especially with streamers and creators across Twitch and YouTube. If you’ve yet to jump in, now is the perfect time to do it because Battle Royale is completely free!