It’s time to take your favorite battle royale game on-the-go, but which one will you choose: Fortnite or PUBG? 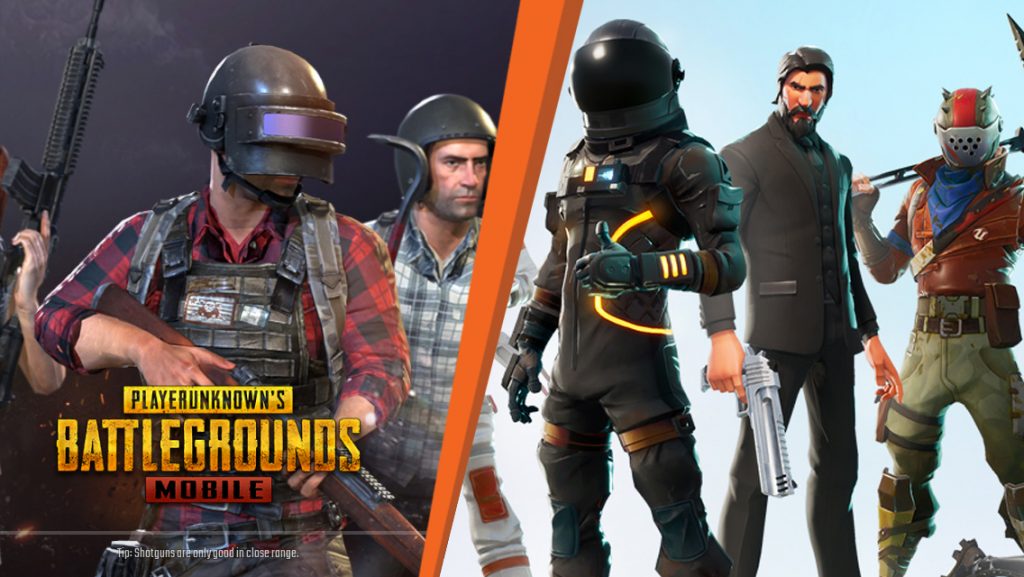 The two titans of the battle royale genre, Fortnite and PlayerUnknown’s Battlegrounds, have made their way to mobile, and now the ultimate fight begins! No matter what side of the fence you’re on when it comes to Fortnite and PUBG, it’s an incredible moment when two of the hottest games bridge the gap to mobile. But the question is, how well do they handle, what’s it like to play them on a touchscreen, and which one is better: Fortnite or PUBG?

PlayerUnknown’s Battlegrounds has had an incredible history, starting in Early Access on Steam, releasing on Xbox One and PC, kicking off esports tournaments, and now coming to practically every mobile device with a touchscreen. After hundreds of hours in PUBG on PC, playing on mobile is as shocking as it was when playing it on Xbox One for the first time. Aside from the difference in controls, there are more features to learn and things to do.

The first thing you’ll notice when booting up PUBG on mobile are all the new options available to you. There are in-game missions, daily quests, and other features not present in the other versions of the game, so it’s exciting to have these new tools to play with. 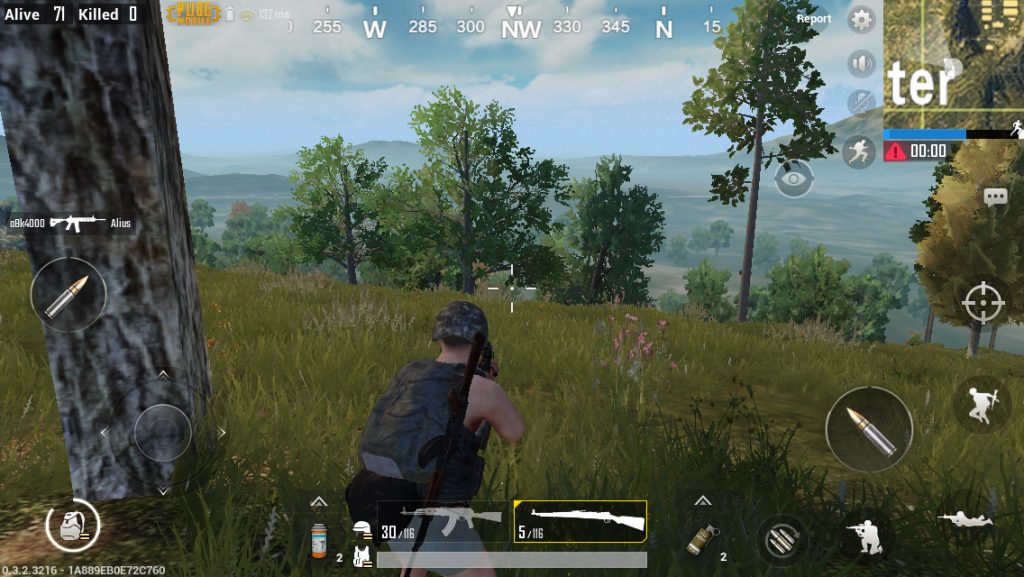 As for how PUBG actually plays, all the controls are represented on-screen by buttons. Crouching and going prone, reloading and opening your backpack, even zooming in and free-camera mode get their own buttons. The controls are difficult to master, but the mechanics translate well to touchscreen. The only problem is if your screen is too small and your fingers are too big! 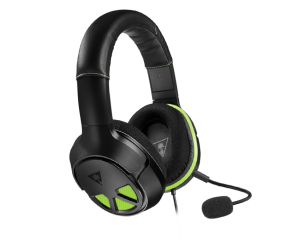 Recommended: XO Three for Xbox One

Put on your powerful 50mm over-ear speakers and discover the unbeatable sound and crystal clear chat. XO Three features Turtle Beach’s renowned high-sensitivity mic that ensures your commands are heard loud and clear. Easily play for hours as the XO Three’s fabric-wrapped ear-cushions and bonded leather-wrapped headband offer better breathability and added comfort. The adjustable mic can be removed when watching movies or listening to music.

A nice addition to the mobile version of PUBG is that items around you will be automatically picked up when you’re in close proximity – there’s no need to waste time tapping on those painkillers. The game is even smart enough to know you don’t want those 7.62mm rounds when you’re using an M16 and a UMP and will leave them on the ground.

A lot of what makes PUBG great remain in the mobile version. There’s a level of intensity when engaging another player that can’t be matched by other games. Even the sound transfers well to mobile, though you will want to ensure you’ve got a good headset so you can hear when someone is approaching you, as mobile speakers won’t give you the right positioning. A headset like the XO Three is an excellent choice, as you’ll be able to accurately pinpoint an enemy’s location well before they can locate you.

There’s certainly a learning curve to playing PUBG on mobile, much like there is one when first starting out on PC. Despite this, it’s phenomenal to be able to play PlayerUnknown’s Battlegrounds while out and about.

After the huge success of PUBG, it was inevitable that other games would soon follow, but who would have guessed that a game which started out as a zombie horde base-defense game would steal the crown from the king? Now that Fortnite has blasted onto mobile, we can finally take our battle royale experience with us when we leave the house. And what better way to spend time finding ice cream trucks for your Battle Pass than doing it while on-the-go?

Where Fortnite really shines is with its building mechanics, which turn a normal encounter into a frantic race to out-maneuver and out-perform your opponent. Epic Games has managed to not only nail the aesthetic of Fortnite on mobile, but also stay true to the core gameplay. Building is just as important in the mobile version as in the console and PC version, and if you can perfect it on mobile, you’ll be dominating your competition. 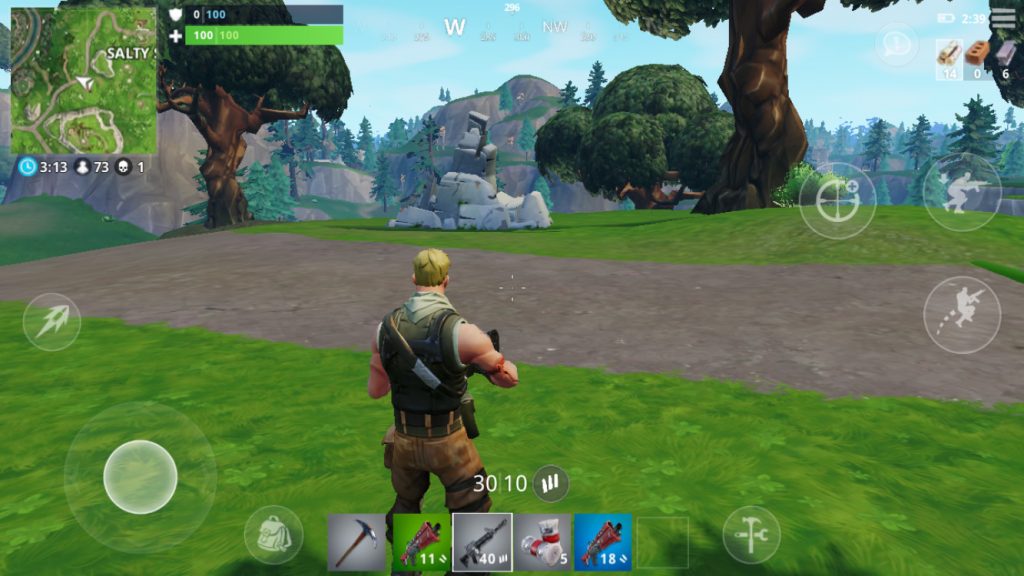 Much like PUBG, the controls for Fortnite translate to mobile through touchscreen buttons as well as double-tap functionality: double-tap shoot to auto-fire and double-tap run to auto-run. It helps bridge the gap from PC to mobile and takes the pressure off of holding your finger on the screen when you want to be performing other actions.

Another change to help mobile users is that items are automatically picked up when you run across them, but chests must still be tapped to be opened. This saves a bit of time and lets you keep your thumbs in control of moving and aiming. The same is true for using doors: simply walk into a door and it will open for you. These changes are small, but they help keep Fortnite on mobile fast.

The sense of excitement you get from quickly building up defenses during a shootout is still present. Hearing your enemy whittling away at your defenses as you look for an opportunity to attack is exhilarating, especially when experiencing it through a great gaming headset. Playing Fortnite on mobile with a headset takes the game one step further and lets you truly dominate your opponents, because being able to hear an enemy is just as important as being able to see them in Fortnite.

As for whether PUBG on mobile is better than Fortnite on mobile, or vice versa, is entirely up to the player. Some gamers will prefer to stick with one over the other. But as always, what’s better than having one game? Having two games. The only restriction at the moment is that Fortnite is invite-only, whereas anyone can download and begin playing PUBG.

Being able to take your favorite game with you on-the-go is phenomenal. Boring bus rides or plane trips become more exciting now that PUBG or Fortnite (or both!) are in your pocket. It’s also great news for those who wanted to experience Fortnite or PUBG but never could due to not having a PC, Xbox One, or PS4. While the mobile versions aren’t as pretty to look at as their older siblings, they shine in their own right as it means more people will get the opportunity to join in on the thrill of PUBG and Fortnite!