EVO 2019 Was A Festival Of Fighting Game Delights

Another year of EVO has come and gone, but the spectacle and electricity that ended with a legendary bout of Super Smash Bros Ultimate is still with us. 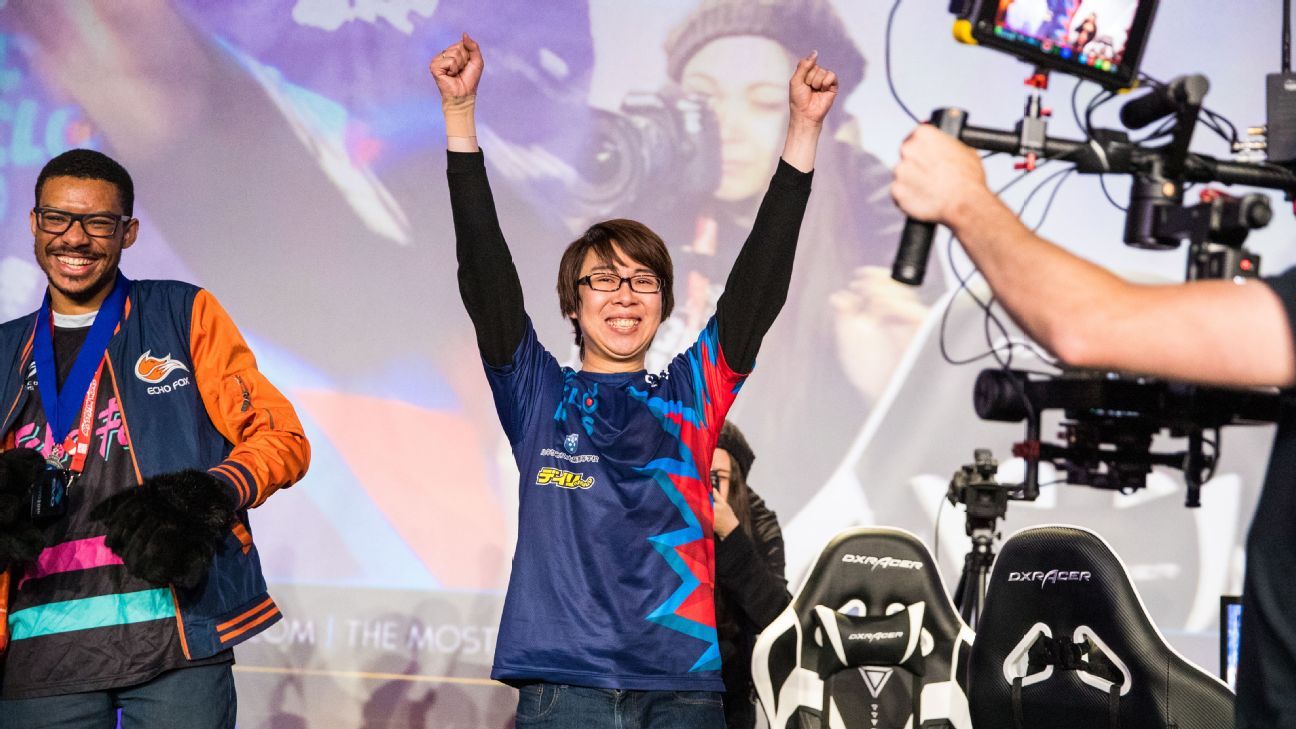 Each year, Las Vegas hosts a growing spectacle that is the Evolution Fighting Series of fighting game tournaments, commonly known as EVO. EVO 2019 gave us an all new set of amazing tournaments, unforgettable moments and announcements, and new champions. From top to bottom, from Soulcalibur VI through Super Smash Bros Ultimate, it was a weekend of triumph, tragedy, and amazing competition. Here are some of the highlights from the entire weekend of games.

One of the most notorious ongoing rivalries in all of competitive fighting games is that between Dominique “SonicFox” McLean of Echo Fox and Goichi “GO1” Kishida of CYCLOPS gaming in Dragon Ball FighterZ. Over the course of more than a year, the two have traded wins back and forth. SonicFox scored a major victory in EVO 2018 in a close and intense match. In 2019, it was GO1’s turn. 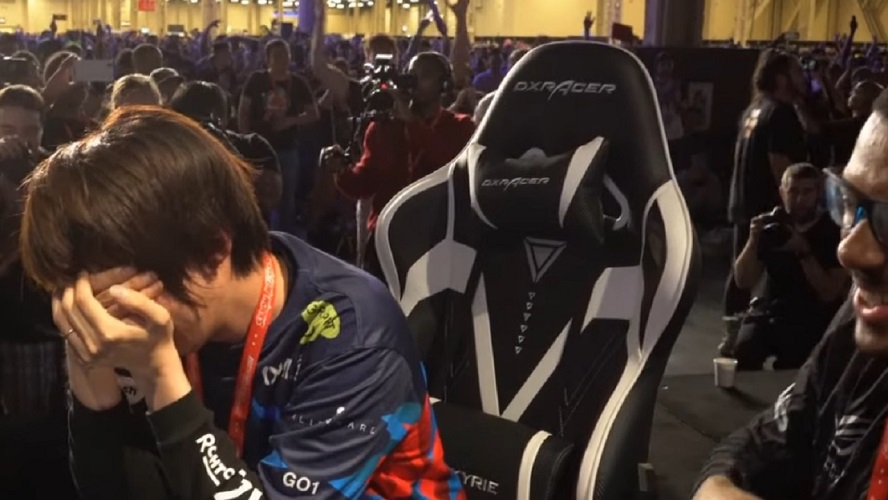 SonicFox took GO1 to the absolute edge. The CYCLOPS player was able overcome Sonic and send him to losers in their first bout, but SF fought his way right back to pursue Goichi in the DBFZ Grand Finals. SonicFox challenged GO1 in an intense final match-up, but Kishida’s Bardock prevailed and found the final hole in Sonic’s defense to claim the set in a 3-2 finish. It was a victory that saw Goichi break down in tears of joy. After coming back from a hand injury, prevailing over his respected opponent pushed GO1 over the edge. At the highest height of joy, SonicFox raised his opponent’s hand in appreciation as GO1 took the DBFZ championship before the cheering crowd.

It’s an interesting thing when multiple reps from an organization make it to a Top 8 at EVO. It’s even more fun when they face each other. What was crazy about EVO 2019 was that two teammates made it to the Grand Finals of Street Fighter V to throw down for all the marbles. Adel ‘Big Bird’ Anouche of NASR eSports and Masato “Bonchan” Takahashi are both Red Bull esports athletes, so when they fought their way to the finish line on Sunday, it was absolutely a bout to remember.

Bonchan is well-known for his incredible talents with Sagat throughout the Street Fighter series. He mauled his competition with the Muay Thai Tiger King to come to the Grand Finals on the winner’s side of brackets. Big Bird had a bit of a rougher road, having to fight his way through loser’s side and more matches, but his Rashid rocked his opponents. Atsushi Fujimura of the FUDOH team and his methodical Ibuki arguably came closest to cutting the road to the championship short, but Big Bird’s outright aggression couldn’t be overcome.

That is until he came up against Bonchan. For their match, Bonchan switched it up and went to his pocket pick Karin. The two of them then engaged in an intense set that came down to the wire. Big Bird took it to 2-2 and almost extended the match with a reset bracket (winning from loser’s side and resetting the match count for a final set). However, Bonchan would not be denied. Rashid had only a pixel of life left after nearly taking over with a Critical Art and Karin has just the quickness of moves to take advantage. Bonchan closed out the set with light punch and won his EVO 2019 Grand Final. It was his first time back to the grand stage since his 2nd place finish in Street Fighter IV at EVO 2014. Only this time, he went the distance and took it all before an electrified crowd.

Echo Fox’s Leonardo “MKLeo” Perez was given an interesting accolade just before EVO 2019. Red Bull released their finalized PGRU Spring 2019 list, which ranks the best Smash Bros players in the world. #1 on the list? MKLeo. It’s certainly not unearned with Leo having captured championship after championship with his absolutely amazing style of play, but at EVO 2019, he further drove the point home. MKLeo took an early loss at EVO that forced his back to the wall in the loser’s brackets. One loss could have knocked him out, but he wouldn’t be going home easy. The Joker player pushed through to the Top 8 and crushed all competition to arrive at a Grand Final against Team SoloMid’s Gavin “Tweek” Dempsey and his versatile Pokémon Trainer. 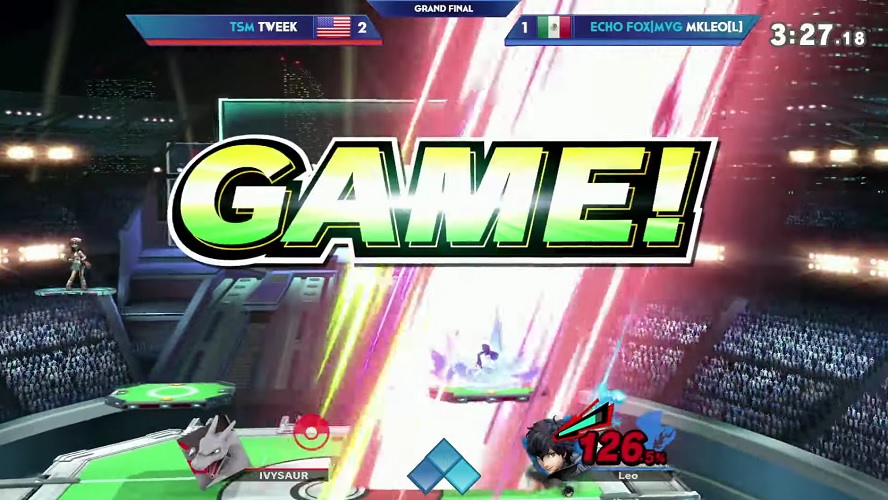 The final seconds of Game 4 between MKLeo and Tweek for the Evo 2019 Smash Ultimate championship were a pivotal moment from which MKLeo formed his triumphant victory. [Image by Evo/Triple Perfect, Inc.]

Dempsey went up early in the set and for a time, it looked like he’d be able to put MKLeo down before Leo could find his footing. However, Tweek lost control of a pivotal Game 4 at 2-1 with Leo. With one stock a piece, Tweek went for a killshot on the edge of the stage with Charizard and just barely missed taking Leo’s Joker out for good, allowing the Echo Fox champion to turn the tables and seize the match to make the set 2-2.

From that stunning turnabout, it was all MKLeo’s show. He found his rhythm against Tweek and turned the tide with match after match, outperforming Tweek just enough every step of the way. MKLeo would go on to take six straight game wins against Tweek – three to escape loser’s bracket and three to capture the Grand Finals and blow the minds of every single person watching in the arena and at home. PGRU calls MKLeo the best Smash Bros Ultimate player in the world for a reason. When you see a phenomenal run like the one he pulled against Tweek, you understand why. 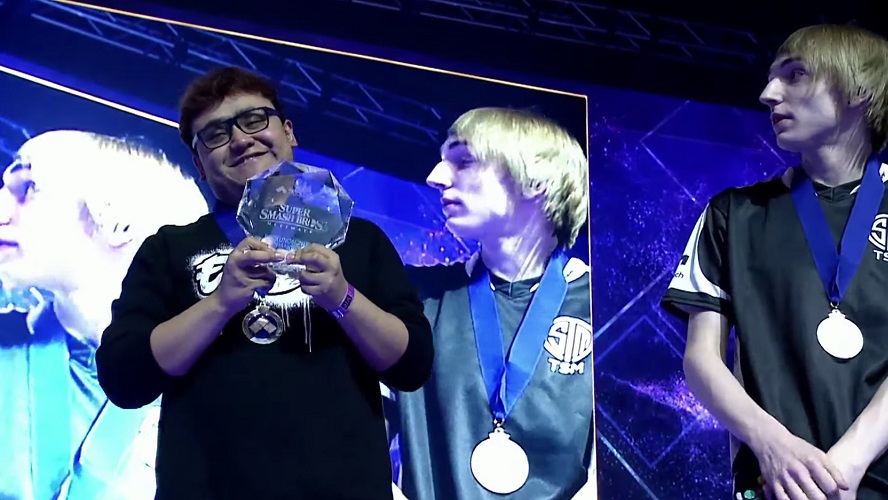 It was a hard fought match, but MKLeo proved why he’s considered the best Super Smash Bros Ultimate player in the world in an incredible comeback. [Image by Evo/Triple Perfect, Inc.]

EVO 2019 was definitely one to remember. GO1, Bonchan, and MKLeo’s victories were stunning to name a few, but there was a mountain of amazing fighting game competition throughout the weekend in Las Vegas. From a 9-year-old player making it out of brackets in Dragon Ball FighterZ, to female player Kayane scoring a Top 8 place in Soulcalibur VI, to Arslan Ash cutting a path through opponents in the Tekken 7 championships, and more, the players made phenomenal moments that will forever be lodged in our memory. We can’t wait to see how EVO and the community around tops itself next year. 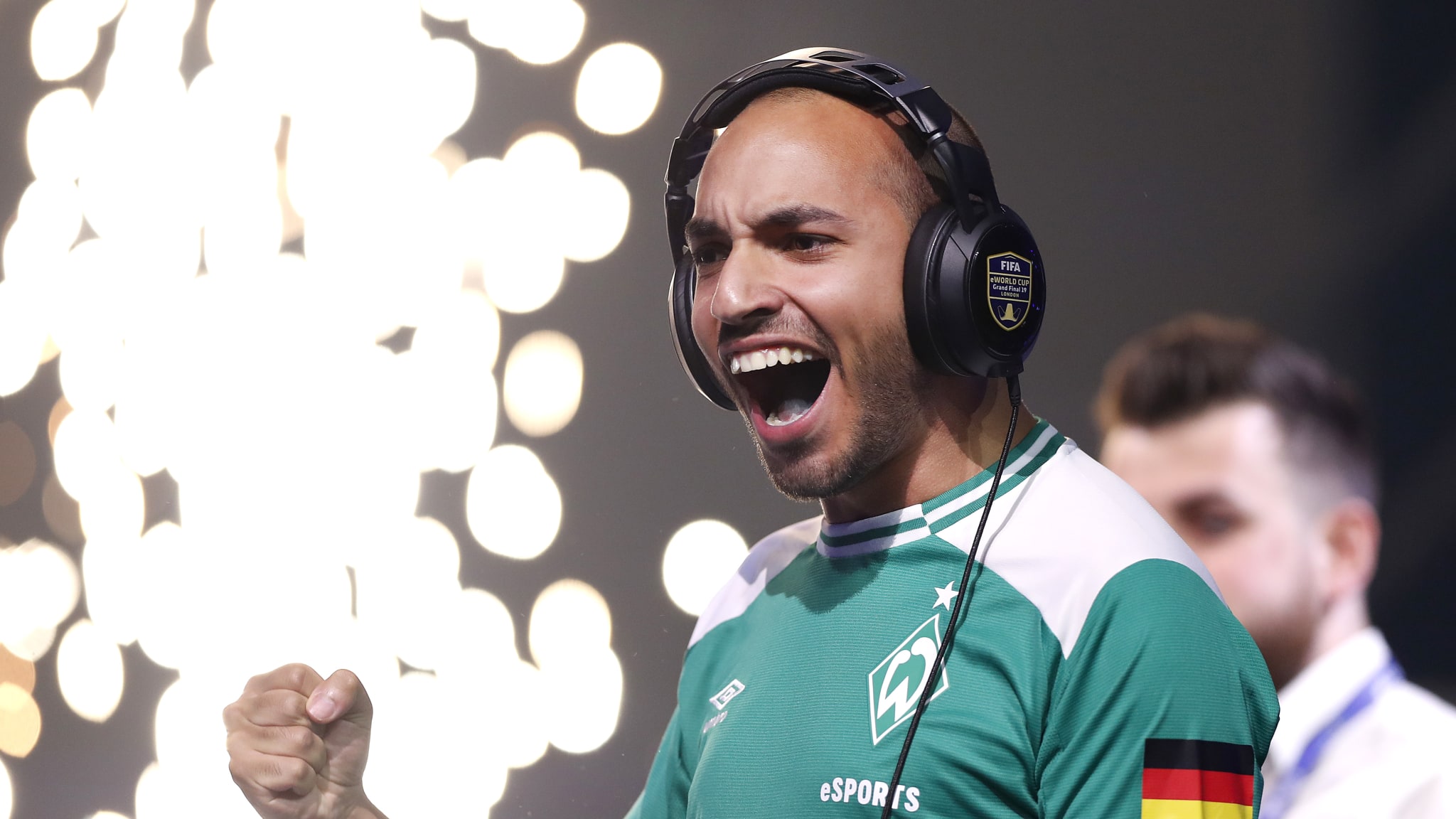