Diablo Immortal: How To Change Difficulty, and What Does Hell Difficulty Do 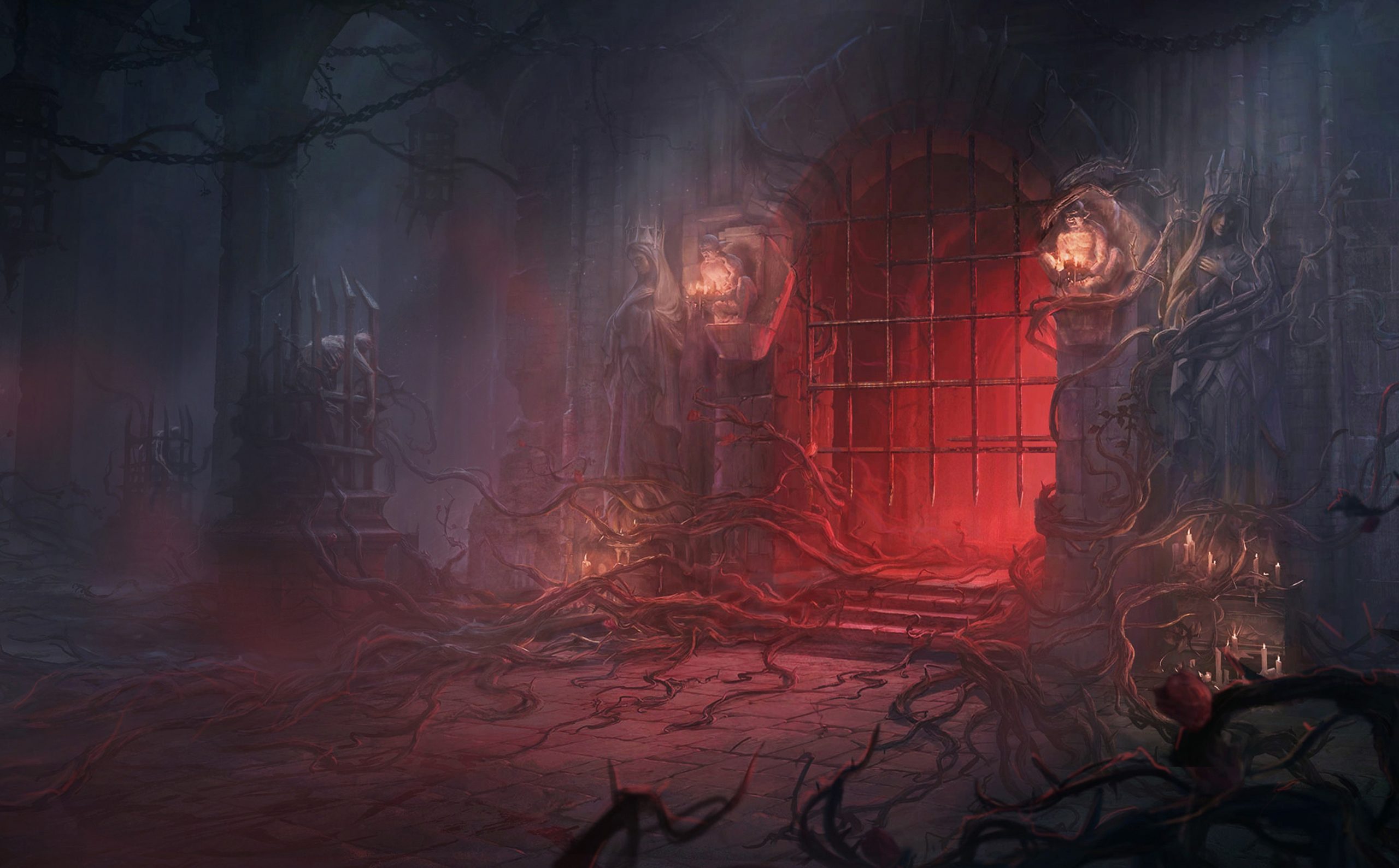 When you first start the game you’ll begin on ‘normal’ difficulty, but eventually, you’ll be given the opportunity to choose between four increased levels of difficulty in Hell. Before you can do anything though, a quick bit of housekeeping. Before players can change Hell difficulty in Diablo Immortal you will first need to finish the main story AND reach level 60.

Assuming you’ve reached this point, you’ll now be very much into the endgame of Diablo Immortal and increasing your difficulty will subsequently grant you the ability for greater challenges, better loot and additionally more rewards for your efforts. Read on and we’ll explain what you have to do to change the difficulty in Diablo Immortal.

How To Change Difficulty In Diablo Immortal

As we’ve mentioned already, you will first need to complete the game’s main story and reach level 60. Do note, that this can take some time, so you won’t be able to manually change the difficulty right away. Of course there are ways you can farm XP and level up fast, but regardless you will need to level up before you can even consider changing the difficulty from the standard level it’s set when you first start.

After you reach level 60 in Diablo Immortal you can change your difficulty by traveling to Westmarch. From here, open your map and click on the skull icon in the top right of the screen. In this menu you can select your difficulty level from the four different tiers titled ‘Hell I’, ‘Hell II’, ‘Hell III’, and ‘Hell IV.

These difficulties also provide a rough range of the Paragon levels which are suggested for each difficulty. You’ll find the details of these four difficulties just below: 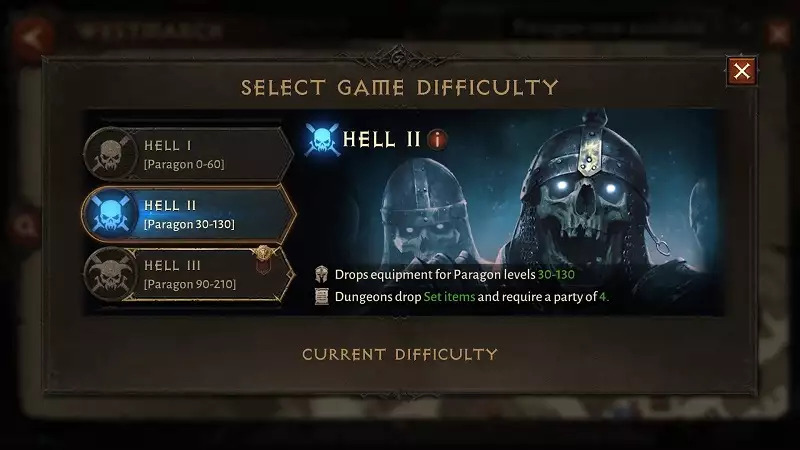 What does Hell Difficulty Do In Diablo Immortal

As we’ve touched on the game provides a rough guideline for the paragon level it recommends for each tier of difficulty in the game. The reason it does this is that when you raise the difficulty it also raises the combat rating of monsters.

So enemies across the board will get stronger and require more powerful attacks to vanquish as you increase the Hell difficulty. Whilst this naturally makes the game harder, it also means you’ll earn better higher level loot, which in turn will help you improve your own gear and gems, and subsequently increase your own battle rating (which is noted in your inventory state sheet).

Below you’ll find a rough guide to the Monster Combat Rating for each level of difficulty in the game:

Why Should You Increase Difficulty In Diablo Immortal

We’ve mentioned that you can get better loot from higher difficulties and that’s obvious. But it should also be noted that some of the game’s best items you can equip come from set items that can only be attained at certain levels of Hell.

If you’ve never played Diablo before, set items work like this. If you have 2 items of the same set, you’ll gain a buff. This buff increases depending on whether you have 2, 4 or 6 items from the set in question.

The thing is, you can only get two items from each set from playing dungeons at hell level 4. So as you can see, you will eventually need to increase your hell difficulty eventually if you want to obtain some of the best loot available.