Death Stranding: Everything You Need To Know

Death Stranding has another trailer, and from the looks of it we’re going on a journey to reconnect a ruined world.

Death Stranding has been nothing short of vague in every bit of its being since Hideo Kojima first announced it in 2016. Though we knew full well about most of of its star-studded cast, featuring Norman Reedus, Mads Mikkelsen, and Guillermo del Toro, it was difficult to glean much more until the last two trailers, especially the most recent Release Date trailer put up on May 29, 2019. Death Stranding’s quirky apocalyptic sci-fi future is finally starting to come together proper.

What is Death Stranding About?

This is still a little bit of a difficult question to answer and likely will continue to be right up until the game’s release, but here’s what we can tell you now. Death Stranding seems to take place in a future that has been ravaged by destruction. Cities have been ruined, wilderness has reclaimed much of it, and humanity has been scattered to the winds. In the midst of this, players take up the role of Sam Porter Bridges – a courier tasked with delivering important items across the long stretches of danger between scattered civilization. It’s perhaps more than that though. Other characters in the game allude to Sam connecting humans around him through his work and bringing them together.

That said, there’s more than a little danger out there to contend with. When it rains, anything the drops come in contact with seems to age incredibly fast. Even further, creatures known only as “BT”s appear. Invisible except when sensed using special detecting equipment tied to strange “Bridge Babies”, these creatures will create murky pools of black beneath individuals and drag them down. It seems so far that people who succumb to this and “die” become trapped in a state between past and future and must journey back to reality through war-torn instances of time.

As if all of that wasn’t bad enough, there are also human organizations that seek to hinder or harm Sam on his journeys. Hazmat-suited groups rove the lands and will chase after and try to capture him if they see him. There’s a lot to deal with, but a courier has to do what a courier has to do. 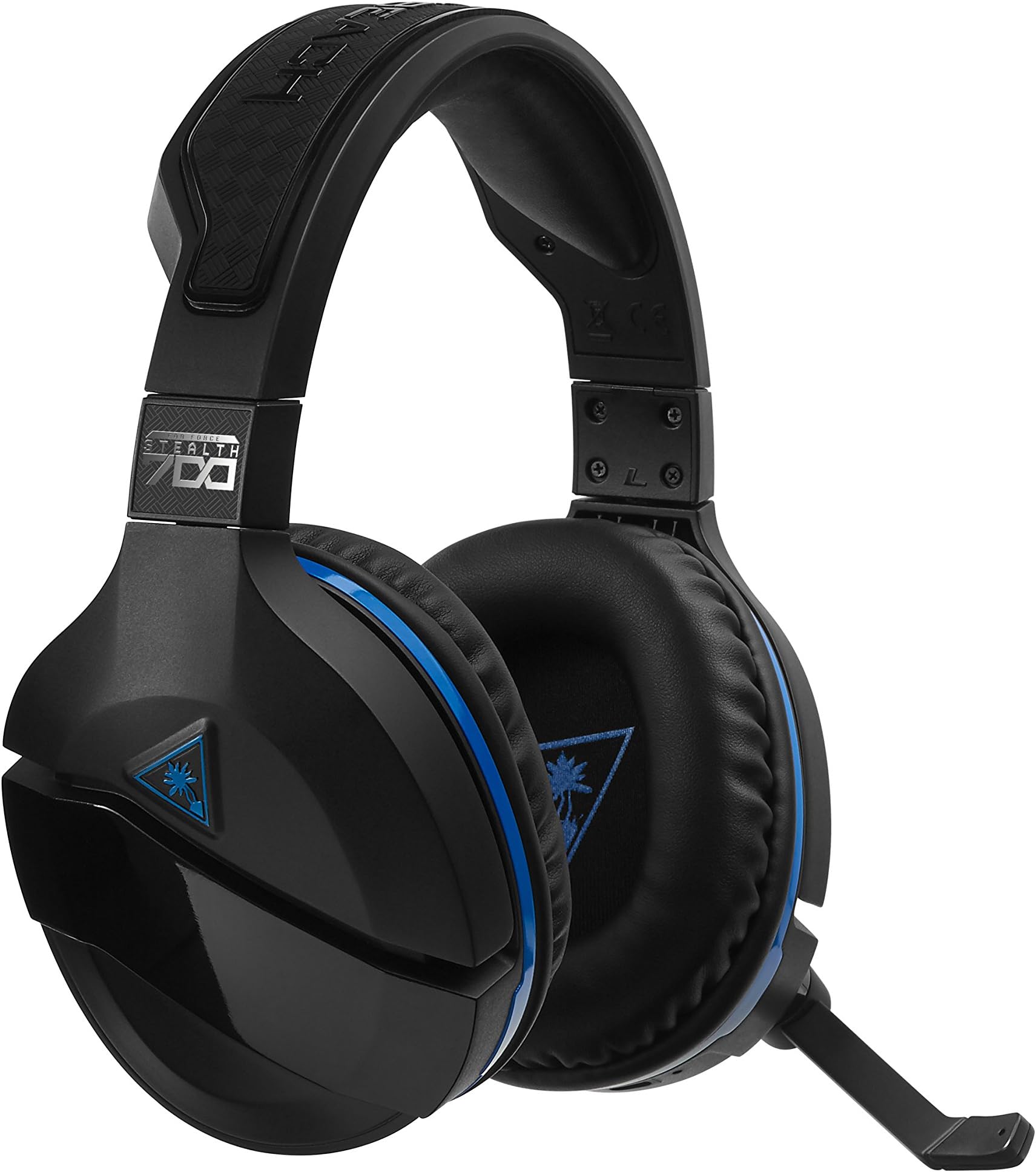 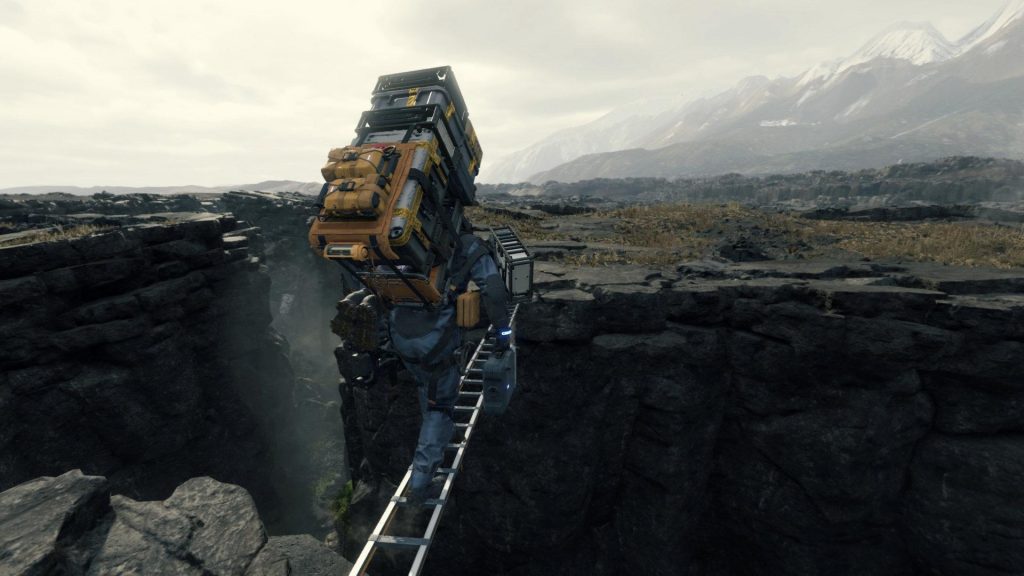 What Do You Do In Death Stranding?

What you actually can do in Death Stranding seems a bit more straightforward than the narrative it pushes suggests. You traverse the wilderness with a variety of tools at your disposal, and Sam (Norman Reedus) has quite a lot to work with when it comes to this. It would seem that as Sam, you can craft and employ tools to help you through the land, including extendable ladders and rappelling ropes (wow, that ladder was awesome). We’ve also seen him employ a motor bike of some sort. Of course, when the BTs come out, the detecting equipment comes into play, aiding the player in carefully navigating the situation and attempting to stay out of proximity of their awareness.

When human or other more physical hostile presences come after Sam, you can either run and hide or stand and fight. Either way, Sam seems to have the skills to deal with it. Tall grass and other terrain can help you stay stealthy and avoid detection, but Sam can also throw a mean punch or two. He’s even apparently willing to use whatever he’s carrying as a weapon, as we saw him belt an enemy with a briefcase before attempting to escape on motor bike.

It seems if caught by the BTs and taken through time instances, Sam can also use what’s available to fight his way through it. We saw him use an assault rifle to dispatch ghostly soldiers on his way through a dangerous instance of trench warfare. 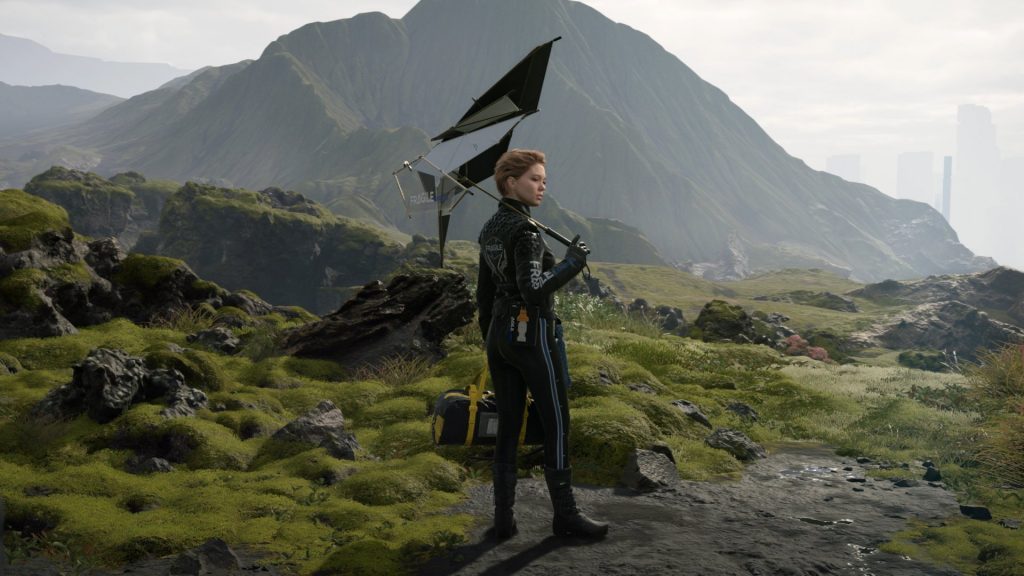 Death Stranding is built upon connections. Hideo Kojima has often referred to a large concept in the game as “building the rope”. He went deeper into this in on a post on PlayStation Blog.

“As Sam Porter Bridges, you will attempt to bridge the divides in society, and in doing create new bonds or ‘Strands’ with other players around the globe.” You know, a “strand game.”

Does this mean there will be some kind of multiplayer in Death Stranding? That is difficult to say from what we’ve seen so far, but the emphasis on connections, bridges between humanity, and bonds in general seems to point to the idea that Death Stranding won’t exactly be an isolated gaming experience. There may yet be an online element in which we somehow interact with other players and, as Kojima puts it, “build the rope” between us.

Whatever final form Death Stranding ultimately takes, it has created an interesting narrative and interactive world that is finally becoming a bit clearer and more engaging. The game is expected to launch on November 8, 2019 on PlayStation 4. 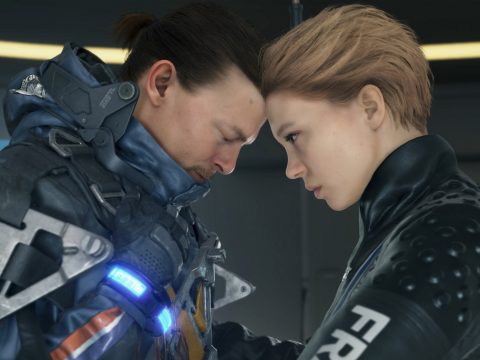