Our favorite inside jokes from Night City. 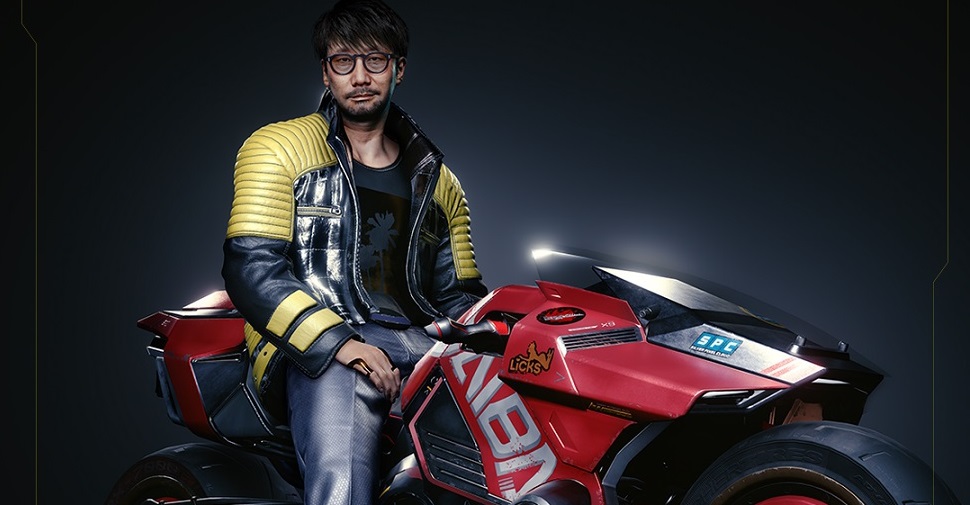 Cyberpunk 2077 gives players an enormous city to explore, countless missions to take on, and a deep story with plenty of crazy twists and turns.  There’s an insane amount to keep you busy on your adventure, but there’s even more fun hiding just beneath the surface.  Once you take a moment to look behind the veil of Night City, you can discover some truly surprising real-life cameos and well-hidden easter eggs.  Venture off the beaten path with us to sus out the sly nods and unique secrets waiting to be found in Cyberpunk 2077. 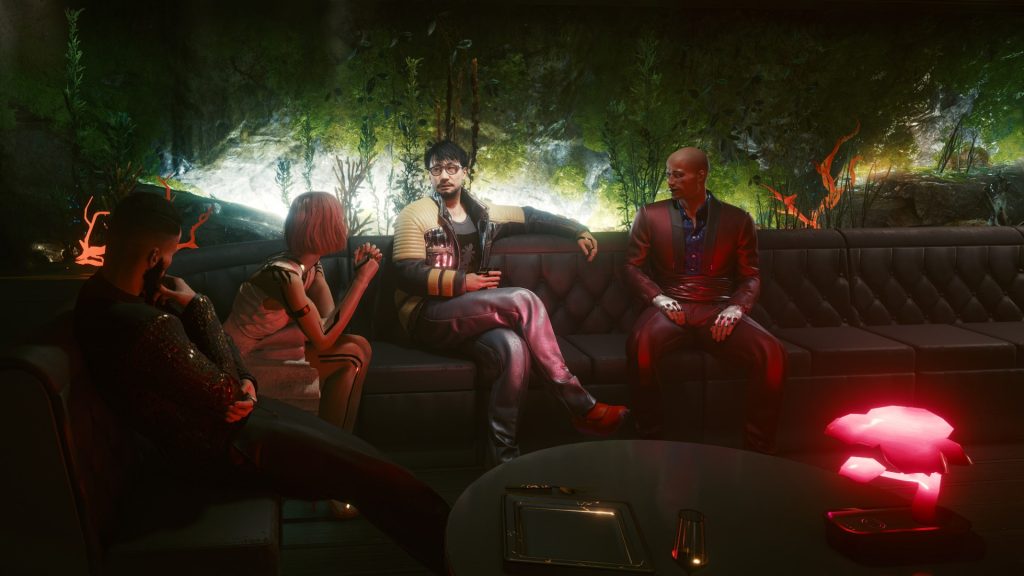 Did you catch Kojima in Konpeki?

Everyone knows that Keanu Reeves plays the role of Johnny Silverhand in Cyberpunk 2077, but he’s not the only familiar face hanging out in Night City.  Those who closely follow the gaming world will be thrilled to know that none other than Hideo Kojima makes a surprise appearance.  Kojima is well-known for creating the Metal Gear franchise, and most recently gave the world the completely bonkers and equally thrilling Death Stranding.  It appears Hideo took a moment away from game development to spend some time in Night City, where you’ll find him hanging out at the hotel bar in Konpeki Plaza.

Alanah Pearce may not be a household name in the gaming world just yet, but she’s certainly well on her way.  Pearce first caught some attention as a writer for IGN, and then moved over to the Rooster Teeth gang.  After a short stint there, Alanah announced that she’ll be taking on a writing gig at God of War studio, Sony Santa Monica.  Before she starts writing Sony’s next big game, Pearce made a pitstop in Night City.  You’ll be able to spot her during the “These Boots Are Made For Walkin’” side-mission, where Alanah can be found hanging out in a junkyard.

There’s game creators and writers hiding in the world of Night City, but what about game players?  Developer CD Projekt Red has paid tribute to some members of the streaming scene with special cameos in Cyberpunk 2077, including Cohh Carnage.  Carnage streams to over 1.3 million followers on Twitch, which is no doubt a massive following.  All of his fans will now be able to spot him hiding in Cyberpunk 2077 playing the role of Garry the Prophet.  To see Garry yourself, check out the alleyway by Misty’s Esoterica and Chakra Harmonization shop. 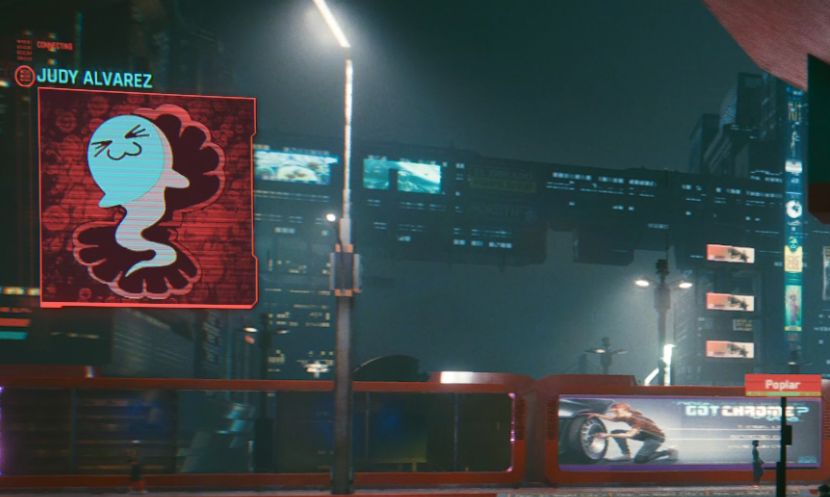 Judy Alvarez’ phone avatar is a little on the nose.

CD Projekt Red may be getting tons of attention right now for Cyberpunk 2077, but they originally gained millions upon millions of fans for their work on the Witcher series.  It’s clear that CD Projekt Red hasn’t forgotten where they’ve come from, as they’ve paid tribute to one of the Witcher’s characters in Night City.  Those playing the Corpo route will have to clear the “Corpo-Rat” quest at some point, which gives you access to your office.  Snoop around in one of the desk drawers and you’ll spot a magazine advertising The Witcher 3.  The cover features Ciri, the sole princess of Cintra, front-and-center.

Ghost in the Shell

Cyberpunk 2077 has been greatly influenced by the many amazing cyber-noir and sci-fi projects that came before it.  You can see influences from numerous movies throughout the game, but one particularly sly nod is tied to the anime classic, Ghost in the Shell.  The multi-award winning animated feature film is one of the most highly regarded and influential pieces of cyberpunk cinema out there, which makes it no surprise to see a tip of the hat in Cyberpunk 2077.  You can spot this reference whenever Judy calls you on your cell phone.  Just before Judy connects on call, you can see an avatar that features a ghost flying out of a clam shell.  A neat tribute handled in a very sneaky way.

Believe it or not, the Ghost in the Shell reference isn’t the only shell-related Easter Egg hiding in Cyberpunk 2077.  CD Projekt Red saw fit to tribute the 1993 sci-fi film Demolition Man, which starred Sly Stallone and Wesley Snipes.  Fans of the film will no doubt recall an infamous scene where Stallone is introduced to the bathroom habits of the future.  When Stallone asks why a bathroom doesn’t have toilet paper, he learns that people in the future use three seashells for clean-up.  Unfortunately, the film never explains exactly how those shells are used, leaving fans wondering for decades just what the process is.  That question is clearly still on the minds of Cyberpunk 2077’s devs, as the bathroom in the main character’s apartment displays three seashells right next to the toilet. 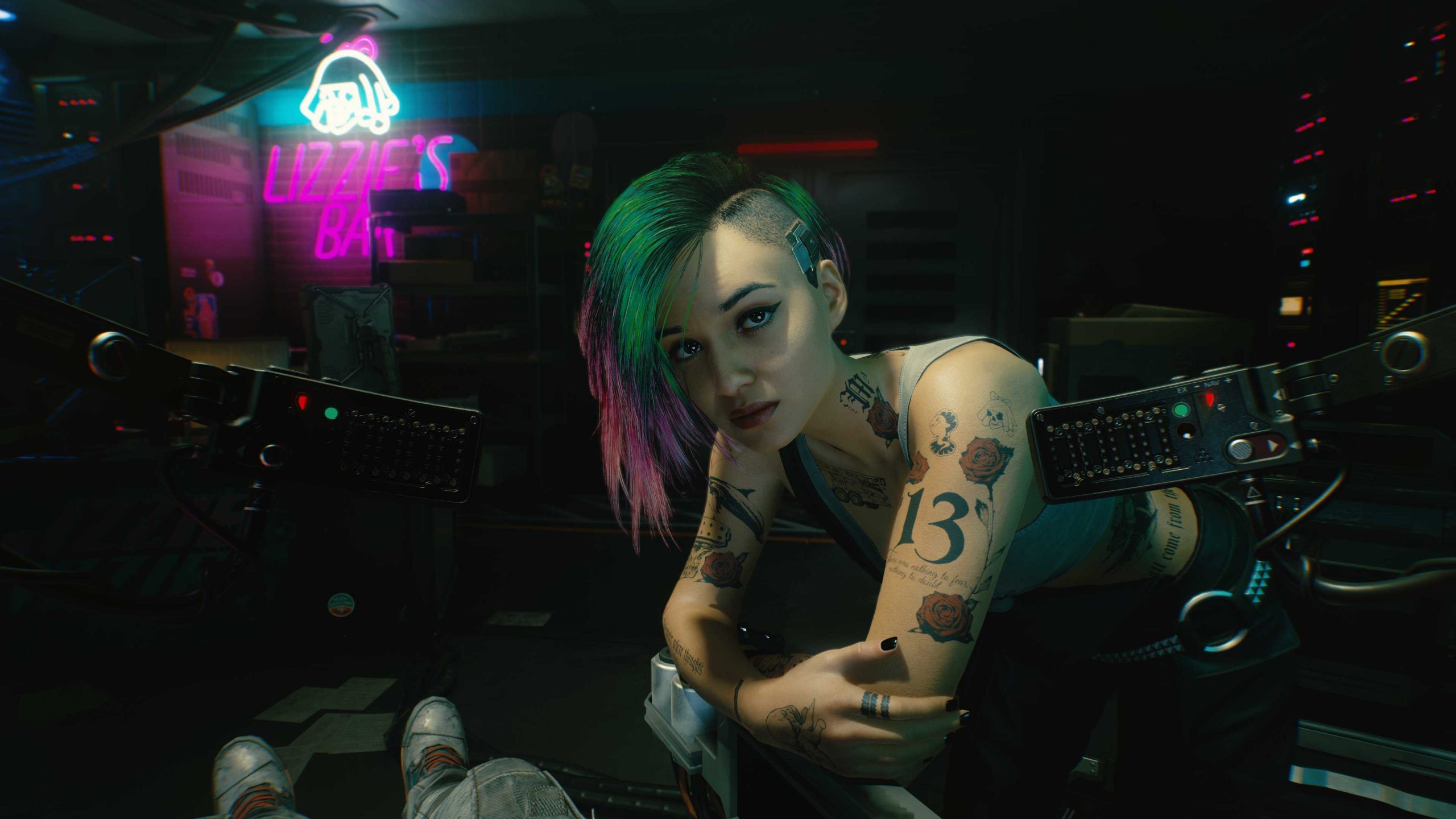 Open yourself up to the exploration and follow these beginner tips to ensure your cyberpunk adventure is both an engaging and rewarding one.