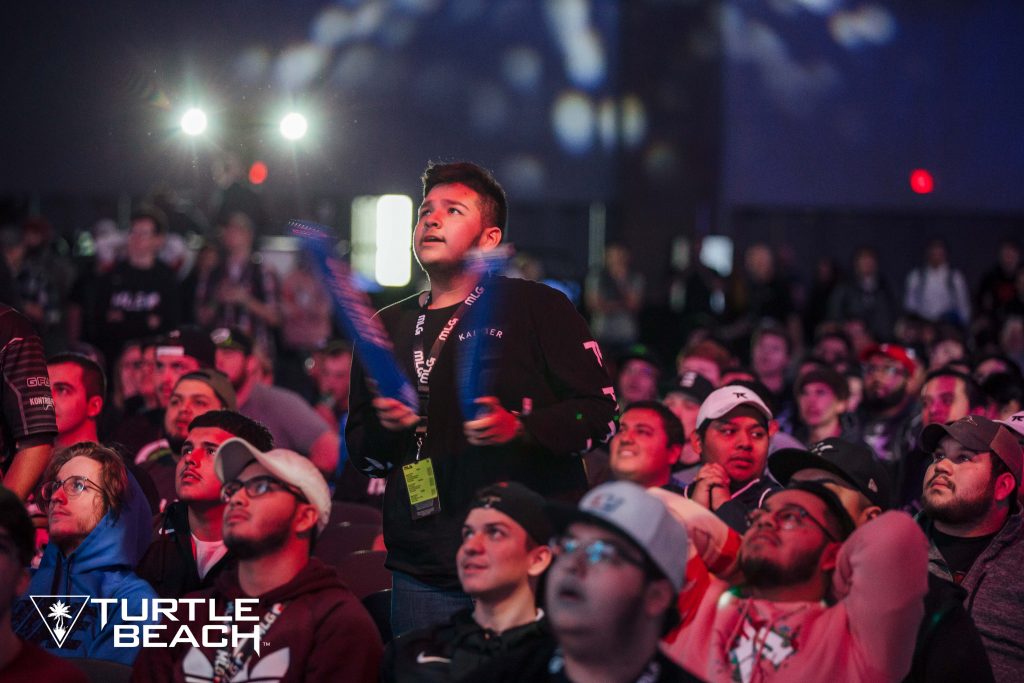 The first event of the Call of Duty World League premiered this weekend, with professional teams and hopefuls alike descending on Dallas for their shot at glory and fame. Some of the main contenders appearing at CWL Dallas were: OpTic Gaming, Splyce, EnVyUs, eUnited, Team Kaliber, Echo Fox, Luminosity, FaZe Clan, Epsilon, and Enigma6. With over 160 other teams competing in the Open Bracket, every group had their eyes locked on the prize pool, totalling an impressive $200,000, along with $25,000 CWL Pro Points.

Despite a couple of halts to the gameplay, CWL Dallas soldiered on with phenomenal gameplay all around. OpTic Gaming kicked off with an incredible 4-0 in Pool Play, removing Red Reserve and Splyce from the Winner’s Bracket. This left OG in the Winner’s Bracket semi-final.

Unfortunately, this march toward the final was put to a halt by none other than Team Kaliber, an otherwise underdog combatant that the Green Wall did not expect. Ardennes Forest was first up, featuring the iconic Hardpoint gamemode, where OpTic brought their A-game, but it wasn’t enough as Kaliber took the first map 250-234.

Ardennes popped up again and this time S&D was the mode. Though OpTic took a decisive lead, Kaliber regrouped and managed to take the map 6-5, securing a 2-0 lead over the titleholders. A victory on Flak Tower, Capture the Flag, was needed for OG to stay in the Winner’s Bracket, but it wasn’t to be as tK claimed an incredible 4-1 victory.

This thrust OpTic Gaming into the Loser’s Bracket where they had no choice but to fight tooth and nail in order to get back in with a shot at glory. There’s nothing more satisfying than seeing someone claw their way back to where they belong, and that’s precisely what OpTic Gaming aimed to do. Game after game, opponent after opponent, OpTic fought their way to the final game in the Loser’s Bracket, where they faced off against Splyce – the team they had originally defeated earlier on.

Over in the Splyce camp, after their fight against OpTic Gaming, they were thrust immediately into the Loser’s Bracket and were staring down the barrel of the proverbial gun. However, as luck (and mostly skill) would have it, the team was destined for greater things.

After fighting their way through Echo Fox and FaZe Clan in the Loser’s Bracket, Splyce met their nemesis, OpTic Gaming, once more in the Loser’s Final – creating an intense series of matches. A common theme was beginning to take shape as Splyce claimed victory on Ardennes Forest Hardpoint with an impressive 250-186, and then again on Ardennes, though this time Search and Destroy.

The final map was London Docks Capture the Flag, and after an intense bout of flag-swapping, the game went into overtime. OpTic Gaming managed to snatch the flag in record time, but Splyce beat the time in the following round, eliminating OpTic Gaming from the first Call of Duty WW2 CWL. Despite the loss, OpTic Gaming has earned third place in the series!

With the Loser’s Final out of the way, Splyce had to take on Team Kaliber for their chance of taking home the lion’s share of the prize pool. The first match of the Grand Final took place on Sainte Marie du Mont Hardpoint, and Splyce largely made it their home, holding a substantial lead, but it wasn’t meant to be as Team Kaliber fought back with a vengeance, taking Map 1 250-230.

The second map was Ardennes Forest, a historically good map for both teams. The game mode was Search and Destroy, and though both teams proved skilled in the snow-laden battlefield, it was Kaliber who found victory with a 6-2 score.

Capture the Flag was up next, again on Ardennes Forest, but this time both teams were reserved – Splyce in an attempt to deny Kaliber the edge they needed to claim the Grand Final, and Kaliber, trying to avoid handing a win to Splyce, prolonging their path to victory. In the end, Splyce seized an opening and walked away from CTF with a single capture, bringing the Grand Final to 2-1 in Kaliber’s favour.

Hardpoint on Ardennes Forest (again) was up next, and it was Splyce who put their best foot forward, walking away with a 250-225 win and bringing the match-up to a round 2-2. With Splyce on the verge of a bracket reset, Sainte Marie du Mont appeared again, this time with the Search and Destroy mode. Unfortunately for Splyce, playing another best-of-five wasn’t an option as Team Kaliber dominated the map, and although Splyce fought hard, Kaliber ultimately walked away with the victory, claiming the CWL Dallas Open title.