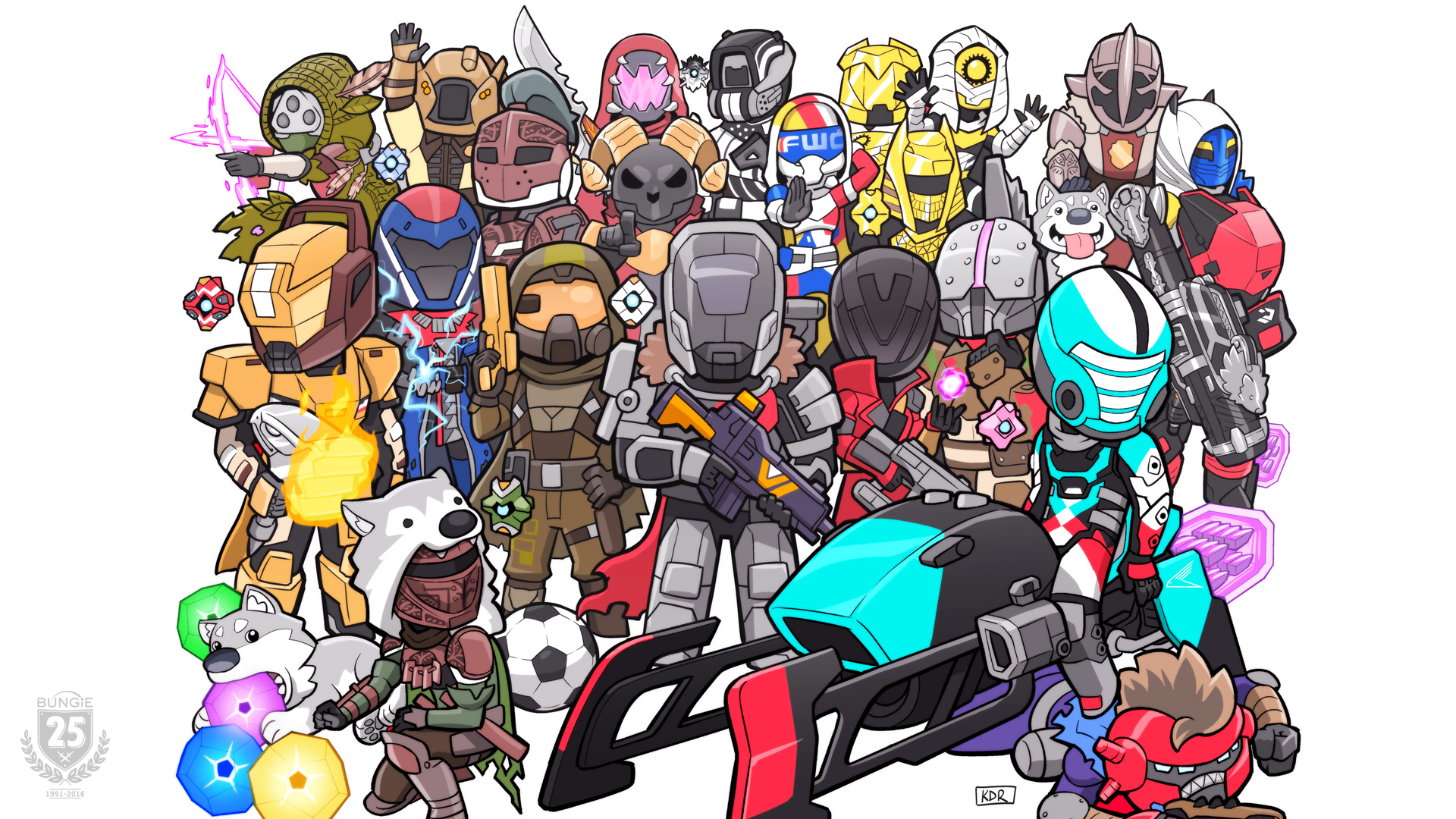 Bungie celebrated the first Bungie Day on July 7, 2007 and all these many years later we’re still here, celebrating everything the studio has given to fans.

Bungie Day normally brings with it a few cool little announcements too, which is even more reason to pay attention to the studio’s website and social feeds.

But what will Bungie Day bring with it in 2022? Read on and let’s find out.

No Lightfall tease, but plenty of other announcments.

Today Bungie is celebrating with new merch and discounts of up to 50% off  in the Bungie Store. Players who have acquired the Gjallarhorn Rocket Launcher by completing the quest in the Destiny 2: Bungie 30th Anniversary Pack can now pre-order the NERF LMTD Destiny 2 Gjallarhorn Blaster*.

A new Heritage Eternal emblem will be included with purchases of select items on the Bungie Store through July 13.

The Bungie Day Giving Festival is now live until July 20. Over fifty members of the Bungie Community will host live streams to fundraise for the Bungie Foundation, with funds used to support children’s health and well-being, humanitarian aid and inclusion, diversity, and equity projects. Players can donate to unlock new cosmetics in Destiny 2.

The Bungie Foundation has partnered with Make-A-Wish to create life-changing wishes for children with critical illnesses. Purchase the Loyal Companion emote — inspired by Cristian’s wish to have his dog Artemis immortalized in Destiny (learn more about his story here) — at the Eververse store until Season 17 ends on August 22. Or take home a real-life plushy version of Prime-40’s Artemis through the Bungie Store. 100% of the profits from the Loyal Companion emote and Artemis plush will support the Bungie Foundation. .

Bungie has also collaborated with nine cosplayers worldwide, including LilyBean, to create their interpretations of Savathûn, the Witch Queen, the titular character in Destiny 2’s latest expansion. Visit the official Bungie blog post to see their amazing creations.

Bungie is reportedly working on a new Destiny game for mobile, in collaboration with NetEase.

The news comes via The Game Post who claims to have seen “an unannounced FPS mobile game” developed in collaboration with Bungie listed on the LinkedIn profile of a NetEase Games artist.

Supposedly the studio has been working on this new Destiny game for over two years.

Could we see a teaser for this new game revealed during Bungie Day?

What is Bungie Day?

In the developer’s own words, “Bungie Day was created by our amazing community long, long ago because of something to do with our weird fixation on the number seven.”

It’s a day of celebration for the studio that gave us so many great games, including Marathon, Myth, Oni, Halo, Destiny and so many more.

In addition, it’s a fantastic chance for the studio and community to support several charity initiatives through the Bungie Foundation.

That’s everything you need to know about Bungie Day in 2022, but stay tuned for more news and updates as we approach July 7.

If you’re looking for more Destiny 2 guides then follow the links below for more helpful tips, tricks and explainers.