Like two titans fighting endlessly, the feud between Battlefield and Call of Duty continues. 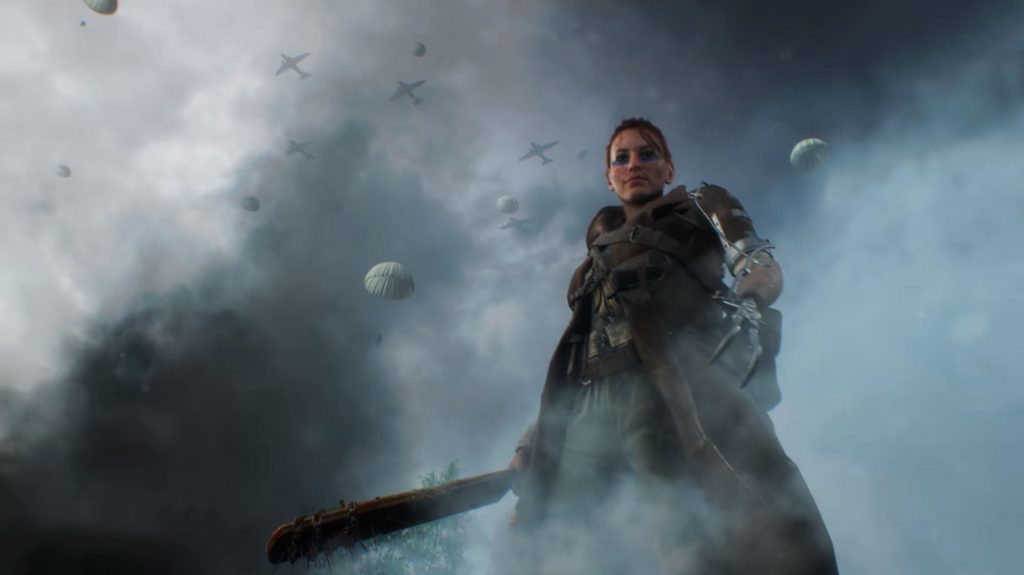 It’s the battle that is older than time immemorial, Battlefield versus Call of Duty. These two titans of the gaming industry have always split the video game community, with few players preferring both. One game offers extremely fast, tight-knit, twitch-reflex based combat while the other utilizes vast open spaces, vehicular combat, and a slower pace. It can be extremely difficult to state that one is better than the other, but let’s weigh up the pros and cons of each title!

The single player experience is still alive as is attested by the critically acclaimed God of War, and since Call of Duty and Battlefield first appeared, they’ve both included their fair share of single player campaigns. Fighting in a squad of hilarious characters in Battlefield Bad Company was pure bliss, as was our first time through Call of Duty 4: Modern Warfare – we’ll always remember crawling through the fields in a ghillie suit with Captain McMillan. It was an experience that would be made infinitely more intense with a headset like the Stealth 700, hearing the deep rumble of the tanks pass by as we lie quietly in the grass or the gentle rustle of leaves as we get into a position to snipe a lookout in the tower. Maybe it’s time to play through Modern Warfare Remastered again.

Battlefield 1 also made us feel emotions we never knew we had as we took part in the first war from multiple perspectives, and even then there’s the infamous Black Ops series, with some of the best campaigns in the franchise. But now that Call of Duty is dropping the campaign to focus entirely on multiplayer, it seems like Battlefield V is going to take the cake from here on out in the single player category.

Call of Duty has always had a vast swathe of multiplayer modes on offer for all types of gamers. Whether you’re one to prefer objective-based modes or classic team deathmatches, or even if you’re partial to a bit of zombie killing, there was something for everyone. And then there is Battlefield, a series that is known for its epic multiplayer scenarios. Modes like Conquest and Rush make use of the huge maps to host impressive objective-based fights while deathmatch takes a little piece of a huge map and throws players in to experience faster combat.

A multiplayer gamemode like Nazi Zombies has stuck with us since its inception in World at War. Countless hours have been spent unravelling the mysteries of the zombie-infested world as we’ve tried to fend off against a never-ending wave of the undead. Call of Duty Black Ops 4 looks to continue the thrill of multiplayer with an updated version of Nazi Zombies as well as vastly improved multiplayer that returns to the “boots on the ground” experience.

At the same time, we’ve poured hundreds of hours into Battlefield’s Conquest mode where two teams of 32 players fight against one another for control of bases. The scale of the Battlefield multiplayer modes has always been a highpoint for the franchise. With Battlefield 5 on the way, we’re basically guaranteeing ourselves another few hundred hours of explosive gameplay.

This one is just too damn close to call. Both franchises offer exceptional multiplayer experiences that shine in their own unique ways. Whether you’re an avid fan of the huge Battlefield maps or prefer the tight corridors of Call of Duty, it’s easy to recognize the brilliance of both games.

War games and vehicles go hand in hand. There’s something thrilling about jumping into a vehicle, whether it’s in multiplayer or singleplayer, and riding into combat firing out shells or unloading a heavy machine gun. Battlefield has always excelled at this, whether it’s during the campaign or an intense multiplayer match. All manner of vehicles have been available to player: ATVs, armored vehicles, tanks, helicopters, and even fighter jets. But Call of Duty has been almost entirely void of vehicular combat, with a few exceptions during campaign missions – who remembers skiing down the mountain in Modern Warfare 2?

In saying all this, Call of Duty Black Ops 4 will be including vehicles for the first time in the series, a phenomenal shift in the tried-and-true formula. While no one can really be certain how this will feel, if it’s even half has precise and smooth as the gunplay, it’s going to be incredible. Because both games will now have vehicles on offer, it’s difficult to pick a clear winner, even if Battlefield has had over a decade of a head start. However, Black Ops 4 seems to only include vehicles in their brand-spanking new multiplayer mode…

It’s the game mode (or is it its own genre now?) that has completely revolutionized online gaming. Battle Royale might have been around in various forms for a while, but only in 2017 did it really come into its own, and now in 2018, some of the biggest names in gaming are getting on board. While there’s no word from DICE about a Battle Royale mode in Battlefield V, Treyarch has confirmed that Call of Duty Black Ops 4 is receiving its own Battle Royale mode called Blackout. It will be interesting to see how a typically slow-paced and strategic game mode like Battle Royale fits within the fast-paced style of Call of Duty, but we’re all going to find out come October 12 when Black Ops 4 releases across PC, Xbox One, and PlayStation 4.

So the question remains, is Battlefield better than Call of Duty or is Call of Duty better than Battlefield? And unfortunately, like those who have come before us, it’s impossible to state unequivocally that one is superior. Both games offer such a unique experience that they both shine and impress in their own ways. Which franchise do you think is better or do you love both of them equally?