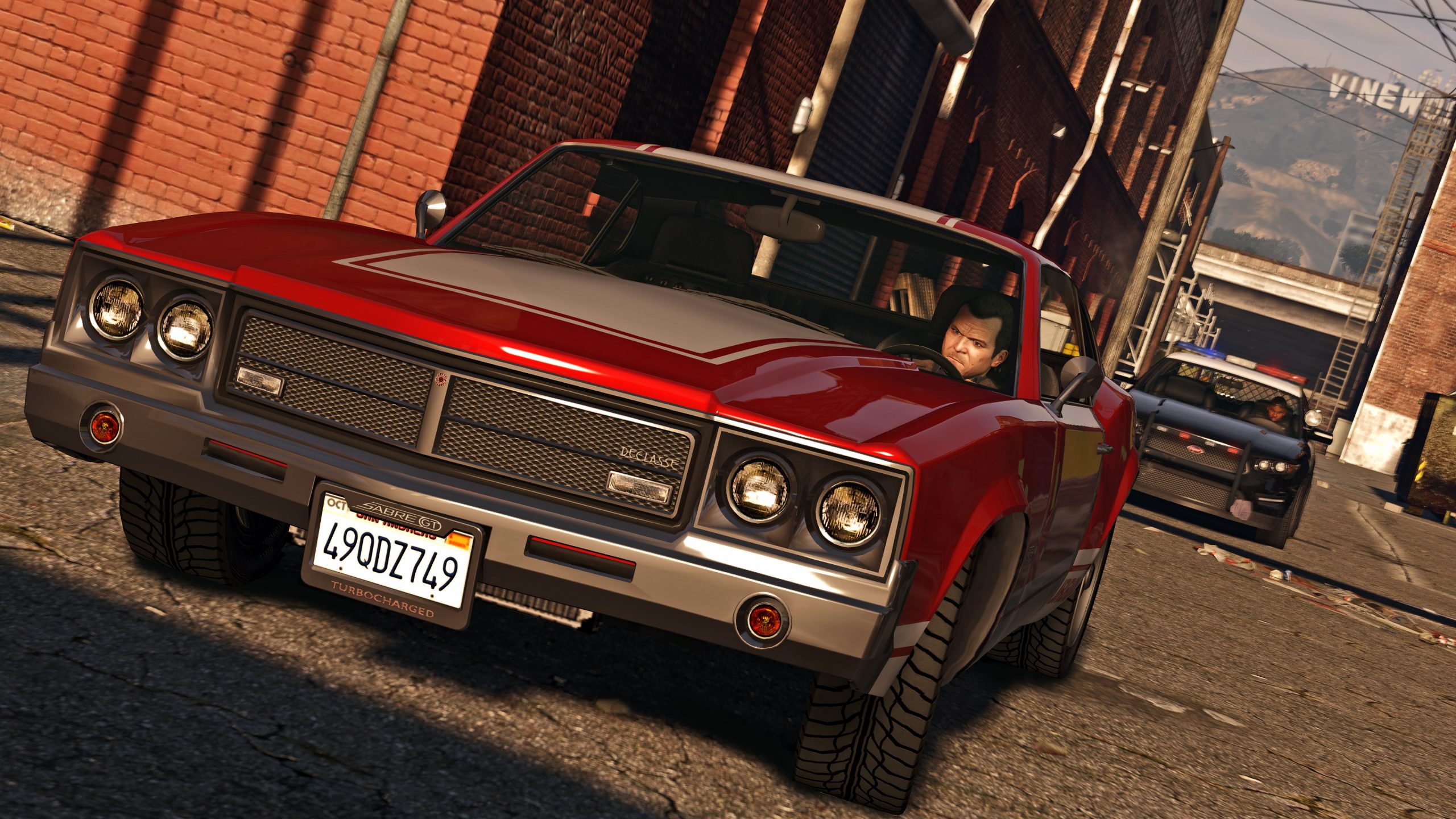 Spread the word: Lost Santos is hiding secrets, and you deserve to discover them. GTA Online has been rocking around for a long old time now, but the allure of an extensive and updating world is constantly drawing in new faces. Even for those of us who’ve been cruising across San Andreas for a long time, the streets of Los Santos still hold more than a few easy-to-miss secrets. Whether you’re new to GTA Online or have been hopping in and out for years, hopefully you’ll discover something new on our list of five cool things that you didn’t know about GTA Online.

5 cool things that you didn’t know about GTA Online

You can ride the tram, subway and train 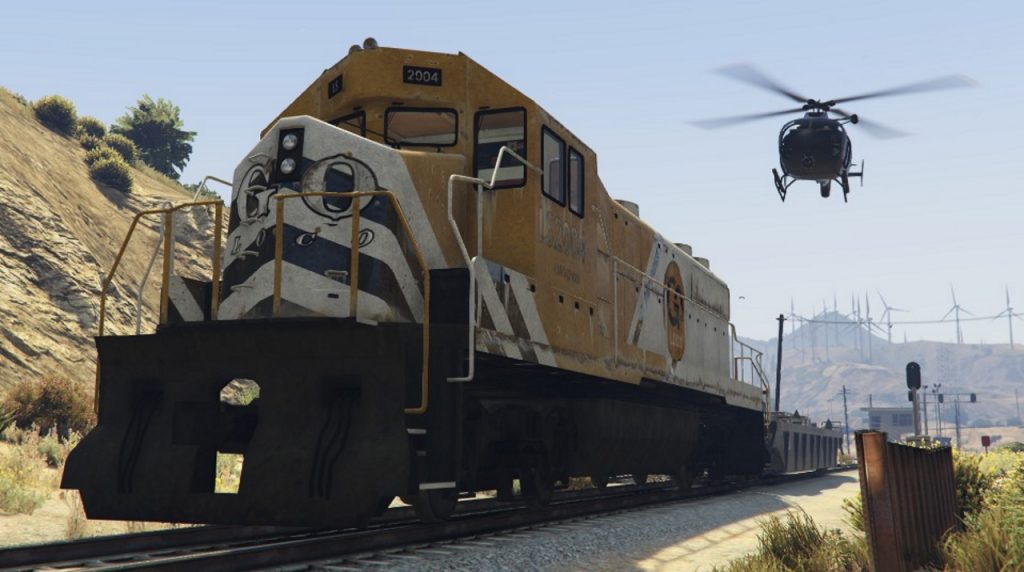 Okay, this one might seem obvious to most of us, but for new GTA players, it’s easily overlooked. There are so many fancy cars, planes and boats to save up for in GTA Online that sometimes it’s easy to miss the transport options that are right in front of your face. All those cars and planes must be ruining the environment, so why not catch a ride on one of San Andreas’ trains or trams instead for a relaxing trip around town?

The tram and subway make for surprisingly speedy options if you can’t be bothered to drive, and if you need to hop away from the controller or keyboard for a moment — sometimes you need a toilet or tea-brewing break, alright? — then calling a taxi is one of the calmest ways to make it across the city while you’re away. Heck, you can even hop on the freight train which rolls around the map. It’s as simple as walking up and climbing on as it passes.

You can watch Mercenary hunts from your TV 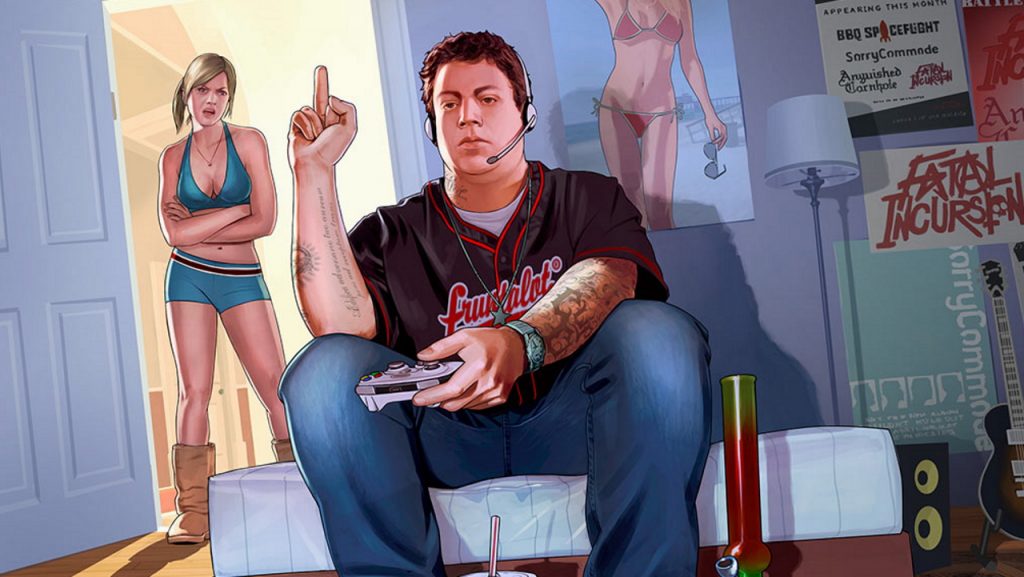 Has a pesky player with a sniper rifle set up a camping spot on a mountain? GTA Online gives you the option to save the risk to yourself by hiring mercenaries to do your dirty work. While it’s nice to get an update saying the mission is complete, it’s a lot more fun to watch your minions go to work. To do so, all you need to do is stop at your apartment and sit down to watch TV. Swap through the channels and you’ll be able to view the mercs as they track down the other player and dish out some revenge for you. Be sure to cackle with glee like a maniacal villain when they successfully pull off the hit.

There are entire in-game movies to watch

GTA Online is a very cinematic game already, but if you want to bring inception levels of cinematics, why not take a trip to the movies with your friends in GTA Online? It’s another feature that newcomers to the game might have missed, and even seasoned GTA players may have never say through beyond missions. Head inside any of the cinemas around the map and you can enter the theater itself to watch ones of Rockstar’s in-game movies. Be warned, they’re a little bit odd.

You can turn into an animal

‘But I’m already a beast!’ Yes, yes, we get it, you’re very good at GTA Online, but did you know you can quite literally turn into an animal? If you’ve played through GTA 5’s singleplayer, you might have come across the peyote plants which cause you to hallucinate that you’ve become an animal. Well those same plants are still available in GTA Online, only things are looking a lot less imaginary when you take them here.

Find a peyote plant (they look like small cacti with flowers on top) while running around online and you’ll be able to transform yourself into an animal. What animal will you get? That’s up to the plant and the GTA gods. One plant might see you become a majestic stag, the next, you’ll turn into a yapping poodle. Despite these supposedly being hallucinogenic, other players will also see you in your animal form, presumably while you run around going beast mode on the unfortunate local NPCs.

You’ll know when you approach a peyote plant because your controller will vibrate and you’ll begin the hear the sounds of the animal it’ll transform you into. You can keep going until your animal is killed, or press right on the d-pad to end your rampage.

There are so many outrageously expensive items in GTA Online that players can grind towards, but some rewards aren’t just about money. There’s a secret UFO tattoo hidden in GTA 5 and earning it will take you a long, long time. To get it, you first need to complete at least 600 Supply Runs. Do that, and when you start a supply run between 9pm and 11pm, you can take part in a special supply run that sees you collect an Alien Egg from a UFO.

Once that’s done, you need to stay up until 1am-4am and hope for rainy, stormy or snowy weather. If the conditions are right, you can head to your bar or a friend’s. Drink the Macbeth’s Whisky Shot to make yourself pass out. Each time you do this, there’s a small chance you’ll be teleported to the top of Mount Chiliad for a very otherworldly encounter. You won’t have any clothes, but you’ll have picked up a new and very strange tattoo to show off. Thanks Aliens! Head to the tattoo shop and pick the ??? tattoo to apply it in future.

So that you have it, five cool things you didn’t know about in GTA Online. Okay, maybe you knew about some of them, but if you’re so well travelled then why not share some of your own unusual events with us in the comments below!