CWL Stage 2 culminated in a wild and exciting weekend of competitive Call of Duty between the world’s best squads as they battled for the crown in the CWL Stage 2 Playoffs.

The Stage 1 rematch kicks off our run this weekend at the #CWLPS4 Stage 2 Playoffs. We’re up against @Luminosity. https://t.co/kwMvOFYYEy pic.twitter.com/FIQBw0p9wW

Splyce kicked off the event with a shaky start as they tackled Luminosity head-on. Despite their best efforts – and an unbelievably close drone throw – Splyce succumbed to the power of Luminosity, going 0-3 and being forced down into the Losers Bracket. 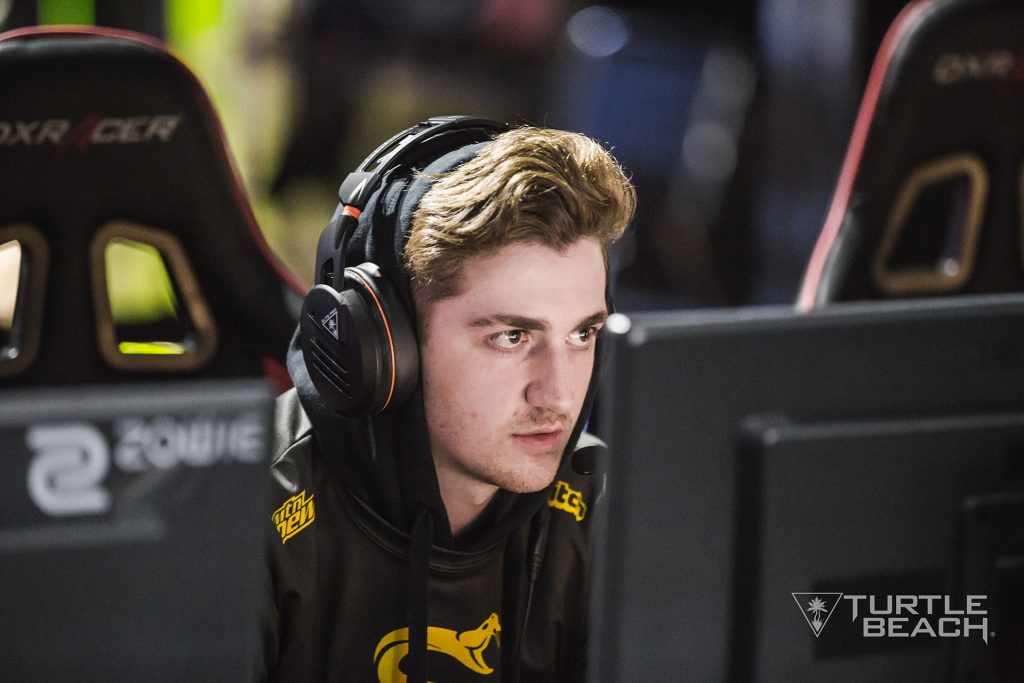 Splyce needed a victory to get back into the competition, and they were hoping to find that as they came up against FaZe Clan, and things were looking good as Splyce won the second match and their first victory of the weekend. This brought the match-up against FaZe Clan to 1-1, but unfortunately Splyce couldn’t find a footing, leaving them in a do-or-die position.

The next match was Breakout Hardpoint, and a victory from FaZe Clan would mean Splyce was knocked out of the competition. Despite an excellent early start, the match was a nail-biter until the very end, with FaZe Clan gaining the victory by a mere 8 points. A tough event for Splyce, but the team took their losses and set their sights on CWL Champs.

Over with OpTic Gaming, their weekend started in a rough spot after losing out to eUnited and being plunged into the Losers Bracket. However, with a fire lit beneath them, OpTic fought back the only way they know how and ended up positioned in the final of the Losers Bracket against the very team that put them there – eUnited.

What followed was an incredible back and forth where the future wasn’t certain. The first match went to eUnited on Throwback Hardpoint, and it was looking like a repeat of history for OpTic Gaming.

But the next match was OpTic’s for the taking on Crusher Search and Destroy, followed by a resounding victory on Throwback Uplink. From there, OpTic had the lead 2-1 but eUnited fought back on Hardpoint Breakout 250-156. The final game would be the decider.

Search and Destroy on Retaliation followed, with the victory going to OpTic Gaming with a tidy 6-3. Though they were put in the Losers Bracket by eUnited, OpTic managed to push them into the dirt and step back up into the spotlight to star in the finals.

Now that OpTic Gaming were back in with a chance, they had to face Luminosity, who weren’t going to back down from the fight. OpTic Gaming took the series handily over Luminosity in a straight 3-1 crushing.

WE ARE THE #GREENWALL pic.twitter.com/TetBLNaSDB

This positioned the Green Wall in an excellent place to take home the grand finale, but there was one thing standing in their way – Team EnVyUs. EnVyUs had already managed to kick eUnited out of the competition with a resounding 3-0 victory, forcing OpTic to face them in the Losers Bracket. Needless to say, the edges of the seats were getting a real workout as OpTic Gaming faced off against Team EnVyUs for the eClasico matchup.

OpTic jetted off to a strong start, securing the first two matches: 250-236 on Breakout Hardpoint and 6-4 on Search and Destroy Retaliation. But EnVyUs bit back with a Precinct Uplink victory of 8-4. Creating a unique situation, OpTic closed off the game with a victory on Scorch Hardpoint, going 250-238 and forcing the competition into a best-of-five playoff.

With everything on the line, OpTic Gaming fought for a victory on Throwback Hardpoint (250-194) but EnVyUs showed their true colors and brought the event to a tie with their Crusher Search and Destroy victory (6-5). The next match was Frost Uplink that ended at 8-8, forcing a sudden-death where OpTic cinched the win.

With the score at 2-1, OpTic needed to win the next match to secure the victory, and luckily for them, the map was Retaliation, a map they had successfully won just prior, with the game mode being Hardpoint. It was fate as OpTic Gaming secured the win and the trophy with an extremely comfortable 250-153. Congratulations to both Splyce and OpTic on their efforts, now on to CWL Champs!