Get the fire extinguishers ready as we assess the raging fires that are game leaks and rumors before E3.

It’s almost E3 time, which means game developers and publishers are trying desperately to plug holes and ensure no information slips out before the big day. But, as usual, a few leaks have appeared and rumors are starting to spread like wildfire. Before the big day arrives, let’s talk about some of the games that were leaked before E3 and see how realistic it is to expect an official reveal.

We’ve got to get this one out of the way immediately. Rage is a first-person shooter set in a Mad Max-like world where the vast majority of humanity was wiped out, and since its original release in 2011, fans of the title have been left wondering about a sequel. Cut to 2018, and after a slight error on Walmart Canada’s behalf, the existence of Rage 2 was unofficially revealed through a poorly mocked-up cover art (it didn’t even use the same font!). A lot of gamers were excited, but a lot also chalked this up to Walmart just throwing out as many lines as possible and seeing what bites – id Software bit.

The hilarious Tweet called out all the problems with the supposed game case, pointing out the incorrect font, the capitalization, even the lack of box art. A few days later, Rage 2 was announced in all its glory. What started as a leak, ended up being confirmed, and now we’re all excited about revisiting the wasteland. Aside from the joy of having Rage 2 announced, it also means that some of the other leaked titles might actually be legit.

The Nintendo Switch has been around for a year now, and gamers everywhere are asking the same question: where the hell is my Pokémon game? The developer behind the rumored game, GameFreak, has already confirmed the existence of a Pokémon game for Switch, but no one really knows when it will arrive.

What was confirmed, and by none other than Tsunekazu Ishihara, the President and CEO at The Pokémon Company, was that the Switch would be receiving a Pokémon game, and that one was currently in development. Furthermore, this was to be a “core RPG Pokémon title”. That’s not nearly enough information to build solid ideas on, though it’s enough to get every single Pokémon fan in existence screaming with excitement. What’s really got us on edge is that we’re only a short time away from the Nintendo press event at E3 where we could very well witness an official reveal!

Destiny 2’s latest piece of content, Warmind, has only just released, and while players are still scrambling to fight through Escalation Protocols with nine friends, they always want more. The title “Comet” has been in circulation since the days of the original Destiny, so seeing the moniker get used in the lead up to E3 means only one thing: a major Destiny 2 content drop the likes of which we haven’t seen since The Taken King. Unless, of course, this is just a baseless rumor.

The one thing that could give credence to this rumor is that Destiny has stuck to a fairly standard production cycle: base game launches, two smaller DLCs follow, and then a major base-game-sized piece of content is released a year later – and would you look at the time, it’s almost been a year since Destiny 2 first launched. We think this one is pretty likely, especially given that Bungie has made an announcement at every E3 since Destiny’s first reveal. The question is, what will this piece of content be a about? Perhaps we’ll get to see the Awoken Queen or her brother, maybe even Savathun will show up to try and ruin our day.

UPDATE: Destiny 2: Forsaken has been announced! 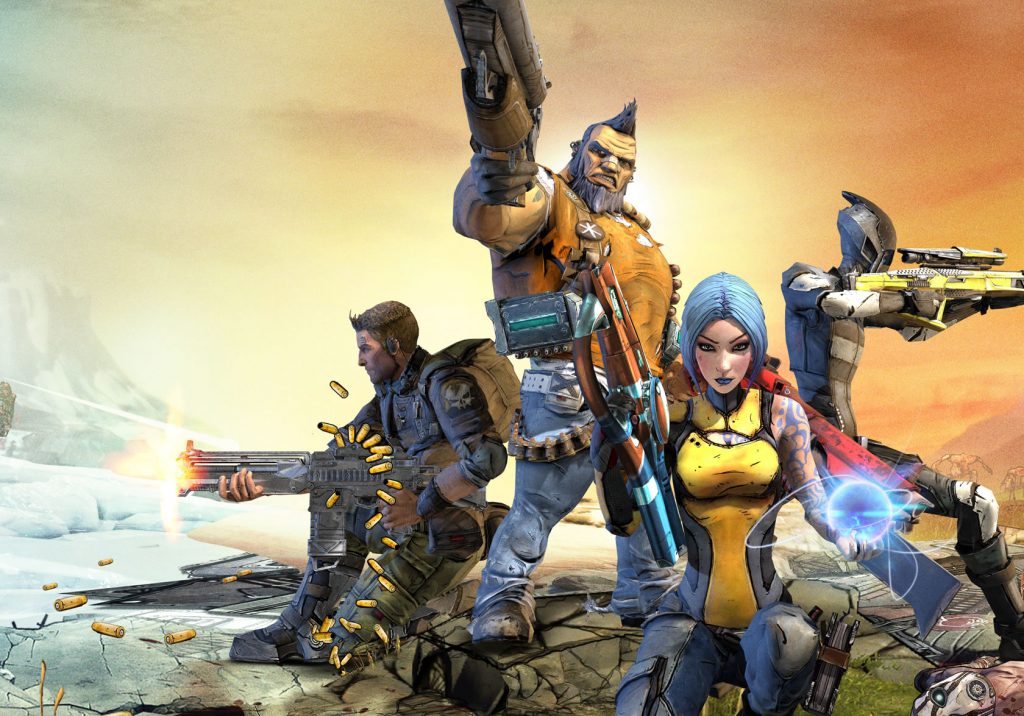 It’s been six long years since gamers got to dive into the world of Pandora and hunt for a mysterious Vault while killing thousands of enemies in bloody battle. From the hilarious storylines and equally-incredible DLCs, to the billions of different guns and 4-player co-op, Borderlands has always been a favorite of ours, and with the rumors circulating that Borderlands 3 will be announced this year at E3, we couldn’t be more excited.

4/ For example, I could write it out now precisely and specifically that “Borderlands 3” will not be at E3 and many of you will choose not to believe it. Many of you will find a way to interpret the intent to suit what you want to believe regardless of what is true.

Unfortunately, Randy Pitchford has burst a few of our bubbles by unequivocally saying that even if he “could write it out now precisely and specifically that Borderlands 3 will not be at E3 and many of you will choose not to believe it.” We choose not to believe it, partially because we want it so desperately to be real. It’s already been confirmed that Borderlands 3 is in development, so it’s not too much of a stretch to imagine this iconic series showing up at E3 this year. Although, after what Pitchford has said, this one is going in the “unlikely” pile.

Bethesda caused quite a stir as they conspicuously launched a Twitch stream revealing a figure of well-known Fallout series mascot, Vault Boy, planted in front of a TV with the words “Please Stand By” on display. The stream ran for many, many hours, broken only by the occasional employee popping in to whisper sweet nothings in Vault Boy’s ears or various other cute shenanigans.

Curious about what @bethesda might have in store today?

The marathon stream finally ended with a teaser trailer for their newest game: Fallout 76. And the internet immediately exploded with rumors and possibilities. Is it a proper sequel to Fallout 4? A standalone expansion? An online survival RPG? Will it take place solely within Vault 76 or will you get to explore the outside world? What year will it take place in?

Concrete details are scarce for now, but we’d bet our best Brahmin Bethesda will spill the beans come E3. 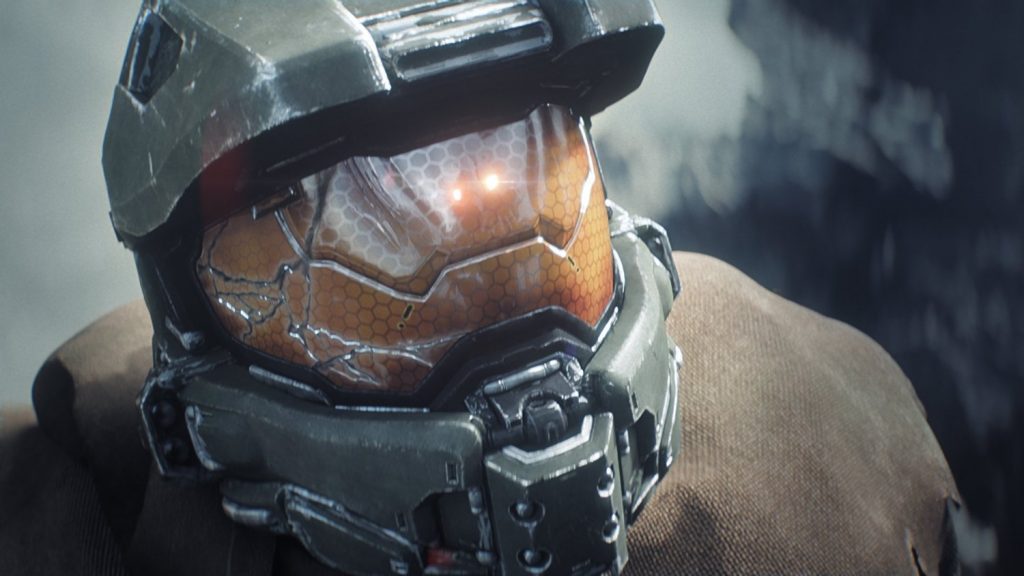 It’s been a few years now since Halo 5: Guardians released, so the time seems ripe for a new entry in the storied franchise. With Microsoft already stating it would be at E3 2018 “in a big way”, fans are getting their hopes up for a big reveal. What that reveal may actually be, however, is still very much up in the air. Theories run the gamut from Halo 6 to a new online-only experience that could set the series off in a brand new direction.  Whatever it turns out to be, we’ll certainly be eagerly awaiting news with the rest of Master Chief’s fans.

Finally, to cap this rumor mill off we have probably the hottest game in the last few years, Fortnite. While Fortnite has been available since July last year, it has been notably absent from the Nintendo Switch. You can see what we’re getting at here. One rumor that has been catching a lot of steam lately is that Fortnite might finally be coming to the Nintendo Switch, and what better place to announce this than at an event where the entire world will be watching?

UPDATE: more leaks seem to support this being more and more likely.

Having Fortnite on the Nintendo Switch could mean even more cross-platform play between many consoles. The Xbox One and Switch already experience MineCraft cross-platform, so it wouldn’t be surprising to see Fortnite join the mixture. Let’s mark this one down as a definite possibility.

The Electronic Entertainment Expo is happening during the second week of June, and although there’s still a bit of time before all the big reveals, there are plenty of rumors and leaks circling. Out of all the hints and rumors out there, what are you hoping turns out to be true and is revealed at E3? 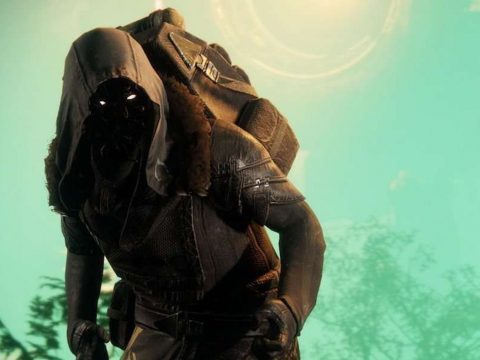 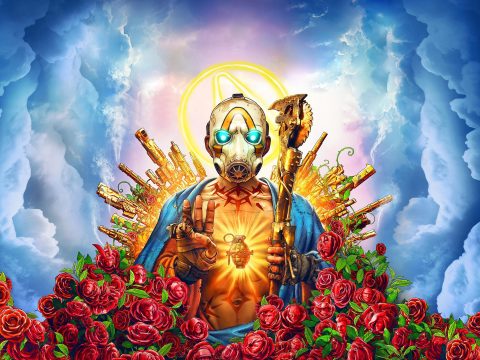