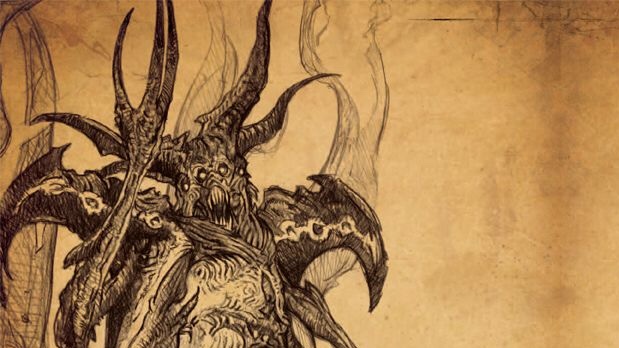 Belial, the Lord of Lies, is one of the Lesser Evils of the Burning Hells and appears as the first boss in Act 4 of Diablo 3.

According to Deckard Cain, Belial is the most elusive of the seven Evils and is a master of deceit. “It is said that he manipulated Azmodan into revolt against the Prime Evils. This began the Burning Hells’ civil war, which ended with the Dark Exile of the Prime Evils to our mortal realm.”

On this page, we’re going to be taking a look at how to find Belial’s location, the boss abilities you need to watch out for and the drops you can expect to be rewarded with.

Where is Belial In Diablo 3

The Diablo 3 boss Belial can be found at the end of Act 2, within the Imperial Palace location inside the City of Caldeum.

After acquiring the Black Soulstone your quest will lead you to The City of Caldeum. When you first enter the Caldeum Bazaar you will discover Belial has already begun his attack on the city.

After leading refugees away to the Flooded Causeway sewers you will head inside the Imperial Palace and after venturing further you will eventually meet Belial prompting a cutscene which will inform you that Emperor Hakan II is in fact Belial.

Belial’s location in Diablo 3 Adventure Mode is the same as his campaign location. You’ll find him in the City of Caldeum towards the Imperial Palace. Also remember that bosses are marked on waypoints and you should look for their symbol, which is a red demon head in adventure mode. 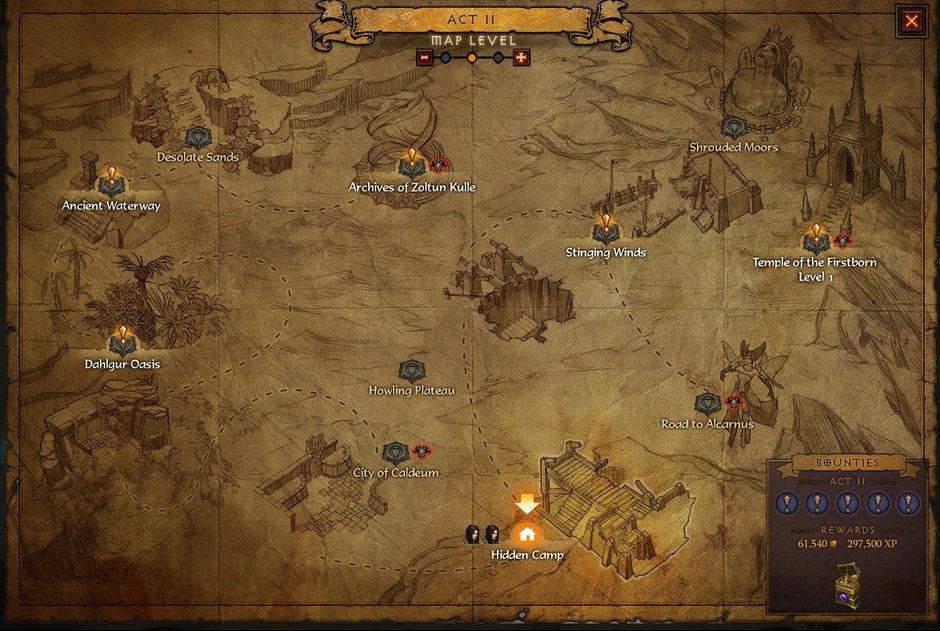 How To Beat Belial In Diablo 3

The fight with Bilial consists of three phases. The first phase players will fight with Belial’s minions. The second and third phase of the boss fight is with Belial, who has two forms, the latter being his true Demon Form.

The first phase of the boss fight with Belial will focus more on his waves of guards. Players can expect to fight a large swathe of Veiled Sentinels and Veiled Evokers.

Both sets of demons don’t do an awful lot of damage, but obviously, there’s quite a number of them so make sure to thin out their ranks as quick as you can.

Once you’ve survived Belial’s several waves of minions you’ll progress to the second phase of the boss fight.

During the second phase of the Belial boss fight, Belial will drop down from his throne room to join the action, albeit with a relatively small health pool.  He’ll once again be joined by a small selection of guards to protect him.

During this phase his main form of attack will be a basic melee move, but he also has ‘Fly Swarms‘, which will see Belial launch three fast-moving swarms of insects along the ground at medium range. As long as you can avoid these, and keep dealing a decent amount of damage you should make short work of the Lord of Lies. 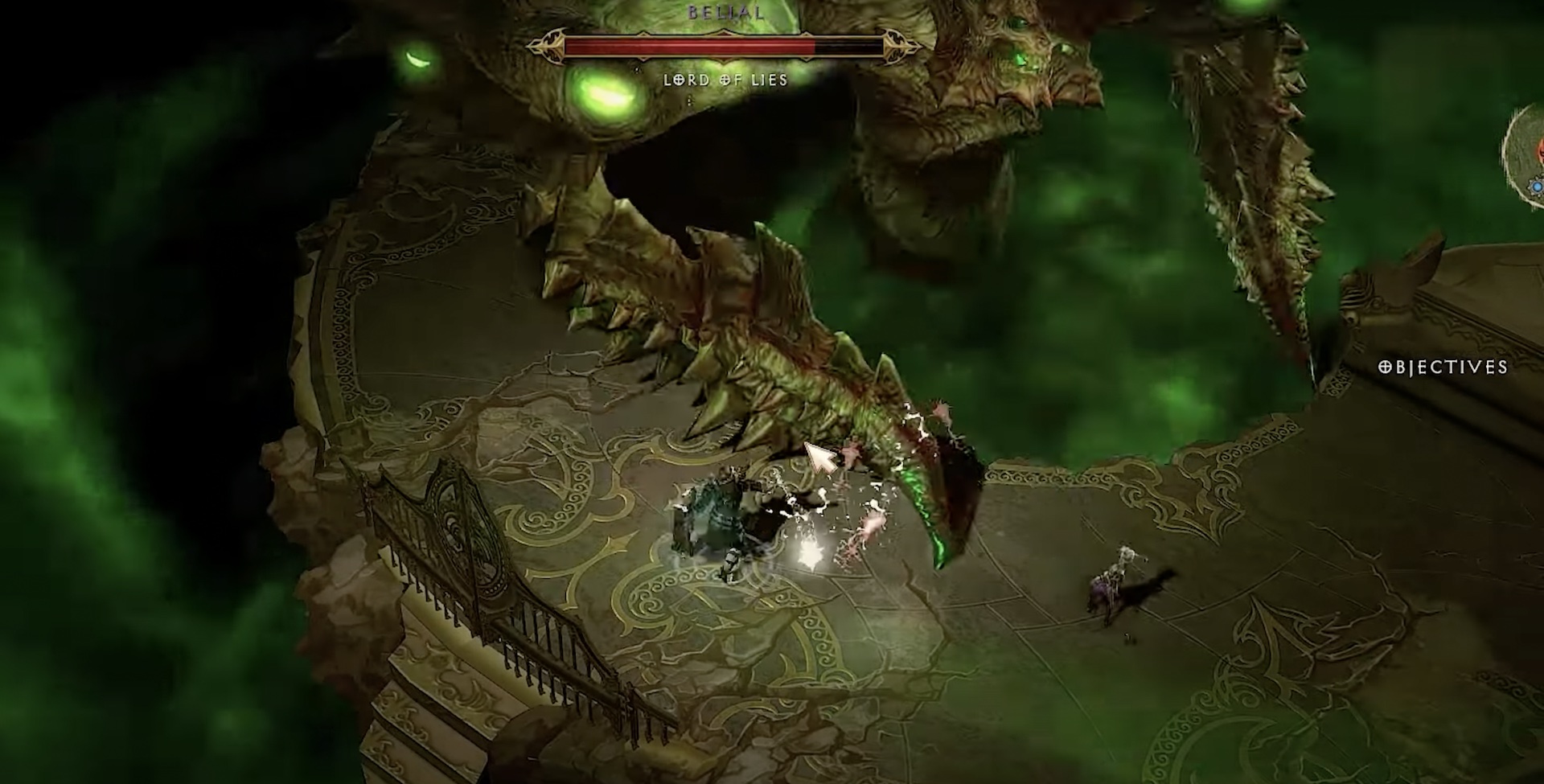 The third and final phase of the Belial boss fight will see the Lord of Lies transform into his true Demon form. A gargantuan being with a significantly bigger health bar with more devastating attacks.

During this phase he’ll have three core abilities:

Belial cannot be impacted by crowd control techniques, so you just need to keep dodging and hitting him as much as possible until he falls.

Do note, he will drop a HP globe for every 10% HP he loses. Hopefully that will help you stay alive long enough to whittle down his health bar entirely. 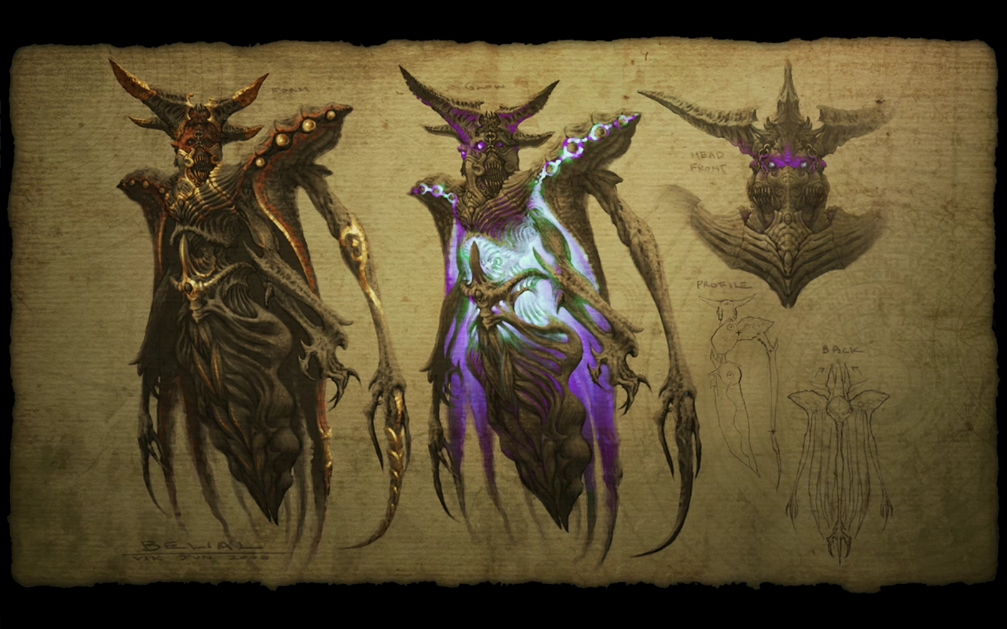 On Torment Difficulty, Belial has a hard enrage timer of 3 minutes, at which point he will continuously use his Meteor Strike, covering the entire platform at once until combat ends.

Belial doesn’t have any specific or noteworthy drops from this fight.

You may still want to farm Belial if there are any special items dropping in a given season. For instance, Belial was a decent boss to farm for the Lies Soul Shards in Season 25.

That’s everything you need to know about the Belial Boss Fight in Diablo 3. If you’re looking for more Diablo 3 Tier Lists, Builds and tips then you’ll find plenty more guides on the links below: