The development studio of Remedy Entertainment is no stranger to creating fan-favorite video games with their portfolio consisting of Alan Wake, Quantum Break, the Max Payne franchise, and many more exciting games.

Remedy Entertainment is now back once again to captivate gamers across the world with its newest title of Control. Providing a third-person supernatural action thriller experience for everyone who dives into its world, Control is one title that is sure to hold and never let go the attention of any player who begins the wild adventure it has to offer.

The story of Control focuses on the protagonist of Jesse Faden, who travels to the Federal Bureau of Control (FBC) located in New York. The FBC is a government agency tasked with the job of controlling objects and other supernatural phenomena that defy science. Jesse Faden travels to the headquarters of the FBC housed in the Oldest House Skyscraper to find her brother. Faden’s brother was kidnapped by the FBC when a supernatural incident occurred in their hometown when they were both children.

However, Jesse’s mission to find her brother takes a turn for the worse when a supernatural force known as the Hiss invades the FBC Oldest House and begins to possess the FBC agents. Following the demise of the FBC’s director, Zachariah Trench, Jesse Faden is chosen to become the new director of the FBC after being selected to wield the Service Weapon. This Service Weapon is a powerful supernatural object that determines the leadership of the FBC.

With the Service Weapon and a whole host of other supernatural abilities at her disposal, Jesse Faden embarks on the mission of defeating the Hiss and restoring order to the FBC.

Jesse’s Service Weapon and other supernatural abilities open up a wide range of gameplay styles for players to use in their battles against the Hiss. Faden’s Service Weapon can utilize five different forms which all offer unique methods for dispatching enemies. 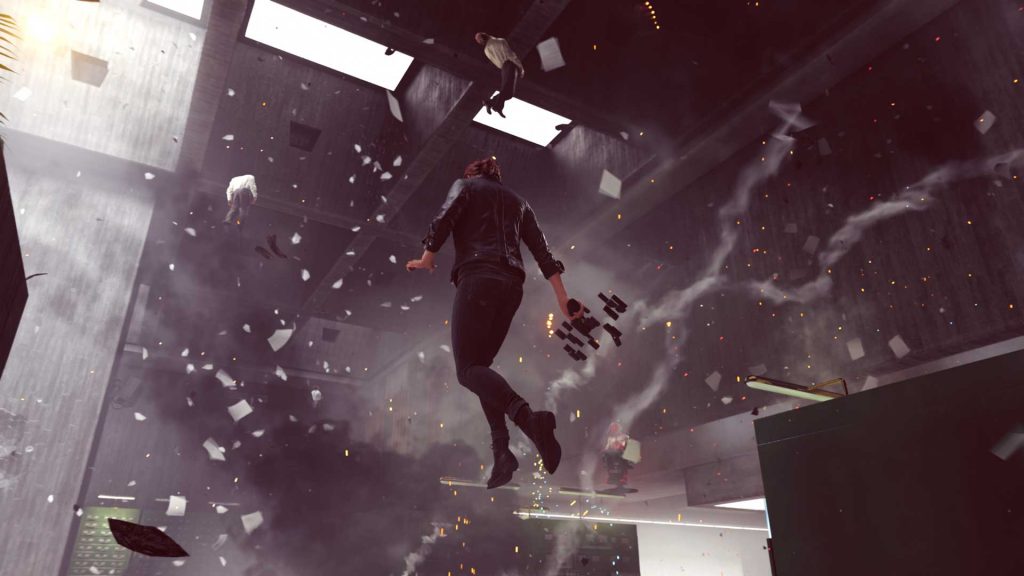 The Service Weapon is not the only tool players will have to help Jesse Faden defeat her enemies in the world of Control. Our protagonist can use a wide variety of supernatural abilities to help her find success in combat. Jesse has a total of six skills that all offer different combat uses.

Learning how to combine the Service Weapon and all of Jesse Faden’s supernatural abilities in different combat situations will be the difference between players finding success or defeat in Control.

Utilizing the Northlight Engine that created the remarkable visuals of Quantum Break, Remedy delivers another visually stunning experience for players in Control that will mesmerize you. You will be hard-pressed to find something in Control that is not appealing to the eyes even if it is a giant supernatural monster trying to kill you.

Those who have been fans of Remedy’s style of action and storytelling in its past projects will no doubt find plenty to enjoy when traversing through the dangerous world of Control. Will you be able to lead Jesse Faden in her mission to defeat the Hiss and restore order to the FBC? You now have the chance to thanks to Remedy delivering a truly unique video game experience.

Control is now available on Xbox One, PlayStation 4, and PC.