Can Blackout Challenge Fortnite And PUBG For The Royale Crown?

Call of Duty: Black Ops 4 will introduce Blackout, the first triple-A battle royale mode – is it enough to topple Fortnite and PUBG?

Ask any gamer what battle royale they like to play and the answer will typically be either Fortnite or PlayerUnknown’s Battlegrounds. These two titans of the genre have been duking it out to try and dominate the playerbase, and now Activision wants a slice of that action. Call of Duty: Black Ops 4 is set to release on October 12 as an entirely multiplayer experience, though that’s not the most surprising part, what’s really grabbing everyone’s attention is it’s battle royale mode: Blackout.

Blackout acts as a monumental occasion for the genre, as it’s the first battle royale mode being included in a full AAA game release. Recently, battle royale games have all been early access affairs, but Blackout looks to be shaking up the scene. However, one question everyone is asking is whether or not Blackout has the potential to challenge Fortnite and PUBG’s massive lead in the last-man-standing arena.

The popularity of Fortnite cannot be understated. What started as a simple story-based fort building game quickly evolved into one of the most influential titles of modern gaming. The multiplayer took what the singleplayer had introduced, building, and infused it with an addictive battle royale experience. Players figured out that in order to win in Fortnite: Battle Royale, they would have to do more than simply loot and kill, they would need to learn, practice, and perfect the art of building. Watching players build elaborate constructions in a matter of seconds with such fluid movements is deeply satisfying and a major draw to the entire experience.

As for PUBG, though it lacks the building quirk of Fortnite, it makes up for this with its gameplay that focuses on realism in weaponry and the environment. PUBG plays more like a tactical Tom Clancy shooter than its competition, which is why it attracts an entirely different audience. The wild success of PUBG comes with the continued support and ever-expanding roster of real-world weapons. Plus, there’s nothing quite as amazing as seeing the words “WINNER WINNER CHICKEN DINNER” across your screen. 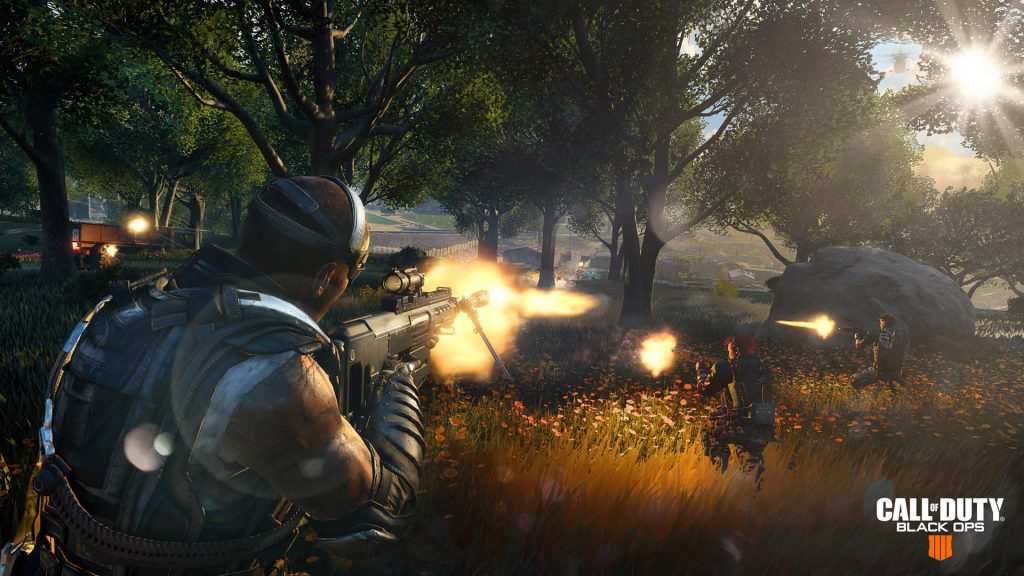 Where Blackout has its advantage is in the fiercely loyal fanbase of Black Ops. Gamers have long held the Black Ops franchise in high regard, and now that it’s returning to an old-school style of Call of Duty, there’s no doubt it will gain back the players who departed during the sci-fi heavy sequels.

Furthermore, the main appeal of Call of Duty has always been its multiplayer, and Black Ops 4 appears to be doubling-down on this. Activision announced that Black Ops 4 would not be launching with a singleplayer, which means all resources are being focused entirely on honing the multiplayer experience. Instead of Blackout launching as a half-baked early access mode slapped onto the main game, it has the full focus and support of the team at Treyarch to release as one of the most well-balanced and bug-free battle royales on the market.

However, one advantage PUBG has over Call of Duty is that it’s the only product PUBG Corps. are making and supporting. This means players won’t feel pressured into making another purchase in a year or two, as PUBG doesn’t have “sequels”. Similarly, Fortnite has an advantage over every other entry in the battle royale genre because it’s entirely free. There is no entry cost for the player, which makes it immediately approachable for all ages and demographics.

The main argument for or against any battle royale game is enjoyment. Players enjoy different things, so there’s no way to say one is objectively better than the other. Despite this, from what we’ve seen and experienced of the Blackout beta, Treyarch and Activision are absolutely going to deliver an impeccable experience that is set to rival the two current battle royale titans. We can’t wait to get our hands on Call of Duty: Black Ops 4 and its Blackout mode when it launches on October 12. The Beta has only wetted our appetite!