The next year of Call of Duty: WW2 tournaments have been revealed. 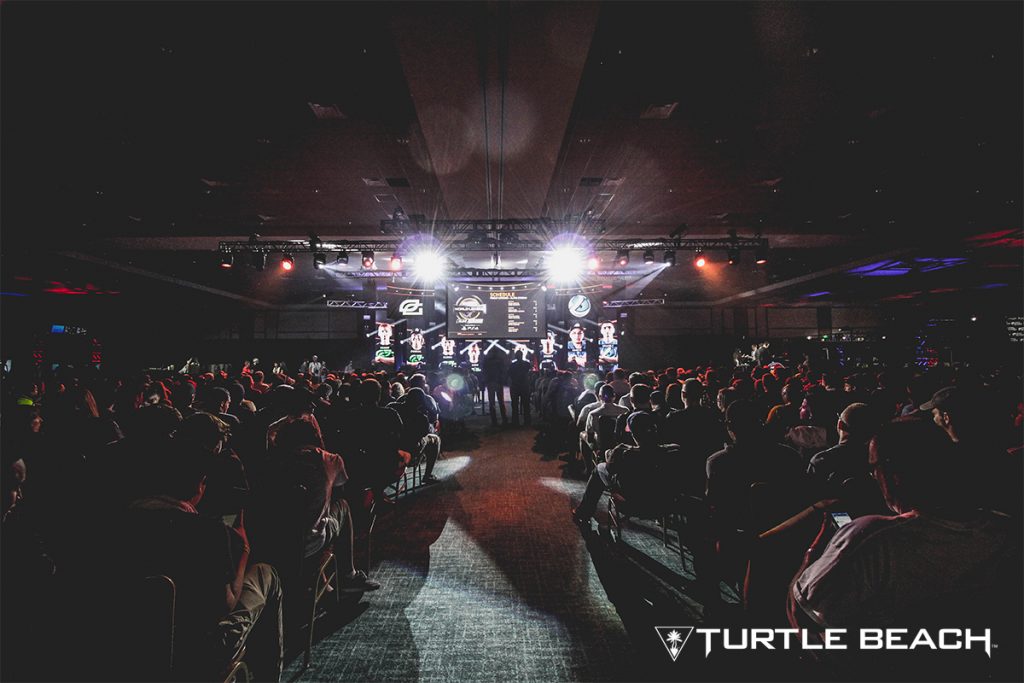 Good news everyone! The Call of Duty World League 2018 has been announced and it’s coming sooner than you might think – this year! When Call of Duty: WWII releases on November 3rd, MLG GameBattles will open up and grant players the ability to begin earning CWL Pro Points that will go directly towards a spot at Stage 1 of the CWL Pro League.

The previous CWL Pro League wrapped up with OpTic Gaming securing their first ever victory after a tumultuous fight to the finish line. With the 2018 CWL just around the corner, OpTic, Splyce, and more will be ramping up and diving into CoD:WWII, and to do this, they’ll be playing through several online events in order to earn enough points.

There’s more good news – these events are open to everyone, so get a team together and see how you fair. Earn enough points and you might just get a shot at joining the 2018 Call of Duty World League and fight for a share of the prize pool – and there is a hell of a lot to win. Over the following ten months, $4,200,000 will be on the line at various events around the globe. That’s right, 4.2 million dollars.

As we said, the first event where you can start earning CWL Pro Points is MLG GameBattles. On the launch of Call of Duty: WWII, MLG GameBattles will be opening up region-specific ladders, allowing players to challenge other teams in an attempt to earn points. For every victory, 5 CWL Pro Points are awarded, with 10 points awarded for the first win of the day. Teams are able to earn 35 points per day. It’s free to use this system, so get in while you can, as it closes at the end of the season.

The next event is the MLG GameBattles 2K Tournaments. Depending how well your team performed in the 2017 season will affect the seeding, and if you had no points, the seeding will be random. The 2K tournaments are a bit more intense, as they are a single-elimination tournament. In this event, a team can earn a maximum of 2,000 points, which will help some contenders make up ground. The tournaments are dated for November 12th, 19th, 26th, and December 3rd.

The Open Events are where competitors can begin earning cold hard cash along with a pile of CWL Pro Points. The first of the numerous events will be held at the Kay Bailey Hutchinson Convention Center in Dallas, Texas from December 8th to 10th. The competition will be made up of leading teams from around the world, along with teams who earned the most CWL Pro Points during the previous events.

Following the Dallas Open, CWL New Orleans Open will take place from January 12th to 14th, and offer teams another chance at defending their title, earning more cash, and check out the competition that will be appearing at CWL Atlanta Open from March 9th to 11th.

There will be a total of six Open Events, each with a prize pool of $200,000, meaning a total prize pool of $1.2 million on offer. The final three events will be revealed at the Dallas Open, so stay tuned for more details!

The penultimate tournament. You know it as the event where sixteen of the best teams from around the world duke it out in a LAN tournament for Pro Points and huge amounts of cash. Stage 1 begins on January 23rd, 2018, and will have $200,000 to be split among the contestants, along with $500,000 for the top eight teams. Stage 2 begins on May 22nd, 2018 and end on July 27th, 2018. This is where the teams will compete for an additional share of $700,000 as well as a slot in the 2018 Call of Duty World League Championship.

This is it. This is the big one. The final details are still under wraps, but what we do know is that the teams playing will be competing for a share of $1.5 million dollars. There’s a lot to do between now and the final event, with teams needing to get back to training and figuring out the strongest tactics for Call of Duty: WWII. One thing’s for certain though, we cannot wait to see how our favorites perform!