Call of Duty is a haven for video game guns. From shotguns to assault rifles, snipers to SMGs, there is a lot of variety to the triggers and iron sights in the popular shooter franchise. With Call of Duty: Vanguard filling its arsenal with World War 2 weaponry, several favorites are expected to appear once more.

Vanguard is keeping things fresh, however, with the return of the Gunsmith system, which promises the most varied customization Call of Duty has ever seen. With a range of attachments, perks, and even bullet caliber to choose from, these are some of the base weapons we’re most excited for in Call of Duty: Vanguard.

The MP-40 will be a familiar friend for any fans of the early Call of Duty titles.

The MP-40 is a solid and compact submachine gun that has been missing from the franchise since 2018’s Black Ops 4. However, Vanguard will see its triumphant return and we can’t wait to get our hands on it once more.

The MP-40 was included in the Vanguard Alpha back in August and immediately became one of the most-used weapons. With a predictable recoil pattern and the fastest time to kill (TTK), the MP-40 is a reliable weapon that is great in both short and mid-range skirmishes. It will be exciting to see which builds players create, as Vanguard will allow for varying scopes, magazines, stocks, and barrels, much like in Modern Warfare.

The BAR will be an assault rifle rather than an LMG in Vanguard.

The BAR could easily stand right alongside the MP-40 as one of the most popular weapons. With a slower rate of fire but a higher dose of damage, this is a brilliant mid-to-long-range weapon. It seems very likely that the BAR will suit players in not just Vanguard but Warzone, too, when it arrives later this year. The BAR is comparable to the Oden from Modern Warfare. However, with its signature under-barrel grip, we reckon this will be the more popular pick of the two.

Vanguard’s multiplayer reveal also offered our first glimpse at the new Pacific map for Warzone. It shares similar open spaces to Verdansk and a great range of verticality. This means a weapon that does decent damage at a long range will almost definitely be a go-to choice. Chuck a decent scope on the BAR and you’ll likely be destroying your foes from afar. It will be interesting to see how it measures up to Modern Warfare and Cold War weapons like the EM2 or the aforementioned Oden.

With Gunsmith, the ultimate all-rounder becomes adaptable to any playstyle.

The STG-44 might not have the quick TTK of the MP-40, but this all-rounder assault rifle benefits from beefier damage, a solid rate of fire, and controllable recoil. In many ways, it’s similar to the M4 from Modern Warfare, and it will likely be the first choice for many starting out in Vanguard.

Just because the STG-44 is a great starting choice doesn’t mean it won’t continue to remain in your premium arsenal as you level up. As showcased in the Vanguard Alpha, the STG-44 can become even deadlier as you upgrade it. You can increase the magazine size and even throw on some incendiary rounds. With players being able to affix up to 10 attachments, this all-rounder can narrow down to your playstyle and we reckon we’ll be seeing a lot of it when Vanguard launches.

The Thompson has always been a favorite in WW2 Call of Duty titles – expect to see it everywhere.

The M1928, or Thompson, will likely be for Vanguard what the MP5 was for Modern Warfare. In layman’s terms, this gun is going to be everywhere. With a fast rate of fire and a TTK bested only by the MP-40, the M1928 is a machine made for an extended mag and a solid stock to temper its recoil. Hopefully, the new environmental destruction in Vanguard will make this the perfect gun to quickly blast a few peeking holes into a wall or carve an entirely new pathway.

In Vanguard, players will be able to customize ammo types within the game. As a result, the M1928 may even be able to go toe-to-toe with some of the assault rifles. And that’s all before commenting on its signature design and stick or drum mag. Vanguard promises to launch with 16 tight-knit maps and four close-quarters Champion Hill arenas. That means the M1928 is practically tailor-made for the title and is a weapon you’ll definitely want in your loadout. 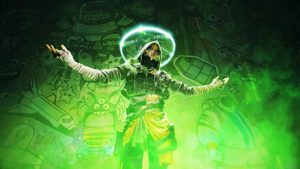 Read More: Everything We Know About Tom Clancy’s XDefiant 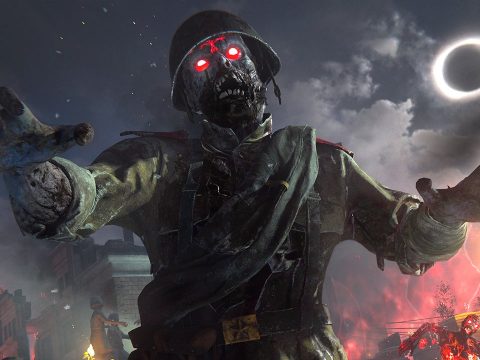 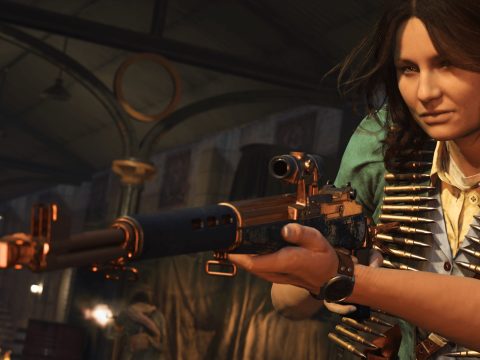