Bigger, louder, and deadlier than ever before. 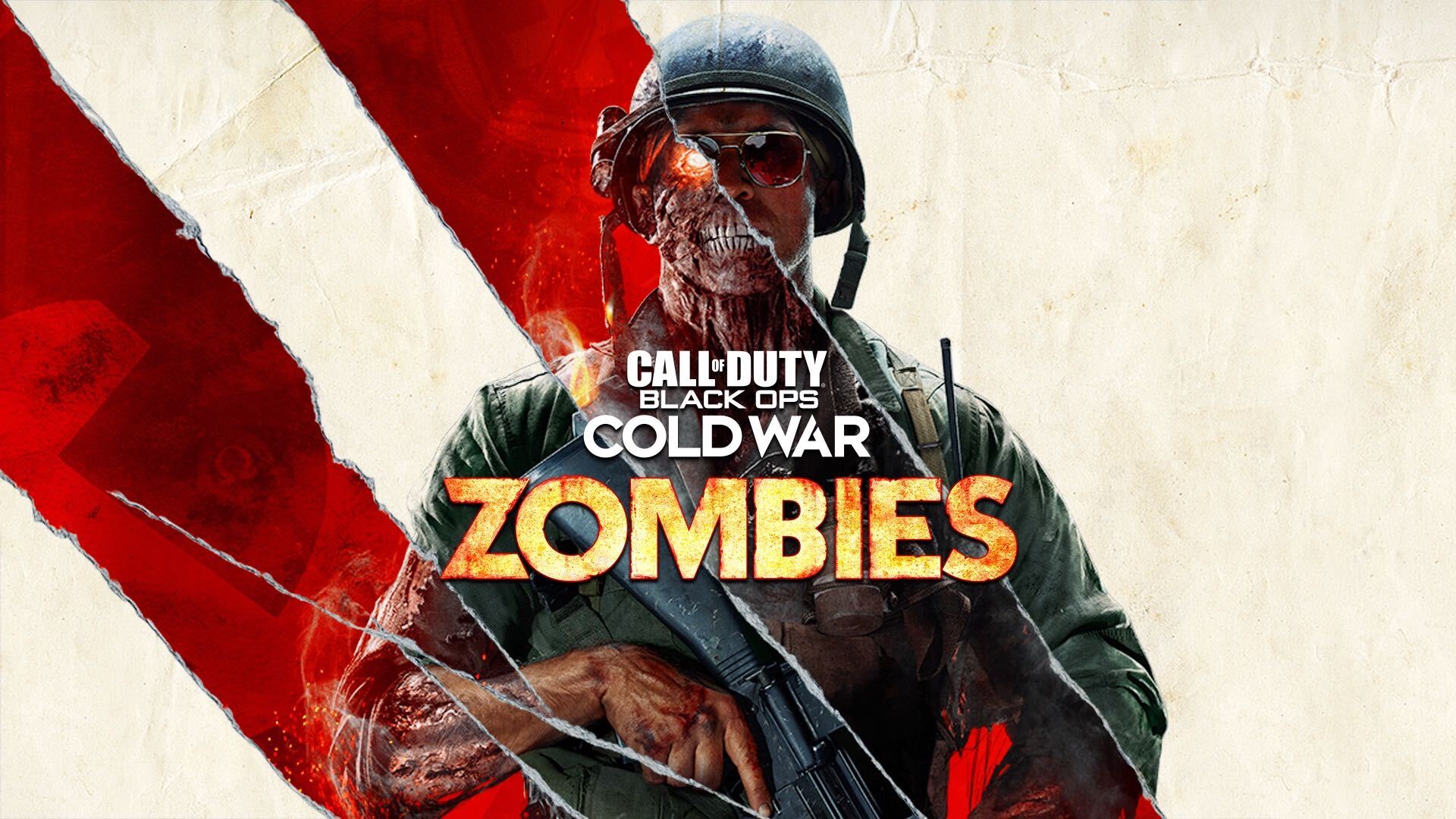 The Call of Duty franchise is known for stellar campaigns and addictive competitive multiplayer, but there’s another mode that fans hold near and dear to their hearts.  Back in 2008, Call of Duty: World at War gave birth to Zombie mode, which let 1-4 players take on a never-ending fight against the undead.  Players who could stave off wave after wave of zombies were treated to better weapons and more perks as the rounds rolled on.  The goal was to mow down zombies until every last member of your team met their demise, and then you’d start the fun all over again.

This one-off Zombie mode proved to be exceedingly popular, which led to it becoming a staple for the series.  Fans have been eagerly waiting to see what Activision has cooked up for the Zombies mode in Call of Duty: Black Ops Cold War, and now we finally have our answers thanks to a debut trailer.  It’s already clear that things are going to be bigger, louder, and more deadly than ever before. 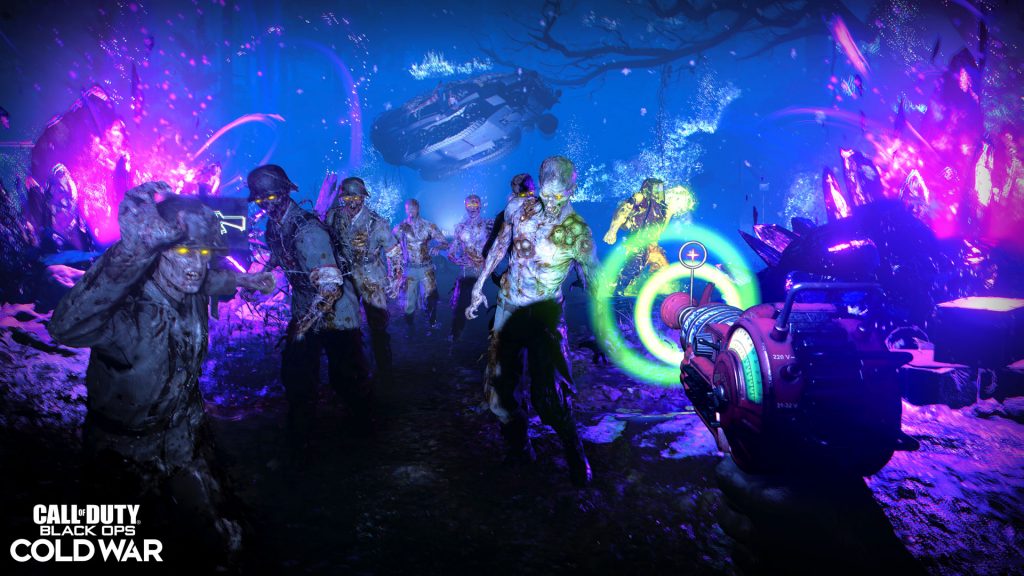 Wielding a Ray Gun against Zombies in a… um, day-glo aquarium?

Call of Duty: World at War kicked off Zombie mode with the “Nacht der Untoten” location, and Black Ops Cold War is honoring those humble beginnings with its “Die Maschine” map.

Players will be dropped into a graffiti-covered World War II bunker decades after it has been decommissioned, all in the name of hunting down military secrets.  This mission puts you in a role of the CIA-backed international response team known as Requiem, which is headed up by Call of Duty: Black Ops’ Grigori Weaver.

While you try to work your way through the bunker to uncover long-lost info, a Soviet-led division known as the Omega Group is ready to cause trouble.  They want to research the supernatural mysteries that are happening at “Die Maschine,” and they’re willing to stop anyone… and anything that gets in their way. 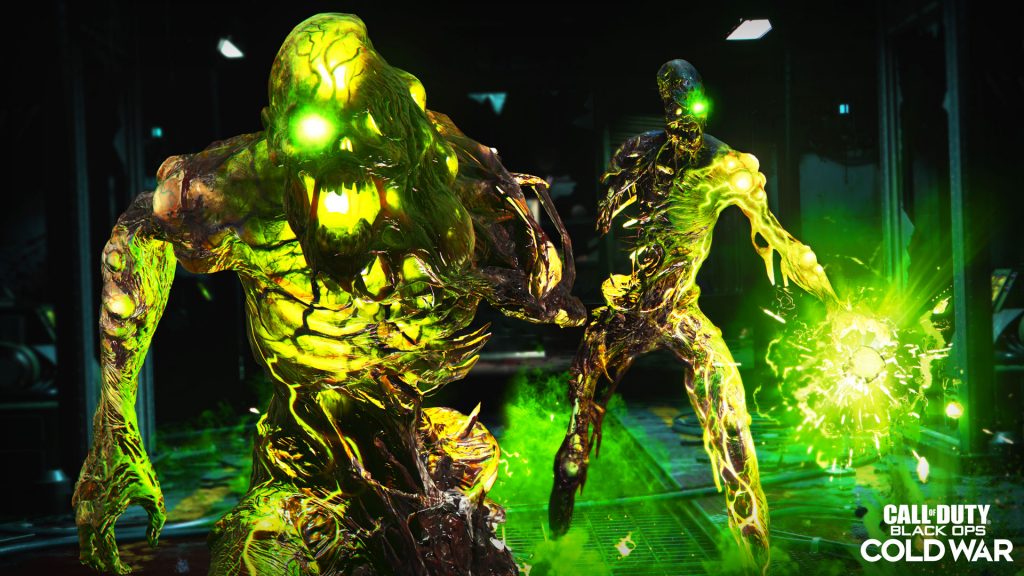 Glowing zombies are back and apparently madder than ever.

While Call of Duty: Black Ops Cold War’s Zombie mode will include a ton of new features, it’ll also retain some fan-favorites from previous installments, albeit with some tweaks.

Perks also make a return, but with one major change.  Previous Call of Duty games would limit the amount of Perks you could use, so you had to choose wisely.  For Black Ops Cold War, the limit has been completely removed.  Now you’re free to guzzle down as many Perks as you want.  Specific Perks are yet to be revealed, but expect options that boost your health, speed, fire rate, and so on. 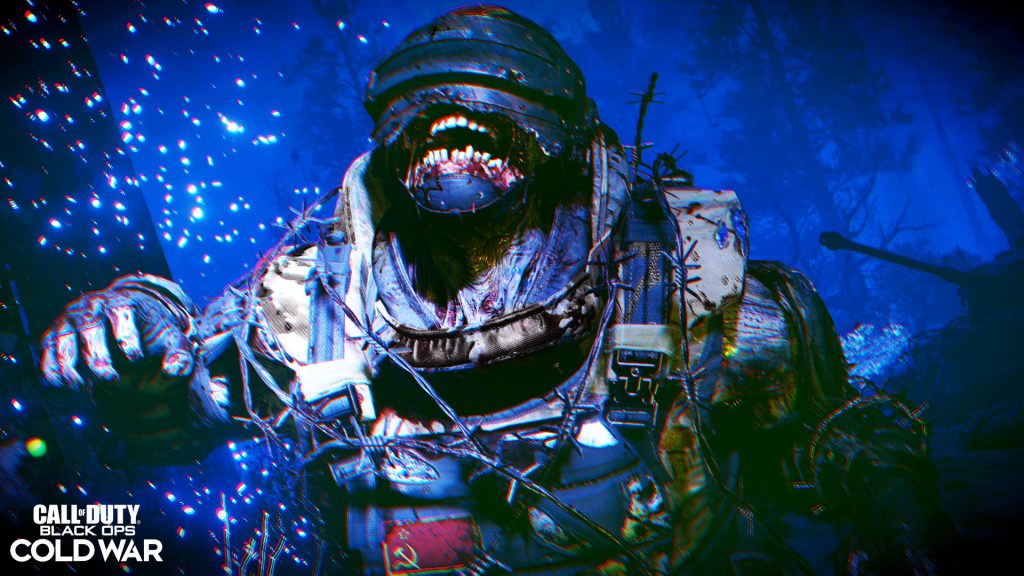 This juggernaut monstrosity will be among the undead horde chasing you and your friends.

The Zombie mode in Black Ops Cold War is going to keep things fresh and exciting in more ways than one.  Having a new map to run around is certainly welcome, but some other additions to gameplay should make for a more varied and unique experience than in the past.

For the first time ever, Zombie mode will now help you progress through the Battle Pass.  This will work in tandem with traditional multiplayer in Call of Duty: Black Ops Cold War, helping you climb through the ranks even faster.  You can even bring your Gunsmith-crafted weapons with you into zombie battle!

Weapons themselves will also get an additional identifier in terms of a rarity rating.  The higher the rating, the better your weapon is.  If you find or upgrade to an extremely rare weapon, you’ll be packing some insane punch, along with a litany of different attachments to choose from.

You can also make your way across the map to craft or collect lethal, tactical, and support equipment.  These take your team’s damage potential to the next level, giving you access to some serious firepower.  You’ll be able to get your hands on weaponry like grenade launchers, explosive bows, chopper gunners, and more.  These options could be the key to getting your squad out an almost certain-death situation.

If you’re having trouble finding rare weapons and more to help take out the opposition, you can shift your focus to various Field Upgrades that will be offered.  These can help turn the tide of battle by providing a number of different buffs.  You can look forward to upgrades that dish out more damage, enhance your evasion abilities, speed up revival times, and others.

If all of the options above fail, extraction is your last resort.  Rather than perish on the battlefield and leave your bodies to the shambling mases, you can make an Exfiltration call.  This will bring in a helicopter to your zone, giving you a slim chance to escape.  When the zombies hear that chopper coming in, they’re going to take their onslaught to a whole different level.  If you can manage to survive the final zombie rush and board the chopper, your squad will be rewarded with some extra goodies for your troubles. 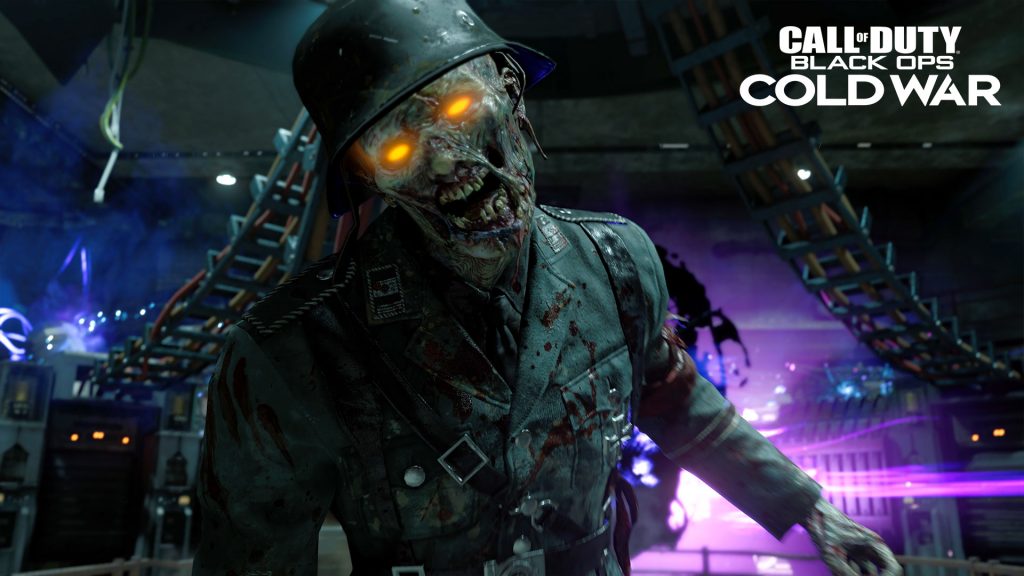 A fresh coat of paint on everything, even the zombies.

Call of Duty: Black Ops Cold War’s Zombie mode is going to be the most challenging yet.  Think you’re up to the task?  You’ll get a chance to show off your skills when the game launches November 13th, 2020.

Read More: The Meteoric Rise of Among Us

How did Among Us go from a little-known game to million-selling success? Why are people so obsessed with it right now? Just what on earth is the game even about? Those details are almost as engaging as Among Us itself.