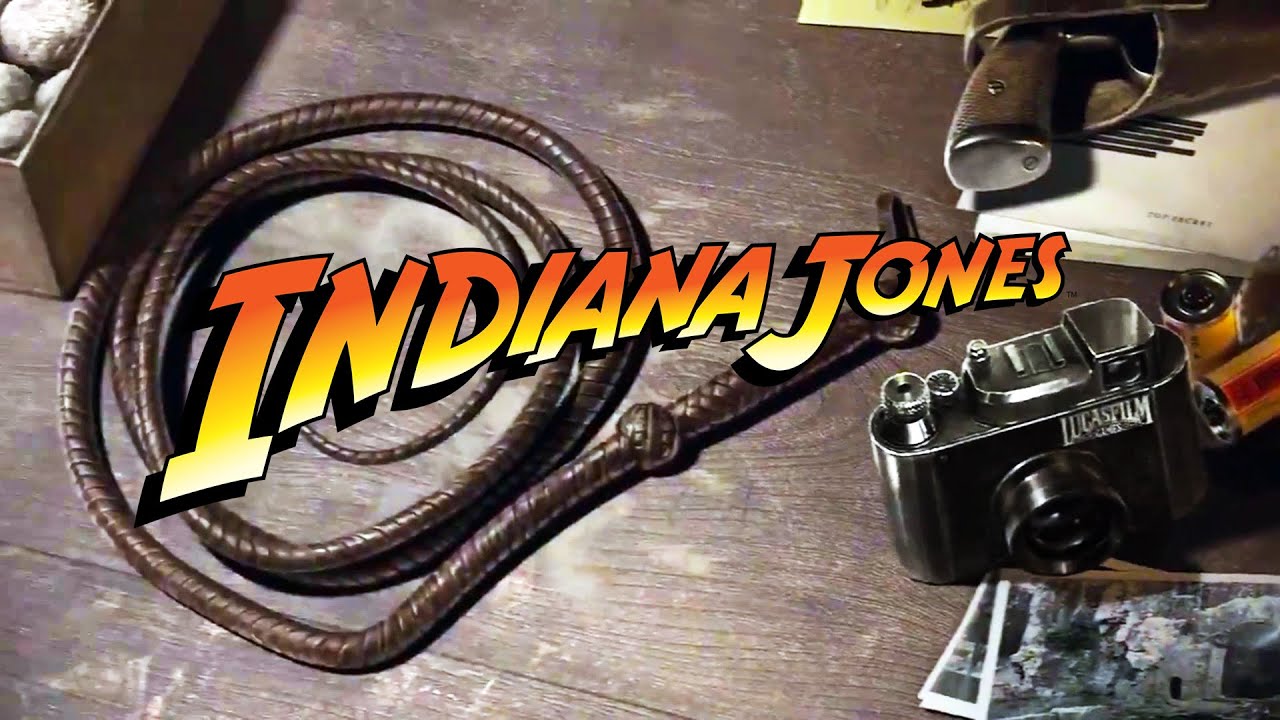 There’s been a handful of Indiana Jones video games down the years, and the one which always sticks in the memory is Lucasfilm’s point and click classic ‘Indiana Jones and the Fate of Atlantis‘. However, we suspect that Bethesda’s upcoming take on the movie hero could be a new gold standard.

This new Indiana Jones outing will feature a “wholly original, standalone tale set at the height of the career of the famed adventurer,” according to Lucasfilm Games, and we can’t wait to see what’s in store. For the time being though, you can read everything there is to know about the game just below.

So we got zero news about Indiana Jones from Microsoft’s Xbox Bethesda Showcase.

We suspect that Gamescom in August will also be focused purely on games coming in the next few months so we doubt we’ll hear anything about Indiana Jones until next year at E3.

Let’s hope that includes a look at the Indiana Jones game!

Speaking during an interview with GameSpot’s Play For All event, Pete Hints explained that the new Indiana Jones game is still in the “very, very, very early stages of development”.

Hines later went on to say, “They’re working on the Indiana Jones games which we just talked about earlier this year. Obviously we literally just announced that deal, so you can make your own guesses about how far along that is.”

When Bethesda first announced the game they told fans this was: “A new Indiana Jones game with an original story is in development from our studio, MachineGames, and will be executive produced by Todd Howard, in collaboration with LucasfilmGames. It’ll be some time before we have more to reveal, but we’re very excited to share today’s news!”

So, they were pretty reluctant to put a definitive time stamp on when we can expect the game. However, given that the team behind the game is MachineGames (more on them later) it’s likely that this has been the developer’s focus for a good few years. We very much doubt we’ll see the game in 2022, but if we’re being optimistic a 2023 release date could be a distinct possibility.

It’s also worth keeping in mind that there is a new Indiana Jones movie in production and slated to release on June 30, 2023. We imagine that all parties involved would sure love it if the game would be available in the same year as the famed Archeologist’s next silver screen outing.

For the time being fans have only been given a brief teaser for the game as part of Bethesda’s original announcement. The trailer in question pans across Indiana’s desk which is strew with lots of iconic items like his famous whip and fedora hat. But there’s also a few more items which provide a few clues as to where the game could be heading.

For one, we see a plane ticket to Rome and the date 1937. This would place the game somewhere between the events of Raiders of the Lost Ark and Indiana Jones and the Last Crusade. Given the date, we imagine this would take place during the rule of Italian fascist leader Benito Mussolini. Quite why Doctor Jones is in Rome is still unclear, but there’s a few notes scribbled down which reference the Vatican and the US government. So perhaps we’re on the hunt for another ancient holy relic?

As noted in a fantastic trailer deep dive by GamesRadar+ writer Alyssa Mercante suggested that the game could have something to do with some prehistoric ruins near Rome. “Italy is home to prehistoric stone walls dotted across called Cyclopean Ruins,” Mercante writes. “[these] birthed stories that the lands were once inhabited by giants. Some of those Cyclopean Ruins can be found just outside Rome in west-central Italy.”

Who is developing the new Indiana Jones Video Game

Given the studio’s fantastic work on the Wolfenstein reboot, we would imagine that the Indiana Jones game will likely be a first-person perspective (although, they could surprise us). We’ve no doubt that MachineGame’s experience of working on several games focused on WW2 and the Nazis will help with the production of this new Indiana Jones game.

That being said, we’re eagerly awaiting to see just how brutal Lucasfilm Games allow MachineGames to be, who never shy away from decimating facists in some of the most brutal ways possible. The rebooted Wolfenstein series didn’t pull its punches, but an Indiana Jones game might need to be a little less gruesome to appeal to that mass market. Time will tell.

In addition, Bethesda Game Studios’ Executive Producer Todd Howard is overseeing this project, so we know it’ll certainly be getting a lot of love and attention from the top brass at Bethesda. SVP of Global Marketing Pete Hines has also suggested in a blog post that “Todd is a lifelong Indy fan, and has been trying for over a decade to make this game.”

In a follow-up interview with The Telegraph in 2021, Howard later elaborated on his involvement with the project. “The work MachineGames have done, they’re just phenomenal developers and storytellers,” Howard said. “When I started talking to them about it, it was a good fit. And we got the opportunity to talk to Lucas and Disney about it, and they were super excited.”

Is the Indiana Jones Video Game an Xbox Exclusive? Will it come to PS5?

When the new Indiana Jones game was first announced it was widely believed that it would be one of a number of new Xbox exclusives, given that by this point the majority of new Bethesda games appeared to be going that way.

However, it’s never been outright confirmed and speaking on the Xbox Two podcast, Windows Central’s Jez Corden suggested that the game could yet arrive on PlayStation consoles (most likely PS5).

While discussing the game, Corden’s co-host Rand al Thor said: “we don’t know if it’s exclusive,” to which Corden quickly replied: “It isn’t.”

Corden went on to say: “The only information I’ve had on Indiana Jones is that it wasn’t exclusive, but that was a long time ago, maybe something has changed.”