Apex Legends Season 13 is the next major release for the game and after the successful launch of Season 12 and the launch of the new Legend Maggie, it’ll be intriguing to see what comes next. Already players are discovering extra bits of datamined code that hints at some of the content yet to come to the game, but we imagine more will come to light the closer we get to launch. So, read on for everything we know so far about Apex Legends Season 13, including the release date as well as all the major leaks and rumours.

When does Apex Legends Season 13 Start?

Arguably the most important question being asked by Apex Legends fans. At the time of writing there is no official release date or start time for Apex Legends Season 13, however, it shouldn’t be too difficult to work out when the next season could start when we take a look at the dates for when they started and ended.

The reason we’re looking at past seasons is that they typically last the same amount of time. You can take a look at the table below to see what we mean.

Based on our calculations, seasons will normally last somewhere between 92 to 99 days, which translates to roughly 13 to 14 weeks. Given new seasons start on a Tuesday, we suspect that Apex Legends Season 13 will start on May 10, 2022. 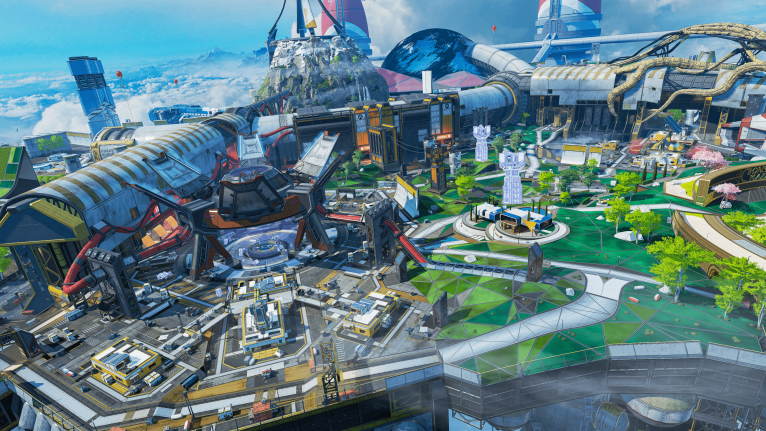 Who is the new Legend?

Again, we’re still a bit early to know who the legend could be, and for the time being there are only a few whispers on who could be added. Not to mention lots of people shouting BLISK because he’s apparently been on the cards for ages. That being said, right now, nobody knows for sure who the next Legend could be, even if we do know Respawn has been working on Season 13 for at least a year.

“Yes when people ask me about the new weapon I’m like… wait… which one of the ones we’ve been playtesting for a year? Oh, right it’s the bow! Wow, that’s old. Character-wise we’re figuring out seasons 13 and 14 at the moment, just to give you an idea. But specifically, the balance changes that people often try to read out of these trailers? We can’t know until we live in the meta. Like ask me what meta changes I want to make next season, and the earliest I could possibly know is two weeks into the season.”

According to Apex Legends Cosmetic Researcher and Content Creator, @kralrindo, there have already been a few mentions in the game files for some potentially new game modes coming to the game. This includes one mode called “FreeDM” and another called “killingspree”, but for now, it’s not entirely clear what either of these modes could entail, but given the popularity of Control (added in Season 12) we imagine Respawn are keen to add even more limited-time modes. 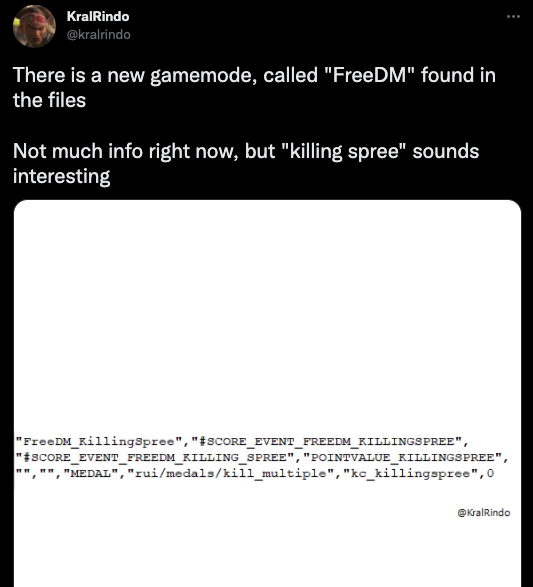 8 April 2022 – Here’s your first teaser for Season 13 and a new banner has appeared on the map that reads “The wait is over. He’s Here!” alongside a new silhouette which sure does look the right shape for that leaked Newcastle legend. 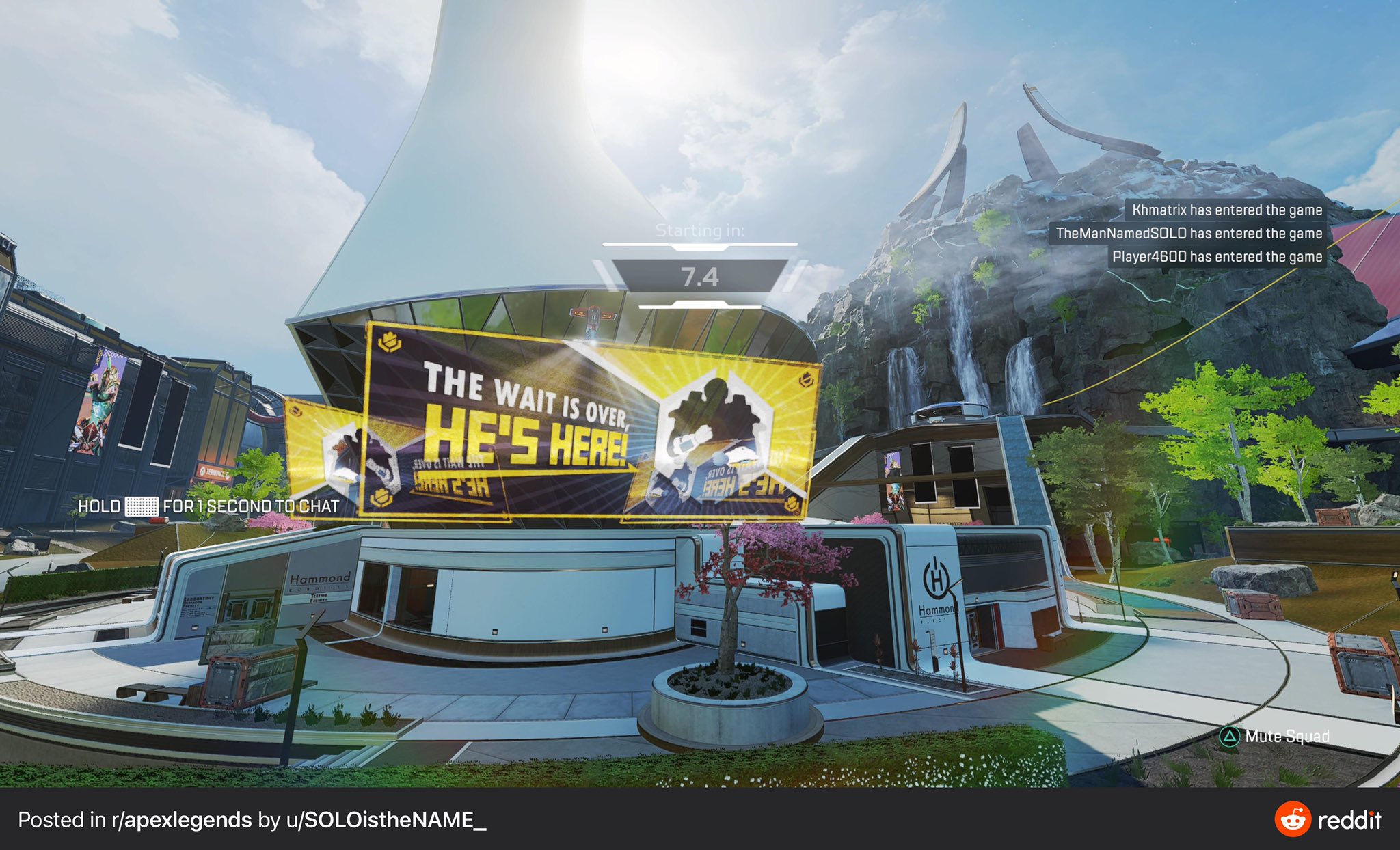 4 April 2022 – A reminder: We should start to see our first Season 13 teaser this Thursday!

23 March 2022 – A frankly major Apex Legends leak has hit the internet overnight, with an unknown Redditor sharing a massive folder of videos and text files on a file hosting site before making its way to the ApexUncovered subreddit. Follow the link above and you can read all about it, but we wouldn’t be surprised if a number of the leaks are related to Season 13, including potential new character Newcastle. 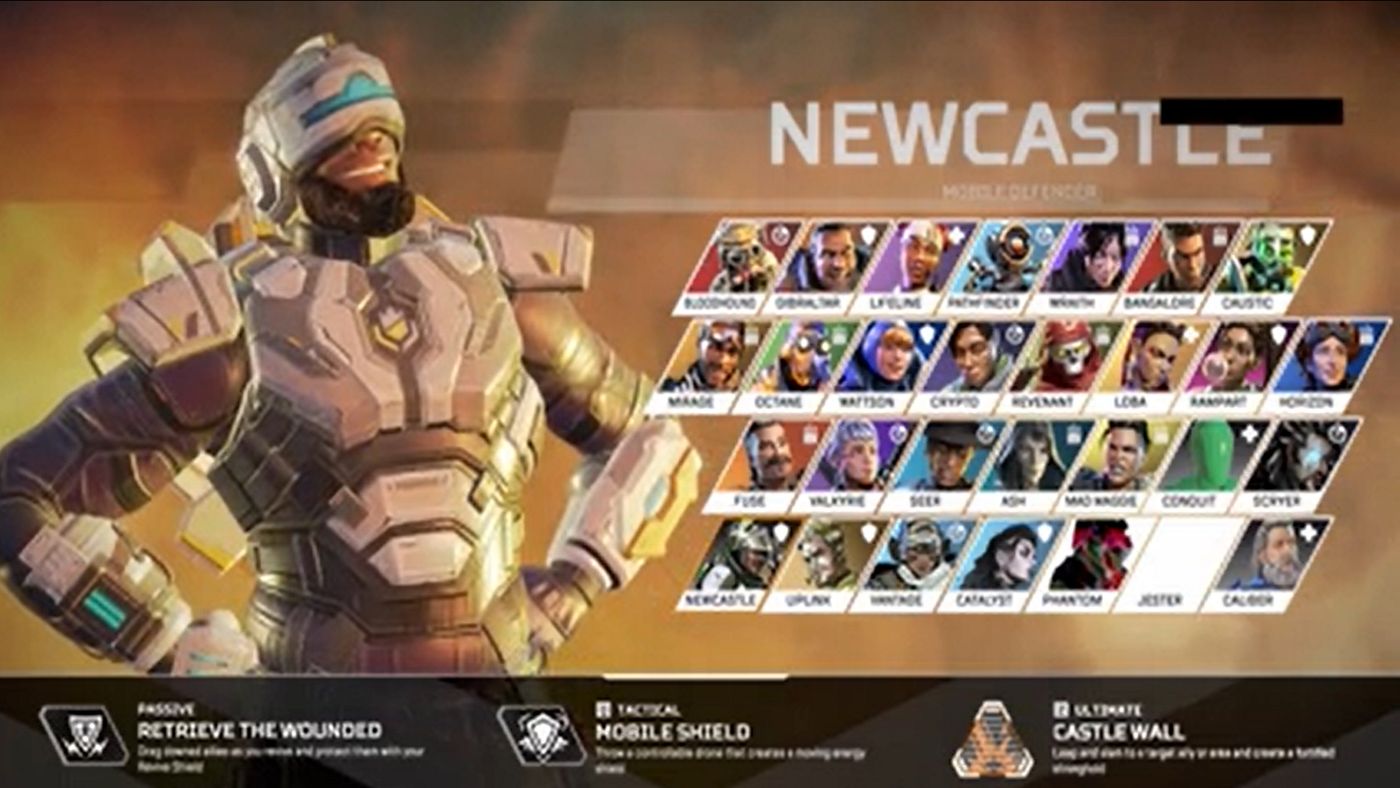 22 March 2022 –  As per Dexerto, it’s possible we could see some improvements to Apex Legends Ranked in Season 13. It’s a little unclear, and entirely conjecture for the time being, but the suggestion is that Respawn producer Josh Medina has teased some possible improvements when he jumped into the comments of fans discussing a SaveApexRanked hashtag. Make of it what you will!

We better get a hashtag come season 13 that says #ThanksRespawnForSavingApexRanked

That’s everything you need to know about Apex Legends Season 13, but be sure to come back to Turtle Beach for all the latest news leading up to launch.