Like a passing thunderstorm, E3 2017 has come and gone with all the major game publishers having shown off some incredible titles. EA, Microsoft, Bethesda, Ubisoft, and Sony all brought their A-game to the table this year and while it’s tough to pick your favorites, below are some of the best trailers from E3 2017.

Anthem is BioWare’s new IP, adding to their pool of top-shelf titles. Amazingly, Anthem remained under wraps for so long, with not so much as a peep about what BioWare would be showing at E3. Starting with a smaller teaser during the EA conference and finishing with a massive 6-minute gameplay trailer during the Microsoft presser, Anthem set itself to steal the show in the first day.

Revealing during the EA conference by Josef Fares, a man with limitless passion for his creation, A Way Out follows the story of two inmates in a prison as they attempt to escape. A Way Out features a unique gameplay experience that is specifically designed for split-screen coop. Each player takes on the role of either Leo or Vincent and must work together to overcome each challenge.

Yar-har! Sea of Thieves continues to impress and the latest gameplay trailer shows that Rare has climbed back into the driver’s seat and taken back control of the comical adventure game genre. This trailer showcases a variety of activities a swashbuckling pirate can participate in when Sea of Thieves launches next year.

Deep Rock Galactic was a surprise indie title that looks to be like a mix between Helldivers and No Man’s Sky. Take on the role of a dwarf and go spelunking for treasure with three of your friends. But be careful, because you don’t know what alien horrors you’ll find deep below the planet’s crust!

Blending two art styles, The Last Night sets itself apart as an extremely unique title and a gem in Microsoft’s crown. Touted as a 2.5D cinematic platform game, The Last Night uses pixel art and fully rendered environments to tell the story of Charlie, who lives during a time where machinery does everything for humanity.

Ubisoft dropped arguably the biggest surprise of E3 2017 with the trailer for Beyond Good & Evil 2. No longer will fans of the 2003 title have to guess as to whether the sequel is in development or has been canned. The Beyond Good & Evil 2 trailer takes us through a futuristic world where all manner of alien lifeforms coexist. From a sprawling metropolis to the deep bowels of a foggy planet, Beyond Good & Evil 2 looks to take us on a wild adventure.

Kratos sure has calmed down a lot since last we saw him, and now with a kid to take care of, a few different emotions are appearing. Sony revealed God of War at least year’s E3, but in their 2017 presser, Sony showed off even more of the old Greek mythology-inspired anti-hero. The trailer showed the combat we love, the huge monsters we fear, and some moving moments with Kratos’ son, Atreus.

It feels like zombie games are a dime a dozen, with the threat of becoming infected being no more than a slight inconvenience. Then there’s Days Gone, which introduces one of the most terrifying takes on the zombie franchise in years. In the trailer released by Sony, we get to see hordes of fast-moving “Freakers” rush to any noise they hear, tearing apart whatever is in their way.

Fans of Horizon Zero Dawn should be thrilled to hear that they’ll be able to climb back into the boots of Aloy once more as she takes on the latest mechanical threat. Sony revealed the first piece of DLC heading to our PlayStation 4 consoles in the form of Horizon Zero Dawn: The Frozen Wilds with the above stunning trailer.

Destiny 2 is probably going to be what everyone is playing for the next three years until Destiny 3. Bungie continues to impress players as they seemingly acknowledge the playerbase’s concerns, such as story. In this recent trailer, Guardians get a real insight into Ghaul, the main villain, and his thoughts about the Traveller’s misplaced gift. It’s looking like Ghaul isn’t going to be a push over.

Coming to PlayStation 4, Xbox One, and PC, Monster Hunter World surprised just about everyone, especially given that the last full release occurred years ago on the Nintendo’s Wii U. Seen for the first time during Sony’s Press Conference, Monster Hunter World shows a huge and lush environment with the player utilizing all manner of traps and weapons to capture gigantic beasts.

Sony dropped this web-slinging bombshell at the close of their E3 Press Conference. Insomniac, the developer behind such classics as Spyro, Ratchet & Clank, Resistance, and Sunset Overdrive, are leading the charge with Spider-Man, a PlayStation 4 exclusive title set to release sometime in 2018. What we got to see at E3 was Spider-Man taking on Mr. Negative atop a construction site followed by an epic (and dynamic) helicopter chase. This Spider-Man title is looking amazing! 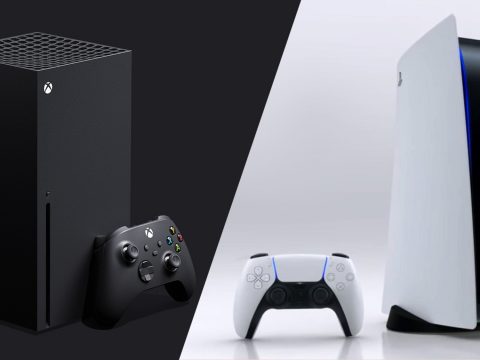