Sonic Mania is upon us, both in the form of the video game and the sheer excitement about getting to play another iconic Sonic game! Sonic has been a longstanding franchise (or should we say long running? Ha-ha!) that has captured the hearts and minds of many gamers over the decades.

One of the most magical things about the Sonic series is its music. Each level has its own theme, each game has its own soundtrack, and each person has their own nostalgia-fueled favorite songs. Speaking of which, below we’ve listed our seven favorite tracks across a multitude of Sonic titles.

Escape From the City/City Escape

Kicking off our list we have Escape from the City, also known as City Escape, from Sonic Adventure 2 on the Dreamcast and GameCube. There’s nothing quite like starting off a tune with a slappin’ bass, and what’s more, this tune is from the first level of the Hero story – what a way to start!

The level starts with Sonic jumping out of a helicopter with nothing but a ‘board, and slamming down a busy city while being pursued by the military, what a phenomenal introduction to a game. Not only is the level action packed, but the song and its lyrics perfectly match the track as well, singing about being set free and following a rainbow.

This one hails from Sonic Adventure on the SEGA Dreamcast, and is one of the most iconic pieces from the game. An upbeat tune with breezy vibes acts as the perfect backdrop to this beach paradise. Even the destructive killer whale couldn’t stop this good time as it ploughed through the pier, blasting wood all over the place. If you were lucky enough to own a Dreamcast, as well as Sonic Adventure, you will no doubt remember this fondly.

Right There, Ride On

Sonic Rush on the DS had one of the most memorable soundtracks of all games released on Nintendo’s incredible handheld. One of our favorites is “Right There, Ride On”, a bouncy electric tune that reminds us of our days playing Jet Set Radio and JSRF. The repetitive lyrics of “Right there, ride on!” were etched into our minds – but we didn’t care. With a rockin’ guitar and a fast rhythm, the song kept you on track.

Sonic the Hedgehog on the SEGA Genesis (and Mega Drive) is the first, and for a lot of old school gamers out there, the greatest Sonic game to ever grace a console. Green Hill Zone was such a catchy tune that got you hooked immediately with its synthesizer. Then, as the song progressed, a sense of mystery and exploration took over as the track opened up.

Sonic Heroes launched on the PlayStation 2, Xbox, and GameCube for a wider audience, and one of the first things players could notice about it was the superb soundtrack. One piece of music that has its own distinct style is Grand Metropolis. The energy behind the music perfectly matched the hustle and bustle of the city through which Sonic and the gang sped along.

Released on the Wii and Nintendo DS, Sonic Colors, as the name suggests, was a vibrant entry into the series – even more so than usual! The Sonic series is known for its bright and cheery tunes, but one of the merriest has got to be Tropical Resort. Taking place far above the world, the Tropical Resort is full of tiki torches, shopping malls, and everything that makes a resort holiday so magical. Plus, the music perfectly matched this setting: with a sweet bass, and a healthy rhythm, you were ready to blast around the course collecting rings and destroying enemies.

Finally, bringing it home we have Sonic Generations, one of the last Sonic games to come out on Microsoft and Sony systems and it just so happened to have one of the greatest soundtracks to boot. An iconic inclusion on this soundtrack was the Speed Highway tune – the classic version. This theme had one of the most unique beats, and if you didn’t feel like partying or didn’t have glow sticks, you weren’t listening to it properly. Set against the dark city, you could just imagine this techno tune being played in rave parties down on the street, right alongside Daft Punk. Up, down, and all around!

Well, now we really want to go and keep playing Sonic Mania. There’s nothing quite as blood-pumping as listening to Sonic music. What’s your favorite track from the Sonic the Hedgehog series? 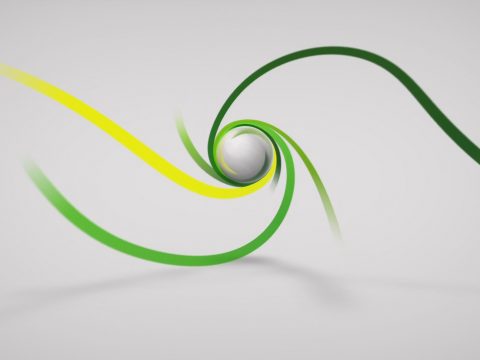