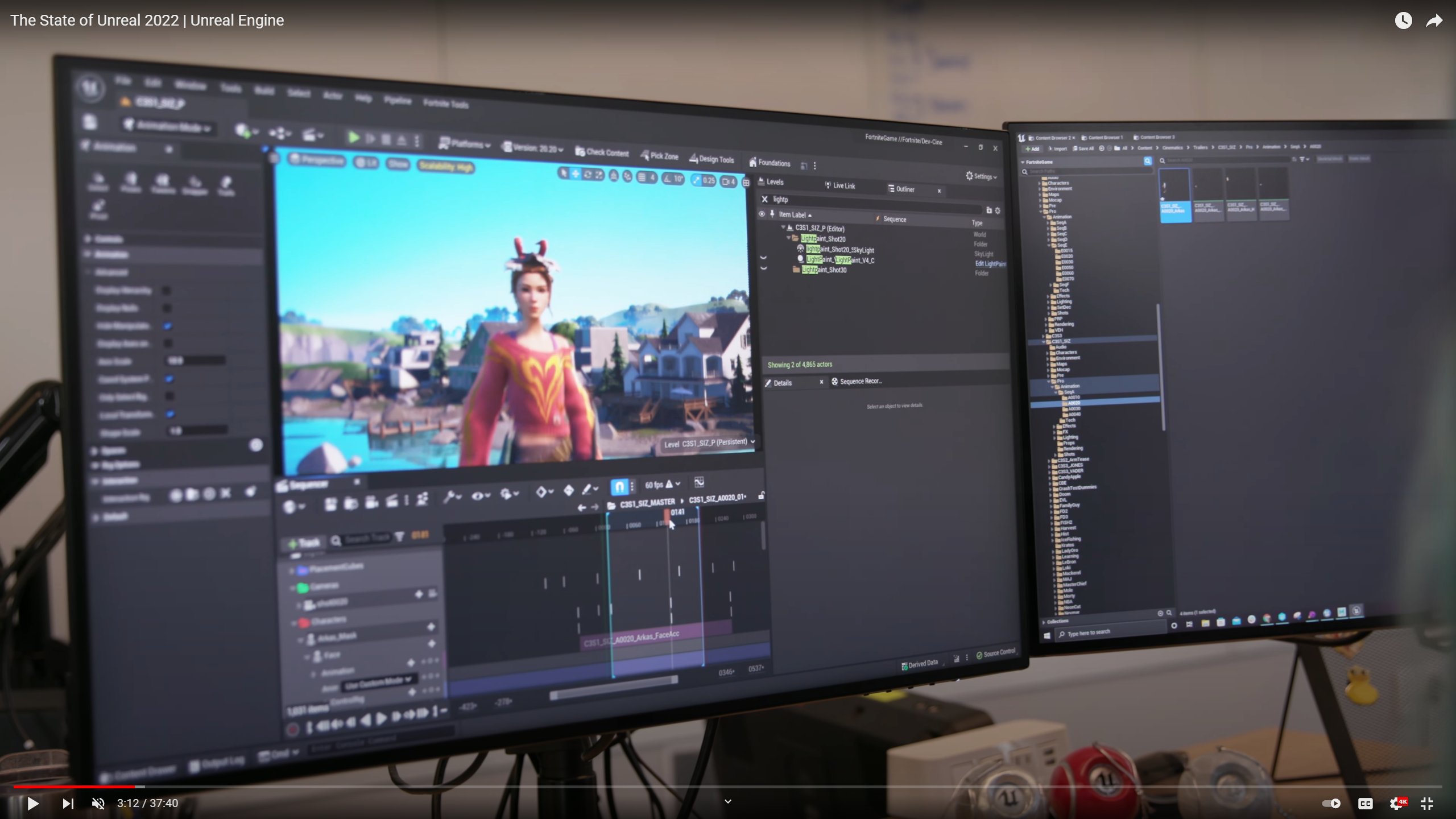 Earlier this week Epic Games held a special ‘State of Unreal’ presentation which was geared towards giving fans and developers the latest inside look at Unreal Engine 5.

For those interested, the new engine is now available to download for anyone interested in taking a look or playing around with the sample projects released by Epic. In addition, fans got a bit of an inside look at the power of Unreal Engine 5, demonstrated with various demos from the likes of The Coalition (Gears Of War 4 & 5), and more studios.

However, it also included a massive teaser of some unreleased content for Fortnite fans.

During the State of Unreal presentation, Epic took some time to showcase a segment on the Intro Cinematic for Fortnite Chapter 3 Season 1. However in a blink and you’ll miss it moment fans have spotted some rather intriguing file names in one particular moment when the showcase hovered on a developer’s computer screen.

As spotted by Twitter user polaq, the Unreal Engine 5 live stream featured several folders listed “CH3S3_VADER,” “FamilyGuy,” and “Doom.”  See for yourself on the below images:

Now, of course, this could mean absolutely anything, or naturally, it could mean nothing. But isn’t it a bit bizarre to be working on Fortnite and having folders labelled this way if there isn’t at least some chance that these other properties are involved somehow.

It also seems a bit strange that a random Epic employee would choose to name the folders something so on the nose, not least when leakers have suggested for quite some time that there are DOOM, Family Guy and Darth Vadar skins on the way.

It feels like at this point it’s only a matter of time before Epic adds these skins into the game.

The only question is, when.