Call it wishful thinking, but these are the fighters we would love to see included in Mortal Kombat 11 in future DLC.

We’re loving tearing people’s arms off and decapitating heads in Mortal Kombat 11. It’s incredibly satisfying to be treated with a brutal FATALITY, but we can’t help but think about what’s next. Who will we get to play as in the coming months? We have some ideas of fighters who might be coming, and some ideas of characters we’d love to play as in any future DLC.

There are a lot of fighters to play as already in Mortal Kombat 11. There’s Johnny Cage, Sonya Blade, and of course Scorpion and Sub Zero, but there are a few key characters that are missing. Outside of these missing characters, there have also been countless crossovers in previous Mortal Kombat games. We could potentially see even more variety with crossovers and mixing of universes! 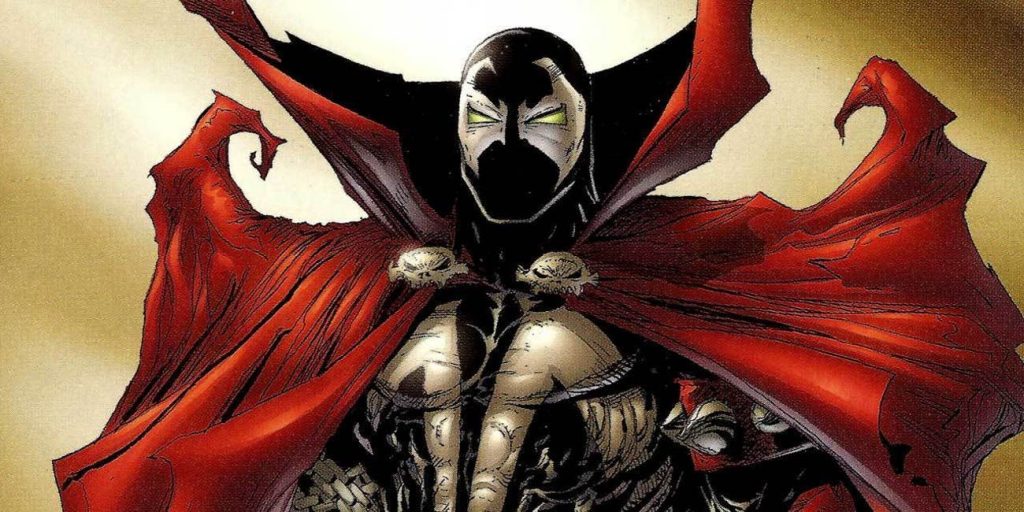 Comic book heroes, villains, and all that lies between are the perfect subjects for inclusion in a Mortal Kombat game. They are all incredibly powerful, have some kind of suits and alternative costumes, and all have witty one-liners. Out of all the potential comic book heroes (or antiheroes) Spawn is one of the characters most likely to appear as a DLC fighter. Speculation of his inclusion in Mortal Kombat 11 reached a fever pitch when his creator Todd McFarlane took to Reddit for an AMA. When a fan asked about Spawn coming to MK11, McFarlane simply responded: I believe he’s on his way…

While Todd McFarlane doesn’t have the final stay on who does and does not make it into Mortal Kombat 11, that’s a pretty clear cut answer. 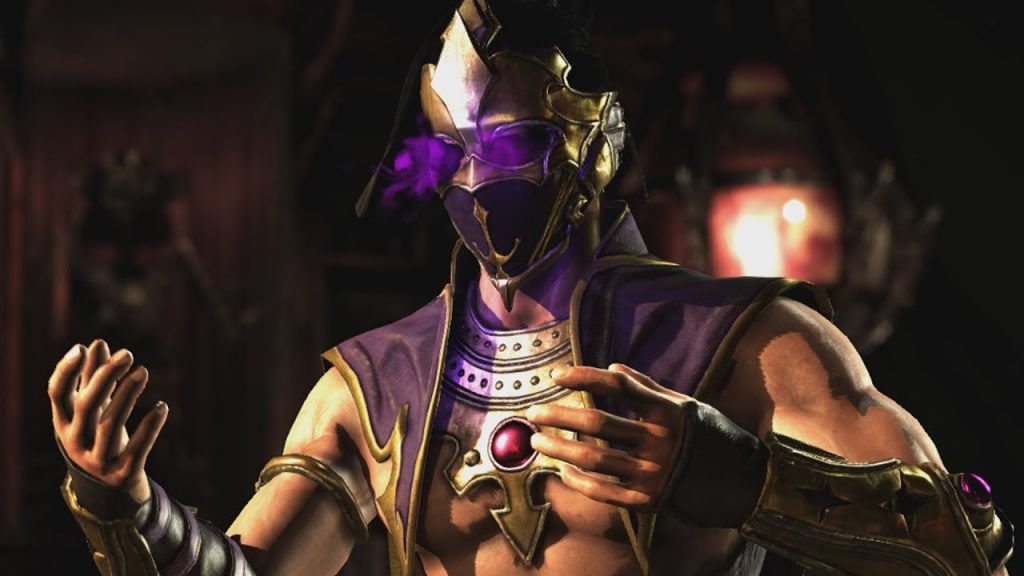 It’s been a very long time since Rain was a playable fighter in Mortal Kombat, so it only makes sense to have him return in 2019’s iteration of the bloody fighting game. Originally playable in Mortal Kombat 3 in 1995, Raid wouldn’t make another entry into the select screen until 2006’s Mortal Kombat: Armageddon and then in the 2011 version. It’s been 8 years since then, so it’s time to let the man come and fight once more. 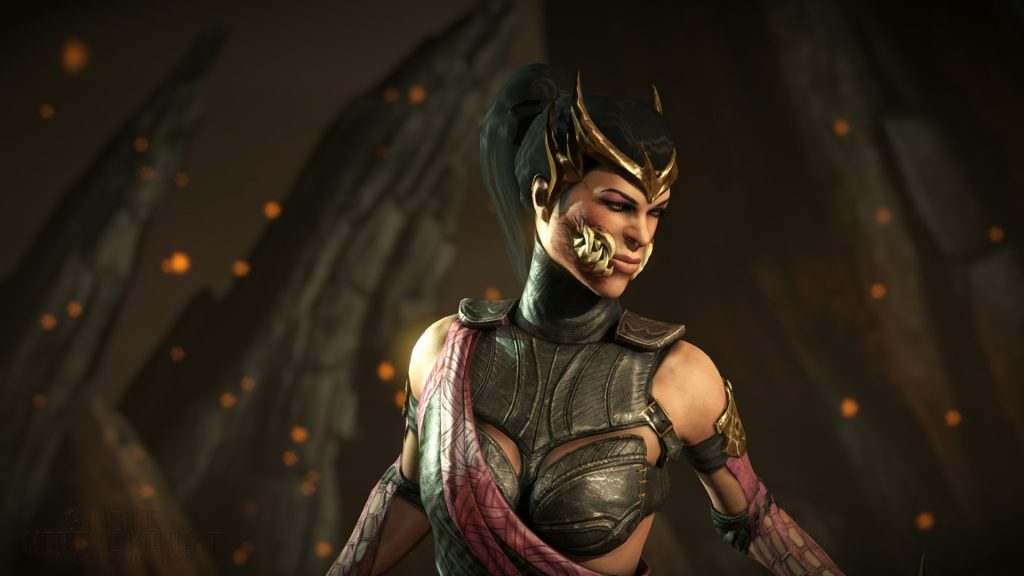 Mileena has been a staple of Mortal Kombat for many years, so to see her in MK11 and yet be unable to play her is certainly frustrating. Since her original inception, she’s been incredibly popular among players and cosplayers alike. She’s already in the game, so half the work is already done. Now if NetherRealms would just let us select her and get to eating people’s faces with those teeth, that would be great. 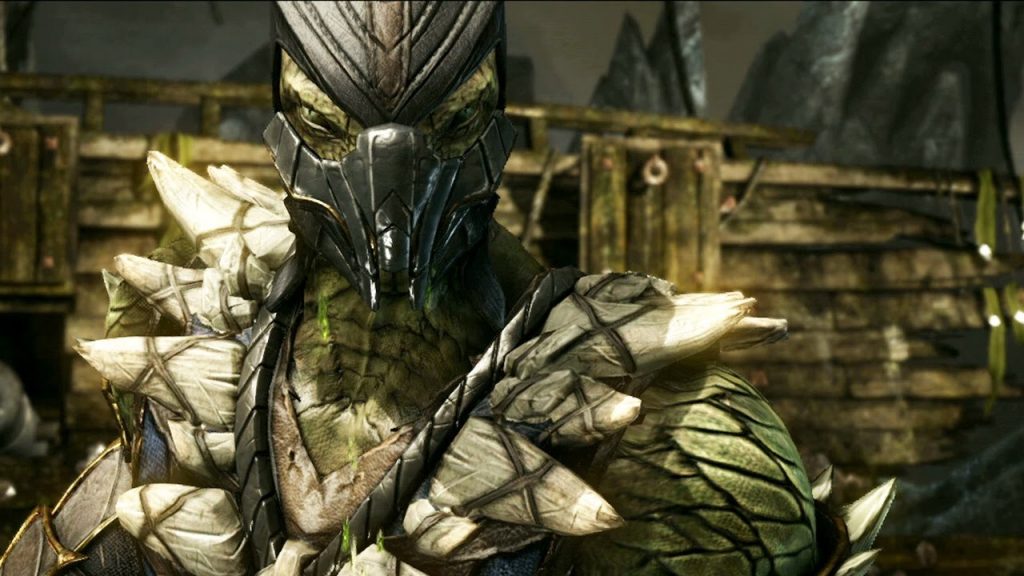 Reptile is another fan-favorite that is decidedly “missing” from the roster in Mortal Kombat 11. Sure, he’s available as an opponent in the Krypt, but we want to play as the scaly beast. He’s been a core fighter in Mortal Kombat for the longest time, so to see him not included in the launch roster is odd. However, because he’s already in the game in some form, it’s not impossible to expect him to be a DLC fighter.

Recommended: Stealth 600 for Xbox One 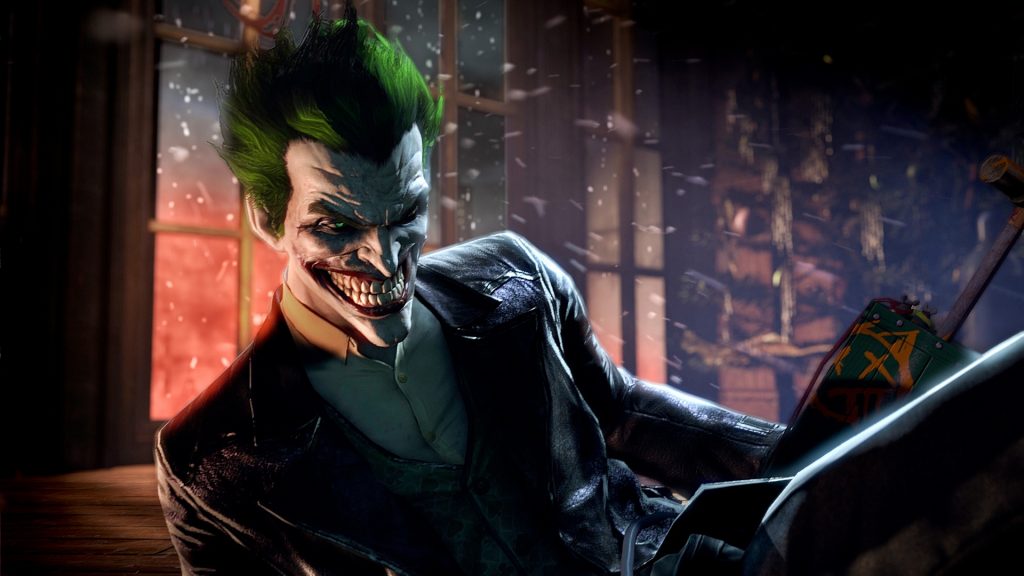 We love crossover events, like the Avengers coming to Fortnite, so when Mortal Kombat teamed up with DC Universe in 2008, we had the time of our lives. There was something particularly awesome about playing as Batman while fighting Scorpion. However, one character we desperately want to see return to the blood sport is the Joker. His devilish behavior, his wicked laugh, and his slim physique and fast movement all make for the perfect candidate. 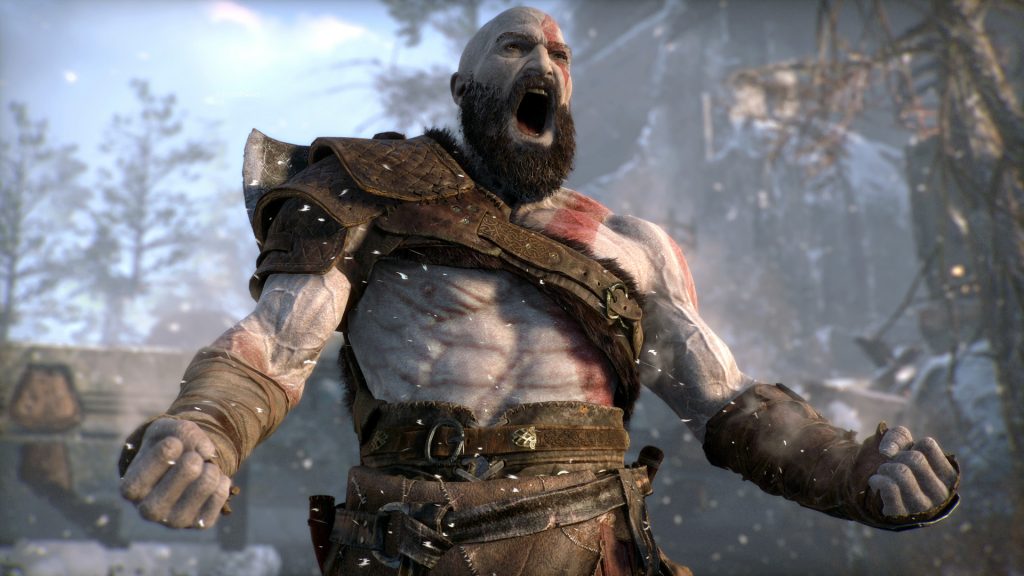 Speaking of crossovers, Kratos would make a top-tier addition to the Mortal Kombat 11 line-up. We’re not talking about his early PS2 and PS3 days, we want the Kratos from Santa Monica Studio’s 2018 God of War for PS4. Let us use the Leviathan Axe to annihilate our opponents. We want to send a River of Knives along the ground and then leap through the air to cleave our opponent in half in an epic Fatality. Besides, Kratos has already been in one Mortal Kombat game, so it’s not completely unreasonable to want to play as him again. 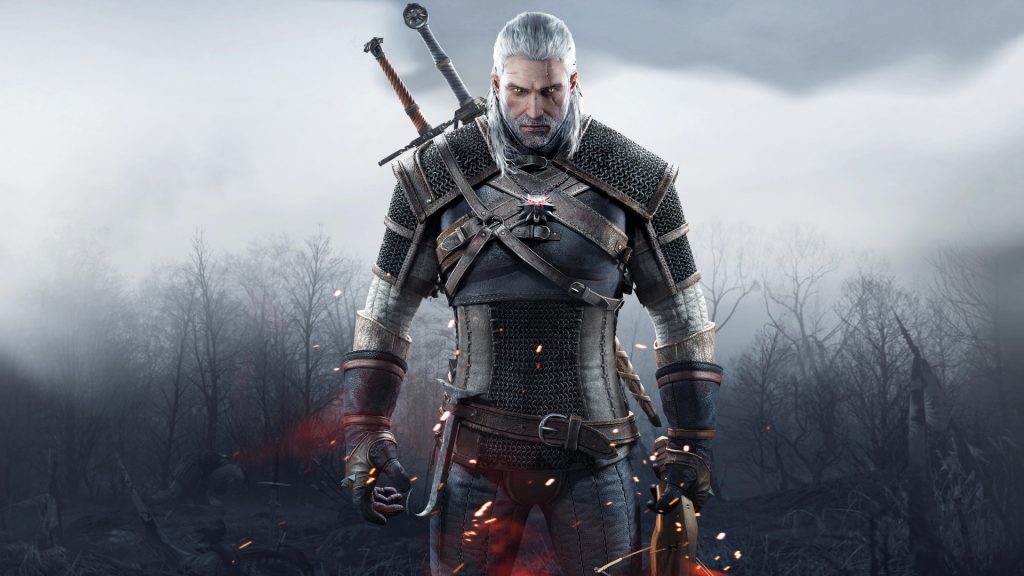 We know Geralt of Rivia is already making an appearance in a fighting game, Soulcalibur VI, but this hunter of witches has the potential to seriously make a mess of someone in Mortal Kombat 11. We can see it now, Geralt would have an absolute field day hunting down and dispatching some of the horrifying monsters and beastly kombatants you can fight. We bet he’d have some pretty horrific Fatalities and Fatal Blows as well. 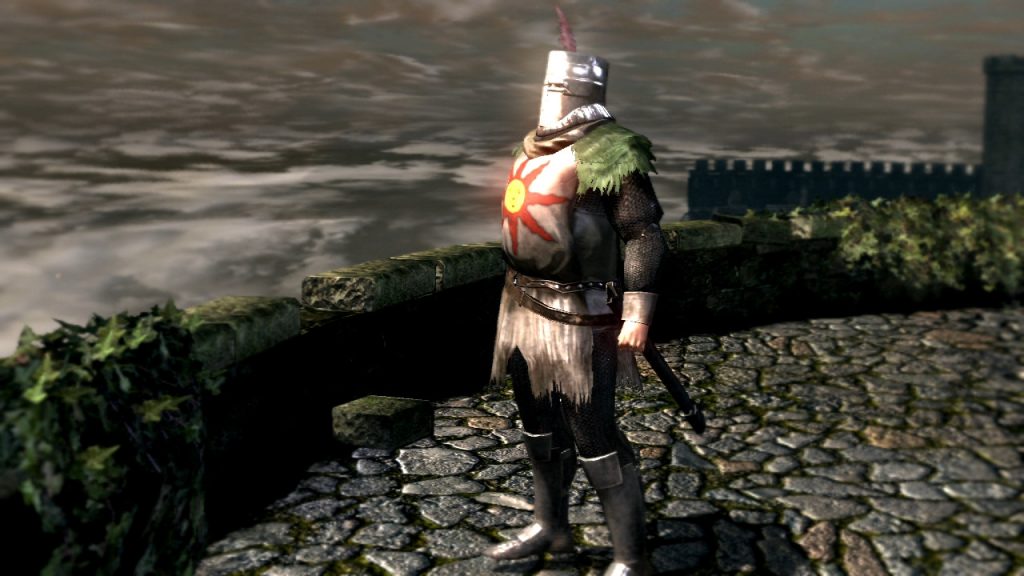 He’s everyone’s favorite jolly cooperation partner. He’s the Warrior of Sunlight. The most grossly incandescent praiser of the sun. He’s Solaire of Astora and he would be perfect as a DLC character in any game, but especially Mortal Kombat 11. Much like Geralt of Rivia, Solaire fights with a sword and shield – and a bit of lightning miracles if he wants – but that doesn’t mean he’s above throwing a few punches. We can even imagine one of his Fatalities now, slamming a chaos bug down on someone’s head and seeing them go insane. 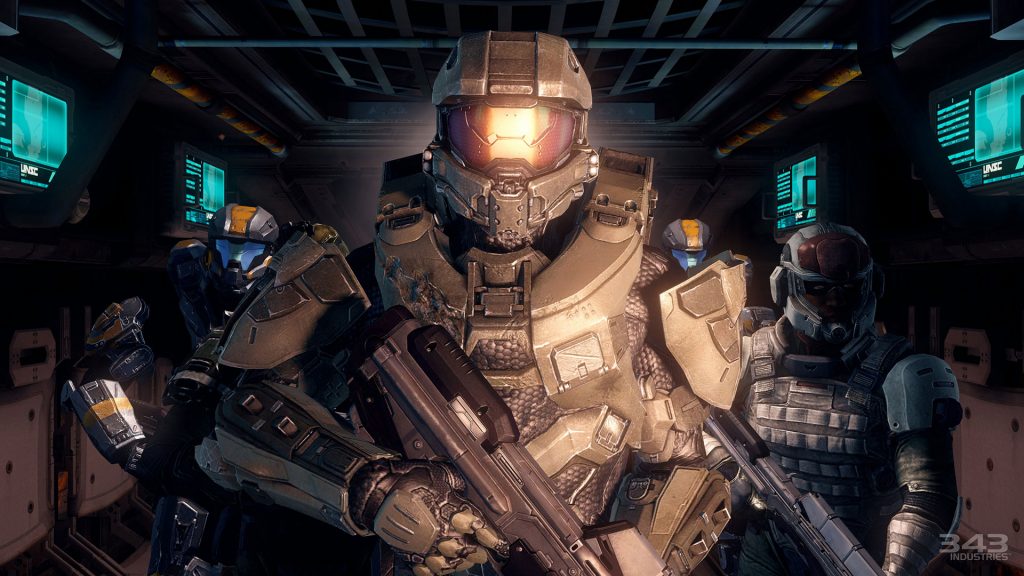 If you’ve got a fighting game and you’re not trying to include one of our favorite combatants in gaming history, then we have different priorities. Master Chief. John-117. Whatever you like to call him, he’s the perfect DLC fighter. In the event you can’t get the Chief to come to your fighting game, then pick another Spartan. Nicole (Spartan-458) was featured in Dead or Alive 4, and she was an absolute beast of a fighter. Mortal Kombat is the perfect space for a Spartan, the only problem being that Spartans never die in combat, they’re only ever “missing in action”.

Some of these fighters probably have a better chance of being DLC characters than others, but that won’t stop us from dreaming. Ideally, we’d love to see as many fighters as possible join the roster of Mortal Kombat 11! What fighters do you hope join the line-up in future DLC? 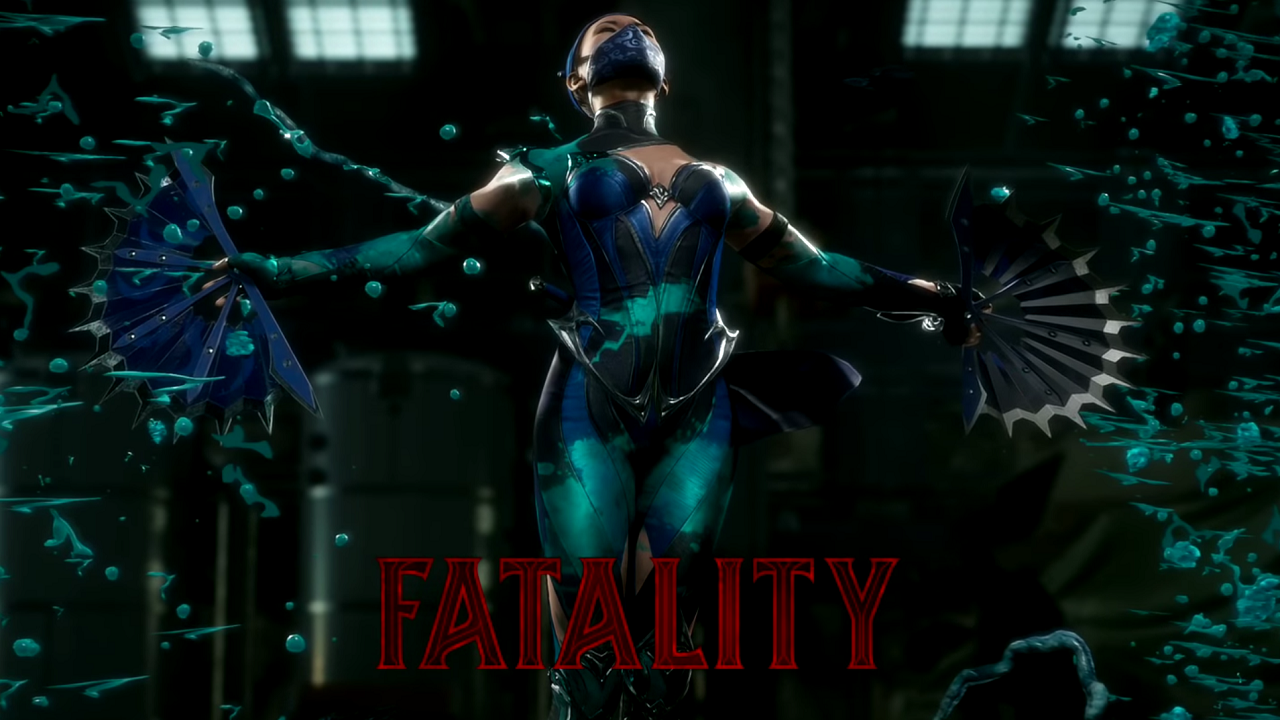 If you need to know how to tie a horribly disgusting bow on your Mortal Kombat 11 matches, you’ve come to the right place with our Fatality list. 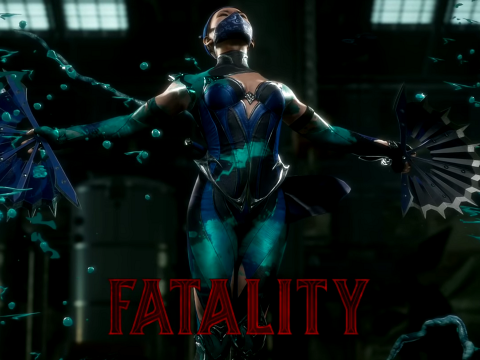 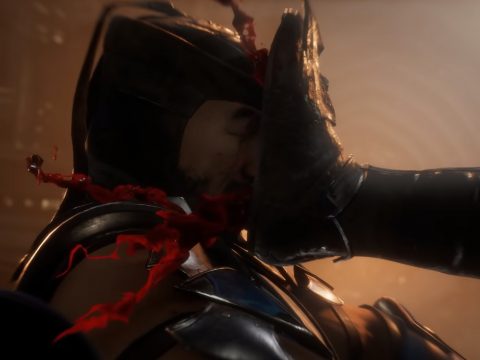