Diablo Immortal Hidden Lair Map Locations and How To Find Them 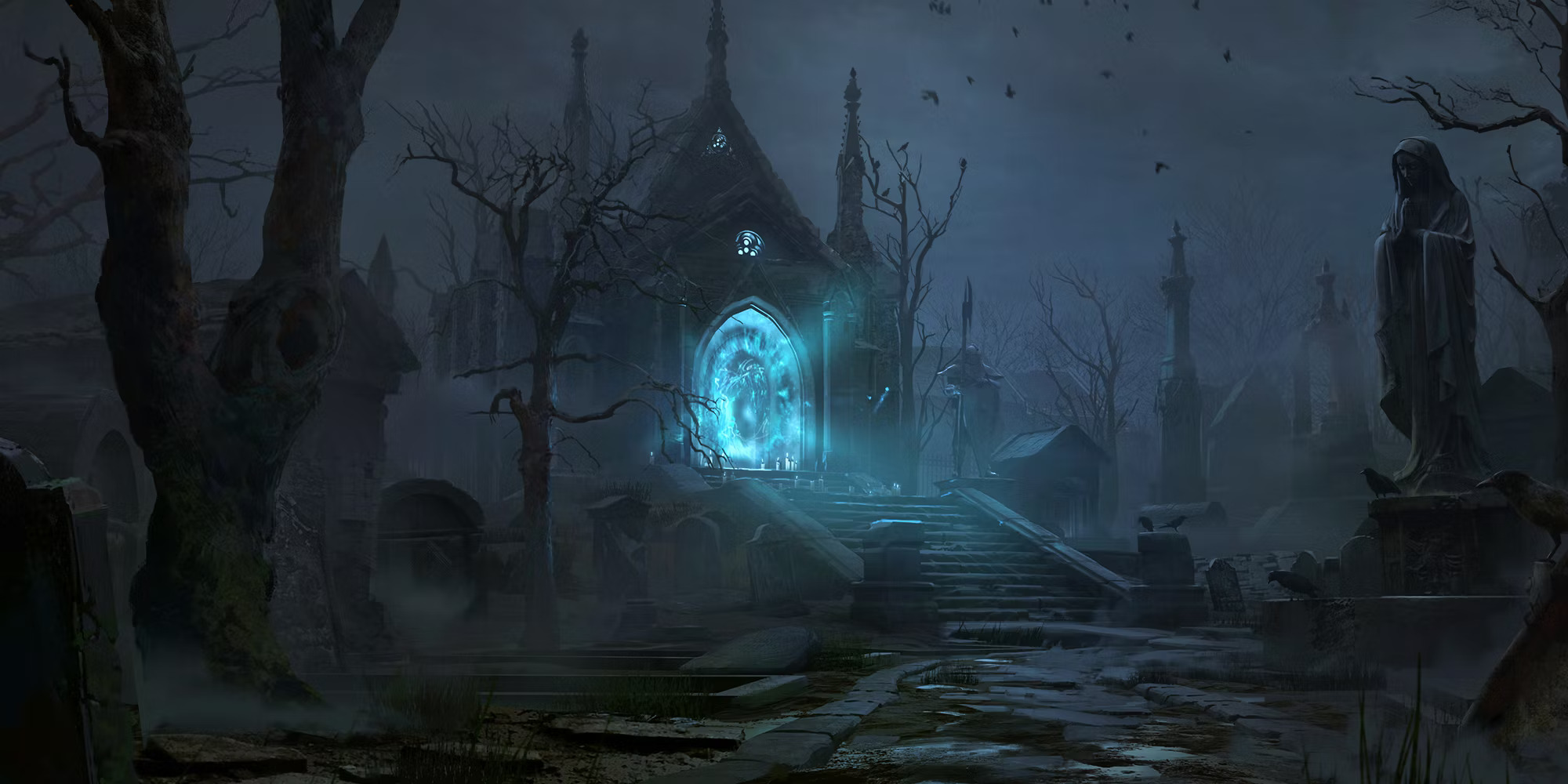 A hidden lair has opened in this zone. You might have seen this notification pop up at various points whilst playing Diablo Immortal, but if you’ve only just started playing you might not know what it means, especially considering the game doesn’t make it abundantly clear what these hidden lairs are in the first place.

In short, Hidden Lairs are a bit like mini-dungeons that you and your party can run from time to time. They’re a good source of XP for those looking to level up fast as well as a great way to farm normal gems, as you’re guaranteed one normal Gem each time you complete a hidden lair.

The thing is, finding hidden lairs in Diablo Immortal can be quite tricky. They’re not signposted particularly well and you’ve limited time to find one once it’s opened in the zone.

They’re definitely worth running though, so to save you some time we’re going to show you how to find a hidden lair in Diablo Immortal and all Hidden Lair locations too. Read on, and you’ll be raiding these mini-dungeons in no time.

How to find Hidden Lairs in Diablo Immortal

As we mentioned, you’ll know when to search for a Hidden Lair when you see the following message appear on your mobile screen: ‘A hidden lair has opened in this zone’.

As soon as you see this message, you need to start looking on the map for the entrance to the hidden lair. Now the tricky part is that each zone will include several hidden lairs, and the one which opens is completely random. In the case of Ashwold Cemetery, this means it could be any one of 18 different hidden lair locations.

In short, you need to search the entire map looking for this hidden lair, so it’s best to try and commit to memory most of the locations, or have a decent route you can run to speed across the map to find it as fast as possible. To make things a little easier, a blue portal symbol will appear on your minimap when you are near to the revealed Hidden Lair, plus, the entrance will be emanating a glowing blue light.

However, you need to be fast when searching for a hidden lair since you’re against the clock. Players only have ten minutes to find the Hidden Lair before it closes again.

But it’s not just the clock you’re racing against, it’s other players too. If another player in the zone finds the hidden lair before you do, you won’t be able to access it (unless you’re in the same party). Hidden lairs work on the principle of a ‘first come, first served’ basis, or as we prefer to say ‘finders keepers, losers weepers’.

Assuming you don’t make it to the Hidden Lair in time, you might still get invited by whoever beat you to it, as you may on occasion receive an invite to join someone else’s party to take part. Personally, we’d always accept since as we mentioned, running these Hidden Lair’s is a sure-fire way to earn normal gems once you’re collectively killed the Lair Guardian which awaits you in the dungeon. 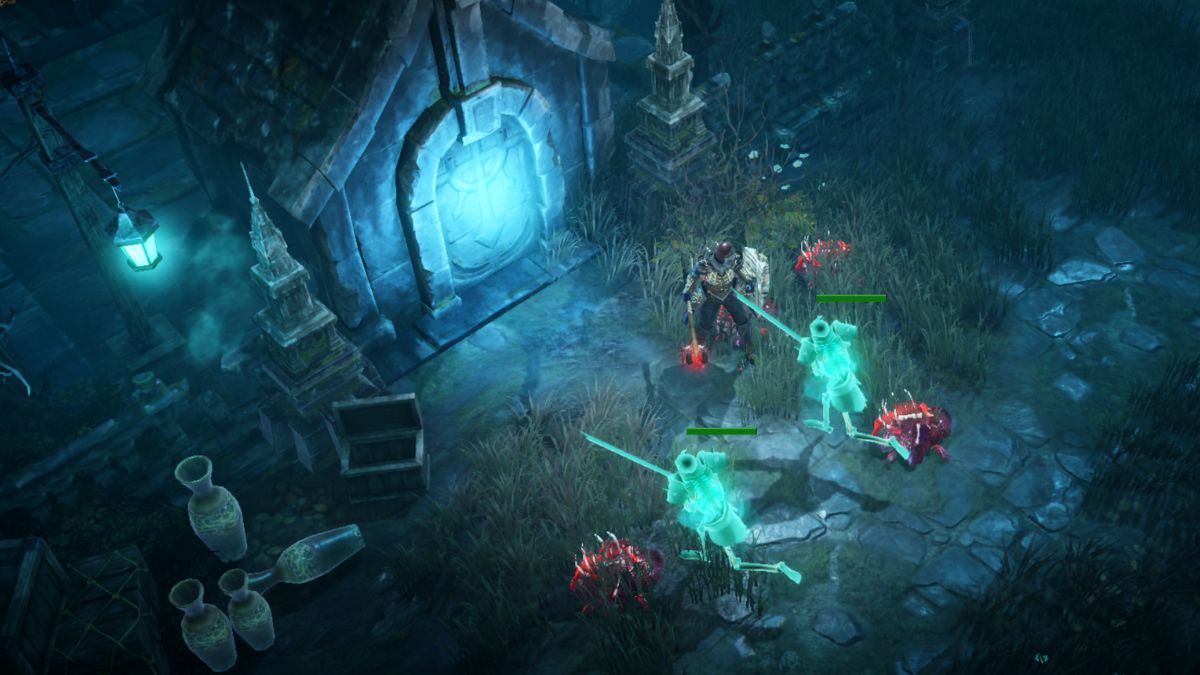 How to find Hidden Lairs FAST in Diablo Immortal

As noted by GamesRadar, Hidden Lairs will typically appear by the same type of building in each zone. So for instance, all the hidden lair entrances found in Ashwold Cemetery can be found in Mausoleums. As per GamesRadar, the list below outlines what type of structure you need to investigate to find a hidden lair:

Below you’ll find maps of all locations where you’ll find Hidden Lairs. Do note, we’ll continue to update these maps as players are continuing to find more Hidden Lairs every day. So whilst these maps might show a certain number of Hidden Lairs, it’s possible players will find a few more locations tomorrow. So stay tuned for updates.

Also, a quick thanks to the site Maxroll.gg as our primary source for the maps. Maxroll.gg has an Interactive Map of Diablo Immortal which is really handy for looking up specific locations within the likes of Sancuary, Westmarch and many more locations from the game. Now, read on for a map location guide to finding each Hidden Lair in each level. 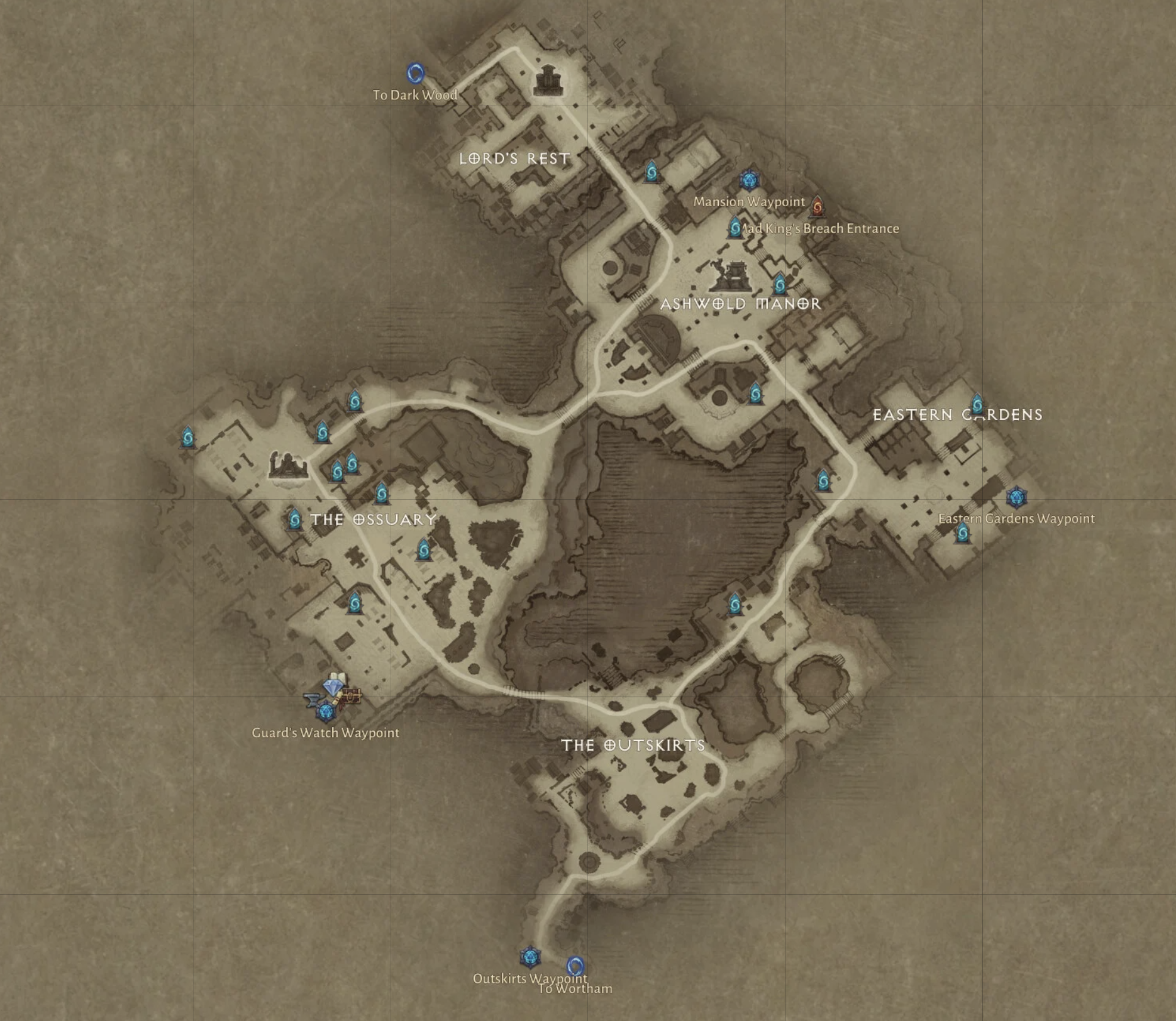 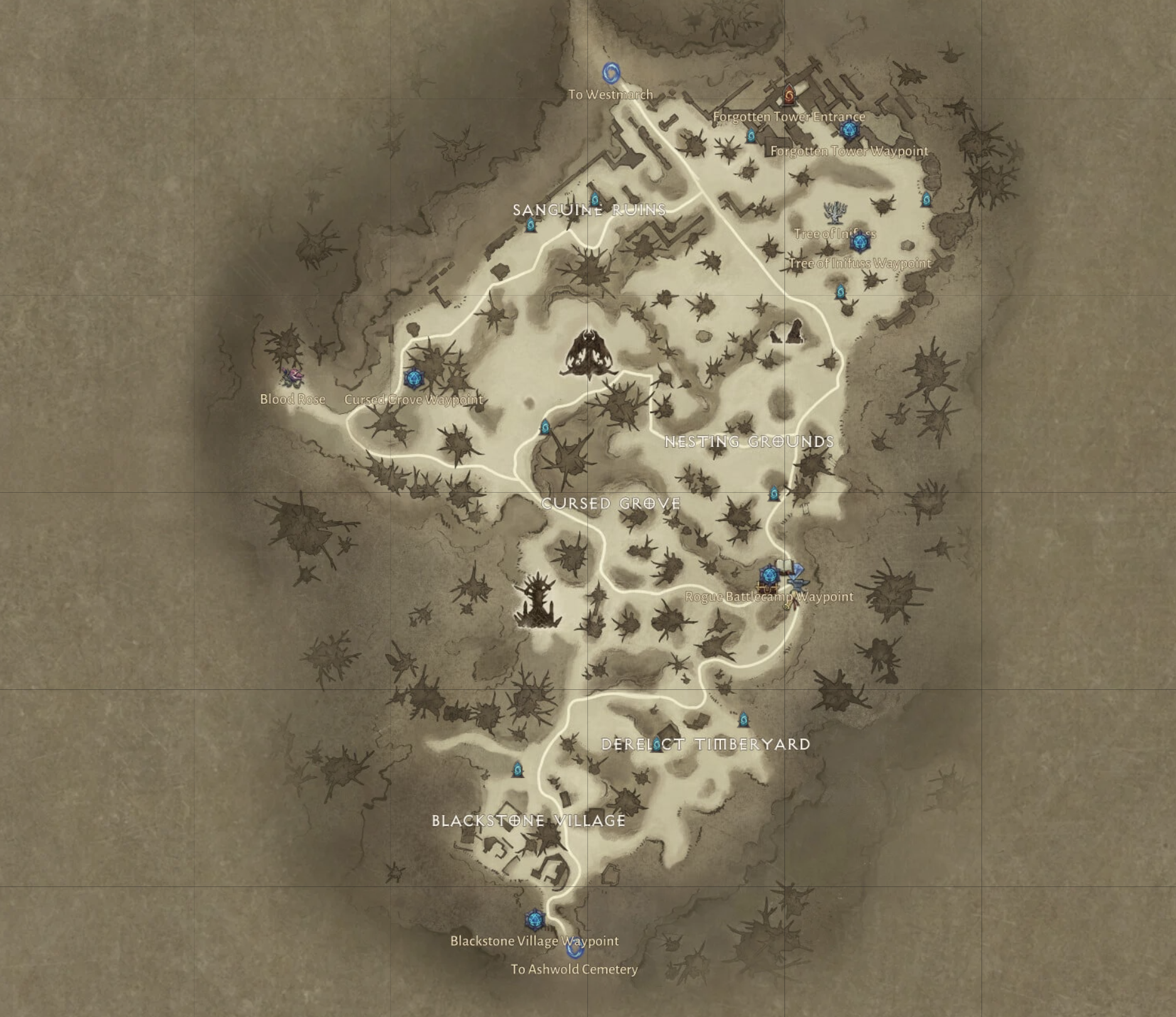 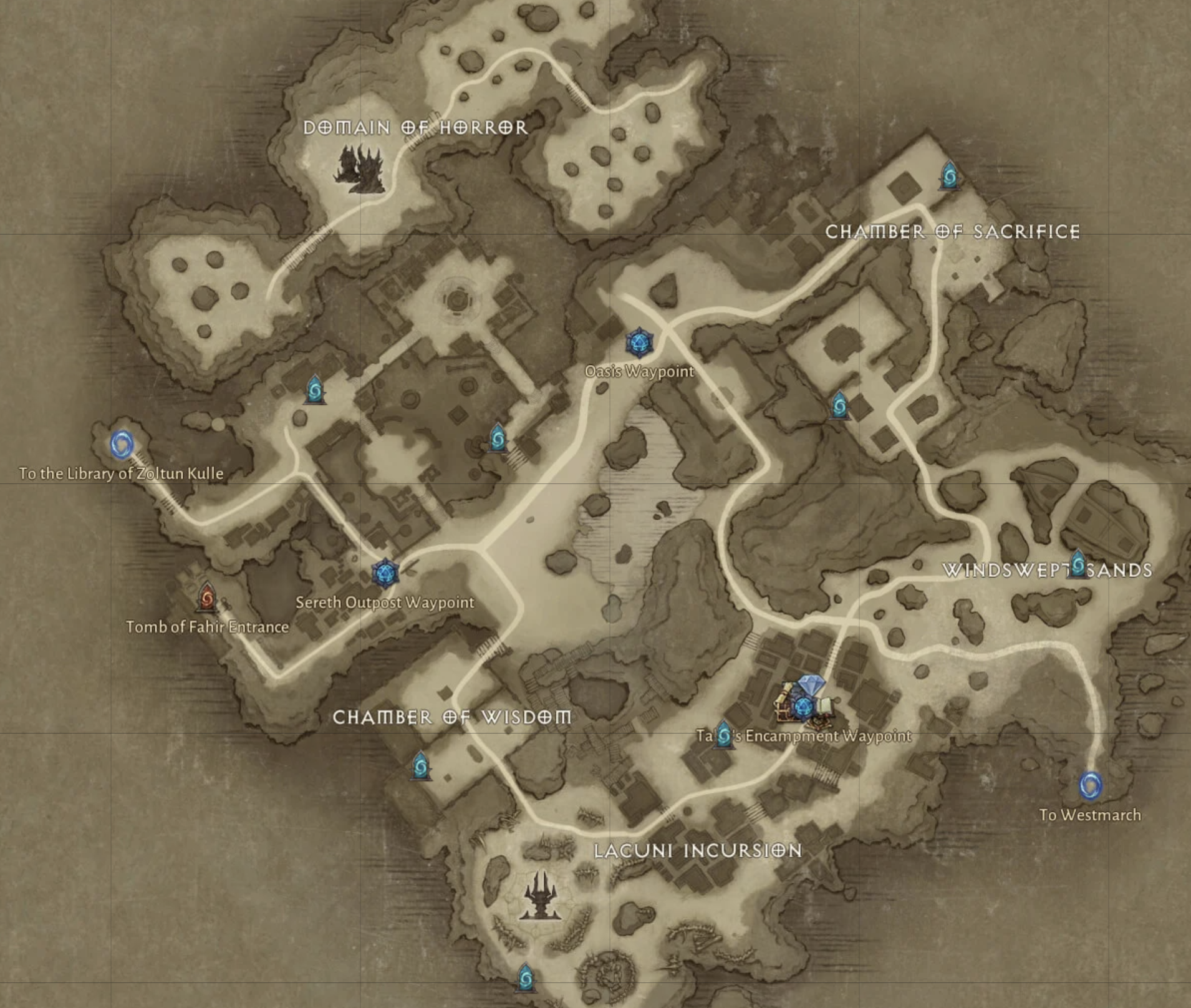 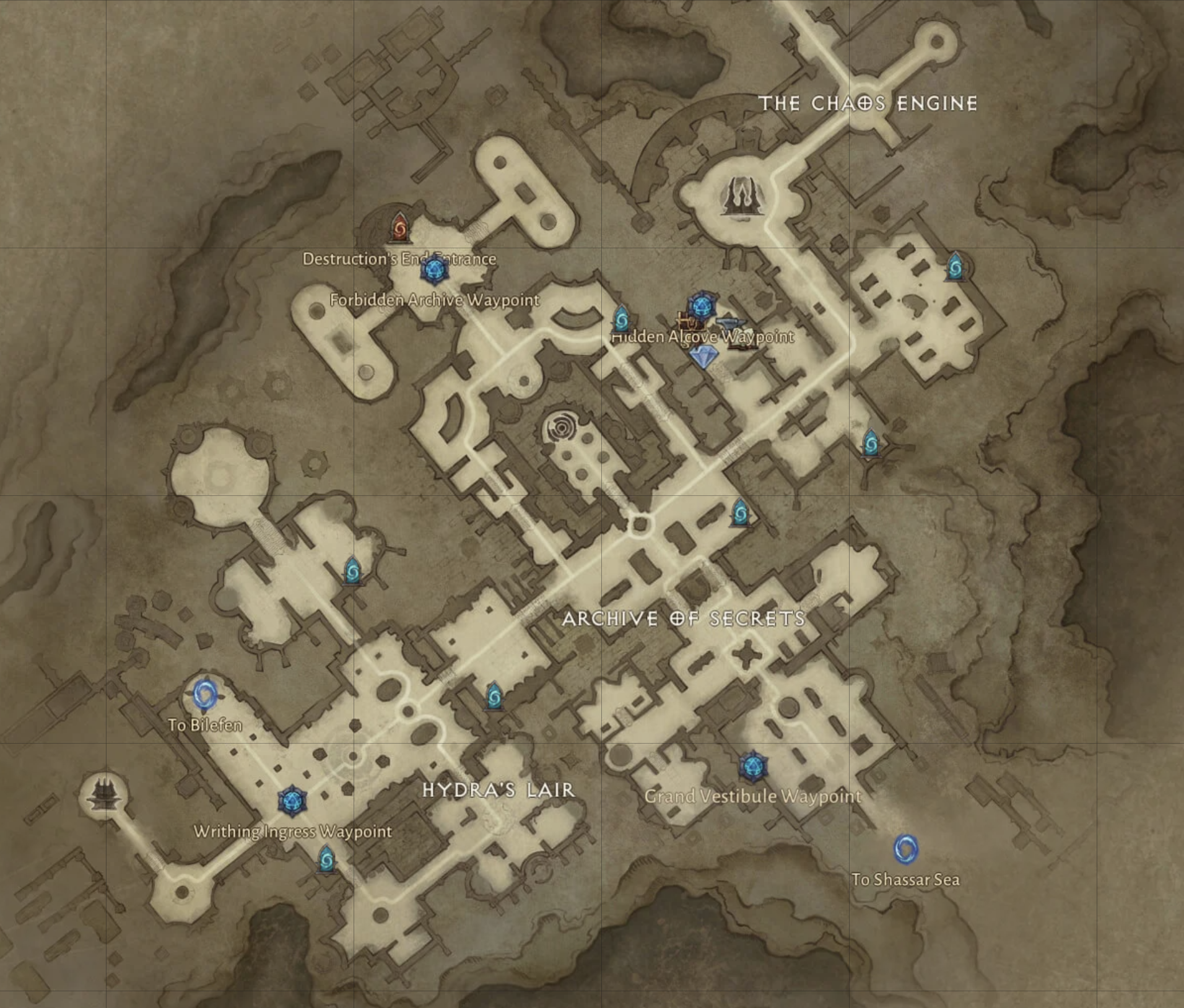 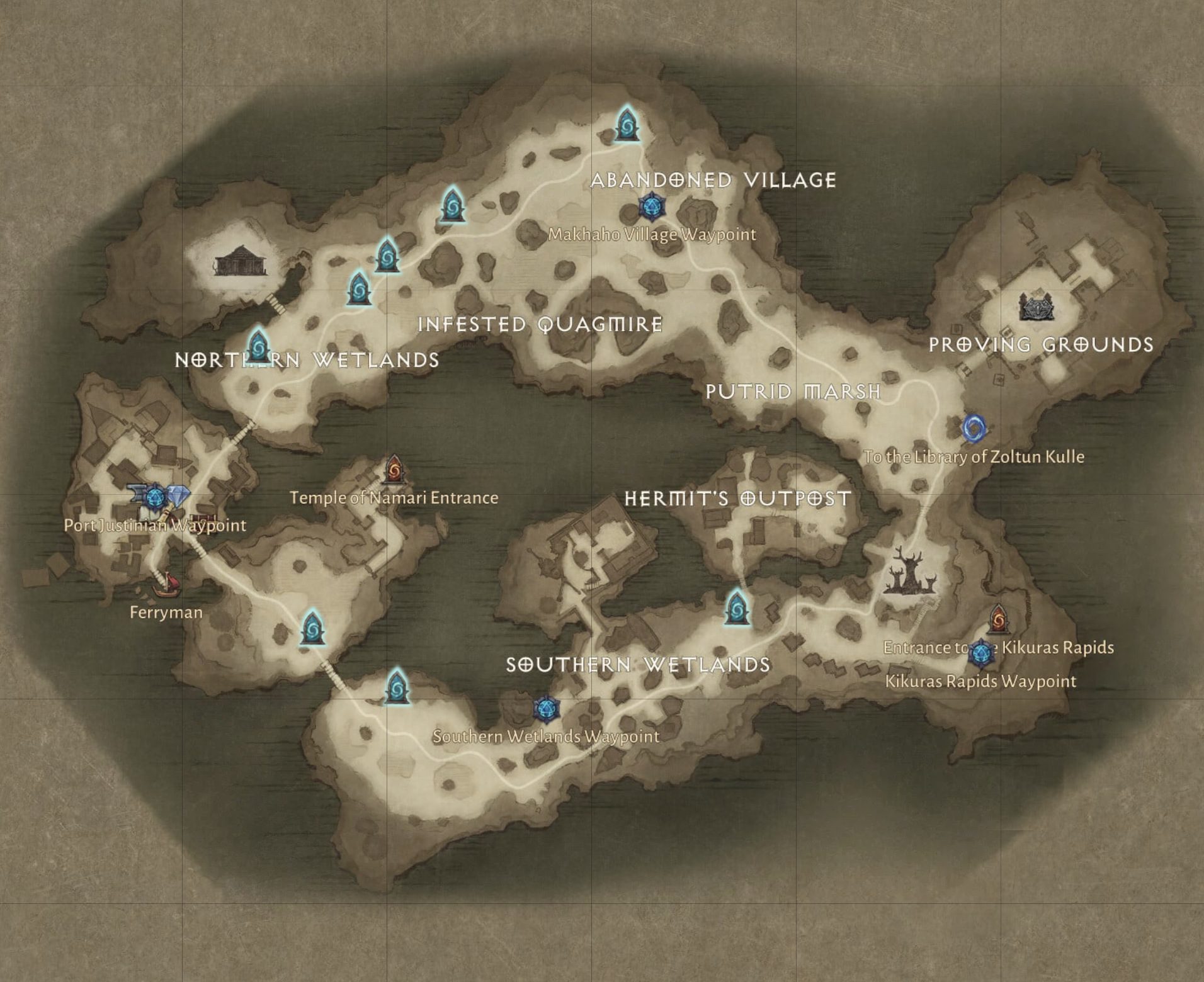 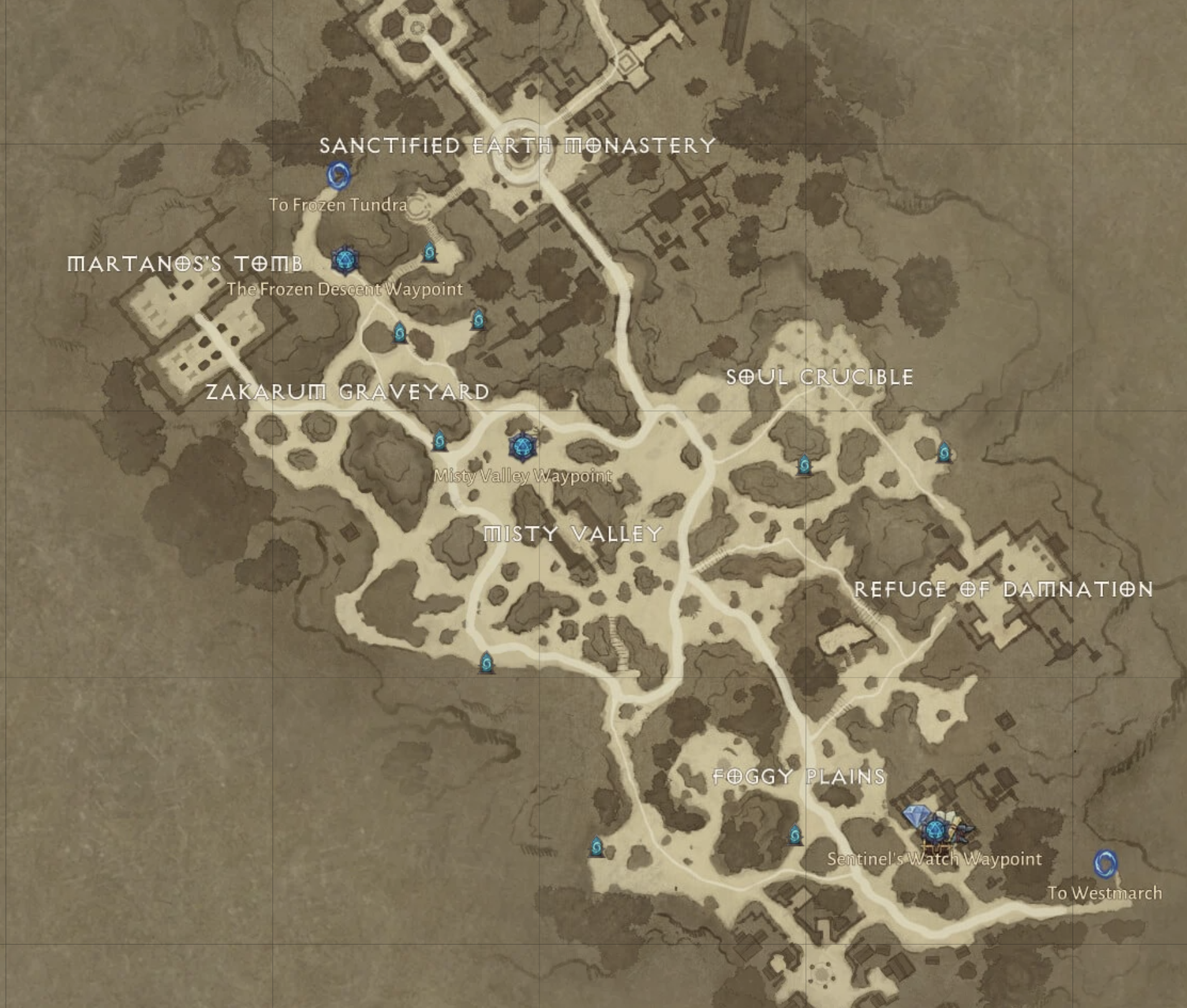 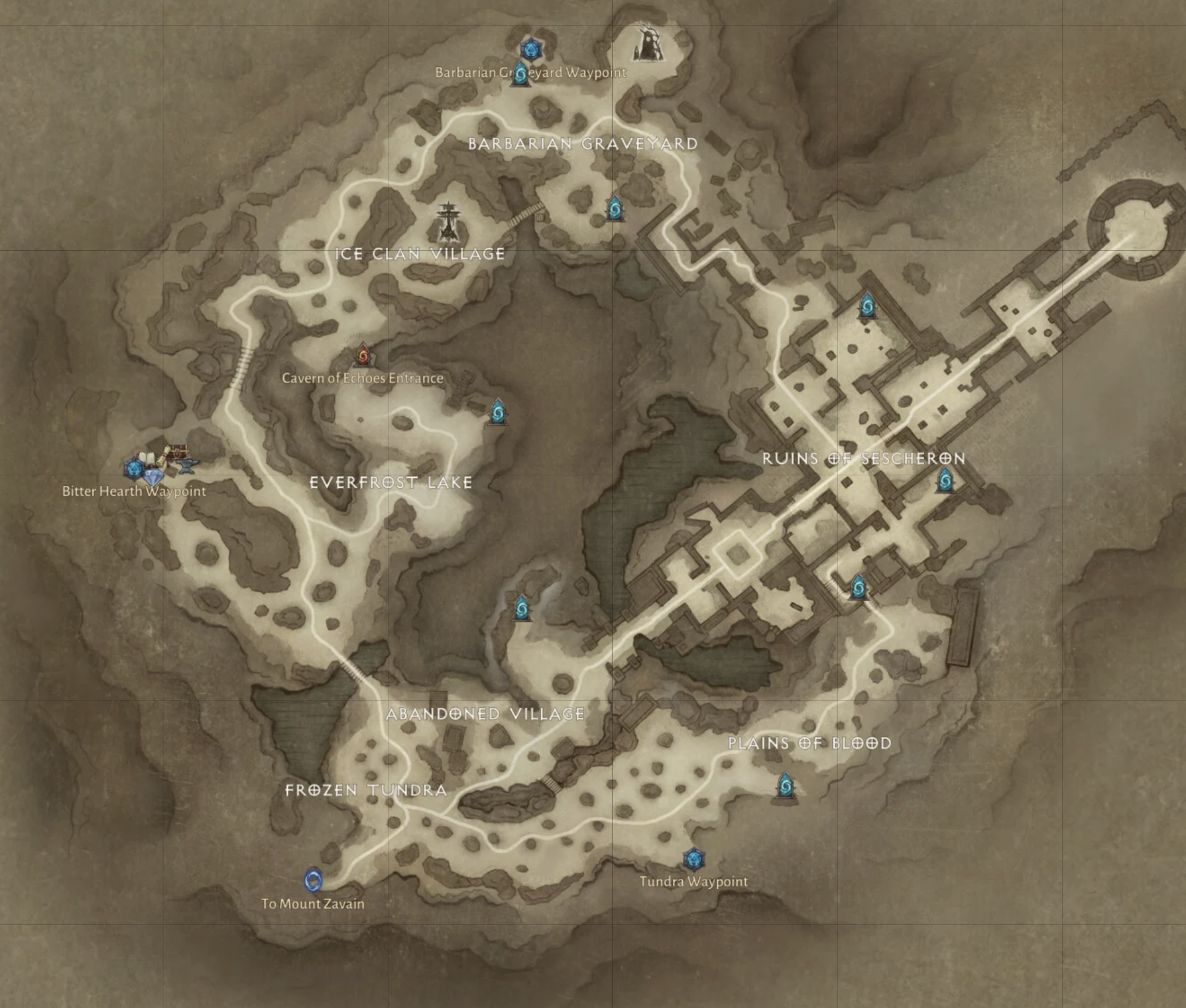 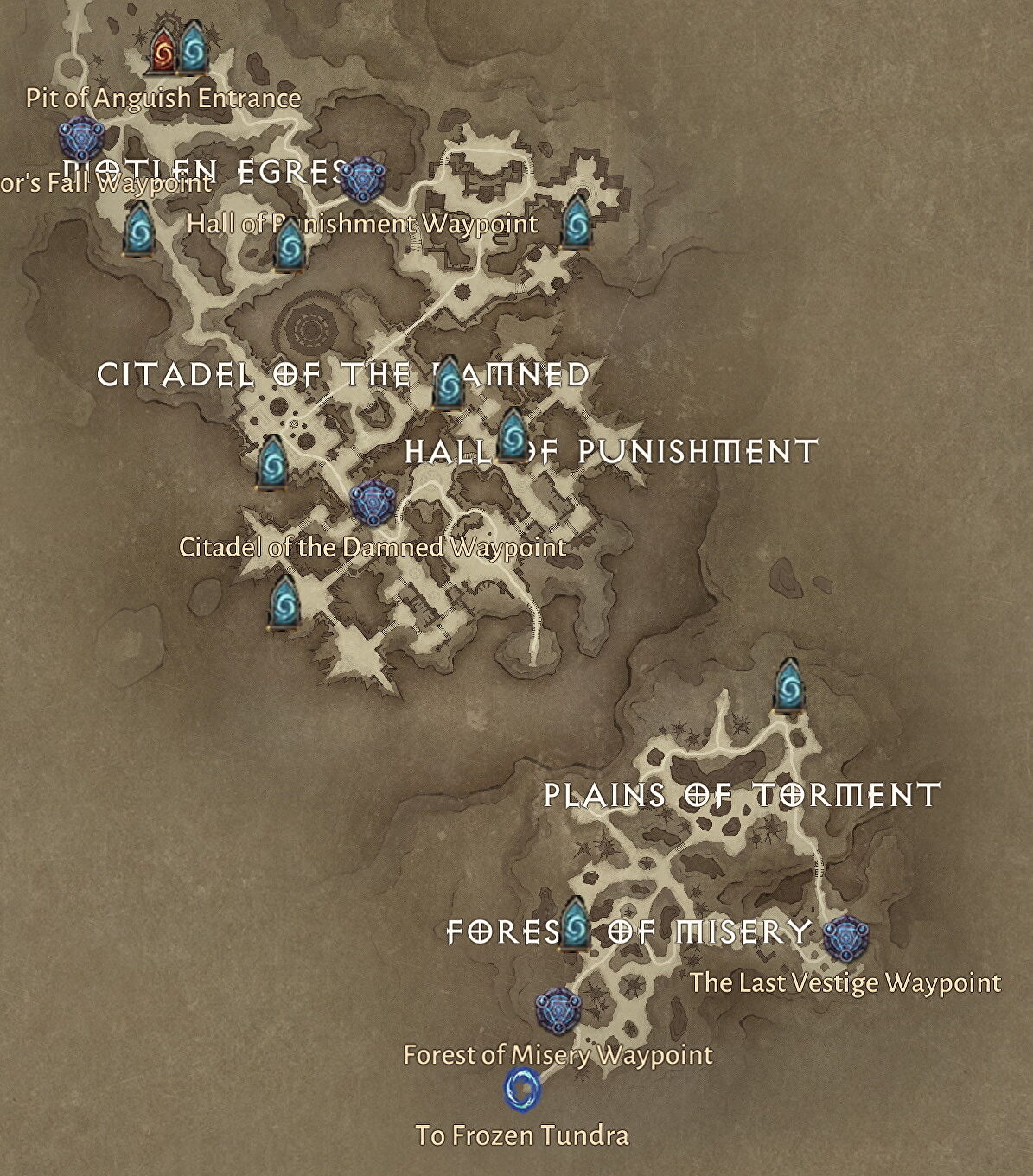