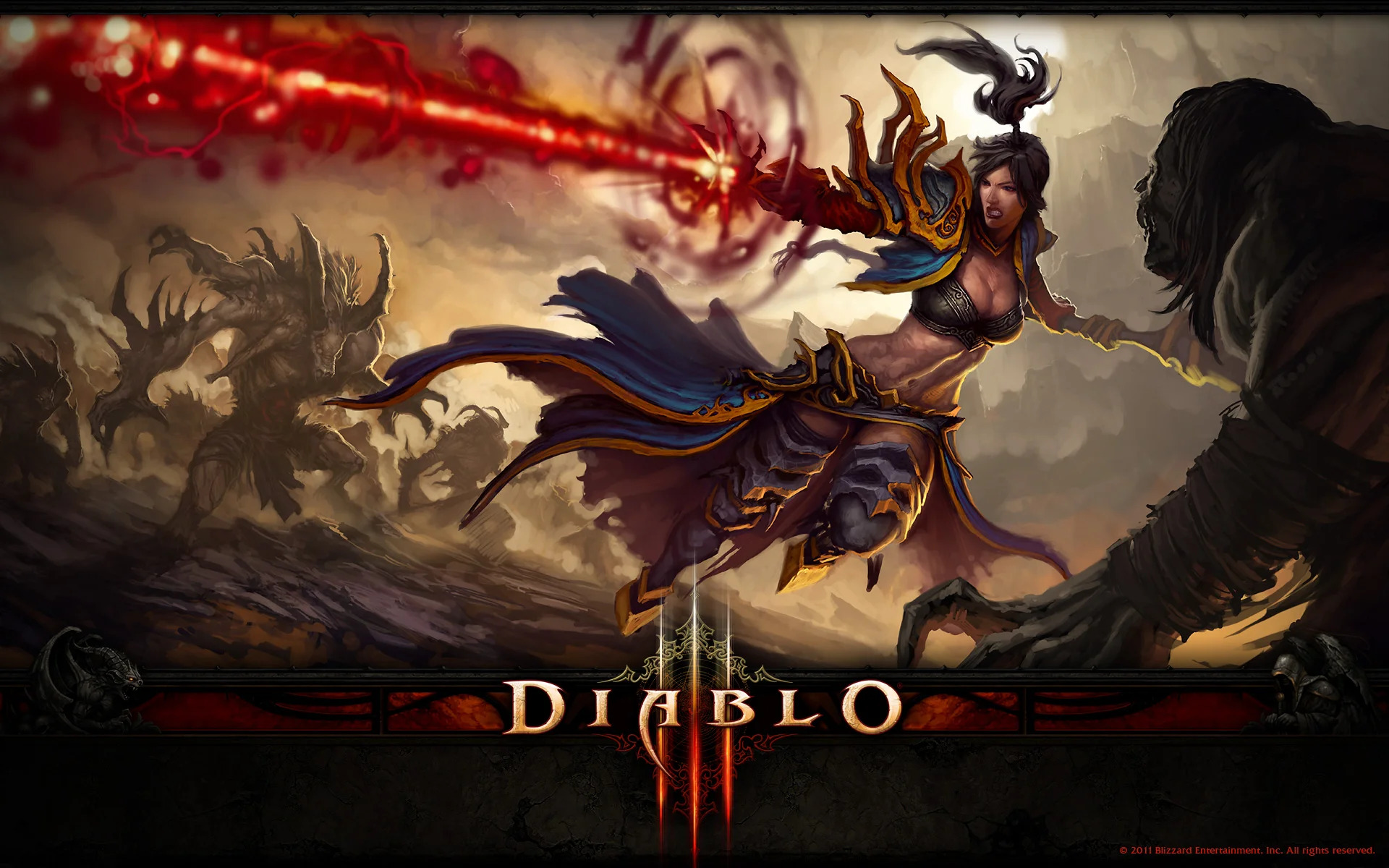 Using the best Diablo 3 Wizard build for Season 27 will be absolutely essential for players wanting to push the limits of what’s possible. The better the build, the better the chance you have of topping the Diablo 3 Leaderboards.

That said, we imagine that if you’re reading this you want to know what Wizard build to run use in the current season. It doesn’t matter if you’re a beginner, or a seasoned pro, it always helps to assess your options before you start levelling up and beginning that new season grind. Especially when new seasonal features like Soul Shards, Ethereal Weapons – and now Sanctified Powers in Season 27 – can massively alter the meta too.

Assuming you’ve read our Diablo 3 Tier List for Season 27, you’ll likely already know the best S Tier builds from the F Tier flops. However, if you read on we’ll take you through everything you need to know to ensure you have the best Wizard build for Solo Greater Rift Pushing in Season 27.

Is The Wizard Good In Diablo 3 Season 27?

The Wizard class is a bit of a mixed bag in Season 27.

First here’s the upside, it has two very strong S-Tier build options in Season 27, that rank among the highest in the game this season.

The downside is that, beyond these two S-Tier builds, it’s a bit of an underwhelming selection. There are admittedly two ok A-Tier builds you can opt for, but they’re certainly not pulling up any trees.

So is the Wizard good in Season 27? Yes, assuming you can get either of those two S-Tier builds. 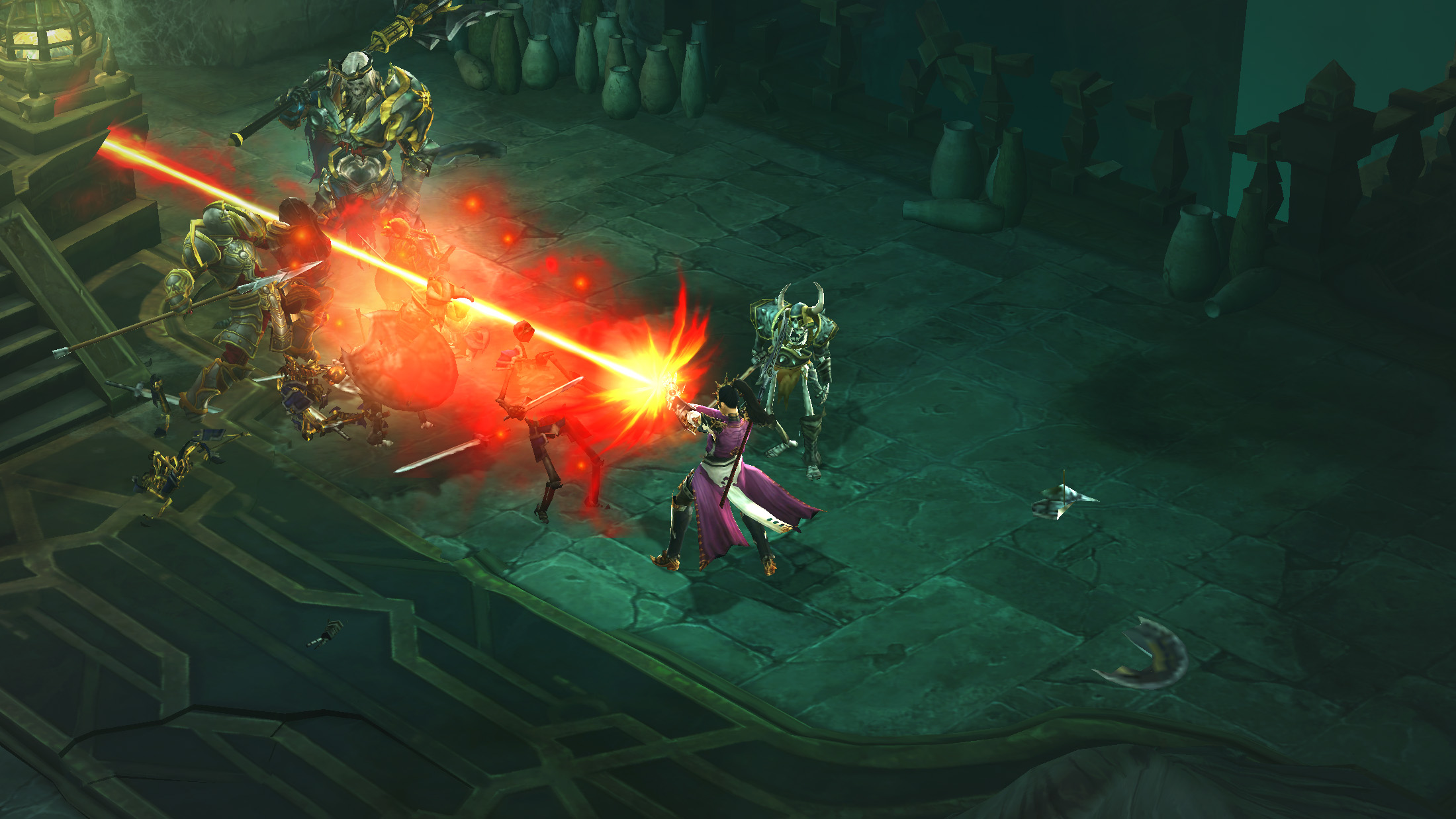 What is the Best Wizard Build in Diablo 3 Season 26

As we mentioned, there’s two S-Tier options for players in Season 27 and both are relatively similar. The options are the Legacy of Dreams Meteor Wizard build, or the Tal Rasha Meteor Build.

The LoD version is a little bit stronger but is more difficult to master. The Tal Rasha build is also one of the game’s Haedrig’s Gift sets this season.

For us, the LoD version is the better option, but if you’re not feeling as confident, opt for the Tal Rasha build.

Keep reading, we’ll explain everything you need to set up your Legacy of Dreams Meteor Wizard build, including your gear, active skills, passive skills and more. 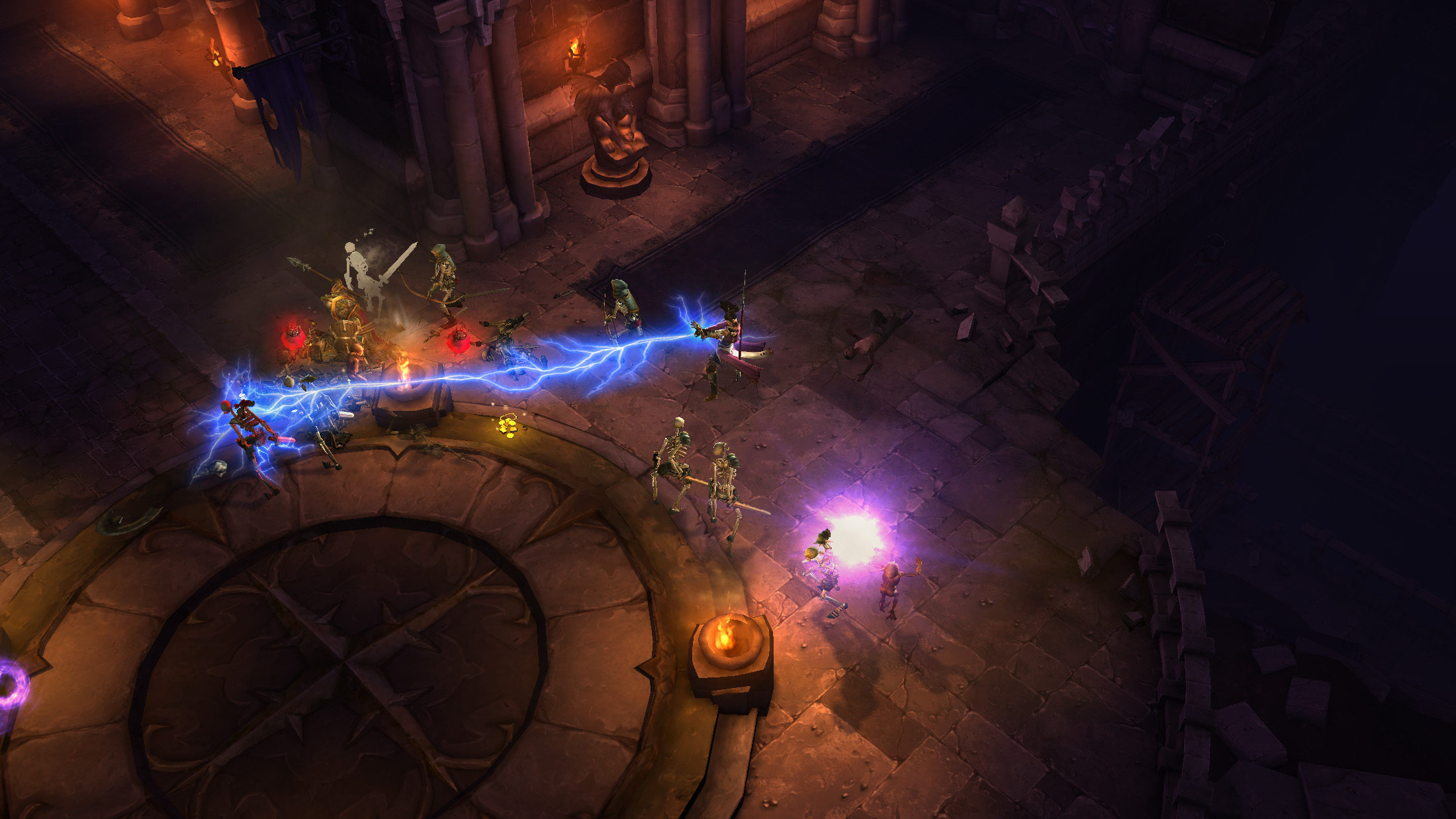 Since we’re going to be using the Legacy of Dreams Gem, we don’t need to worry about set bonuses with this build.

This means that every legendary item you have equipped increases your damage dealt by 3.75% and reduces your damage taken by 2% – despite not having any set bonuses equipped. This also goes without saying but you do not want to have more than one set item, as the set bonus will nullify the LoD gem.

Below you’ll find a list of the best items worth selecting in Season 27 for this Wizard build. If you follow the links in the table you’ll also be able to take a closer look at the item stats on the official Diablo 3 website.

The table below will give you a run-through of the best options for the Kanai’s Cube slots when assembling your Wizard build. 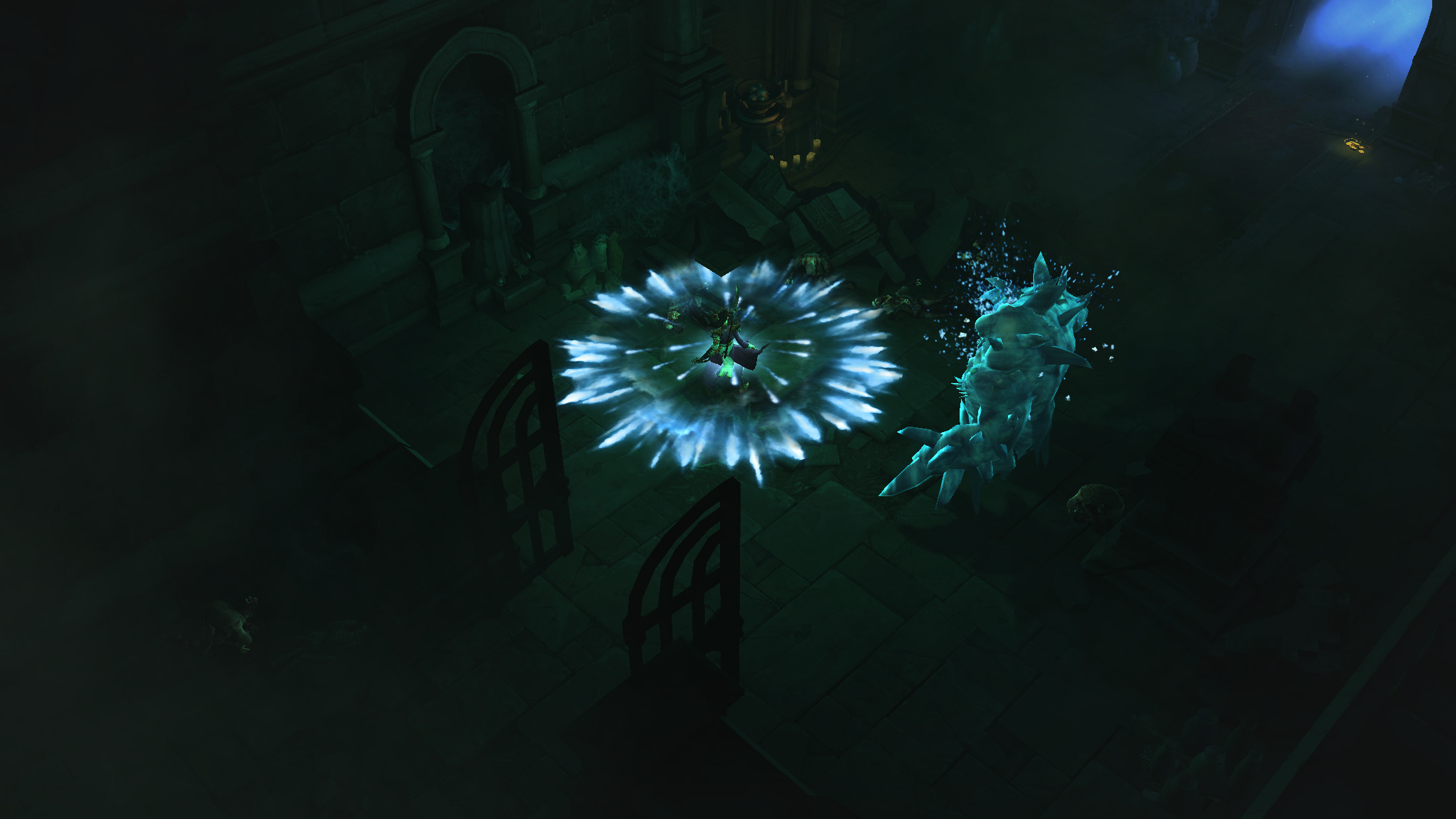 The table below will give you a run-through of the best active skills to choose from when assembling your Wizard build.

The table below will give you a run-through of the best passive skills to choose from when assembling your Wizard build. 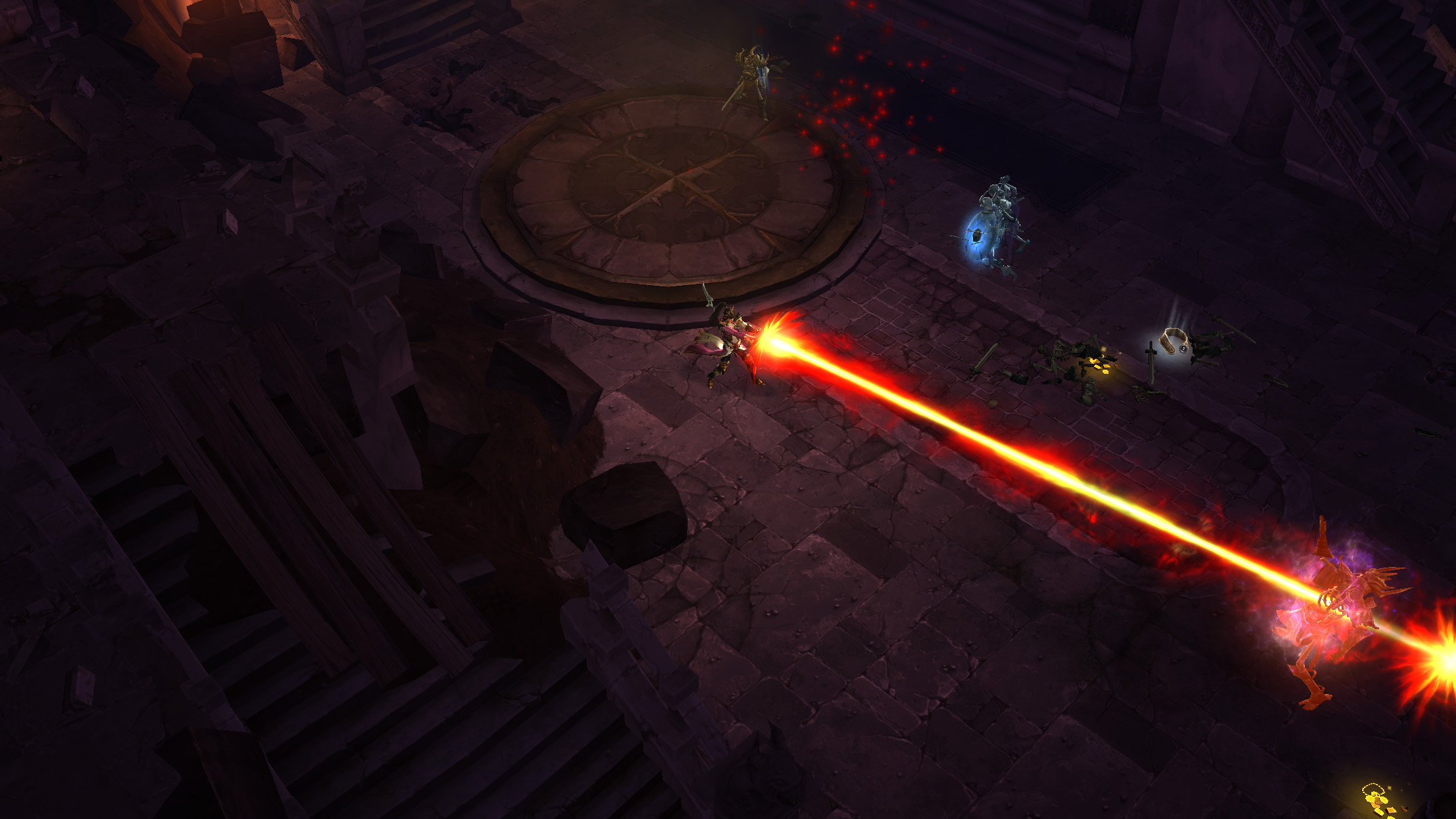 However, it also adds one of three new Sanctified Powers unique to each class. For our Wizard Build, the best power to opt for is Sanctified Storm Armor. Here’s what it does:

As for which Legendary item we would sanctify, we’d personally opt for the Wizard’s main weapon, The Grand Vizier.

The best follower for your LoD Twister Wizard is the Scoundrel because his increased damage and crit buffs.

Maxroll.gg alternatively suggests using the Enchantress, which technically could be useful when using Prophetic Harmony. If you’re planning to spam abilities, this will be handy for reduced cooldown reduction. Personally, though, we prefer the Scoundrel’s extra damage ability to buff our overall damage.

Keep reading because there’s a video guide just below, and at about 18 minutes in you’ll get a mini-guide on the best way to use the Scoundrel for your Twister Wizard.

As we noted previously there’s two very good S-Tier builds for the Wizard in Season 27, so you could always opt for the Tal Rasha Meteor Build if you fancied it.

The only other viable options for the Wizard in Season 27 are two low-ranking A-Tier builds, both of which are linked just below:

That’s it – everything you need to know about the best Diablo 3 Wizard build for Season 27.