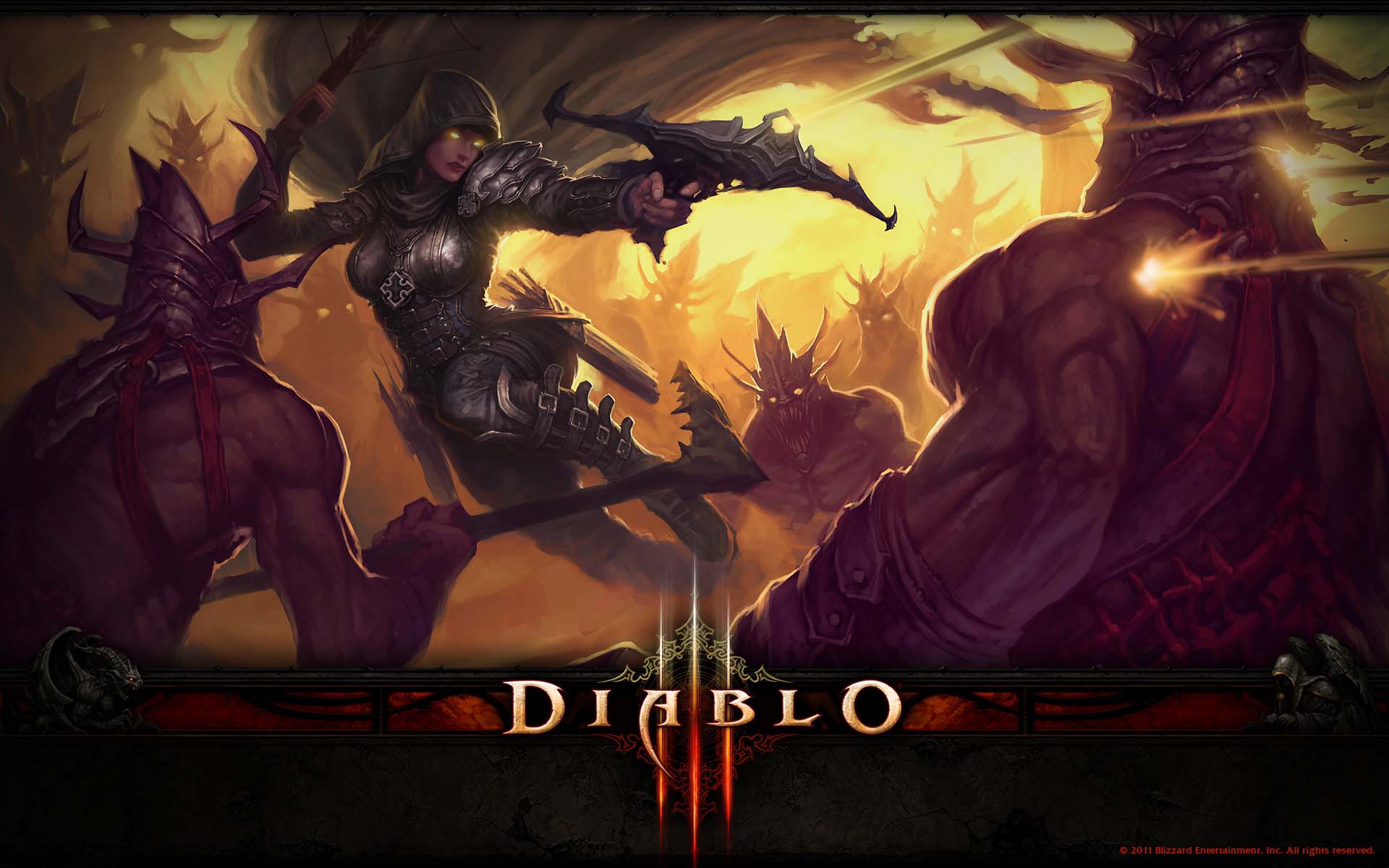 Using the best Diablo 3 Demon Hunter build for Season 27 will be absolutely essential for players wanting to push the limits of what’s possible. The better the build, the better the chance you have of topping the Diablo 3 Leaderboards.

Naturally, with every new season you’ll need to reevaluate which builds are worth sticking with, especially for solo greater rift pushing. Unless you’re seriously not fussed in which case you might as well use whatever playstyle you prefer; or alternatively the Angry Chicken Witch Doctor build because it’s just plain bonkers.

That said, we imagine that if you’re reading this you want to know what Demon Hunter build to run use in the current season. It doesn’t matter if you’re a beginner, or a seasoned pro, it always helps to assess your options before you start levelling up and beginning that new season grind. Especially when new seasonal features like Soul Shards, Ethereal Weapons – and now Sanctified Powers in Season 27 – can massively alter the meta too.

Assuming you’ve read our Diablo 3 Tier List for Season 27, you’ll likely already know the best S Tier builds from the F Tier flops. However, if you read on we’ll take you through everything you need to know to ensure you have the best Demon Hunter build for Solo Greater Rift Pushing in Season 27.

Is The Demon Hunter Good In Diablo 3 Season 27?

Objectively, no. For a number of seasons now the Demon Hunter class hasn’t been the best-represented class in the game.

Despite this, there is at least one S-Tier option to call on in Diablo 3. There’s also a new A-Tier option for those looking to try something a bit different.

Generally speaking though, the gulf in class between the two decent builds and the rest of the Demon Hunter builds is pretty wide. So no, the Demon Hunter isn’t that good in Season 26, but it does have one, maybe two good build you should make use of. 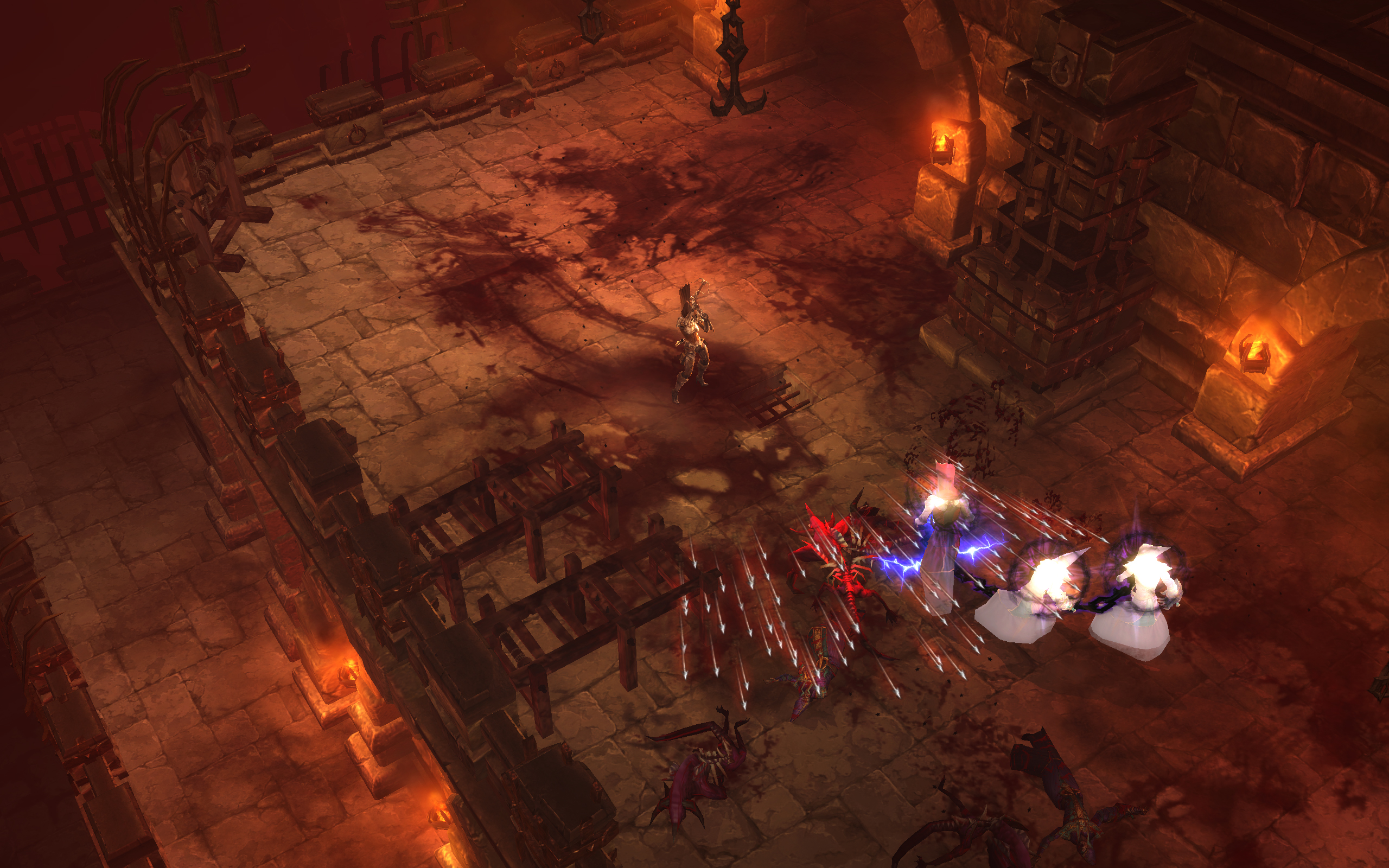 As was the case last season, the best Demon Hunter build for Diablo 3 season 27 is once again the Marauder Sentry Build. It has retained it’s position as a decent S-Tier option, and can be pretty handy in the Echoing Nightmare activity too.

Keep reading, we’ll explain everything you need to set up your Marauder Sentry Demon Hunter, including your gear, active skills, passive skills and more. 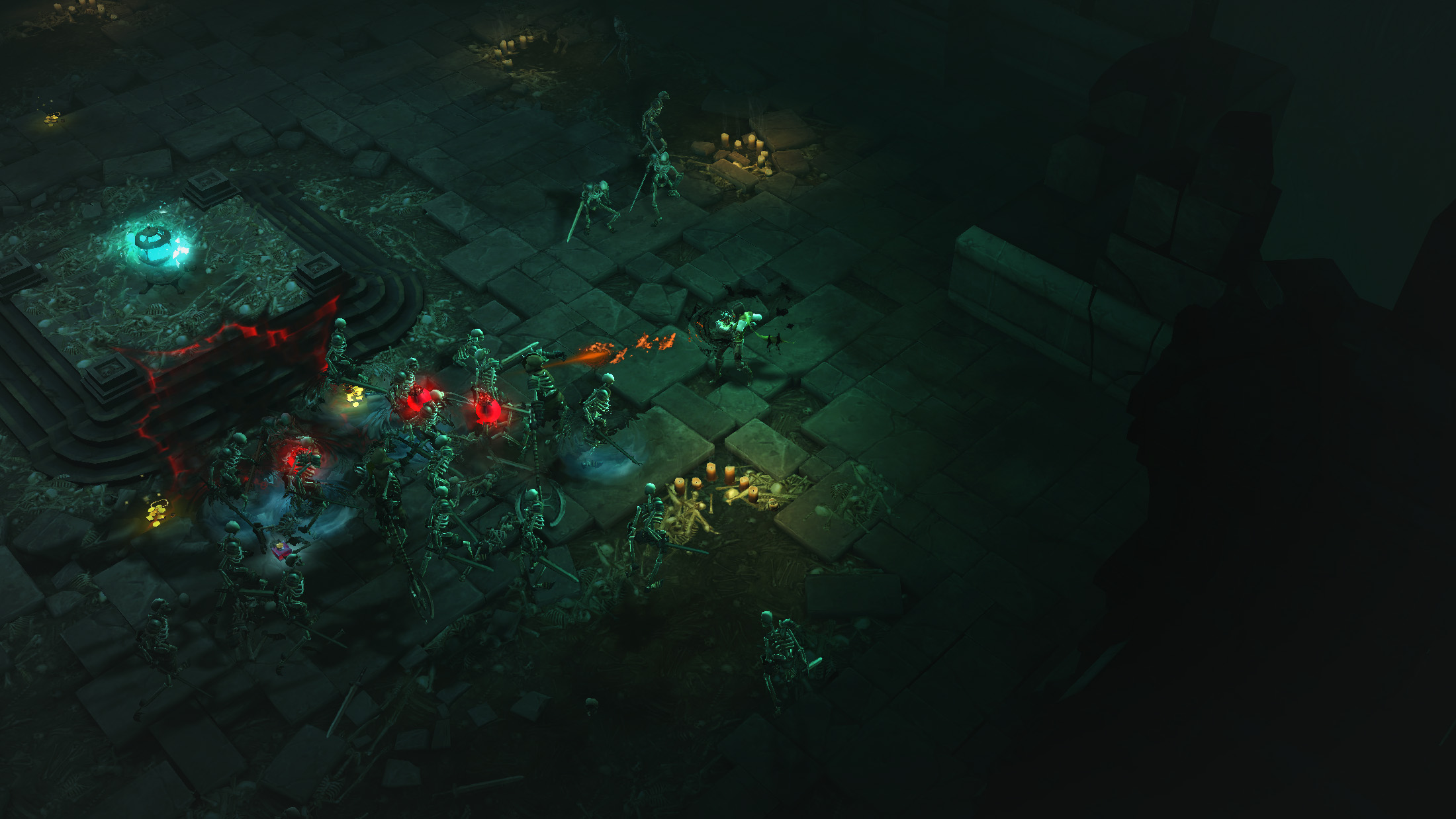 Key to this build is the Embodiment of the Marauder armour set, and the more pieces you have the better the bonus you’ll gain.

Having two pieces in the set has the following bonus “Companion calls all companions to your side”. Having four pieces means that Sentries deal 400% increased damage and cast Elemental Arrow, Chakram, Impale, Multishot, and Cluster Arrow when you do.

Below you’ll find a list with the main items you need for the best Demon Hunter build in Season 26. If you follow the links in the table you’ll also be able to take a closer look at the item stats on the official Diablo 3 website.

The table below will give you a run-through of the best options for the Kanai’s Cube slots when assembling your Demon Hunter Build. 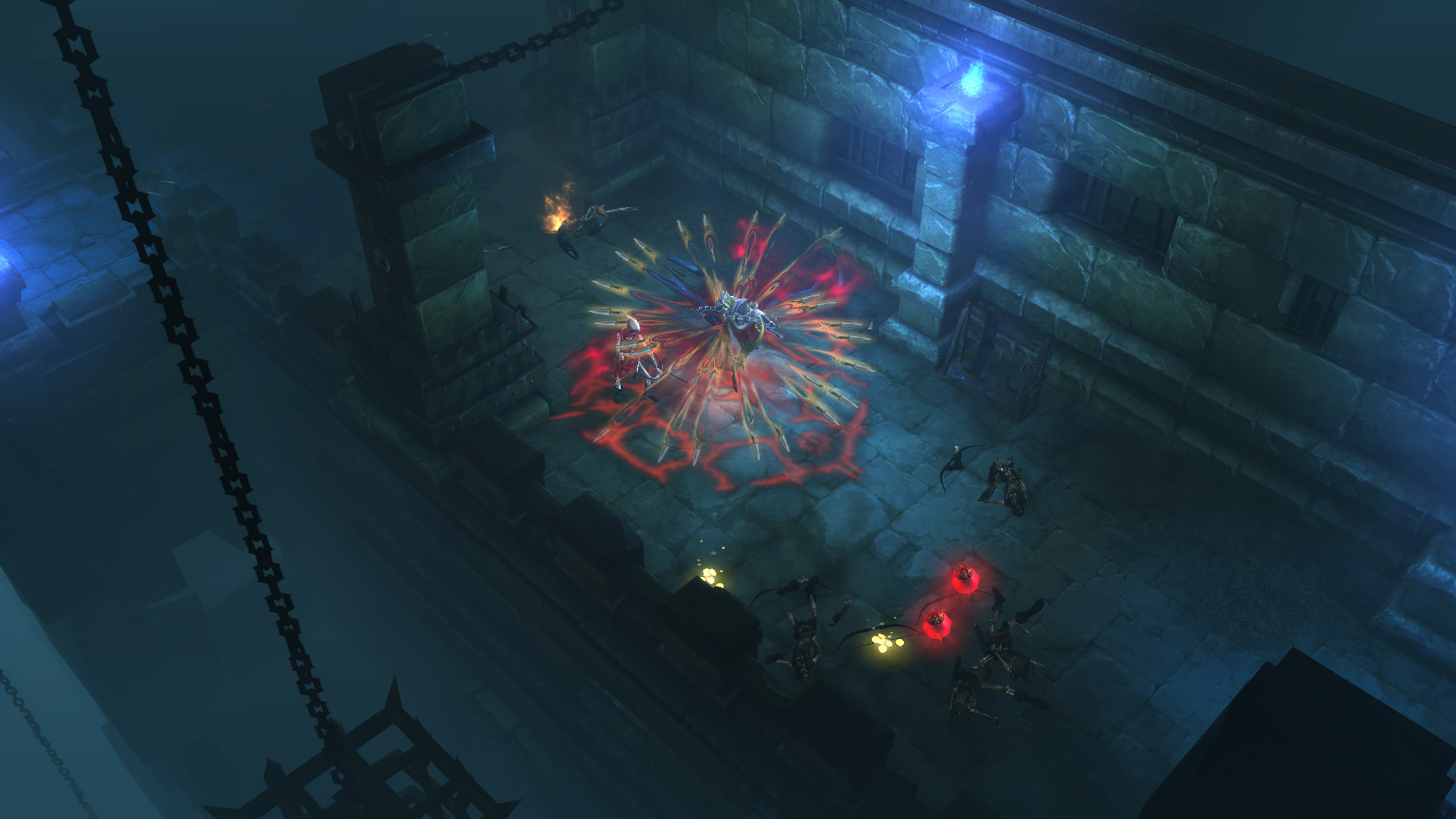 The table below will give you a run-through of the best active skills to choose when assembling your Demon Hunter Build.

The table below will give you a run-through of the best passive skills to choose from when assembling your Demon Hunter Build. 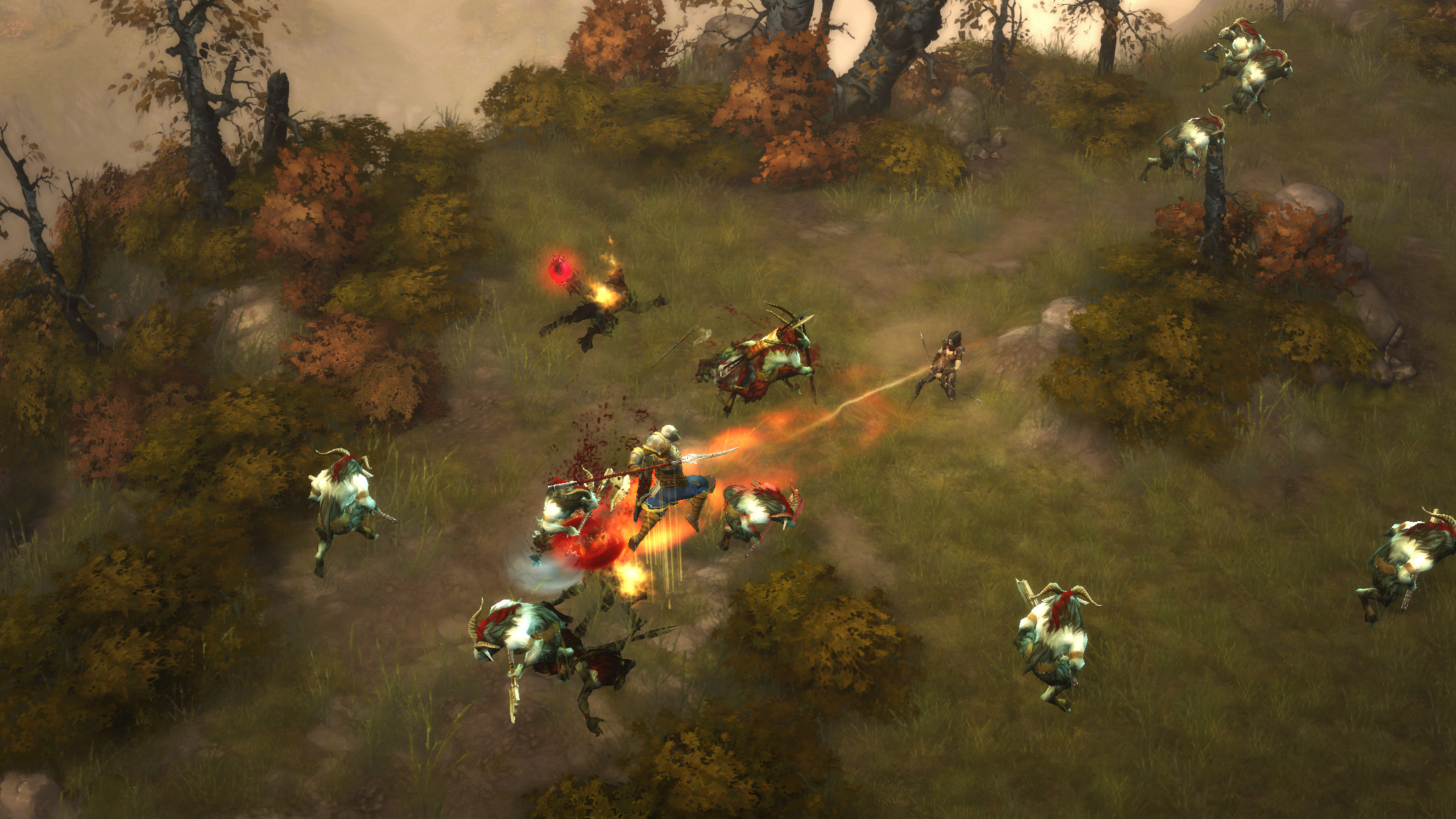 However, it also adds one of three new Sanctified Powers unique to each class. For our Demon Hunter Build, the best power to opt for is Sanctified Cluster Arrow. Here’s what it does:

This Sanctified Power will provide an added buff to our overall damage done. As for which Legendary item we would sanctify, we’d personally opt for the Demon Hunter’s main weapon, the Yang’s Recurve.

Should you feel a bit too squishy (read: too soft or easily-killed) consider using the Templar instead for additional healing – obviously at the expense of your cooldowns.

If you want to get really in-depth we suggest having a watch of the below guide from Diablo expert Rhykker in his Demon Hunter Marauder Sentry build video.

It’s worth noting that whilst the video itself was made for Season 25, the build itself is still the same and relevant today. As such, still well worth a watch and worthy of 10 minutes of your time.

As we noted previously in the guide ther’s only one decent alternative to the Marauder Sentry Build.

The next best Demon Hunter build is the Shadow’s Mantle Impale Build, which has jumped from B-Tier to A-Tier this season thanks to the Strafe Sanctified Power buff.

If you’re dead set on trying something different in Season 27, you can also opt for any of the builds listed below:

That’s it – everything you need to know about the best Diablo 3 Demon Hunter build for Season 27.