Get ready to crush a Hive Ghost!

Say hello to Savathûn, because this witch has wild plans for Destiny 2. The events of this season and the upcoming Witch Queen expansion had been building up with a slow burn, but that all changed thanks to Bungie’s new Destiny 2 Showcase. The company showed off gameplay and information for the upcoming content, as well as when we can expect to get our hands on it. Here’s everything we learned about the Witch Queen and the Season of the Lost. 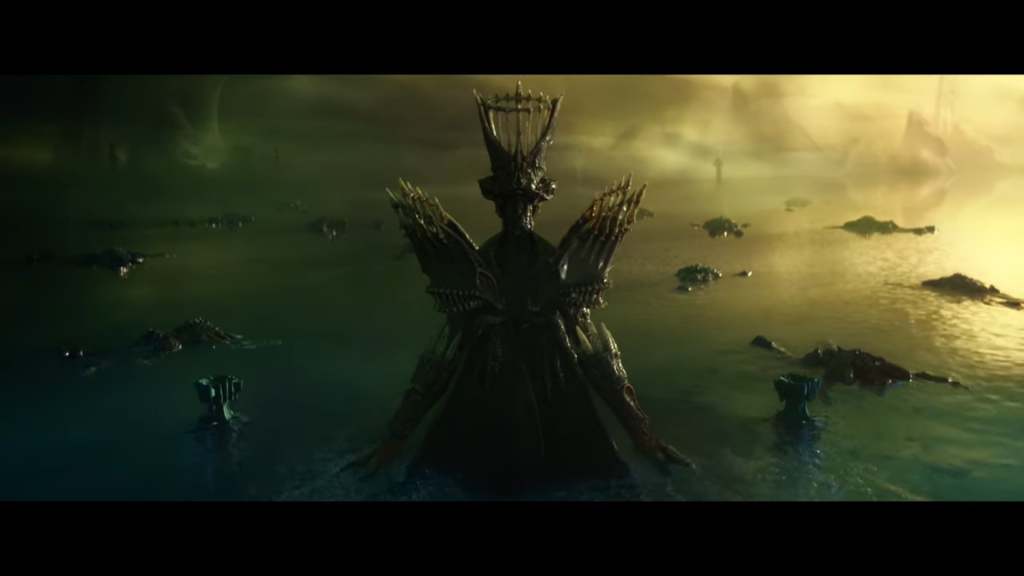 The Witch Queen in her full splendor.

One of the biggest reveals from the Destiny 2 Showcase was the new Witch Queen expansion trailer, where we got a first look at the hive god Savathûn. The expansion will take place on her “throne world,” which she has created in her own image. The regal palace of her throne world rises out of a swampy mire filled with the corpses of dead hive. After the death of her brother, Oryx, Savathûn went into hiding in her throne world and somehow managed to harness the power of light to create an army — a league of evil Hive Guardians, complete with their own Hive Ghosts.

Bungie also announced the expansion that will come after Lightfall — the expansion slated for after The Witch Queen. Dubbed “The Final Shape,” this next expansion will be the last in the Light versus Dark saga of Destiny 2 according to the developers. However, this won’t be the end of Destiny 2’s story, with more expansions and content expected afterwards.

Weapon Crafting Is Coming to Destiny 2

Bungie also showed off a number of new weapons coming to Destiny 2 when The Witch Queen releases. The Glaive is the most unique among them, and not just because it’s a melee weapon. Unlike other melee options, the Glaive is wielded in first person. In addition to stacking combos, the Glaive also has a mid-range energy burst attack. Unlike nearly every other weapon in the game, it also doesn’t drop as loot and can’t be found in chests. Instead, it’s crafted. 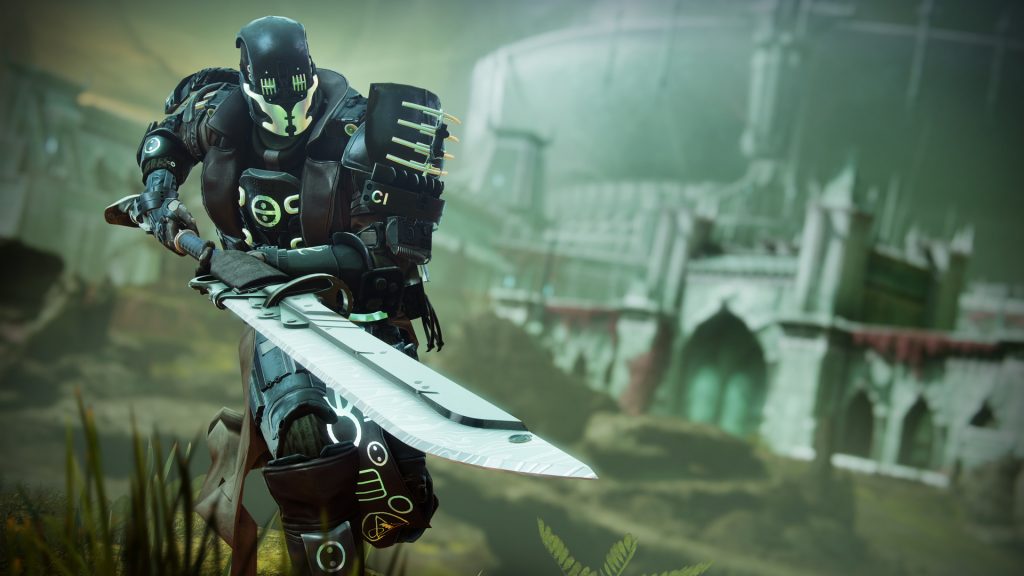 The Glaive is a unique new melee weapon Guardians will be able to craft.

Yes, crafting is coming to Destiny 2. Developers during the showcase said that crafting will be heavily tied to combat progression. The more a player uses a crafted weapon, the more powerful it will become over time. All throne world weapons, new raid weapons, and the season weapons will be fully craftable at The Witch Queen’s launch.

A Legendary Mode Is Being Added To The Campaign

If Destiny 2’s combat hasn’t had you sweating in a while, then you’re in luck. Bungie is adding a legendary difficulty mode to the game when The Witch Queen comes out. Enemies in this mode will deal more damage, and respawning will be heavily restricted. The difficulty will also scale depending on the number of people in your fireteam. Of course, with great risks come great rewards, and players can expect better loot while in legendary mode.

Season of the Lost: What’s Been Added

In addition to the expansion, Season of the Lost officially kicked off today and will run until February 22, 2022. The season is serving as a prelude to The Witch Queen and focuses on the Awoken Queen Mara returning to the Dreaming City. Guardians will use the Wayfinder’s Compass to aid them as they search for Mara’s lost covenant of “Techeun” witches across the Ascendant Plane. 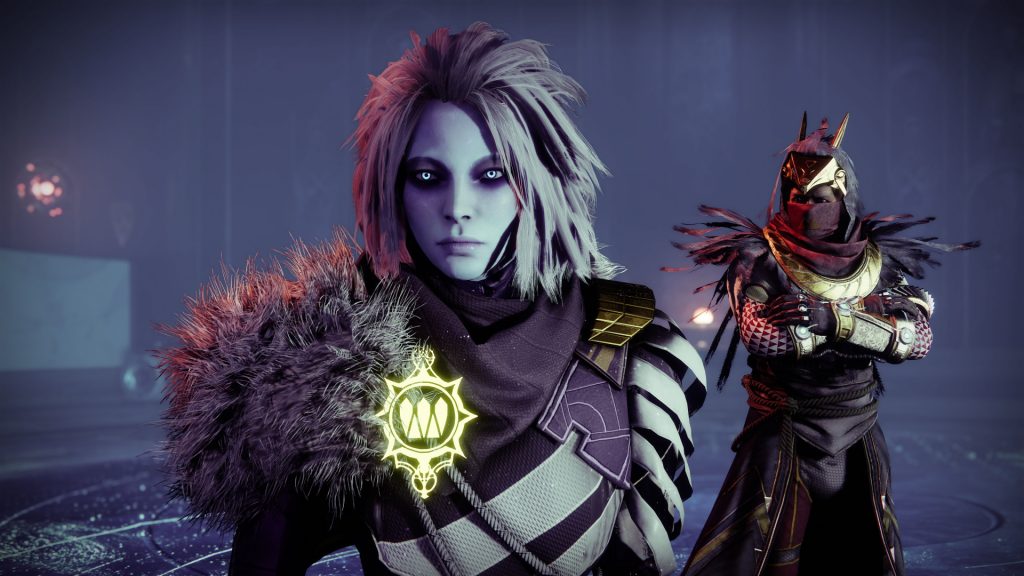 Season of the Lost returns Mara Sov to the forefront of Destiny 2’s storyline.

Season of the Lost will feature a new exotic quest, Ager’s Scepter, along with a plethora of new stasis weapons. There’s also some substantial quality-of-life updates that have been added with this new season. First, Bungie has teamed up with Battleye to give Destiny 2 a robust anti-cheat system. Crossplay has also been added, allowing for players across devices to create fireteams, as well as for solo queue players to automatically fill their teams with players from any platform.

The rewards system for Trials of Osiris has also been tweaked slightly. Instead of granting prizes for winning entire games, Trials will now reward players for winning individual rounds. Players will still need to complete a full game to receive these rewards, but the loot pool should be easier to take a slice of now. 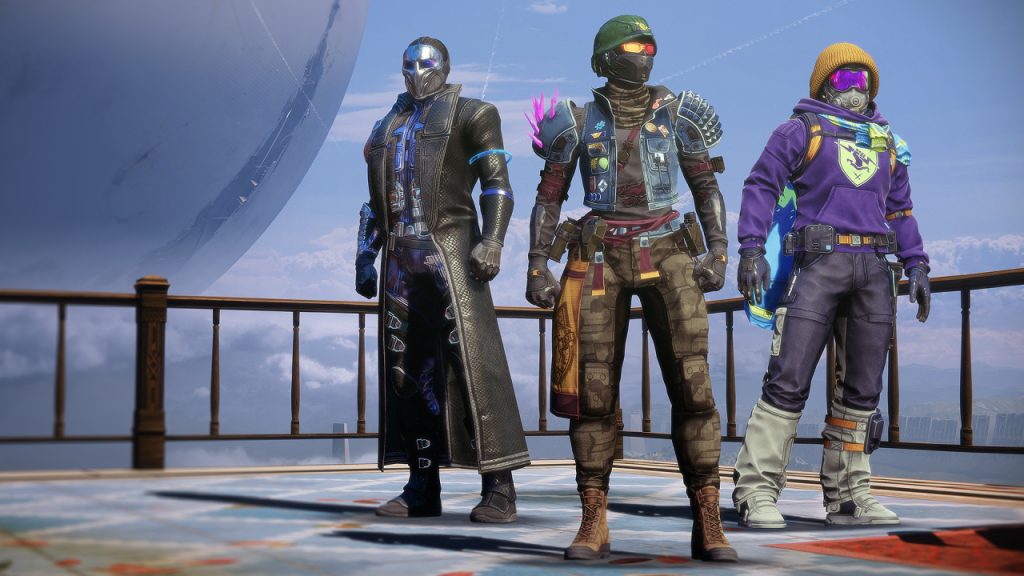 The 30th anniversary celebrations will have plenty of fun outfits for Guardians to unlock.

Bungie is also celebrating its 30th anniversary this year, and the development team is bringing the party to Destiny 2. Starting later this year, an anniversary event will be hosted in the game that is free for all players. A new six-person matchmade activity called Dares of Eternity will be added during the event. There will also be a 30th anniversary pack that will include a three-person, treasure themed dungeon.

The pack also includes the infamous Gjallarhorn, which is making its debut in Destiny 2 when the pack releases in December.

Bungie also teased that another classic dungeon from Destiny 1 is being remastered and will be free to all players. The deluxe edition of The Witch Queen will also include two new dungeons spread over 2022 for players to explore. In total, that means there will be a new dungeon experience every three months in 2022. There will also be a new legacy rotations system, where raids and other content — both new and old —  will be cycled on a weekly basis for players to explore.

Players won’t have to wait too long to jump into The Witch Queen. Bungie is releasing the latest expansion on February 22, 2022. This date coincided with the end of the Season of the Lost, giving players a solid chunk of time to check out all this season has to offer. 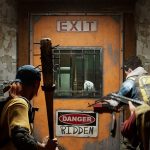 Back 4 Blood: The Co-op Zombie Shooter Crawls From The Grave