Is Springtrap Coming To Dead By Daylight? It seems like for the longest time a portion of the fanbase has been asking this question, dreaming of concepts and attempting to wish the chapter into existence. There’s even been a petition (that gained close to 70,000 signatures) to show the devs how much the community wanted a Five Nights at Freddy’s and Dead by Daylight chapter. More recently the question became so frustrating (read: toxic) that the mods on the deadbydaylight subreddit had to actually ban Five Nights at Freddy’s as a topic. Of course, part of the issue stemmed from the comments surrounding politics and the FNAF creator, but frankly, that’s a whole can of worms we don’t want to open right here, so we’ll just focus on the original question. Read on, we’ll do our best to explain everything (and anything) there is to know about a FNAF Chapter in Dead By Daylight.

What have the developers said about a FNAF Chapter?

From what we can see, almost nothing. From a quick search, it seems the only time FNAF has been mentioned by the Behavior Interactive team was during a Dead by Daylight Developer Stream in 2018. Even then, it’s hardly the most convincing evidence that Springtrap or FNAF would be added.

But that’s about it.

Of course, there’s obviously a chance Springtrap could be introduced as part of Dead by Daylight’s 6th Anniversary celebrations, but right now, there’s certainly no evidence to suggest it’s actually happening. 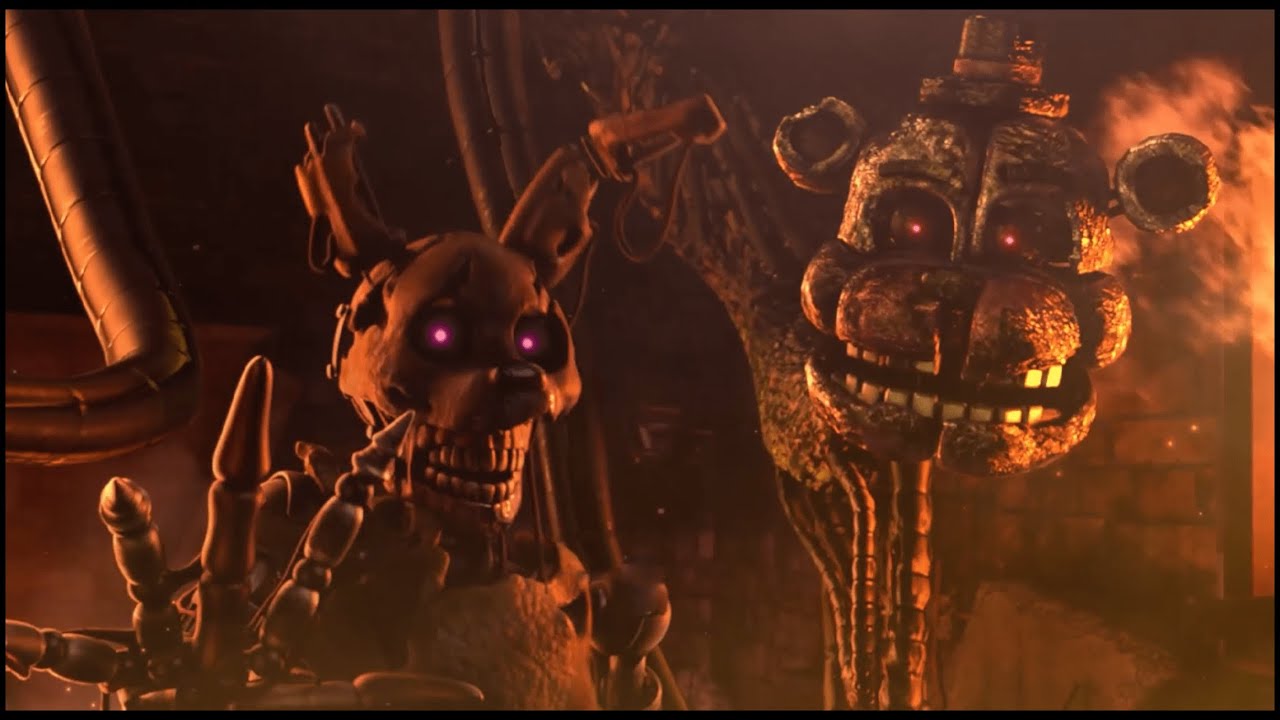 Or, rather, the complete lack thereof.

Although the developers and creatives behind Dead By Daylight have often teased fans plenty with potential licensed killers, such as Candyman, the amount of teasers for Springtrap are almost non-existent from what we can tell.

Most, if any, seem to rely on mental gymnastics to explain how even the smallest image/word/blury shape must of course be the latest clue.

More recently some fans were convinced that a DBD teaser was pointing towards FNAF, because of the ’87’ but this merely turned out to be for Hellraiser. So, even today, we’ve not really had any clues or teasers which we could accurately suggest Springtrap or FNAF is in the works.

So uh, Hellraiser was released in 1987. But then… one of FNAF's central plot points was "The Bite of '87"… so… the debate continues?

(I think it's Hellraiser tbh) https://t.co/n17RfEhbQa

Since you’ve read all this way the least we can do is show you a pretty decent concept of how Springtrap from Five Nights At Freddy’s could look if it was included in Dead By Daylight.

The below video shows a (very good) fan-made concept created by Rarithlynx, an indie game developer and content creator on Youtube.

That’s everything you need to know about Springtrap in Dead By Daylight. However, if you’re looking for more DBD guides then follow the links below for more helpful tips, tricks and explainers.