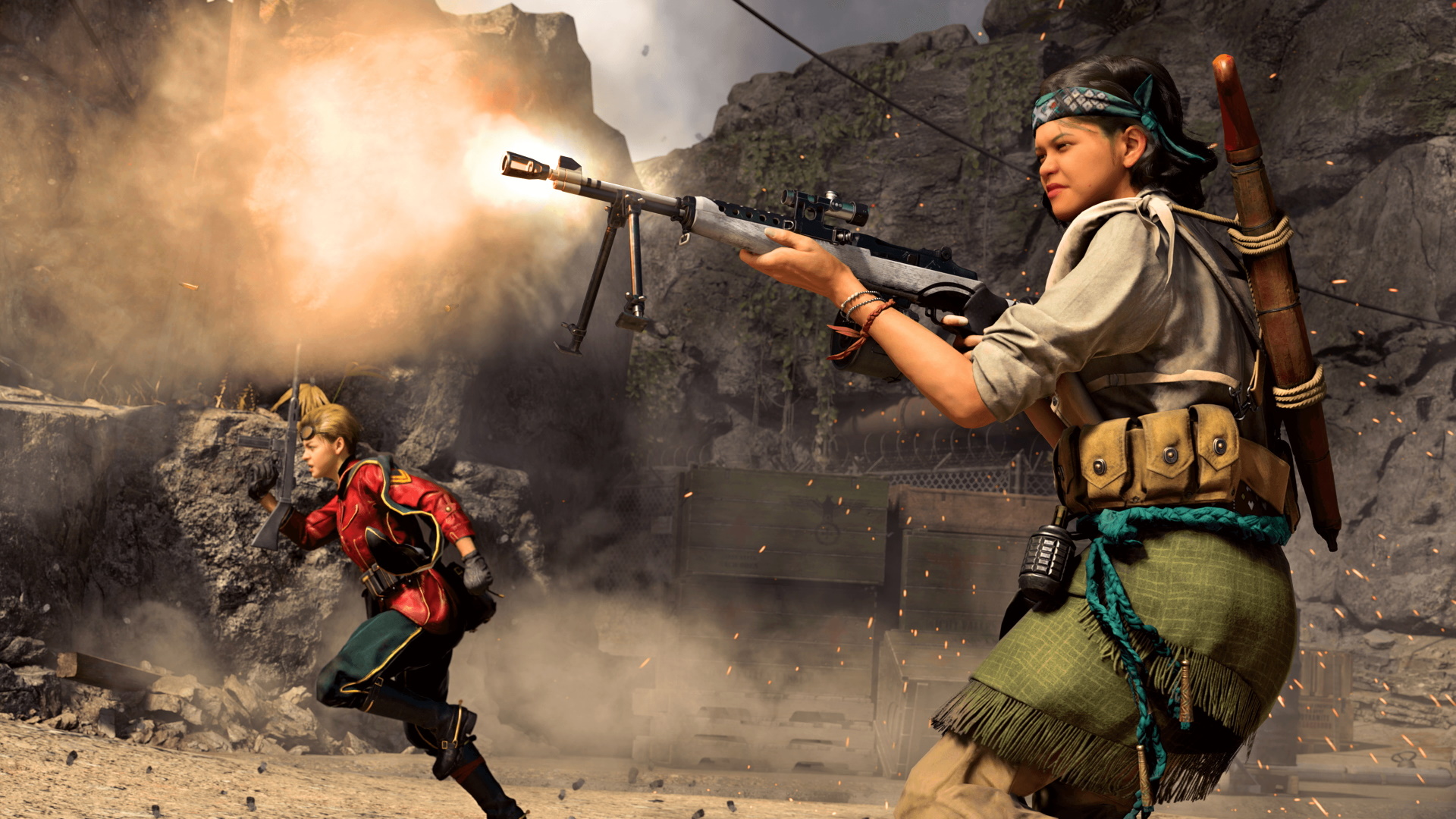 The first season of Call of Duty: Vanguard and Warzone Pacific is coming to a close, leaving players wondering what’s next for the games. While Activision has been relatively quiet on what Season 2 will hold, leakers and data miners have filled in some key gaps. Based on this information, players may have a lot to look forward to. Here are all the operators, maps, weapons, and new additions potentially coming to Vanguard and Warzone Pacific in Season 2. 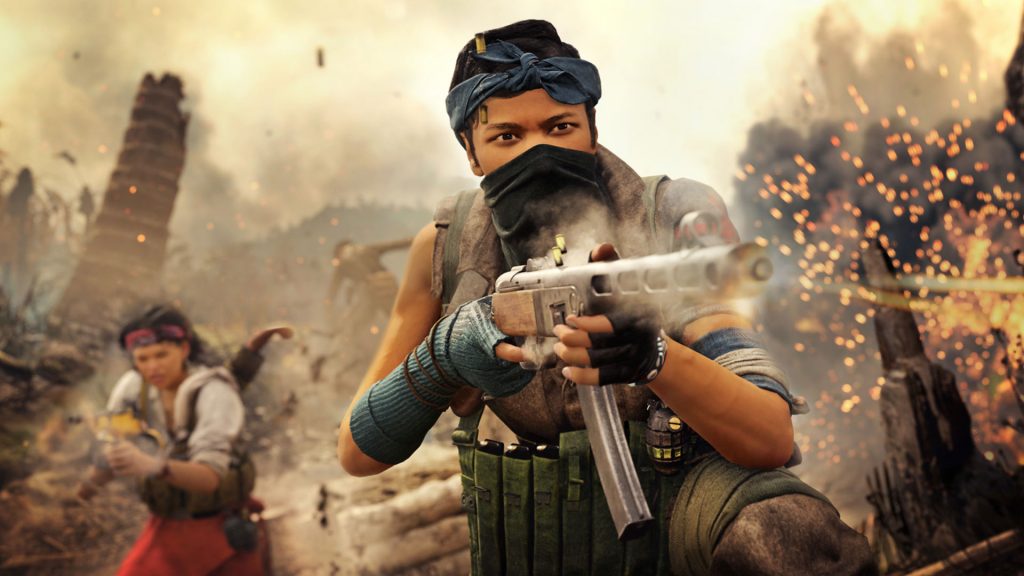 Official details on Season 2 are scarce, but leakers have already begun to piece together what could be coming.

According to a cohort of leakers, players can expect a new squadron of three playable operators to enter Vanguard and Warzone Pacific in Season 2. Leakers Zesty, Nanikos, and Hydra— came together to release a now-deleted Imgur album detailing this new squadron. The squadron is rumored to be called S.O.T.F. and represented by a diamond sigil sporting a Yeti. JulesLeaks, a leak aggregator, later posted some of the taken down photos of these new operators.

Here’s what we know about these three new operators:

These operators, if real, will most likely be a part of Season 2’s battle pass.

A New Map and Gametypes May Be Coming to Vanguard 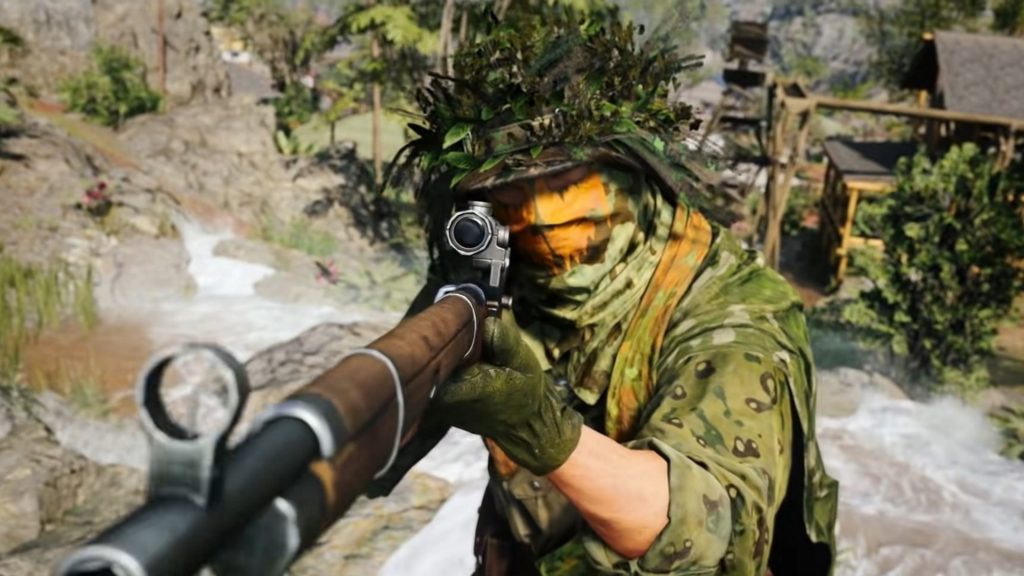 Early leaks point towards a new Vanguard map set in the Alps.

Zesty has also teased the potential for a new Vanguard map. In a recent tweet, they showcased a work-in-progress map layout. The actual image of the map has since been deleted thanks to a copyright claim from Activision. Luckily, a Redditor managed to snag the image before it was taken down. It appears that this map is set in the Alps, and Zesty believes it will be for the seemingly forgotten Ground War game type.

There have been a few iterations of Ground War, but it’s looking like Vanguard’s version will fall in line with the type seen in Modern Warfare. In that, teams with large numbers of players would fight to capture flags around an expansive map.

Nanikos also believes that Gunfight will return to Vanguard in Season 2. In Gunfight, two teams of two work to kill each other in just 40 seconds. If both teams fail at that, an overtime flag appears for an additional 10 seconds. If neither team captures the flag, whichever one has the highest health pool wins the round. The first team to reach six wins takes the game.

While leakers have been generous on many fronts, we still don’t know the full breadth of how many guns will be added in Vanguard Season 2. However, a few weapon details have trickled in. Here are the weapons that have been leaked and may be included:

Another Attack On Titan Skin May Be Coming 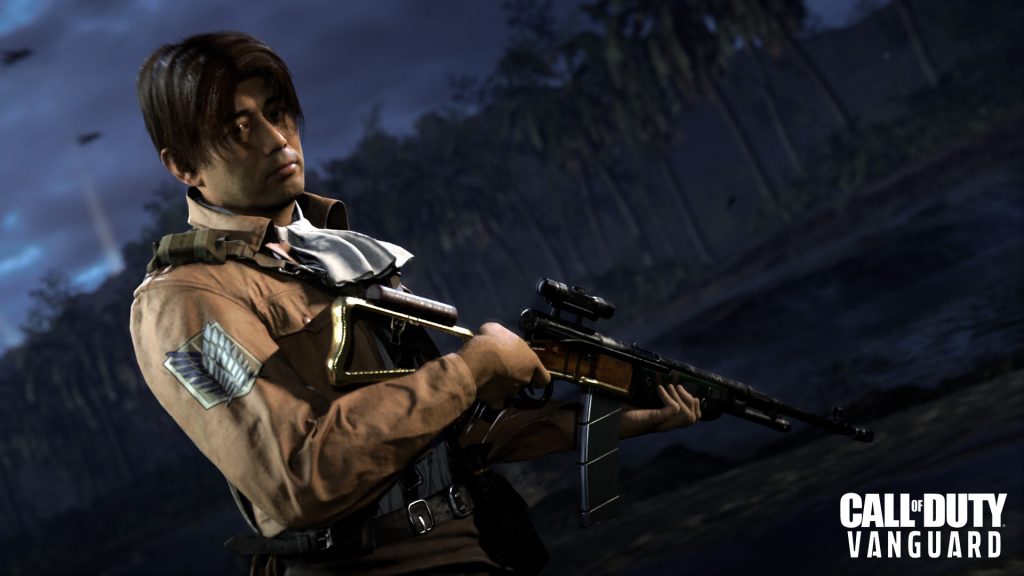 Attack on Titan could be making a comeback, with titans at large…

Warzone has seen a fair number of crossovers, with the latest tying the shooter to the anime and manga, Attack on Titan. Activision released an Attack on Titan bundle on January 20. The bundle currently includes a number of legendary weapon blueprints, a charm, and even a potato sticker. But the real prize in this bundle is the Survey Corps skin for operator Daniel Yatsu.

Of course, why have a member of The Survey Corps if there are no Titans for them to defeat? Enter Hydra— once again. Recently, they posted a video that shows what appears to be an Armored Titan wielding a gun. It’s unclear if this Armored Titan is just a skin for an existing operator or its own unique operator.

Nanikos chimed in to suggest that the skin could be its own operator. Of course, there’s no confirmation on whether it officially exists at all. If it does, Season 2 would be the perfect time for Activision to drop it.

Originally, Vanguard and Warzone Pacific’s second season was set to release on February 2. However, with Vanguard players experiencing a number of issues affecting multiple areas of gameplay, Activision has decided to push Season 2 back for both games. It’s now set to release on February 14. Hopefully, the extra two weeks give them time to iron out kinks in both games and start Season 2 on the right footing.

Read More: Destiny 2: Everything Confirmed For The Witch Queen

The Witch Queen is set to release on February 2, 2022. Not only will this next chapter expand heavily on the game’s storyline, it’s also set to include a number of additions like new weapons and crafting systems.