Call of Duty’s Valentine’s Day gift was a good one this year. Instead of sending players flowers and chocolates, it dropped Season 2 for Vanguard and Warzone. Each game has received a pile of new content, as well as a handful of new operators and weapons that carry over between the two games.

Zombies also got a facelift, with plenty of new additions to make the mode worth another play. Here’s everything you need to know about what’s been added in Call of Duty Vanguard and Warzone Season 2. 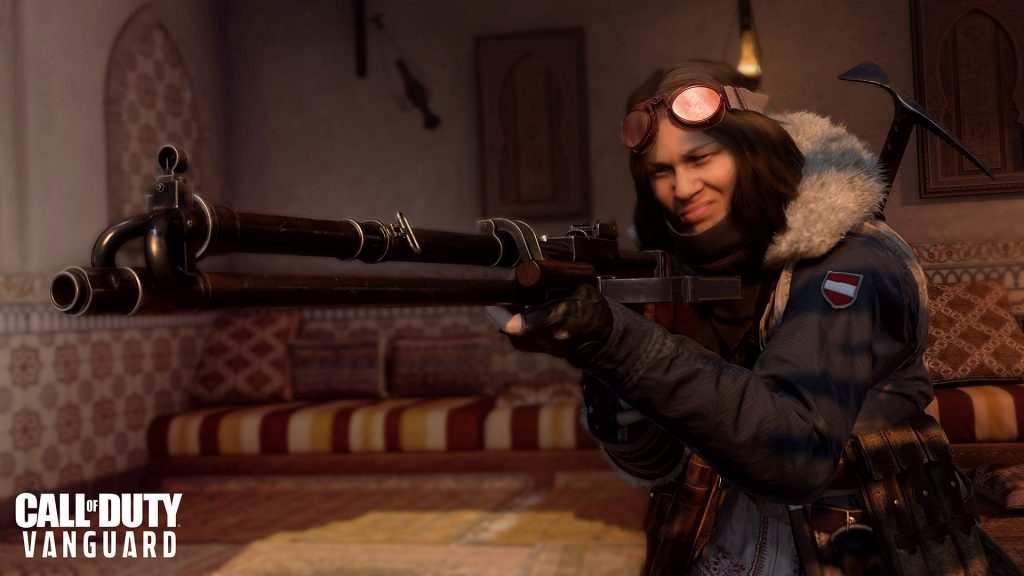 Anna Drake is one of three new operators coming in Season 2.

Season 2’s cinematic trailer introduced us to the latest group of allies to join Vanguard and Warzone: Task Force Yeti. Task Force Yeti has three members, each of which will be playable this season. Here’s what you need to know about each operator, as well as how to get them: 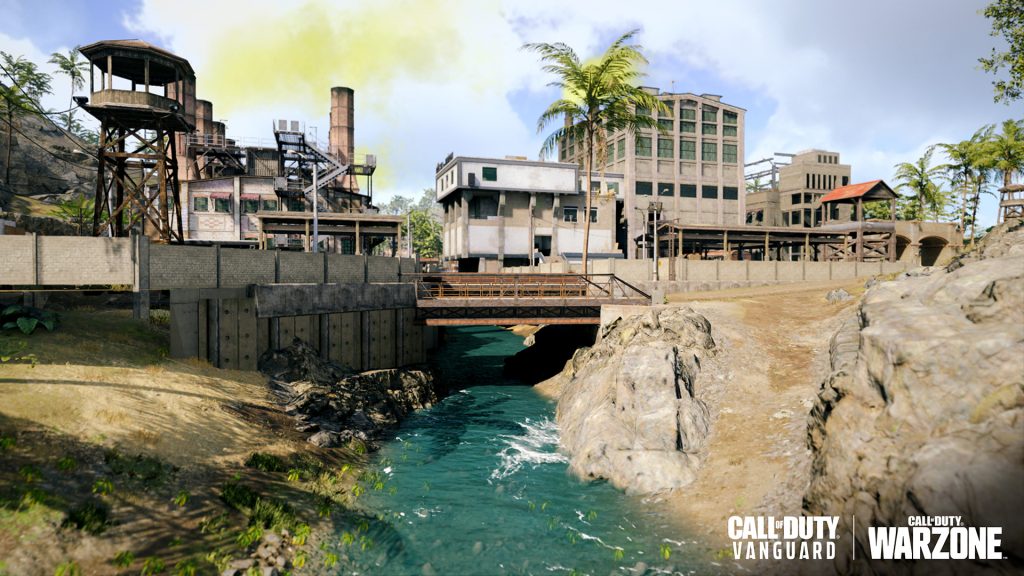 The Chemical Factory is easily visible, but you’ll need to hunt underground for the new Research Labs.

For Warzone Season 2, we’re getting two new locations right off the bat, with a third one being teased. What sets these new points of interest apart from previous ones is that they are patrolled by Axis soldiers who are more than willing to pick a fight with your squad.

The Chemical Factory is located in the F1 and F2 quadrants of the Tac Map. It’s a sprawling complex with a few major structures including a railyard and a handful of smaller buildings. The main draw of this location is the factory itself. Inside, players can find rare loot like the newly added Nebula V items. There are also control rooms situated above the factory floors. In them, players can activate a control panel to dispense Nebula V gas on the floor, wiping out any squad unfortunate enough to be present.

The other new locations currently in the game are called Research Labs. Similar to the bunkers of Verdansk, Research Labs can be found underground with a little bit of sleuthing. Seven yellow circles will be present on your Tac Map, giving you the approximate location of these Labs. Research Labs are also said to contain rare items like the new Nebula V gear. But you’ll have to be careful: Research Labs only have one entrance/exit each and their hallways are roamed by Axis soldiers.

The shorter, more contained version of Warzone known as Rebirth is also set for a makeover midseason. We don’t know much yet, but Activision has teased that Rebirth, in addition to hosting a standard battle royale mode, will also see its map added as a part of the larger Caldera map in Warzone’s Season 2. It’ll be a new location called Rebirth Reinforced. 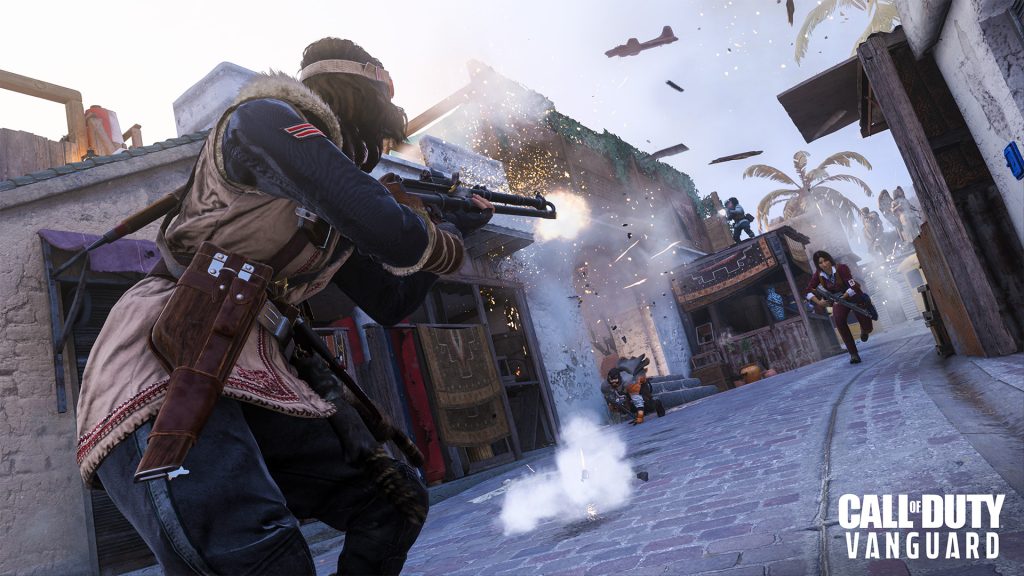 Two new multiplayer maps have been added to Vanguard: Gondola and Casablanca.

Casablanca, true to its name, is a map set in Morocco. It’s a medium-sized map comprising three main lanes that allow for a mix of short and medium-range play, with some wiggle room for long-range guns. There’s also a decent mix of verticality in this map, allowing for some surprise plays.

Gondola is also a medium-sized map with three lanes. It features a Gondola lift that players can ride across the map. Like Casablanca, Gondola also offers a mix of short, medium, and long-range encounters. 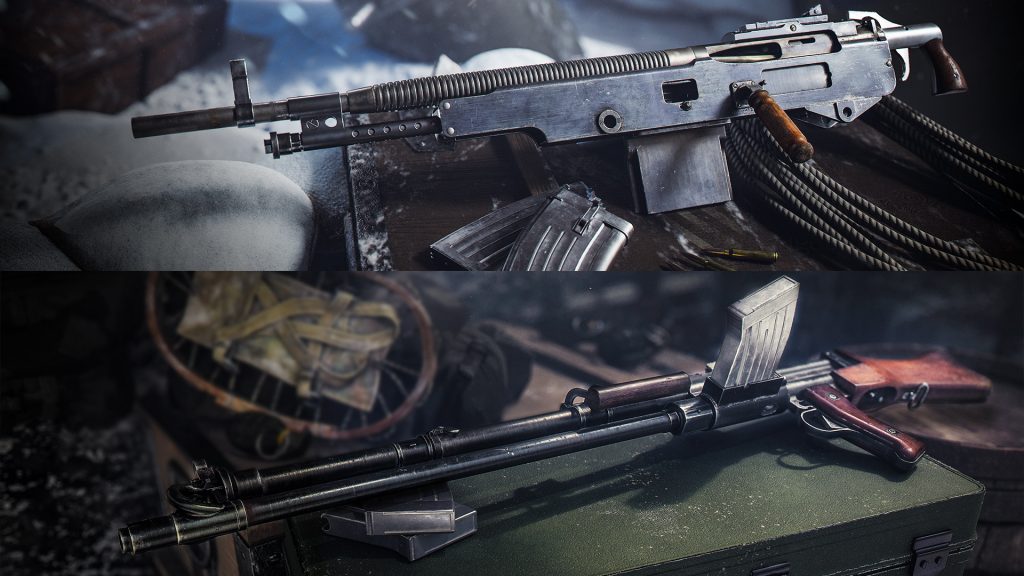 New guns and modes are coming to both Warzone and Vanguard.

In addition to new locations and maps, there are two new game modes coming to both Vanguard and Warzone. Vanguard players, however, will have to wait a bit. The official Ranked Play mode for Vanguard will launch later this season when the 2022 Call of Duty League season commences.

There will also be an Arms Race mode wherein players race each other to earn kills and level up their arsenal. Except, instead of switching guns with each kill, it’s looking like players will instead switch between motorcycles, tanks, and other vehicles.

For Warzone, players can hop into one of the two new modes right now. Caldera Clash is a team fight mode with two teams of 48 operators each. The teams are further divided into four squads. Players can drop in with their own loadout, and earn points by getting kills. The first team to reach the point threshold wins.

The second Warzone mode will drop later this season and is being billed as a mode designed for expert players. Called Rebirth Iron Trials, the mode is being developed by Beenox and is based on Raven’s Iron Trials 1984.

Iron Trials basically made every aspect of Warzone a bit harder. Loadouts weren’t free, the circle collapsed faster, and stations were more expensive — you get the idea. 20 teams of two each will drop into Rebirth Iron Trials, and a dub will earn you a unique Animated calling card.

Warzone is also getting a special event called Search and Deploy. While the event has technically started, the bulk of it will be rolled out over the coming weeks in several phases. The event is said to center around Operators discovering and needing to infiltrate the source of Nebula V production on Caldera.

Players can use Nebula V ammo and bombs against opponents, and also use Portable Decontamination Stations to shelter from the gas. Both the ammo and gas cause players to have blurred vision, cough, and take a small amount of damage over time. Right now, Caldera Clash mode, the Chemical Factory, Research Labs, Axis soldiers, and the Nebula V gas items are all said to be a part of the event. 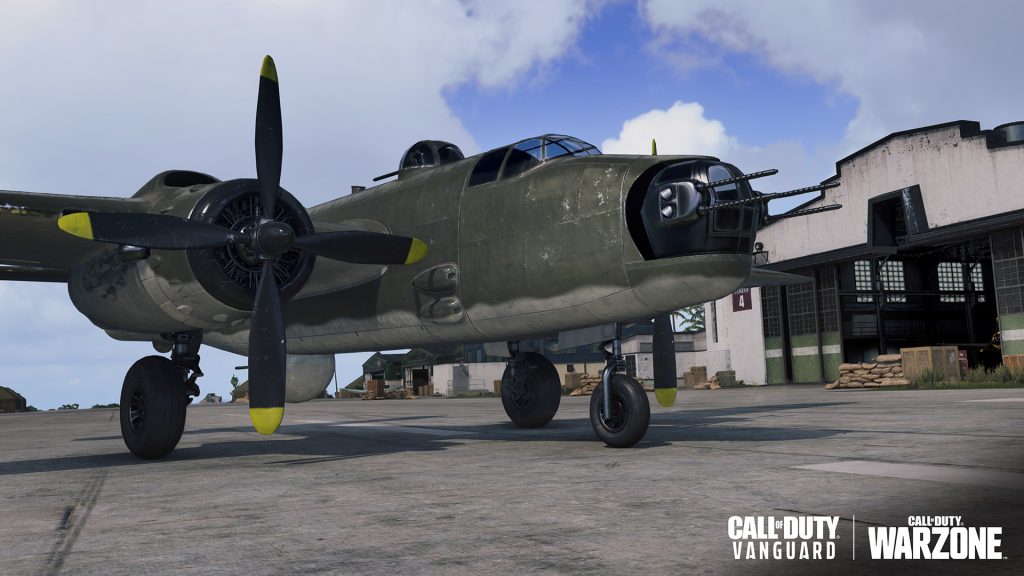 Both Vanguard and Warzone are getting new transportation methods, though Vanguard players will once again have to wait a bit longer. Warzone players can now use the Bomber airplane which can house multiple squad members. It’s capable of dropping a series of bombs over enemies and can take out loadout drops.

Warzone players are also getting Armored Transports later this season. Expect to see Axis soldiers driving them around the map. These transports contain big loot caches and will show up on Tac Maps when they are present. It’s unclear yet if players will be able to commandeer them. Later on this season, Vanguard players will also get a new Jeep in multiplayer called the Gamma.

On the weapon side of things, two new guns are available in both Vanguard and Warzone, with another two on the way. The KG M40 is a devastating assault rifle with high damage and accuracy. It’s available for free at Tier 15 of the Season 2 battle pass. The Whitley light machine gun also features high damage, and it can be unlocked for free at Tier 31. The Ice Axe is a standard melee weapon that is due to be made available mid-season. Lastly, there is the Armaguerra 43 sub-machine gun. It has a high rate of fire and is expected to release mid-season.

Zombies Are Getting a Facelift Too 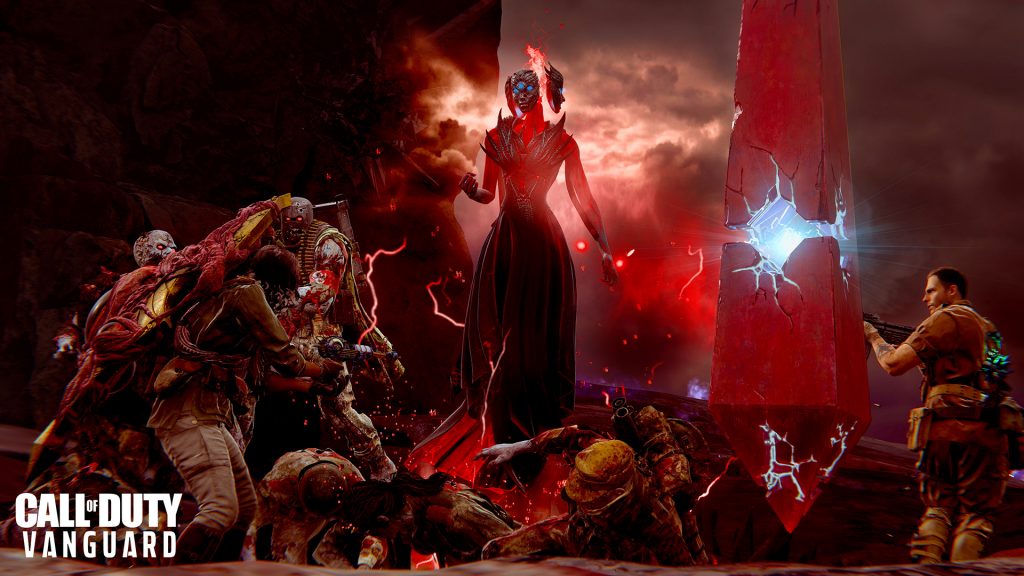 Finally, Zombies players are getting a fresh chunk of undead content.

Zombies weren’t left out of the fray either, receiving a substantial amount of content. There’s a new map, Terra Maledicta, set in the Eastern Desert of Egypt. There are also three new arenas: Corrupted Lands, Eastern Desert, and Hall of Truth.

Two new(ish) wonder weapons have been added. The Decimator Shield offers both protection and a decimation blast ability, while we also see the return of the old and trusty Ray Gun.

There’s even a new enemy to use these weapons on, Zaballa the Deceiver, as well as a new story quest, easter egg, and sacrifice objective. To top it all off, there’s a new ability called Artifact Ward that has a chance to activate your Artifact for free when you receive a melee blow to the back. 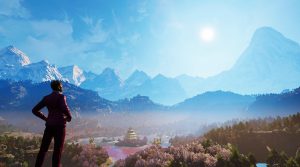 In this next villainous chunk of Far Cry 6 DLC, you actually play as Min himself. The DLC may be a bit challenging for players unfamiliar with the newly introduced systems, but it’s well worth playing.