Start here on your way to Onyx. 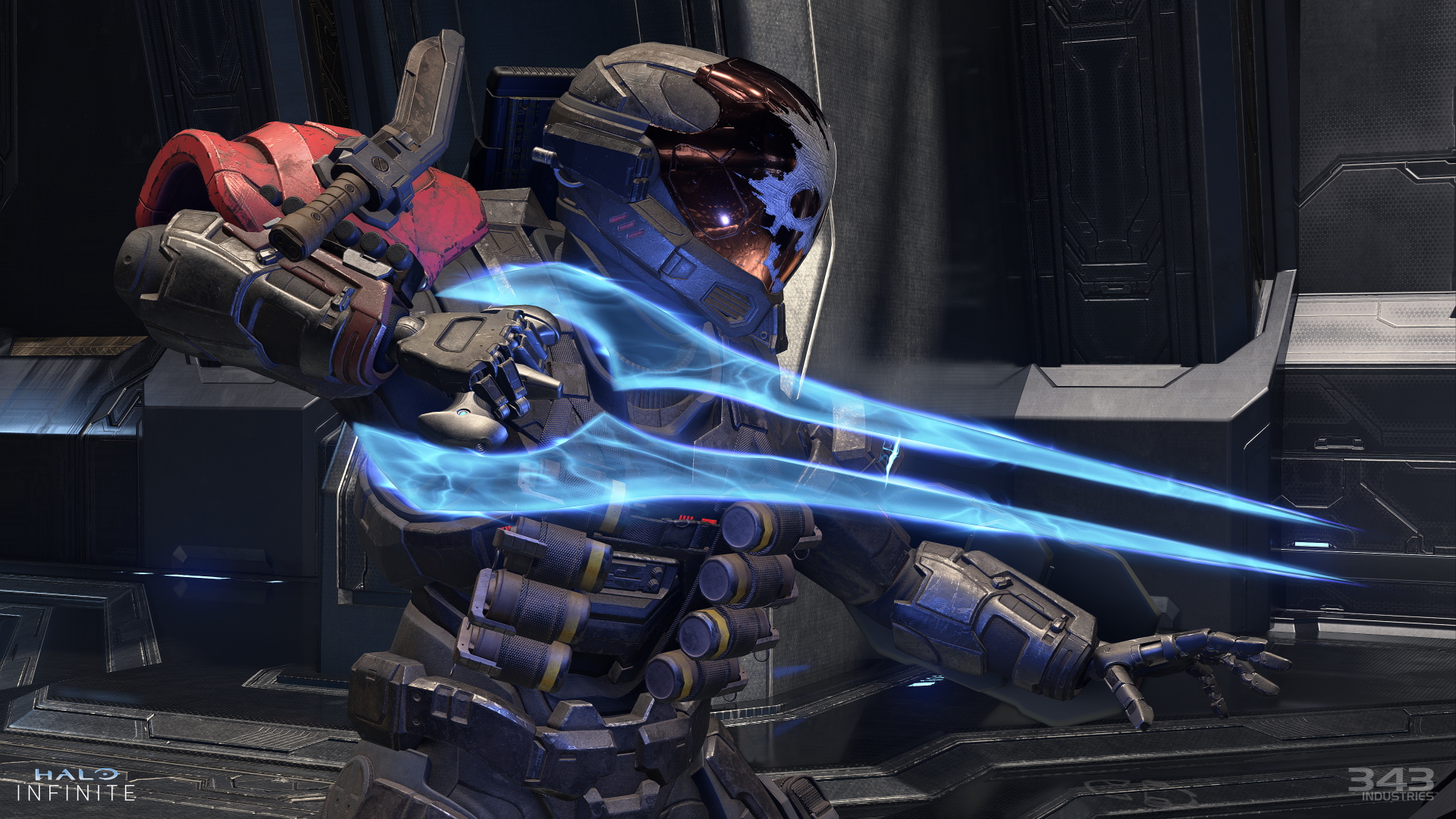 To take get the upper hand in a match of Halo Infinite, you’ll need to nail down how to use the game’s many weapons. The sheer volume of weapons in the game can feel overwhelming at first, but some are patently better than others when it comes to multiplayer gunfights. Below are our picks for the best weapons to use in Halo Infinite’s multiplayer, as well as some tips to get you started. And before we jump in: we’re not covering power weapons here, as if you get the chance to grab tools like the M7 Sniper, it’s a no-brainer that you should. 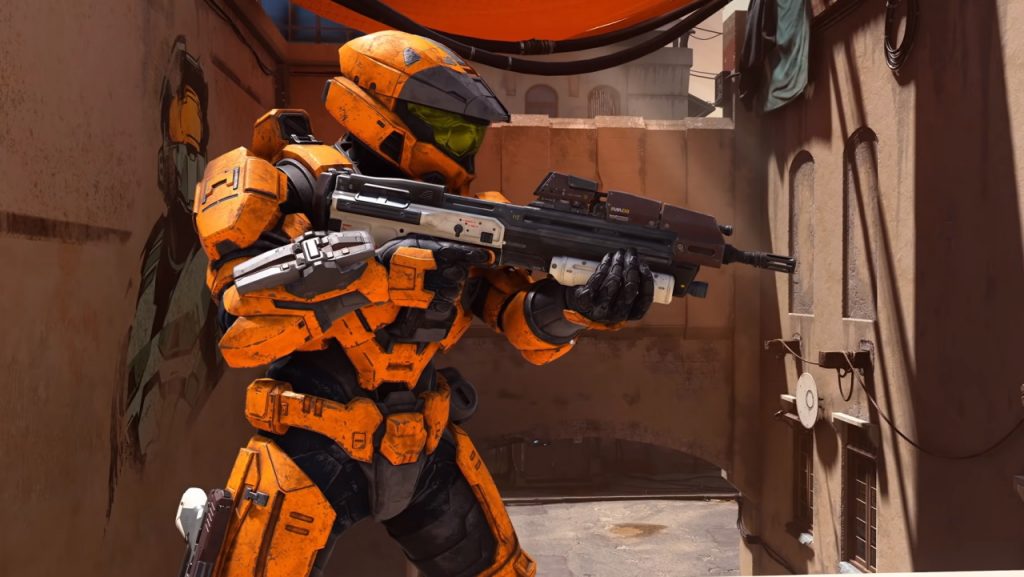 The MA40 is a simple but effective tool once you know how to wield it.

The MA40 is the weapon you’ll start out with in most Halo Infinite modes, and honestly? It’s fine. There’s nothing too crazy about it, but it really doesn’t have too many downsides either. In Halo games, you shoot an enemy anywhere on their body to break the shield. Once the shield is broken, a few well-placed shots will take an opponent down. However, if you break an enemy’s shield and they manage to retreat, their shield will recharge.

The MA40 can break an enemy’s shield and kill them in one clip. What’s important to bear in mind, however, is that your bloom will increase as you fire. It’s important to trace your enemy accurately while firing with this gun in order to finish them off.

Sometimes, you may break their shield and find that you need to reload before you can finish them off. If you’re close enough, it may be worth going in for a melee attack (or pulling out your Sidekick, more on that later). Melee attacks to a shielded enemy remove their shield; for unshielded enemies they are a one-hit kill.

Keep in mind that in an even gunfight, your shield is probably close to breaking as well, and you could easily be punched when you attempt to move in and finish the job. A well-tossed grenade can also finish off an enemy. Learning how to land melee attacks first and stick enemies with grenades is crucial in Halo Infinite, especially if you are using the MA40 AR. 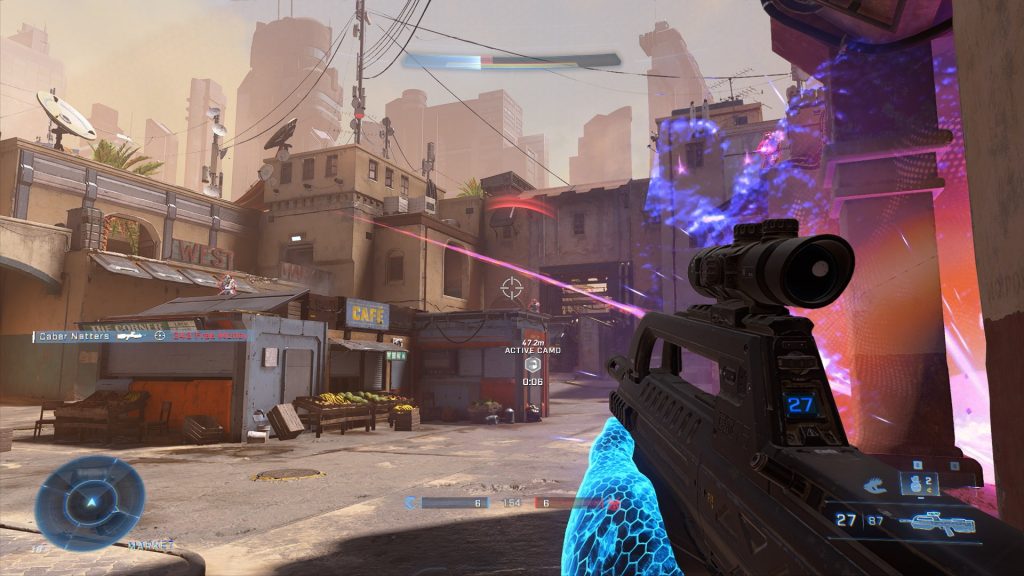 The Battle Rifle is a solid upgrade on the basic MA40, and is far more capable at range.

The Battle Rifle is a Halo fan favorite, and effectively an upgraded MA40 AR. It fires in three-round bursts, but a magazine can take out multiple enemies if your shots land. While you can fire anywhere at an enemy to reduce their shield, headshots will kill in one burst once the armor breaks. 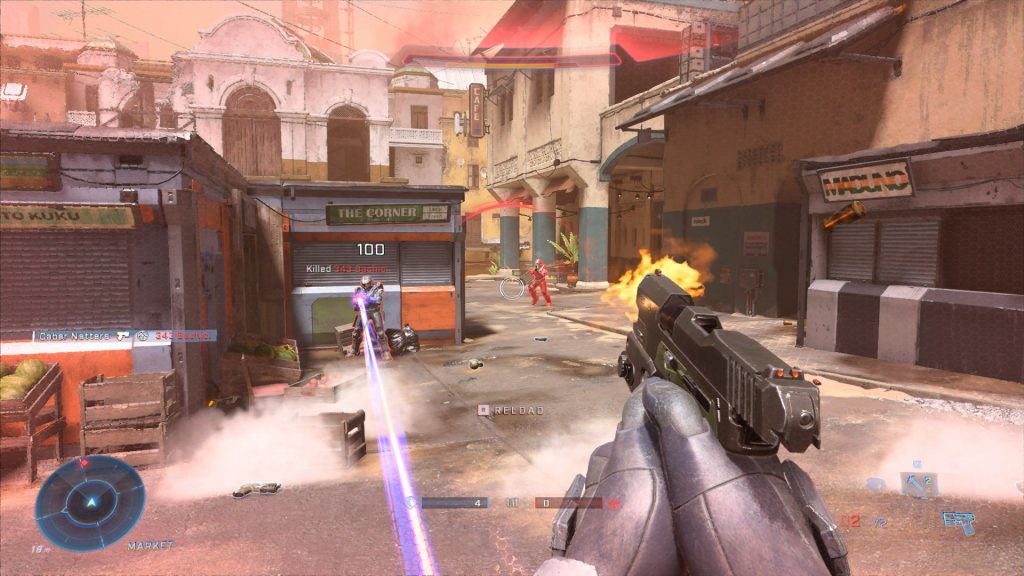 They may seem small, but Halo Infinite’s sidearms are mighty beasts when used well.

It may seem counterintuitive, but when it comes to long range options, your pistol is the best bet. The Sidekick stands out among weapons because it is single fire and has a small, tight reticule. Shots can be fired from across the map with extreme accuracy, even when spamming. If you find yourself too far from an enemy to make use of your primary weapon, or it’s out of rounds, switch over to your Sidekick and you may just come out on top.

The alien Plasma Pistol is also fantastic, but for another reason. Plasma weapons are great for taking down shields quickly. You can charge the Plasma Pistol and fire it at an enemy in close range to knock out their shield, then switch over to your primary to finish them off. Plasma weapons don’t do as much damage to unshielded enemies, so bear that in mind when using them. 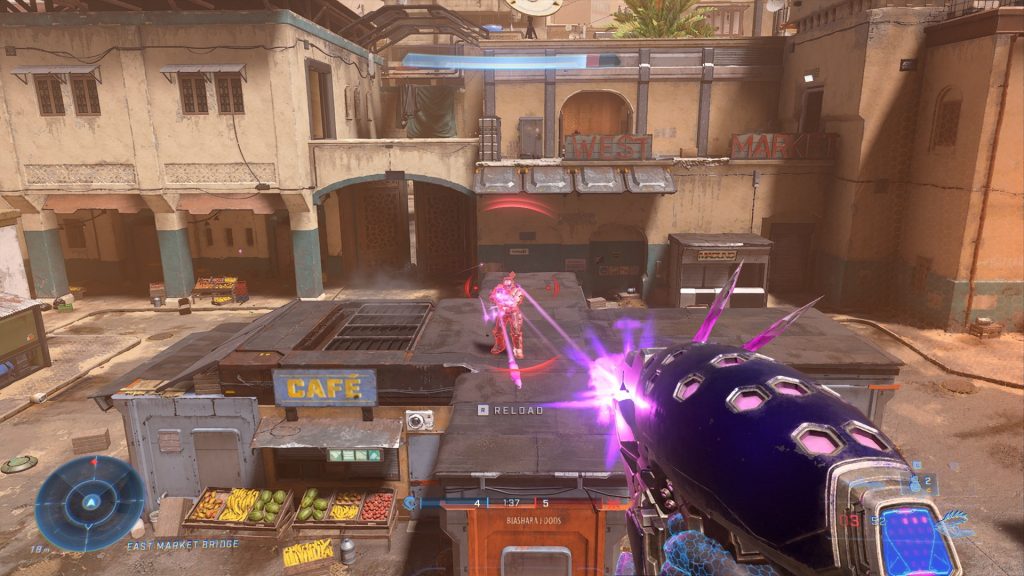 Fire enough shots and the Needler will pretty much guarantee a kill, even if your aim is poor.

The Needler is the weapon to use in Halo Infinite’s Multiplayer when given the chance. Fire half a clip in the general direction of an enemy and you’ve basically earned a guaranteed kill. The Needler workers by firing homing needle projectiles towards an enemy. These projectiles only home gently but will hit most targets at medium and close ranges. Once they hit an enemy, they embed into them, causing damage. Stick enough needles in an enemy and they’ll explode before they know what hit them.

The Needler really is that good over short distances. At long range, however, the Needler suffers. The secret to success with it is to find a corner of the map that could use a defender and park yourself there. Just keep a long range weapon in your other slot for emergency situations. 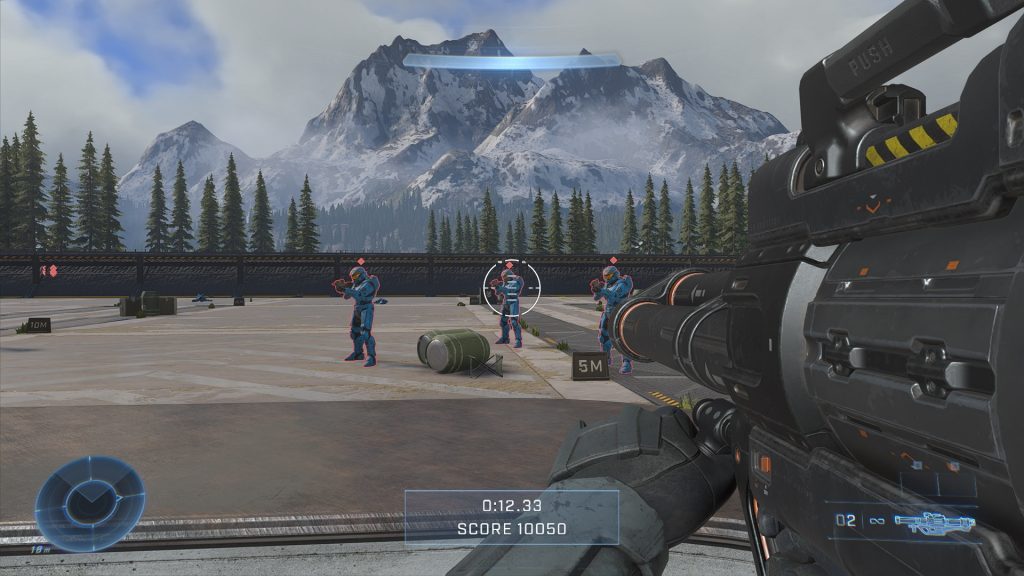 Power weapons are always worth picking up, but the SPNKR Rocket Launcher is an absolute monster.

We know we said no power weapons, but 10 seconds into a Halo Infinite match you’re liable to get blown up by someone using the M42 SPNKR rocket launcher. It seems unfair, but as an arena shooter, Halo Infinite makes learning the drops on a map a critical lesson. Always be on the lookout while playing for these power weapons and ability drop locations. When you find them, memorize them — especially ones where the rocket launcher is available.

The M41 is an instant kill with a direct or close-to-direct hit, and does absurd splash damage. You only get a few shots with it, but you don’t need to be even remotely accurate to make the most out of your explosive toy. Find out where it spawns, and make sure you’re the one blasting enemies 10 seconds into a game.