The times of a few beeps in the background of a game are long gone. While the classic 8-bit sounds and melodies will forever have a place in our hearts (and ears), nowadays the technical possibilities create a much larger scope for game audio. Some of the melodies, compositions and tunes featured in games have become classics that will always be remembered and played outside of the games they were conceived for. 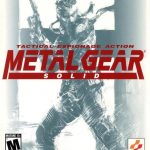 The original Metal Gear Solid and the following parts of the series redefined how audio effects were used in games by creating the stealth genre. Technically, Metal Gear Solid was in another league at that time, using a specifically written 3D engine that created a believable world. Metal Gear Solid also had extensive cinematics that told a story like it had not been done in a game before. The movies explaining story background and character development were so artfully crafted that a lot of people thought Hideo Kojima wanted to make a movie and the game was just a side-product. In a 2004 interview Kojima explained that he always wanted to be a director but that the career was very tedious in Japan.

The main theme for Metal Gear Solid may be interesting and well-known, but players will remember the games more for the distinctive sound effects used. Especially the alarm sound when the player is spotted and a confrontation is about to start is a classic example of simple engineering to achieve perfect results. Another feature that made the sound engineering and musical score so new and distinctive was the ambient themes that were used whenever something was happening. Every engagement has a musical theme and when the player has to go into a confrontation (following the alert sound) another, more hectic score takes over. The engineers used this musical context to deliver a result that was still unknown in games before: Calm, stealthy action changes into a hectic musical ambience that pushes the players’ adrenaline levels to new heights. Every player felt immersed and stressed (in a positive sense) when this sudden change of audio happened.