Astralis Aim For The Stars At IEM Katowice

Things heated up in Poland as the best of the best CS:GO teams fought for a huge prize pool! 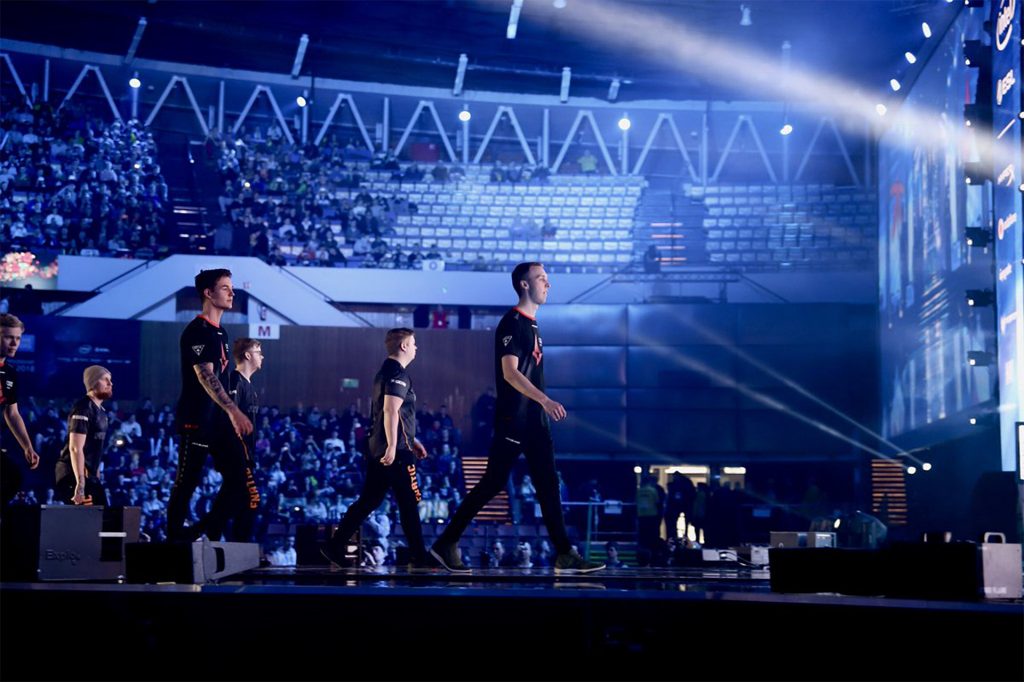 The Intel Extreme Masters Counter-Strike: Global Offensive tournament has wrapped over the weekend, with 16 teams from all around the globe making their way to Katowice, Poland to fight for a share of the $500,000 prize pool. Our friends at Astralis took this opportunity to show everyone why they’re one of the best esports teams on the block, as they crushed team after team on the way to the Playoffs.

Astralis kicked off their stay at Katowice by coming up against Renegades in a best-of-1 on Train. The power swung back and forth as the two poked for one another’s weaknesses, but it was Dupreeh who showed his accuracy and cool-headed plays time and time again. During the second pistol round, Dupreeh managed to pick up a tidy triple kill:

It was a close game, but Astralis walked away with a 16-13 victory, and marched on to fight against SK Gaming. This match was a best-of-3 event that started on Overpass, and in solid Dupreeh style, he denied SK Gaming with a very clean triple kill.

The first map ended 16-12 in favor of Astralis, which meant the next map, Mirage, was make or break for SK Gaming, as without a win, Astralis was on to the next step in the CS:GO tournament. SK were no pushovers, especially as Coldzera put down Gla1ve, Xyp9x, and Device to keep the dream alive. But it was for naught as Astralis bit back, shutting SK Gaming down and taking the second map, leaving them in a very respectable 2-0 as they moved on to fight Liquid for a spot in the Playoffs.

Another best-of-3 for Astralis and Liquid, with the first map being Inferno, and unfortunately the first map went to Liquid in a cool 16-12. Nuke was up next, with both teams fighting ferociously for a victory. Magisk pulled out all the stops as he found himself in a 1v2 situation, and what followed was a display of skill we’ve come to expect from Astralis. A few more back and forths later and Astralis closed out the map 16-5, bringing the match-up to a tie.

The final map was Overpass, and if Astralis could handle it as well as they did against SK Gaming, they would secure their spot in the Playoffs. Device stepped up to the plate and absolutely dominated with a very clean 4 kills within 35 seconds. This solidified how Astralis was going to perform as they claimed Overpass 16-5 and moved up into the Playoffs.

Because of the three-straight wins, Astralis jumped up into the Playoffs and directly into the Semi-finals, where they came up against FaZe Clan. FaZe had a good run through the Upper Bracket, knocking ORDER and North out of the fight in clean sweeps, but they stumbled against fnatic in their final match. However, this still allowed them to make it into the Playoff Quarter-finals where they beat down Cloud9 2-1.

The fight with Astralis and FaZe Clan was nail-biting, as both teams fought tooth and nail. The first map, Cache, was full of excellent plays, with Gla1ve denying the terrorist plant with a vicious triple kill. Unfortunately for Astralis, FaZe pulled away and managed to close off the first map 16-10. Up next was a map that Astralis has proved their proficiency with: Overpass. A phenomenal quadra-kill by Magisk, helped swing the map back toward a state of equilibrium.

But it just wasn’t enough as FaZe Clan slammed on the gas as NiKo claimed a triple-kill, securing the win. FaZe Clan ended the second map 16-10, which spelled an end for Astralis’ run in the Playoffs. Despite not making it into the Grand Final, Astralis netted third-fourth alongside Liquid. FaZe Clan continued on to the Grand Final, where they faced off against fnatic. Both teams brought their A-game as map wins were passed back and forth, but it was fnatic, with the final win on Train, that saw the team take home top-billing and $250,000.