Apex Legends has launched a new season, and with it comes a vast array of fresh changes to the game. With Season 2 – Battle Charge comes a fresh new character in Wattson, the powerful new L-Star gun, a drastic shift in the Kings Canyon map, and much more. Where Season 1’s additions felt a little limited and underwhelming, Season 2 comes strong right out of the gate with a lot of new reasons to continue playing or jump back into Apex Legends’ never-ending fight for Number One. 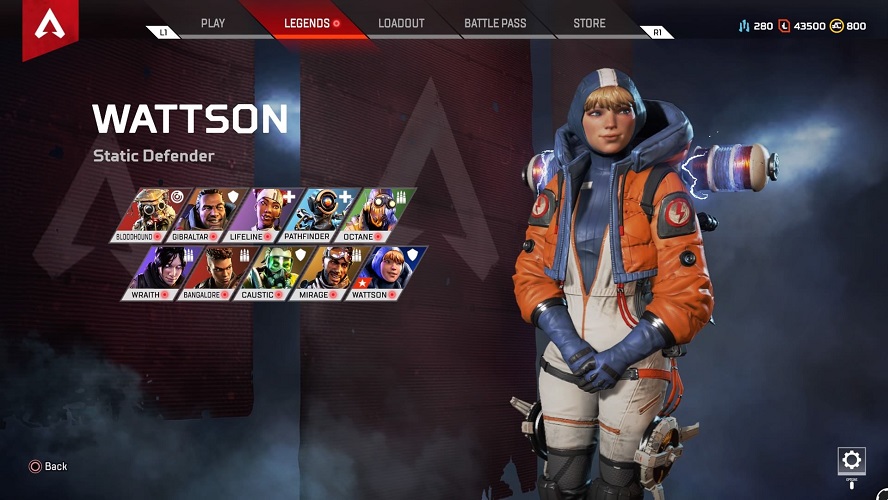 Wattson offers an all new angle of defensive mechanics to the Apex Legends Season 2 roster.

We just have to start with the latest addition to the Apex Legends cast don’t we? Of course we do. Wattson is the latest to join the fray. A defensive character, her scientific acumen draws certain parallels with fellow defender Caustic. But where Caustic is built to punish those who enter his gassy zones, Wattson brings a more altruistic approach to aggressive denial.

Armed with the Tactical Ability “Perimeter Security” to set up fence posts that deploy electric beams, Wattson is able to fence off various areas and keep enemies at bay, lest they take a nasty shock trying to get through. If that wasn’t enough, her ultimate “Interception Pylon” allows her to deploy a drone that will both destroy incoming ordinance such as grenades and Rolling Thunder barrage canisters, as well as repair damaged character shields within an area of effect. Where Octane brought in a solid and speedy offensive character in Season 1, these abilities allow Wattson to bring much-needed versatility to the Defensive class of heroes. She’s a character that has a strong chance of changing the meta all on her own. 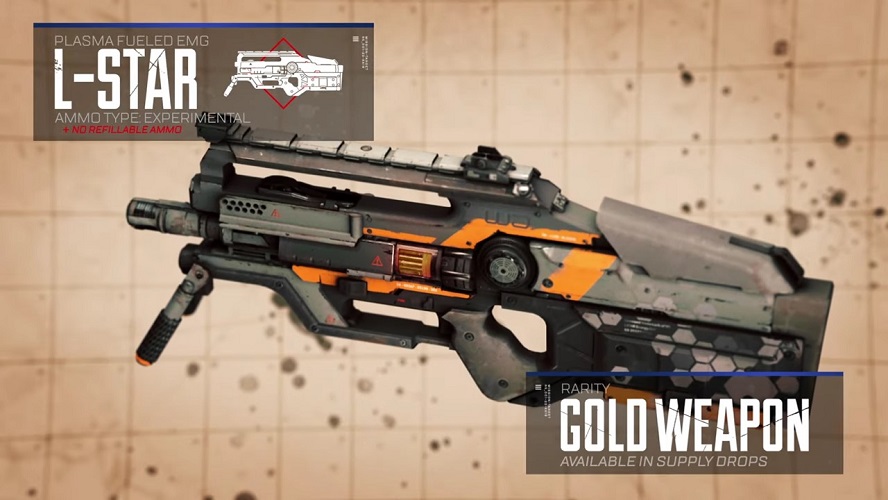 The L-Star won’t be found anywhere but in Supply Drops, but if you can get your hands on it, it’s a devastating force to wield.

With Apex Legends Season 2 also came a fresh new addition of the L-Star energy weapon. Only found in Supply Crates, this gold-tier weapon is an energy machine gun with that’s capable of ripping foes apart in no time. The L-Star boasts an impressive fire rate and very large projectiles that are easy to land. The only thing you need to be mindful of is overheating the weapon. Bursts of fire are okay, but overworking the L-Star will force you to let it cool down before you’ve cleared the regular clip. That said, the damage you can do with it in short order more than makes it worthy of its gold-tier status.

The L-Star may have the spotlight, but it’s not the only good thing to happen to Apex Legends gear. New hop-ups for various weapons in the game include Hammerpoint Rounds for the Mozambique and P2020 that do far more damage to unshielded foes and the Disruptor Rounds for the RE45 and Alternator that will cut through shields like a hot knife through butter. These and other goodies like new energy weapon extended clips and more are sure to give just a touch more variety to your overall game and on-the-fly decision-making. 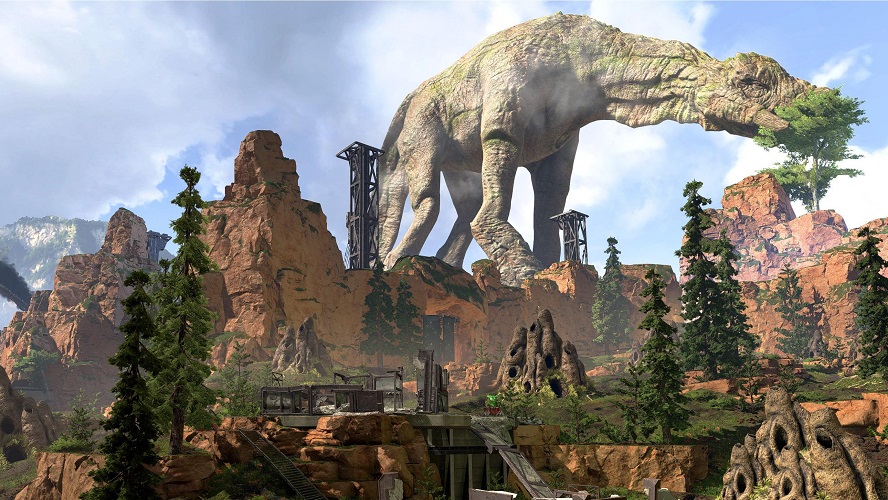 The Leviathans aren’t interested in being confined to the waters anymore in Apex Legends Season 2. They’ve entered Kings Canyon and drastically altered the map.

The first time you land in Season 2’s Kings Canyon, you’ll likely immediately notice the biggest changes. The giant Leviathan beasts that once stood listlessly out in the waters beyond the island have now entered into the land, towering over its battlegrounds. The Repulsor Station is wrecked, various areas are trampled, and new buildings have been erected, making for vastly different loot points and pressure zones.

Supporting this are new daily and weekly challenges for players to engage in. Clearing these challenges rewards players with points for the Battle Pass, which unlocks all sorts of fun cosmetic character and gun skins, loading screens, music, and more. If you’re looking for more challenge, the new ranked mode also offers squads the opportunity to prove their worth. Do well in ranked matches and you can up your rank and climb towards higher tiers and more challenging opponents. However you engage with the new content, there are plenty of tasks and opportunities available to keep you gunning for the next big thing.

Respawn Entertainment appears to have learned a thing or two about what its player base wants. Season 2 – Battle Charge has a vast amount of initial goods hook players in and keep them going. Learning Wattson will be fun, getting our hands on the L-Star will be devastating, and figuring out how our new gear and strategies fit together in the revamped map will make for an entertaining long-term project. If we can look forward to even slight tweaks as we go along with this starting point, Season 2 of Apex Legends will be a hearty engagement for a good, long time.