Prepare to lose yourself in the universe of Monster Hunter: World and its gargantuan monsters, stylish weapons, and adorable Palico sidekicks.

Taking down a monster is hard work, which is why it’s so important to have the best tools available. Your weapon is going to be what defines you as a hunter. Are you more of an up-close and personal heavy hitter, a hunter who prefers agility and rapid attacks, or perhaps one that attacks from range? Whatever your style, there are over 12 different types to choose from, with each offering vastly different playstyles and all with multiple upgrade trees.

Beyond your raw damage, you can also customize your hunter with various pieces of armor. What’s more, this armor isn’t random. The monsters you slay will literally become your armor if you please. Taking down a Tzitzi-Ya-Ku allows you to begin crafting pieces of armor using the material you harvested from the monster. It’s an extremely addictive feature, as you’ll see what the armor looks like and what stats it offers, and then you’ll decide to go and hunt down the monster whose feathers and scales you need in order to craft it.

There’s always something to do in Monster Hunter: World, always another investigation to go on that will reward you with more loot and materials you will need. Mining for ore and collecting plants, hunting fish and collecting bugs is all part of the looting process – it makes it feel like you’re really a hunter, gathering resources and surviving in the wild. Plus, you get a cat sidekick to accompany you on your journey!

Now that a Monster Hunter title is releasing on multiple platforms, players everywhere are thrilled at everything they can do in the game, including… playing with friends! In this day and age, it’s unusual for a title to be a solo-only experience (unless of course it’s a narrative-driven title like the incredible Wolfenstein II: The New Colossus), and Monster Hunter: World makes sure that you can play through every aspect of the game with a friend – or more! 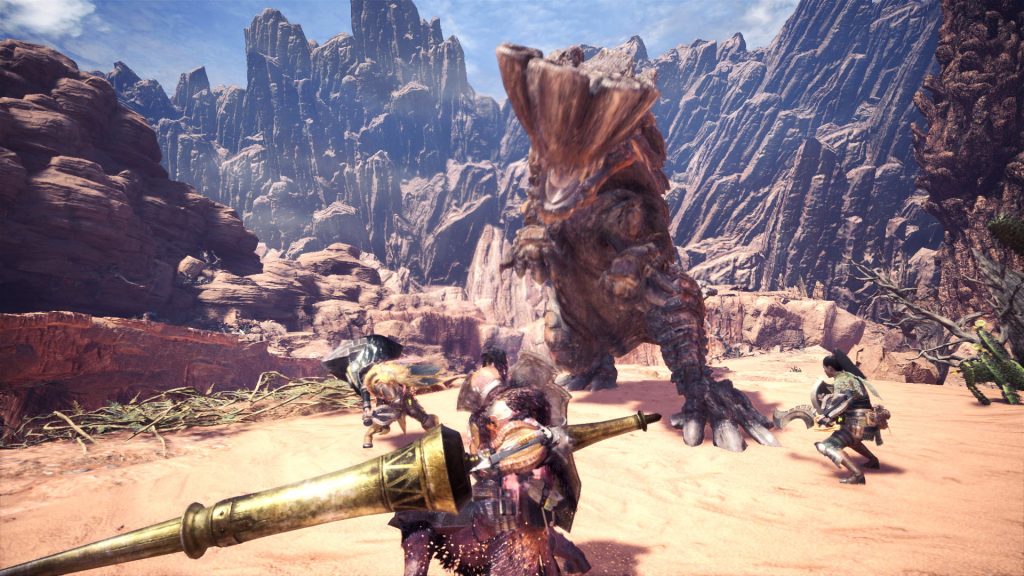 As you collect bounties, quests, investigations, and other hunting missions, you’ll be able to post them on a notice board, and if you’re friends want to, they can jump in and help you. But there’s good news for those solo players out there, if you require some assistance during a mission, fire an SOS flare into the air and other hunters can come and join your hunt. It’s as though every system in the game is presented in a way that makes sense for the reality Monster Hunter: World has created. Quests are posted on a public Notice Board, items are purchased from a Provisions stockman, and herbs and bugs are cultivated at a botanist research center. It’s an alive and thriving world, and one best experienced with friends.

Last, but certainly not least, is the main drawcard of the entire franchise: the big baddies, the monsters. Monster Hunter: World brings back a lot of old-favorites for players to hunt, as well as a few new additions to the roster. These creatures come in many different shapes and sizes: hulking dinosaurs, gigantic bats, rock demons, fish and sea-creatures, and it’s up to you to track them, put on the hurt, and either slay them or trap them. 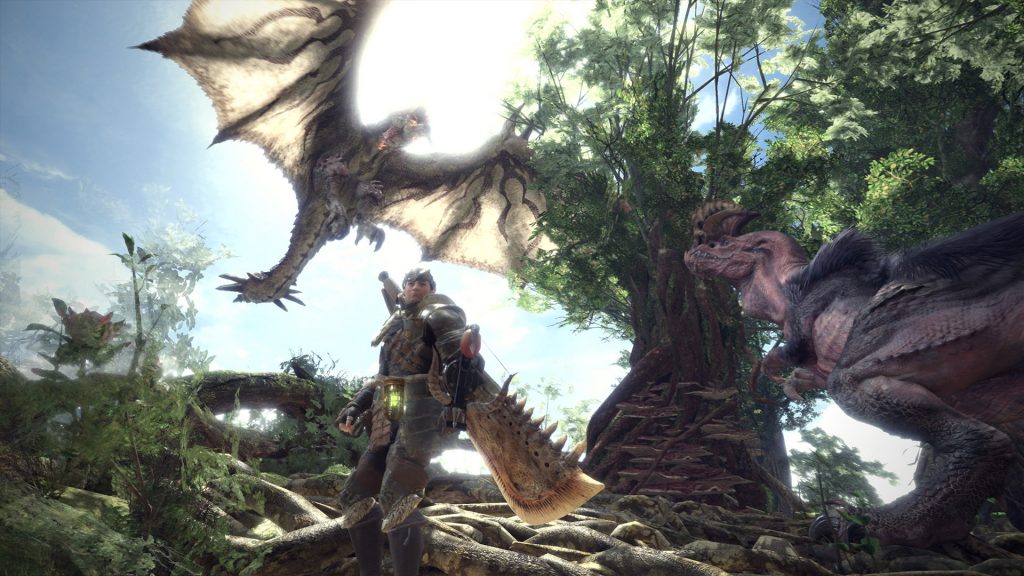 For anyone new to the franchise, these monsters will seem insurmountable when you’re first tasked with hunting one. You’ll have to rely on all your skills and senses to track down the monster, as audio plays an important role in the game. With a gaming headset like the Stealth 700 for PS4, you’ll be able to become fully immersed in the world. Hearing the wildlife all around you as you slink through a forest is an awesome experience, especially with the high quality 50mm speakers that deliver clear and crisp audio. Just as the fauna grows quiet, you’ll feel the bass thump as your prey stomps around the next bend, and you’ll poise yourself, ready to strike.

When the fight is over, and the dust settles as you look over your captured Anjanath, you’ll feel a sense of relief and a rush of adrenaline. You’ll also know that your success was because you’ve learned, you’ve improved as a player and you now know how best to tackle a situation. It’s a rewarding experience that is repeated whenever you take on the next big monster.

Monster Hunter: World is here, and it’s very much going to dominate your life as you venture to new frontiers, collect rare and wonderful resources, and most importantly, track and hunt massive, terrifying monsters.