Dive into medieval Bohemia and experience breathtaking realism as a would-be soldier. 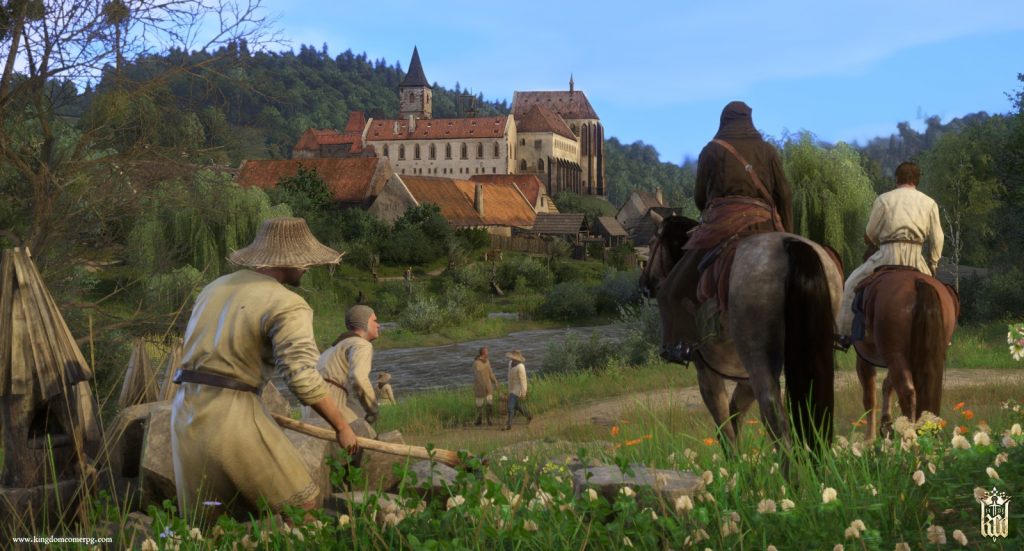 Kingdom Come: Deliverance is Warhorse Studio’s first ever release and players have been flocking to the medieval role-playing game in droves. The game is currently sitting in Twitch’s top most-viewed titles, and yet, a lot of gamers are questioning what makes it so appealing. Well, we’re happy to tell you that there is a lot of charm and heart to be found on the muddy streets of Skalitz.

Set during the early 15th, Kingdom Come: Deliverance introduces you to the Kingdom of Bohemia as it teeters on the brink of war. Unlike other role-playing games, you don’t take on the role of a hero that can do it all, you start off as the son of a blacksmith – it’s a simple life, and the perfect beginning for an underdog. 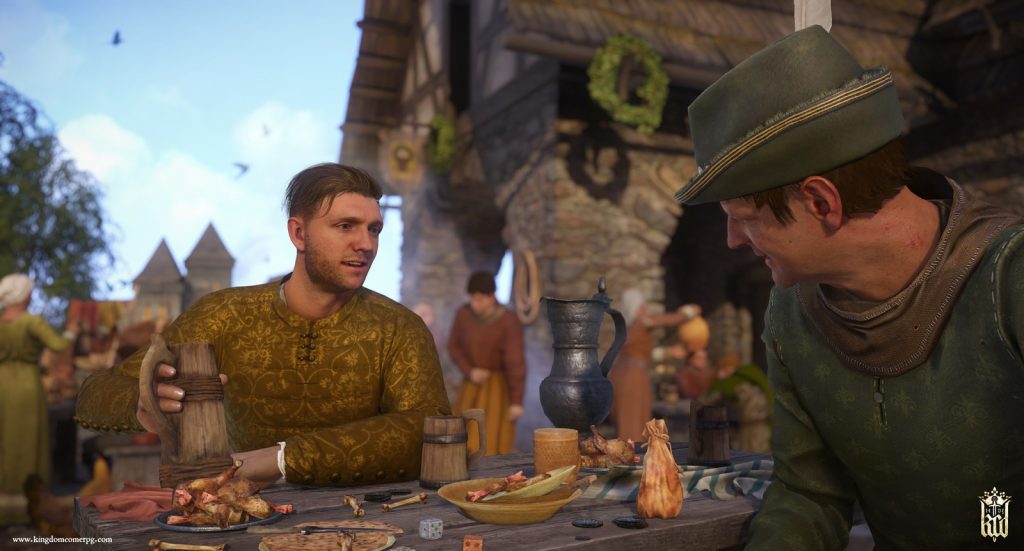 Sound is also more than just a color on the canvas that is Kingdom Come: Deliverance, it’s a vital part of your survival.

Where other medieval games opt for dragons, magic, and other fantasy tropes, Kingdom Come: Deliverance sets both feet in hard realism. As a simple peasant, you don’t have the capabilities to wield a sword with any proficiency, in fact, you’re more than likely to get your tail beat by the local drunk than cut down a soldier, let alone a knight.

The idyllic towns on the edge of forests are alive with other simple folk just going about their business. As quests take you from one location to the next, you’ll be completely absorbed in the atmosphere around you.

Even the audio is enough to draw you in. Donning a headset like the Elite Pro for PC will ensure you capture every single moment in perfect clarity. The swing of swords, the roar of battle, and even a babbling brook will entice you further into this incredible world Warhorse Studios has created. Sound is also more than just a color on the canvas that is Kingdom Come: Deliverance, it’s a vital part of your survival. Some sections of the game have you slinking through darkened castles, and without proper audio, you’ll be unaware of your surroundings.

As we mentioned above, the main character you play, Henry, isn’t a natural fighter, and so you must train to become proficient with the systems in place. The combat in Kingdom Come: Deliverance is deep and challenging, requiring careful attention to where you attack as well as stamina management. 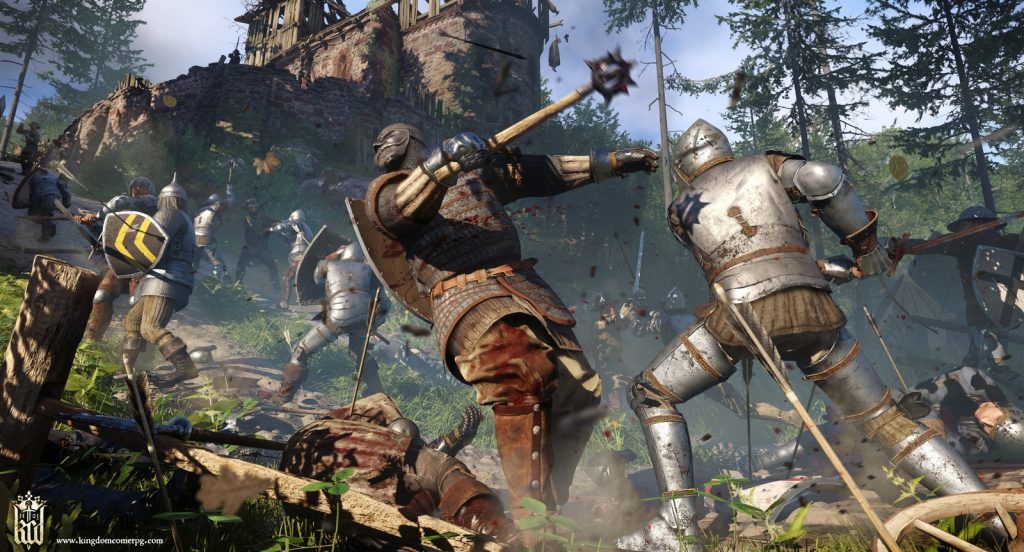 Much like For Honor, you’ll need to choose what direction you wish to attack using the five-pointed star when locked-on to an enemy. You’ll also need to block an enemy’s attacks, which are telegraphed through the way they hold their weapon.

Furthermore, your weapons will become less effective as they become blunt and the only way to sharpen them is to use a grindstone. This can be done at a grindstone wheel at a blacksmith, and it’s not as rudimentary as walking up to it, interacting, and walking away – you actually need to angle the sword and grind away its edge to sharpen it! Be careful though, because if you do a poor job, you could very well destroy your trusty weapon.

Aside from the main storyline, you’ll also be undertaking all sorts of quests and adventures in Kingdom Come: Deliverance. When wandering through towns you might overhear a snippet of information or you’ll be called over and tasked with helping someone. The side quests range from humbling tasks you might expect a peasant villager to worry over, to larger, more involved side quests to help track down bandits by investigating a crime scene. 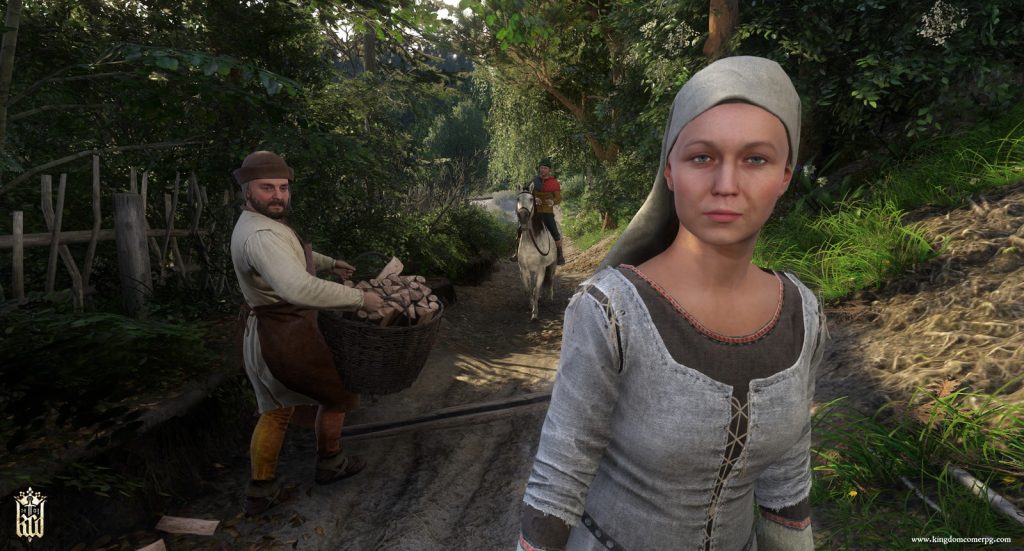 Even the timing of quests is important. The world of Kingdom Come: Deliverance doesn’t stand still and wait for Henry, life goes on. If you’ve told someone you’ll meet them at a certain time, you better keep track of the time, else you’ll wind up late, they’ll be annoyed, and your reputation as a tardy blacksmith’s son who can’t read will be all that anyone thinks of you.

Similarly, your actions and inactions will affect people and your own standing. Not everyone in this medieval society is good, there are a lot of people who dabble in the criminal world. Spend enough time with these people, and you’ll be offered quests that will take you down paths not available to an upstanding citizen. You’ll learn how to pick locks, how to fence stolen goods, and other kinds of miscreant acts.

Overall, Kingdom Come: Deliverance is a mighty example of how a game steeped in realism should look and feel. There’s something incredibly honest about this medieval experience that forgoes magic and dragons, and instead choses to start you out as an illiterate boy who wants to be a soldier. Kingdom Come: Deliverance is available on Microsoft Windows, PlayStation 4, and Xbox One.