A quick glance at the video game calendar will inform you that 2020 is going to be stacked to the brim with ace releases. Resident Evil 3 and FF7 remakes, The Last of Us Part 2; there are plenty of stellar distractions ahead, but don’t let all those shiny titles distract you from the seriously impressive VR lineup on the way as well. In 2020, Virtual Reality gaming is looking stronger than ever and we’re practically salivating over the number of excellent titles we’ll soon be able to shove our eyes into. So join us and rub your hands together with glee as we look ahead at the VR games we can’t wait to play in 2020. 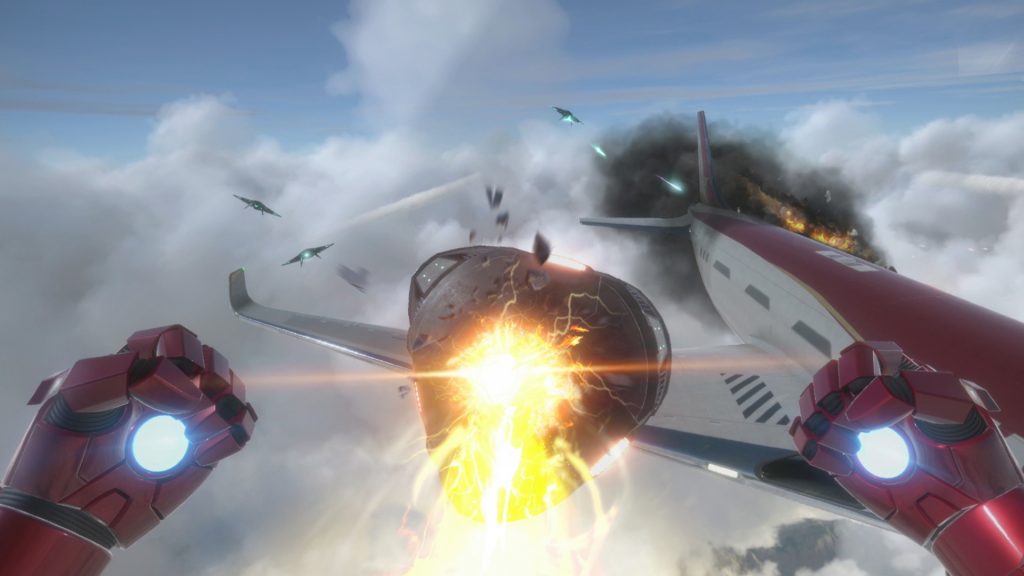 Movie tie-in video games are all too often disappointing, and the first trailer for Iron Man VR had us very worried we’d be thrown into an on-rails flight simulator, unable to make the most of Tony Stark’s super suit. Thankfully, gameplay showcases have since revealed that Iron Man VR will allow full, unlocked flight. Pointing your hands backwards will allow you to control the direction you soar, just like in the movies. It looks nothing short of glorious, and a brilliant excuse to crack out the PSVR headset once more.

A new Half-Life game? Seriously? We’re pretty sure those exact words were uttered by at least a million people – ourselves included – upon the reveal of Half-Life: Alyx last year. After all this time, we’d practically given up on the idea of returning to the world of Freeman, but it seems Valve isn’t done with us yet. The debut trailer for Half-Life Alyx was one of the most impressive we’ve seen yet for a VR game, and the thought of a head crab leaping at our face has us shivering with a mix of excitement and fear. Fearcitement? However you want to describe this feeling, there’s no doubt that Half-Life: Alyx is the most anticipated VR game of 2020.

Anyone who’s played through Ready at Dawn’s Lone Echo will smother you in its praises. Tell them you haven’t played it yet and you may need to forcefully stop them from strapping a VR headset to your noggin. The space-station story is widely agreed to be one of the best VR titles out there. Anticipation for the sequel is high, and the announcement trailer certainly doesn’t look ready to disappoint. Interstellar anomalies, power-hungry parasites, a deepening mystery and even more superb acting from leads Liv and Jack. We can’t wait to return to Saturn this March. 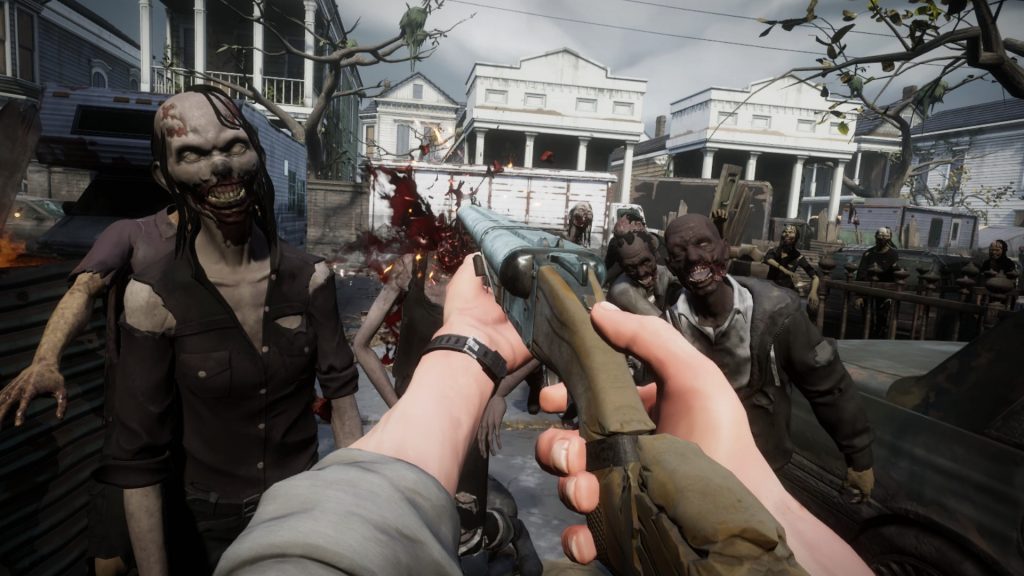 Its launch lying just around the corner, Skydance Interactive’s next foray into the world of VR gives us a fresh entry in The Walking Dead universe. A VR title centered on player choice, Saints & Sinners asks us to navigate the tricky relationships between groups of survivors in the apocalyptic world. It looks like a harrowing experience filled with moral quandaries and no cut and dry correct choices, so it’s a good job we’ll be able to relieve all that pent up stress by repeatedly stabbing zombies in the head as well. Ahhh, bliss.

Medal of Honor: Above and Beyond (Oculus Rift)

We’d almost forgotten Medal of Honor, the once rival series to Call of Duty’s World War 2 throne. However, when Respawn Entertainment finally unveiled the VR title they’d been working on in secret, memories of our childhood came flooding back. Medal of Honor: Above and Beyond looks to be making full use of VR tech, letting us catch grenades midair and take down nazis with throwing knives and yes, even saucepans. Respawn has put in the work, from the soundtrack to the gun models and effects. Watch out Half-Life, Medal of Honor: Above and Beyond could be the best VR shooter of the year.

If ever a game series was begging for some VR action, it’s Sniper Elite. Setting up on a well-secured perch and lining up shots on foes from afar is the perfect scenario for VR, but this is much more than an on-rails experience. Sniper Elite VR will offer full freedom of movement, and the team at Rebellion has even reworked the infamous bullet-cam to work smoothly – and more importantly, nausea-free — in virtual reality. It’s also great news for those who splashed out on the PSVR Aim controller, as Sniper Elite VR finally grants an excuse to hook it up and immerse yourself further.

Who’s up for a paddle? Fair warning though, this one might prove a touch more dangerous than a trip to your local pool. Phantom: Covert Ops puts you in the shoes, or kayak, rather, of a stealthy operative who needs to sneak into flooded military bases via reed-filled waterways. It’s up to you to paddle your way into each scenario, taking out enemies or sneaking through without being seen. Phantom: Covert Ops promises that it won’t punish you for playing it in your own style, rewarding both quick aim and ghost-like stealth. It took plenty of awards home at E3 last year, so we’re extremely eager to try out the full release in 2020.

Those are our picks for the VR games we can’t wait to play in 2020. Is something else drawing your virtual eyes? Let us know the VR titles you’re excited for in the comments below. 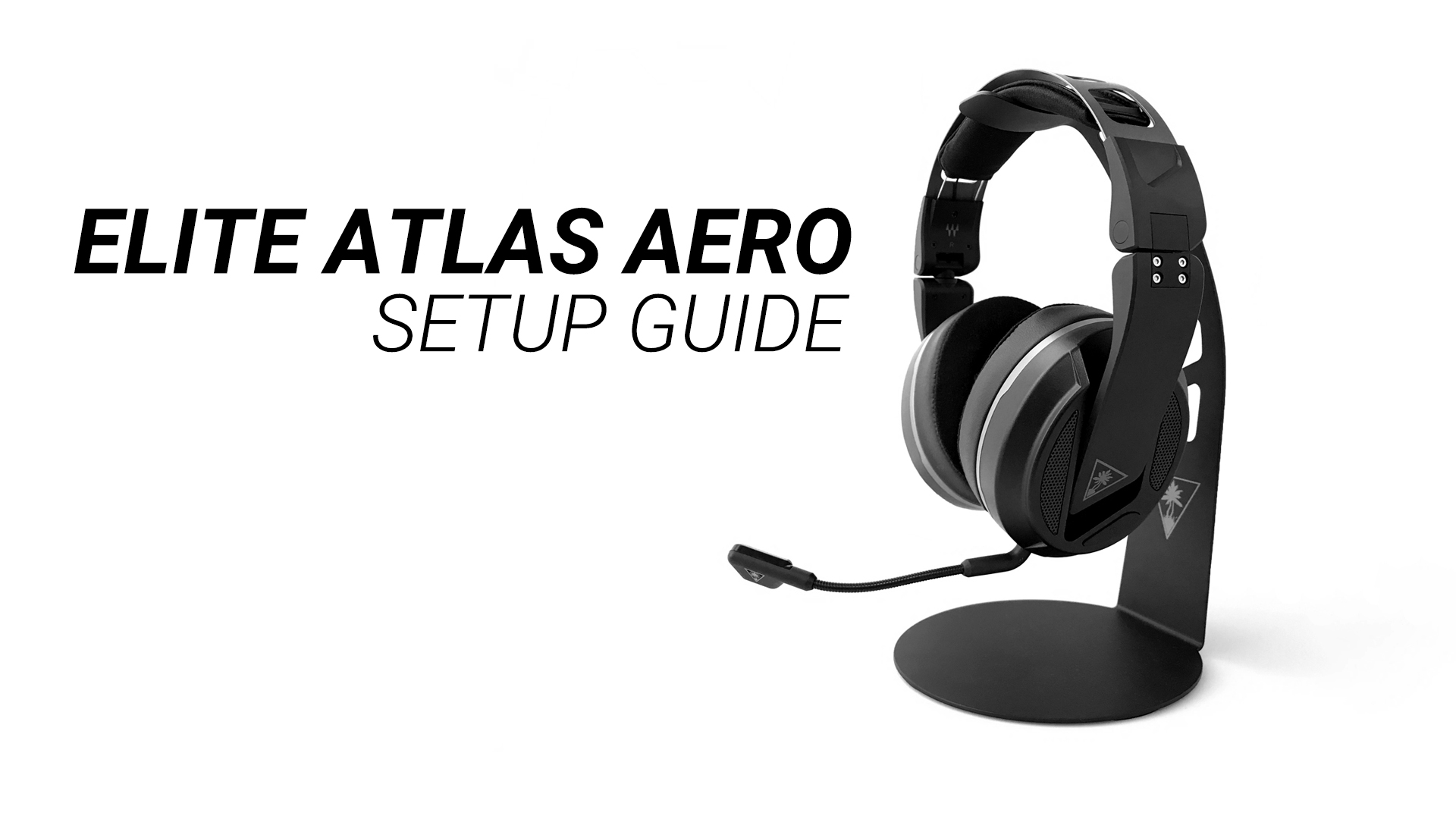 Read More: How to Set Up and Use the Elite Atlas Aero and Control Studio

How to set up and use the Elite Atlas Aero wireless gaming headset for PC.