With a fresh new Call of Duty Modern Warfare at our fingertips, here are five things you just have to see as you jump into the latest chapter in the legendary FPS franchise.

Call of Duty: Modern Warfare is here at long last, bringing together all of the bells and whistles we’ve seen over the course of the last months in an incredibly weighty package. There’s a lot to do in CODMW 2019 whether you want to get into some story, play with friends, or challenge opponents around the world on any system. That said, there are absolutely some stops on your way through Modern Warfare’s offerings that simply can’t be missed. Here are 5 must-see features in the new Call of Duty Modern Warfare. 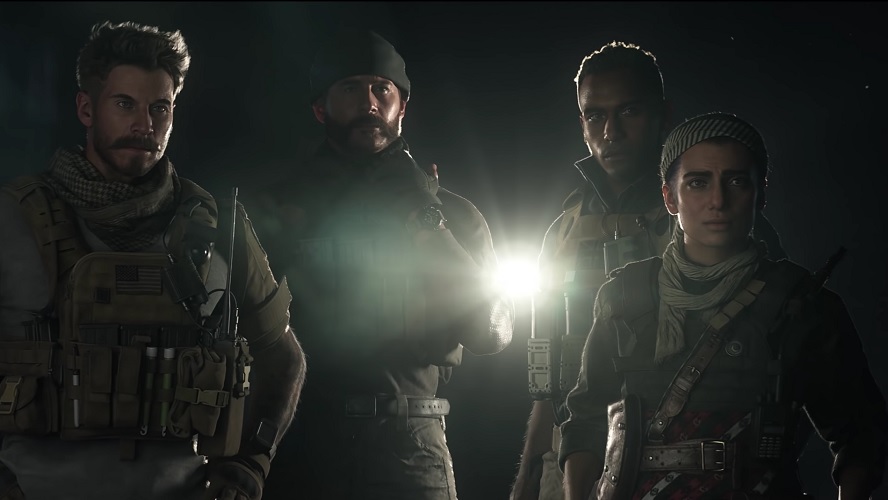 Price is back with a fresh cast of characters to take on a story of intense politics and battle.

For the first time since 2011 in Call of Duty Modern Warfare 3, we rejoin Captain John Price in an all-new journey of politics, subterfuge, war, and intrigue. As Price leads a mission into the fictional nation of Urzikstan to discover the whereabouts of illegal chemical weapons being used to terrorize the populace, he is joined by newcomer Sergeant Kyle Garrick, as well as joining forces with Farah, the strong leader of a resistance group fighting back against the terrorist force. Call of Duty Modern Warfare’s story campaign will take players on an intense and twisting trip heavy with grit and impact. Those who have been waiting since Modern Warfare 3 for a Call of Duty story worth its salt may find themselves happy to rejoin Price and his company. 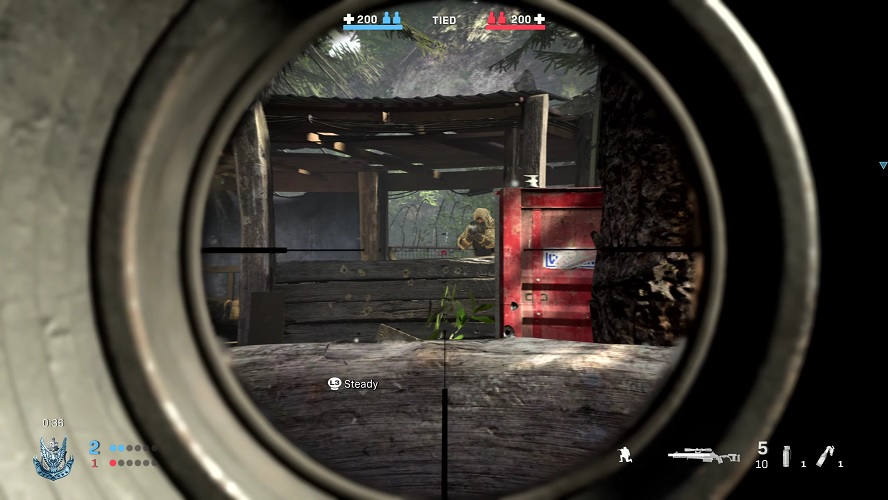 Of the multiplayer in Call of Duty Modern Warfare, the 2v2 Gunfight mode is an impressive standout.

One of the newest modes to come to Call of Duty multiplayer is also one of the finest modes to hit the game in a long time. Gunfight is a 2 vs 2, last-man-standing romp where weapons are scattered on the map. Players will play lightning rounds to get equipped and take down their opponents as fast as possible. With a loadout picked for you from the start, you’ll need to make the most of what you’re given in this last-man-standing mode. Strategy and snap decisions on the fly are at the core of the game and Gunfight plays incredibly well. This is one that we’ll be going back to over and over as we figure out how each map works, figure out strategies and pathing with our teammates and learn to counter enemy movement right out of the gate in these multiple round match-ups. 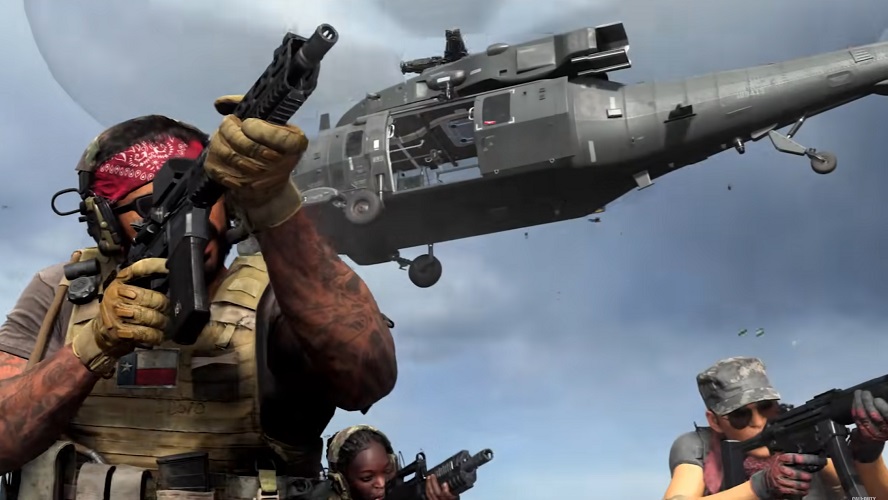 Modern Warfare 2019 may not have Zombies, but Special Ops will give you plenty of reasons to team up with your pals.

Call of Duty Modern Warfare may be skipping out on a traditional Zombies mode this time around, but it’s doing its part to make up for that with its own co-op mode, Special Ops. Special Ops allows players join up to take on either multi-level gauntlets in Operations or more bite-size chunks in Missions. There’s also a PS4-exclusive mode in the form of Survival, which might be the closest current thing to Zombies for the time being. In each mode, players will tackle special objectives, build load-outs, commandeer vehicles, and more to accomplish their missions. Whether you want to battle your way through connected missions in Operations or take on singular, timed challenges in Missions, there’s plenty in Special Ops to allow players to fight together and battle through a myriad of scenarios. 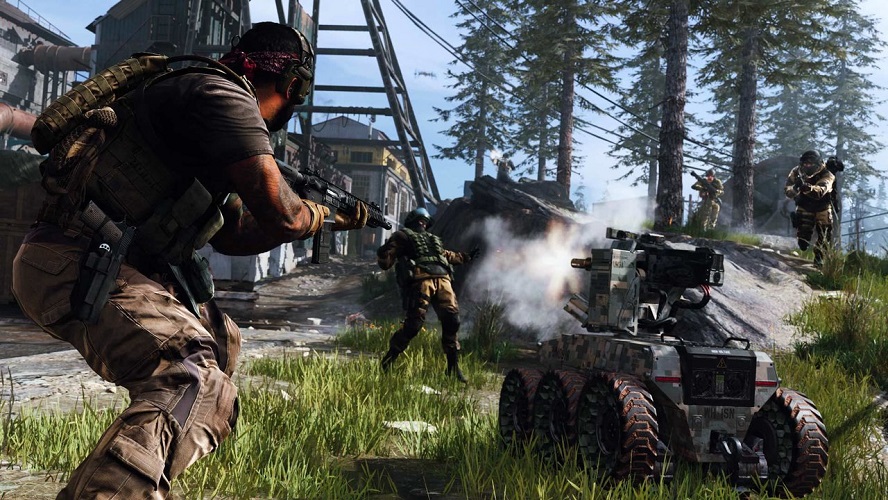 We look forward to the daily and weekly challenges that Infinity Ward comes up with for their Call of Duty Battle Pass.

Loot boxes and Supply Drops are no more. Call of Duty Modern Warfare is skipping them altogether at launch in favor of a battle pass. Popularized by games like Fortnite and Apex Legends, the Modern Warfare battle pass will offer players a line of free or premium cosmetic rewards unlocked by various challenges and leveling. The more challenges and experience you gain, the more your battle pass levels up. The battle pass is set to give players a continuing bar to reach for throughout months of gameplay. If rewards cycle out the way they do in Fortnite, we’ll have plenty of goals to reach for a long period of time as well. It’s unknown if Activision intends to add the monetized Supply Drops down the line like they did in Call of Duty Black Ops 4, but a battle pass will at least be a far more solid offering of progression in addition to the usual Call of Duty experience with constant challenges and engagement to keep the fun going. 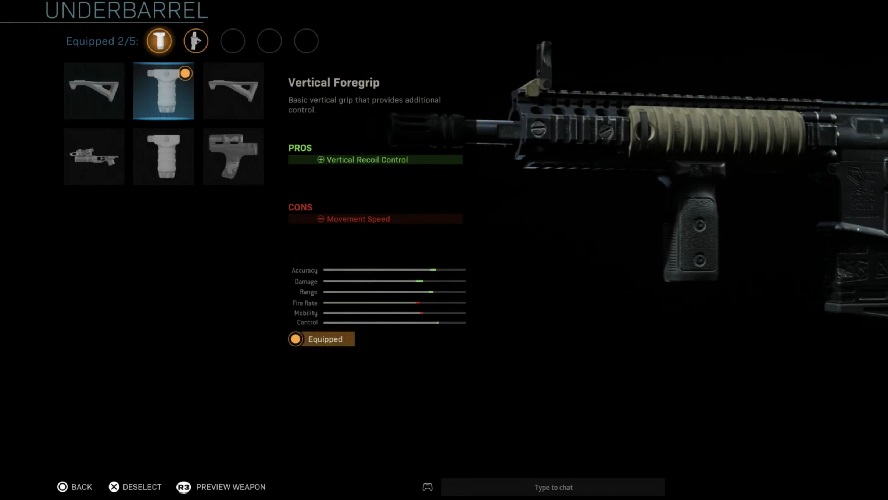 Customizing weapons to your exact specifications has never been more in-depth or accessible than in Call of Duty Modern Warfare.

You’re not confined to setting your multiplayer load-outs and being strapped into them before or after a match anymore in Call of Duty Modern Warfare. The new Gunsmith system offers a far more accessible way to make your weapons distinctly suited to your particular playstyle. Not only can you run your normal routine of leveling up your weapons and earning attachments to deck them out to your specifications, but you can also access all of that customization right inside a match now. Sometimes you need a silencer or a different optic on the fly. With the new Gunsmith system, it’s super easy to reassemble your armaments to your needs whether you’re in a match or not, which will go a long way in helping players to adapt to whatever they think the battlefield calls for.

These are some of the hottest new additions to the Call of Duty formula in Modern Warfare, sure to keep you running and gunning for a long time. Do you have a favorite new feature you’ve seen that we didn’t mention? What are you having the most fun within CODMW? 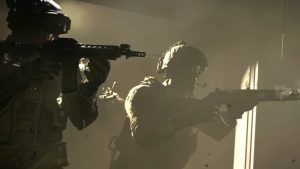 The Call of Duty Modern Warfare Open Beta turned more than a few players into believers in the two weekends it went on. 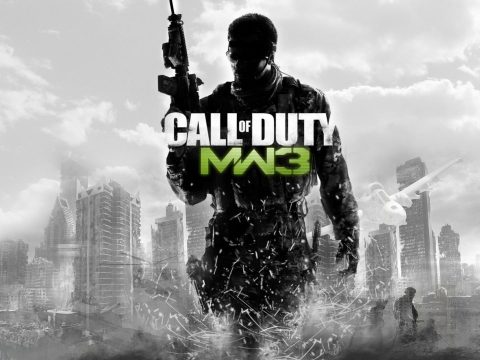 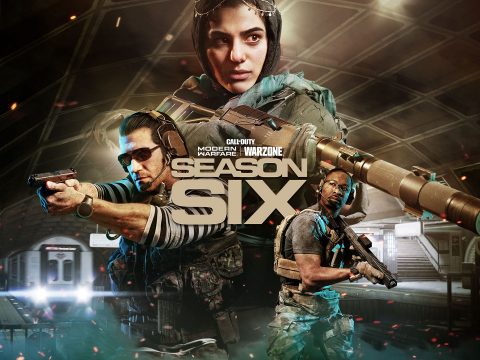 Where To Find All The Bunkers In Warzone Season 5